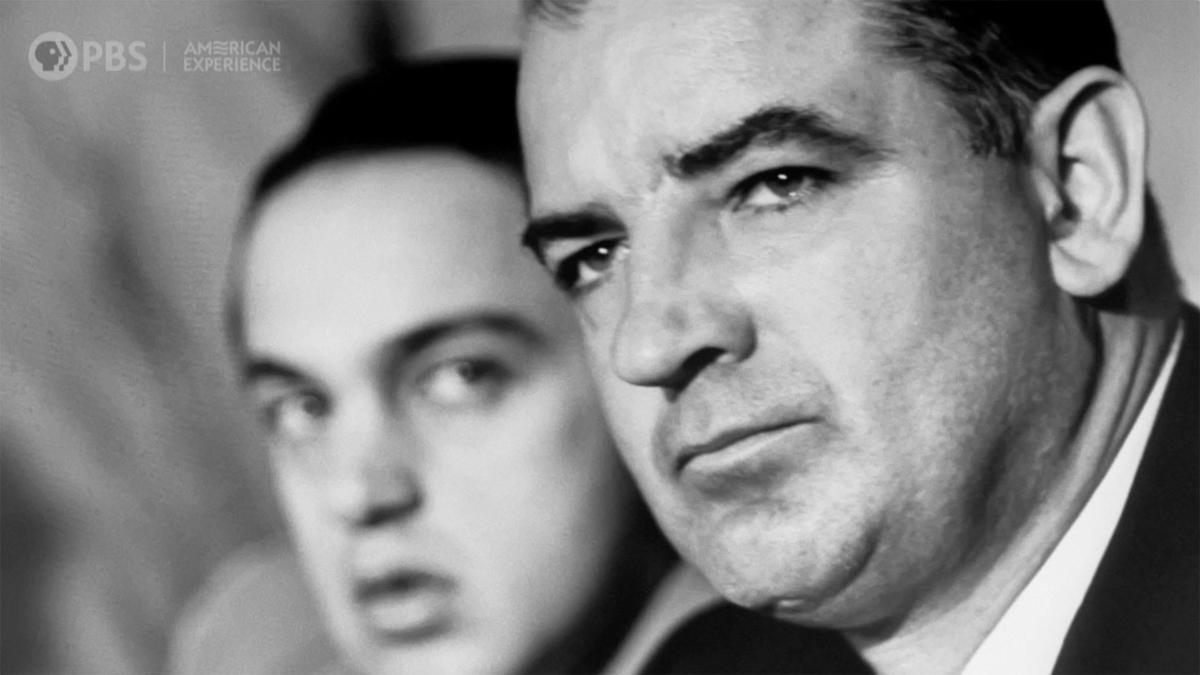 The new documentary 'McCarthy," on PBS' "American Experience," looks at the life of Sen. Joseph McCarthy. 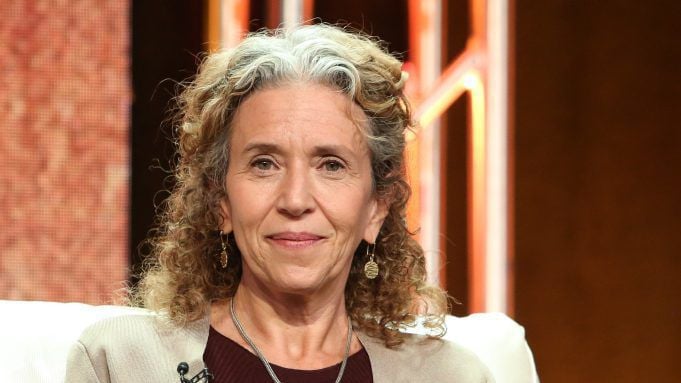 Several years ago, as an executive producer for PBS’ “American Experience,” Sharon Grimberg spent a couple of happy days in Baraboo digging through the archives at Circus World Museum, collecting research for her six-hour documentary “The Circus.”

“I mean, those archives are amazing,” Grimberg said in a recent interview. “There's just thousands and thousands of photos, and then they had all these films, some of which no one had looked at in decades, I think. It’s an amazing resource.”

For her follow-up, some might say she’s focusing on a different circus with Wisconsin ties, although one with much more serious consequences.

“McCarthy,” which premieres at 8 p.m. Monday on PBS (and will be available on PBS Wisconsin’s website afterwards), is a deep dive into the life of the state’s most notorious senator. Sen. Joe McCarthy became the face of the “Red Scare” of the 1950s, manipulating the government and the press with wilder and wilder claims about Communist infiltration of the government, Hollywood and academia.

McCarthy’s political career ended in disgrace, and he died in 1957. But his headline-grabbing antics have provided a playbook for every American demagogue to come along ever since.

An “American Experience” documentary about McCarthy has been a long time coming. When the U.S. Senate released the confidential executive session minutes of the McCarthy hearings in 2003, then-producer Grimberg and “American Experience” executive producer Mark Samuels (a UW-Madison graduate) began talking about using the session minutes as the backbone of a documentary.

“The executive sessions are very interesting, and I think they're revealing and the way that McCarthy operated,” Grimberg said. “He kind of used them as dress rehearsals for the public hearings, to figure out who was going to be interesting to have in front of TV cameras or in front of the press.”

But the meeting minutes weren’t inherently cinematic, and other projects took precedent. When Grimberg left her producer role at “American Experience” a couple of years ago to become a full-time filmmaker, the McCarthy project was one she wanted to tackle.

In researching McCarthy’s life and early political career, Grimberg said she found a politician who wasn’t brilliant or charismatic, or even particularly worried about communism, at least early on. What he was was a hard worker who would out-hustle his opponents and do anything to win, such as when he unseated three-term senator Robert J. La Follette during the 1946 Senate Republican primary. During the campaign he falsely accused La Follette of war profiteering while lying about his own military record – what McCarthy claimed was a "wartime injury" was actually sustained during a raucous party.

“He was an everyman type of a politician,” she said. “I think he talked to people and said, ‘Look, I’m just like you. I’m just an ordinary guy who grew up on a farm.’ He was an incredibly hard worker. He was elected to the Senate because he was just unstoppable, campaigning all the time.

“And he really was kind of a dirty fighter, and he was a terrible liar. He didn’t mind telling lies and distorting the truth and misleading people. And I think that the press had a really hard time keeping up with his untruths. He’d tell one lie, and while people were trying to fact-check that, he was onto the next lie.”

“McCarthy” documents how he bulldozed through Washington, D.C., how he manipulated the press to his own ends, how his fellow Republicans thought he could harness his crusade for their own ends, until he finally became too powerful to control. Grimberg interviews historians and journalists, but also the sons and daughters of McCarthy’s accused, and even Leon Kamin, a former Harvard grad student who was targeted by McCarthy during the Red Scare. (Kamin died in 2017 after the interview was conducted.)

It was when McCarthy went after the Army, angering President Dwight Eisenhower, that the senator was finally stopped in his tracks. But Grimberg sees newsman Edward R. Murrow as another key factor, noting that McCarthy’s approval ratings plummeted after Murrow excoriated him on television.

“Many historians wouldn’t agree with me, but I think Murrow went on TV, that really shocked people,” she said. “He had very specific details about what was going on, and it just didn’t seem right to people. It didn’t sit well.”

Viewers may draw parallels between McCarthy’s tactics and those of President Donald Trump, and indeed McCarthy’s chief counsel, Roy Cohn, ended up becoming Trump’s political mentor. But Grimberg said that she thinks the lessons of the Red Scare are timeless.

“The film is about the fragility of democracy,” she said. “It has to be looked after, and we all have a role in that. People can exploit weaknesses and shanghai democracy for their own interests. That’s what the film looks at – how that can happen, and how people have to step up and stop it. It’s an age-old lesson.”

A new PBS documentary reminds us how much the GOP has changed in 60 years.