When Andrew Hinderaker was a student at Memorial High School, he used to go into the school’s planetarium and stare up at the stars.

“It was only after I left that it occurred to me how lucky I was," he said. "It’s still my favorite planetarium that I’ve ever been in, even now after being to the Adler Planetarium in Chicago and Griffith Observatory in Los Angeles. It was so incredibly special and it’s really where for me a fascination with space began."

Decades later, after a career as an acclaimed playwright (“The Magic Play") and TV writer (“Penny Dreadful"), Hinderaker moved back to Madison a couple of years ago after his partner became a professor at the University of Wisconsin-Madison. But if his feet are firmly planted back home, his head remains up in the stars.

Hinderaker is the creator of “Away,” a new Netflix series that premiered last Friday. The gripping drama stars Hilary Swank as the leader of a multi-national mission to Mars. The show mixes outer-space intrigue as the astronauts from different countries learn to trust each other and work together, with family drama as Swank’s character deals with her chronically ill husband (Josh Charles) and teenage daughter back home.

Hinderaker talked with the Cap Times about returning to Madison, how “Away” embodies the values he learned in Wisconsin, and how those values are at risk in the 2020 election.

How had Madison changed in the 20 years or so since you left?

I could definitely say the food has gotten a lot better. The restaurants here are fantastic. I don't know if I didn't branch out enough before. But there’s just a familiar core, the general sense of kindness. It’s so nice to come back.

What is it like making a TV show from Wisconsin? It sort of plays into one of the big themes of “Away,” of going back and forth and having work taking you away from family.

It really does. I mean, one of the big things in the show was long distance. In the astronauts’ case, extremely long distance. My partner Eileen and I have navigated that distance relationship for 15-20 years. There's a lot of bouncing back and forth. And at the moment, of course, writers' rooms are done over Zoom remotely just like a lot of businesses are doing, so it's actually much more manageable.

There are times of course, I have to be out in Los Angeles or on set when we’re filming. But when we’re not in those situations, I’ve found it to be a virtue. Folks in Los Angeles are oddly excited when you’re not at their beck and call. (Laughs) You seem like you’re more important than you are.

The show isn’t called “Mars” or “Outer Space.” It’s called “Away,” and that word implies the tension of not being somewhere you’re supposed to be.

Absolutely. The project started when Matt Reeves and Jason Katims brought me this beautiful article that they had optioned from Esquire magazine, written by an incredible journalist named Chris Jones. It focused on Scott Kelly and the mission he served about the International Space Station.

And one of the moments that Chris writes about is Scott being up there when his sister-in-law Gabby Giffords was shot, and what it was like to be truly long distance from his family, from the people who he loves, when they needed him the most. And for me, that was so poignant, especially because Eileen, who I mentioned, she lives with a progressive and very terrible disease and she was diagnosed when I was away opening a play.

So that experience that Scott had I could really relate to, where one moment you feel like you're doing exactly what you're meant to be doing, and then the next moment you want to be home. I felt like that could be the core of the show.

[Movie review: In twisty 'Tenet,' audiences won't know if they're coming or going]

Is there talk of doing a second season of "Away"?

That is the hope, absolutely. There's no news to break in terms of whether we know that there will be future seasons, but the plan was always for a multi-season arc. The intention was always to start the first season and end the first season exactly how we did. But part of the reason the show is called 'Away' is we were always interested in that journey, and what happens when they go home. There's this phenomenon among astronauts, it's so fascinating, where home becomes space, and they feel away back home. And, of course, that's amplified in a mission to Mars where you've been gone for three years. You literally are different people when you come back.

Is it a defiant act of optimism to make a show right now about different countries working together for the betterment of humankind?

In Chris's article, part of what I responded to so much is that it felt both intimate and epic. He talks a lot about the International Space Station and how this improbable alliance of the then-crumbling Soviet Union and the United States came to be and how it was, in many ways, a coalition born out of necessity.

The idea that there is a space station where the typical political rules don’t apply, where it frankly doesn’t matter what happens between the United States and the Soviet Union on Earth, and that, in fact, the station was built in such a way that those countries need to work together or it will fall out of the sky and burn up in the atmosphere was to me profoundly hopeful and the best kind of hope, not a naive hope. Because it actually happened.

I feel like so many of the values of the show — how people work together and take care of each other, to the simple idea that we're going to believe in science — were instilled in me when I grew up here. I'm very passionate about particularly fighting for those values, and I really feel like they’re at risk right now. So it's exciting to be putting the show into the world right now, and it's exciting to be here in Wisconsin during this election year.

Monona Bank reinvents its rotunda with a new café

Monona Bank on Atwood renovated its rotunda into a co-working space with conference rooms, a podcasting studio and café run by the owners of Paul’s Pel’meni. 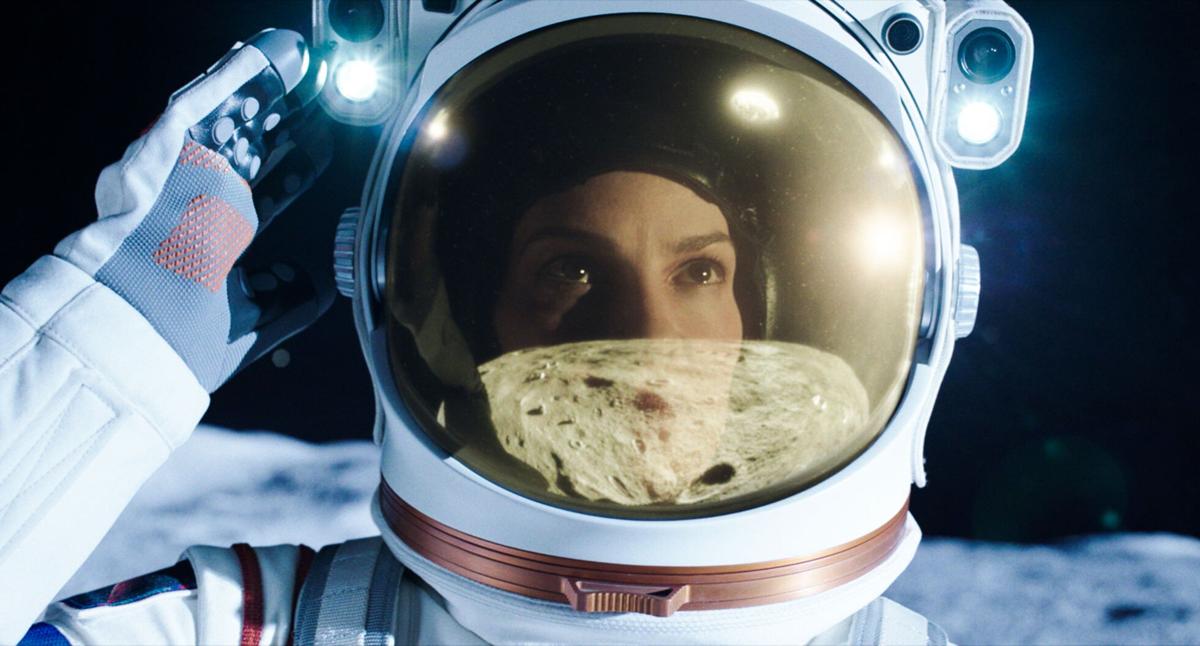 Hilary Swank stars in "Away," a sci-fi drama which recently debuted on Netflix. 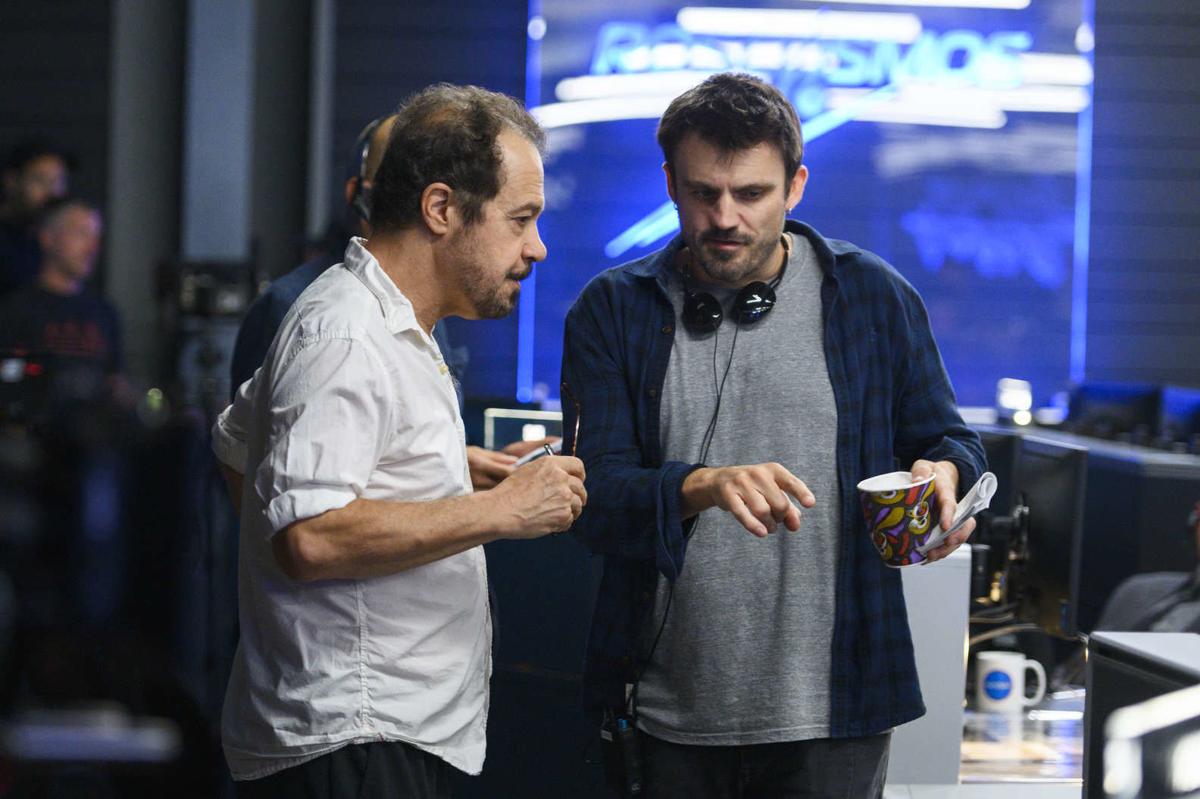 Andrew Hinderaker (center) talks with director Ed Zwick (left) during the filming of the first episode of the Netflix series "Away."