At 10 a.m. on a Monday, the sounds of drums, trumpets, saxophones, french horns and flutes would be heard in the hallway of La Follette High School. In the band room — stuffed with instrument cases and decorated with "Star Wars" and Indiana Jones posters — Mark Cyra, La Follette’s longtime band director, sat in the clarinet section practicing “A Hymn for the Lost and the Living” along with his students.

Local trombonist Darren Sterud would be found at the front of the class, conducting the band so Cyra could play. “I tell the kids all the time that when I’m sitting in with them, it’s not because I’m some incredible musician or player,” Cyra said. “What I provide for them is courage to make an entrance with confidence. I always say, it doesn’t matter if you make a mistake. Make it with guts.”

For many months, before COVID-19 forced the schools to close their doors, La Follette’s band students were prepping for what would have been their spring concert, originally rescheduled for May, which would have also guest featured local professional musicians such as David Spies and La Follette alum Jon Schipper, the music teacher at Madison Country Day. Now that concert, and Cyra’s final performance before his retirement, has been canceled indefinitely.

“It is most certainly saddening and disappointing to have things end this way,” Cyra said. “Not to sound too cliche, but it's almost like performing a piece of music and then cutting off partway through. I think that's particularly burdensome for the seniors.”

After 21 years of teaching at La Follette, this may not be the “closing ceremonies” Cyra was expecting leading into retirement, nor the send-off he was hoping for his seniors. But he says his final year at the high school has not been soured.

“The LHS Band Senior class and I are still going to try and get together for a Zoom meeting later this month to share the senior slideshow and announce the senior band award recipients,” Cyra said. “Plus, getting to teach alongside Darren, and watching students grow this year through winter concerts and jazz ensembles has been amazing. It makes it very difficult to leave.”

[Madison's Opera in the Park will go online this summer]

Cyra and Sterud have been co-teaching band at the high school since 2004, just after Sterud graduated from La Follette. Sterud has been a world-traveling musician since age 16, performing with The Jimmys and Mama Digdown's Brass Band and starting his own 18-piece jazz orchestra. But he says teaching with Cyra has been one of the greatest joys in his career.

“The man is like a second father to me,” Sterud said of Cyra. “I model a lot of what I do in the classroom these days off of how he taught me.”

The team teaching is a method Cyra latched onto during his first years as a student teacher at McFarland High School. While Mark stood at the podium as conductor, two music directors would be in the ensemble playing with the kids.

“One of the best things you can do for your kids is model for them,” said Cyra, who has also brought in teachers from Whitehorse and Sennett Middle Schools to help teach at La Follette. “And it helps to surround them with teachers who have different tools in their musical tool kits.”

“Mark has created a really lovely working relationship and friendship between the music teachers in Madison,” added Katherine Punwar, a former music teacher at Sennett. “To say Mark is passionate about music is an understatement, and his compassion as a teacher is evident in the relationship he builds with students.”

Sterud says that music teachers have a special privilege in their ability to be a trusted confidant for those they teach, fostering a classroom environment that’s based on emotion, creativity and the acceptance of mistakes.

“For some students, a music teacher may be the only trusted adult figure they have in life,” said Sterud, who is being strongly pursued by the school to fill Cyra’s role as band director. “I’ve found over the years that if a kid is struggling, they’ll come talk to me and I’ll talk to the parents if there’s something seriously wrong. Mark did that for me, and because of him, now I do it for my students.”

“That’s one of the reasons I went into music education,” Cyra said. “I had a very kind and supportive high school band director we all used to call ‘Uncle Bob.’ He showed me that while there’s so many unhealthy things kids can get wrapped up in high school, music is one healthy way to channel emotions and make a connection with someone else.”

After two decades of training the musicians of tomorrow and MacGyvering band uniforms when there was no one else to hem the seams, Cyra’s time as a music educator is coming to a close. Though he has not decided whether or not to step into his long-time mentor’s shoes, with Sterud, the mentorship will continue as he plans to continue teaching, paying tribute in his own way to Cyra.

“Mark’s impact on this school, program and district is unmatched by any other band director I know,” Sterud said. “The people that do this job have to really care about it, and Mark does. The students and the community are better because of him. He is leaving a true legacy at La Follette.”

Though quarantine is still in effect, Sterud is hopeful that he and the students can pull off one last performance for Cyra, to show support for the effects of not only public music education, but also appreciation for “one of the greatest music teachers in this city.”

"And of course Black lives matter. Do we think our little white a**es are the only ones that matter? No!"

Harmonious Wail vocalist asking for your vote in singing contest

Maggie Delaney-Potthoff is one of 10 semifinalists in an AARP contest after entering less than an hour before the deadline. 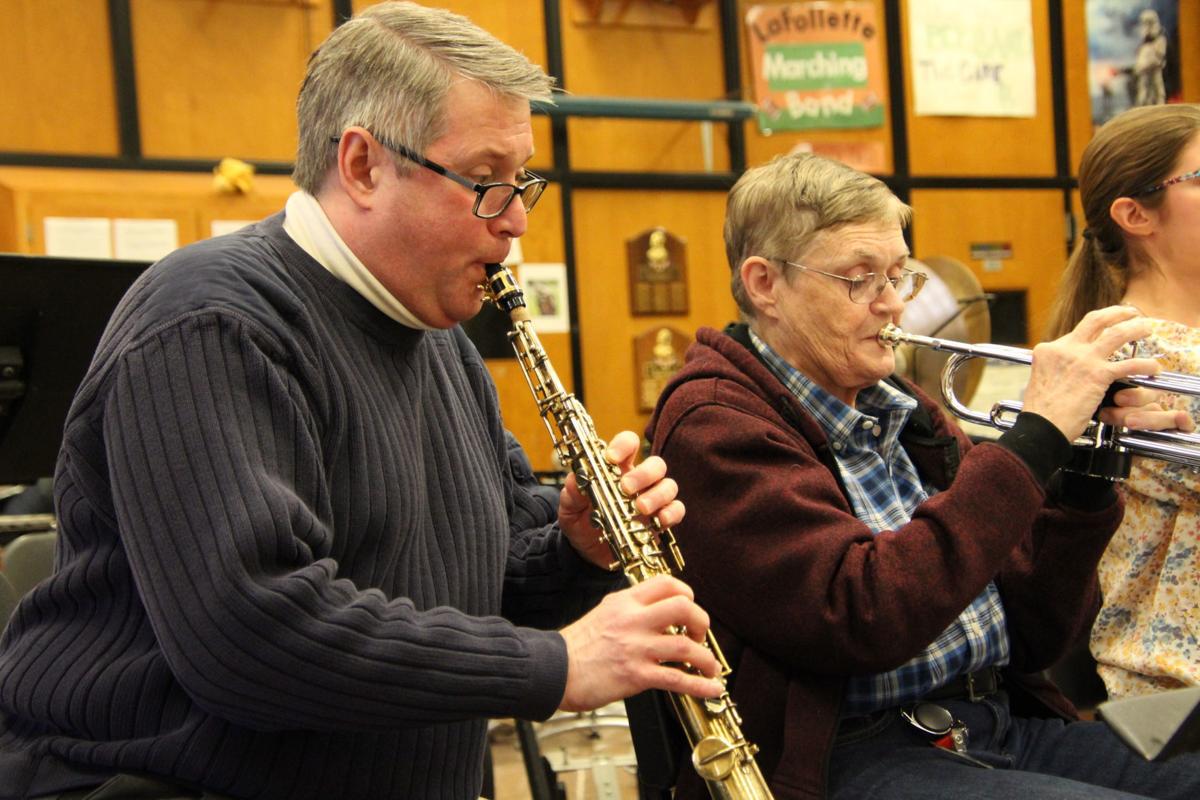 Mark Cyra and Julie Sherwood help the band at La Follette High School rehearse for their Spring Concert, which would have been Cyra's last before retirement. The concert was canceled in the wake of COVID-19, but Cyra hopes to do some kind of final event with his students before the end of the school year. 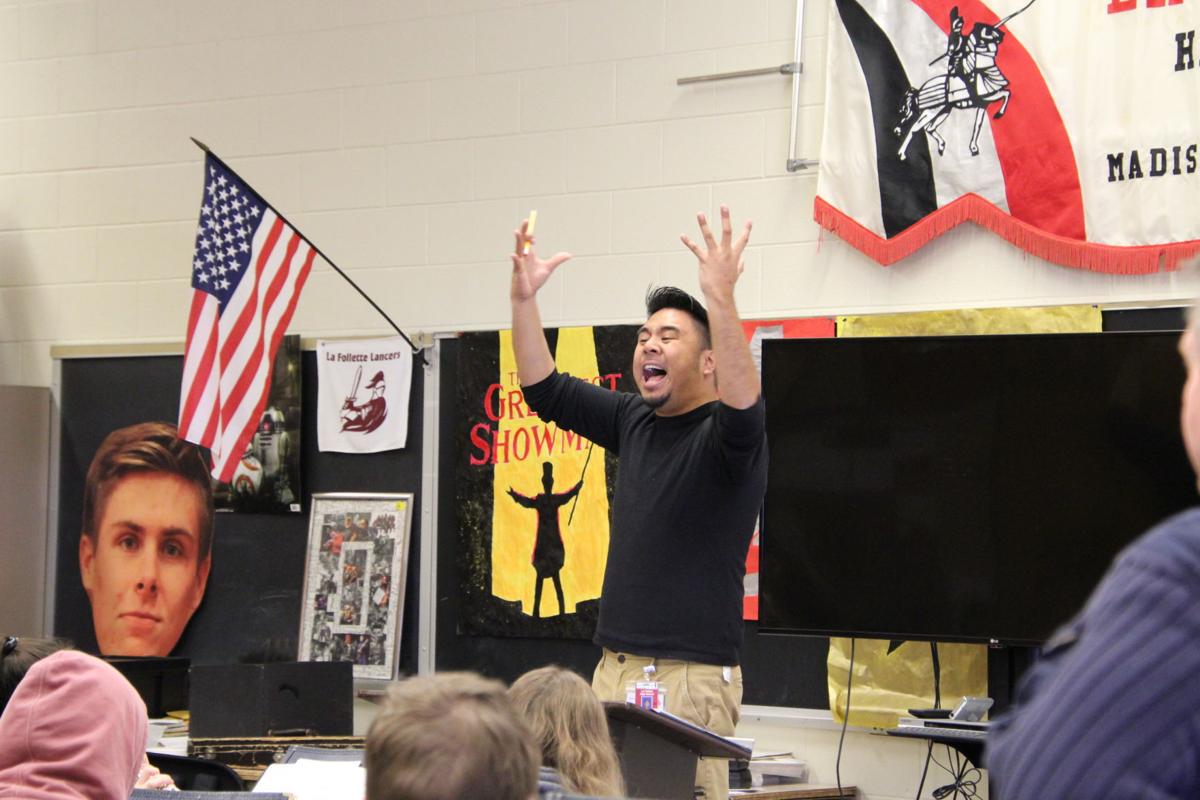