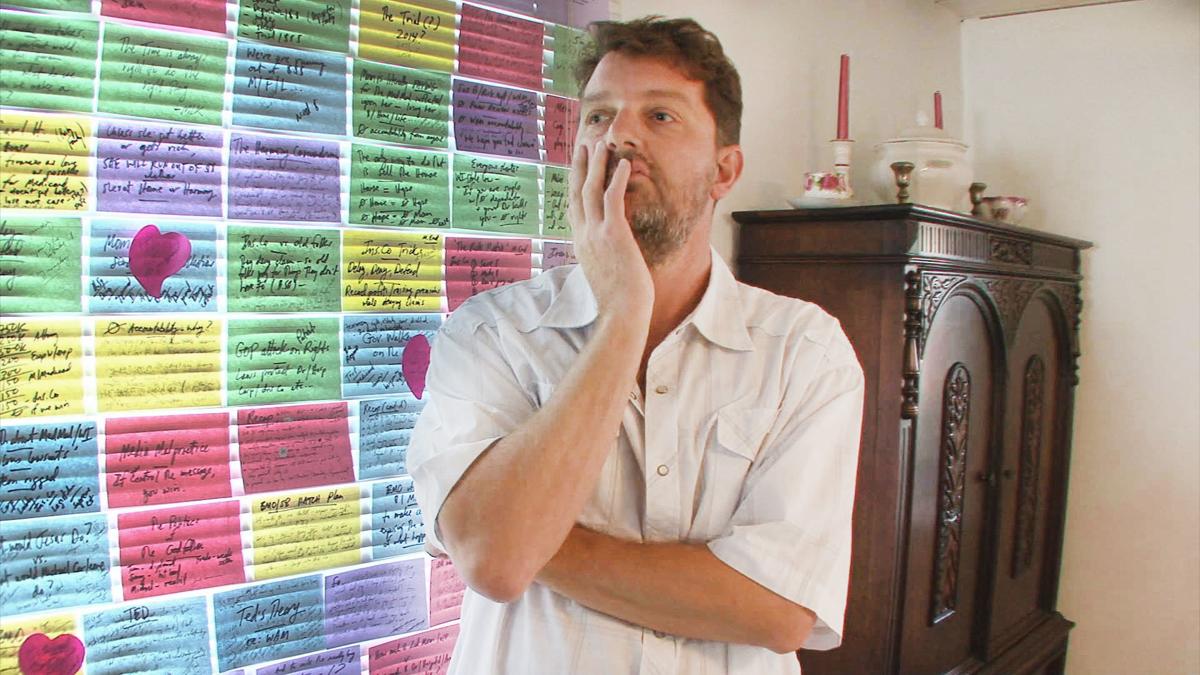 UW-Madison graduate Steve Burrows' new film is a documentary, "Bleed Out," about the medical malpractice suit he filed on behalf of his mother. 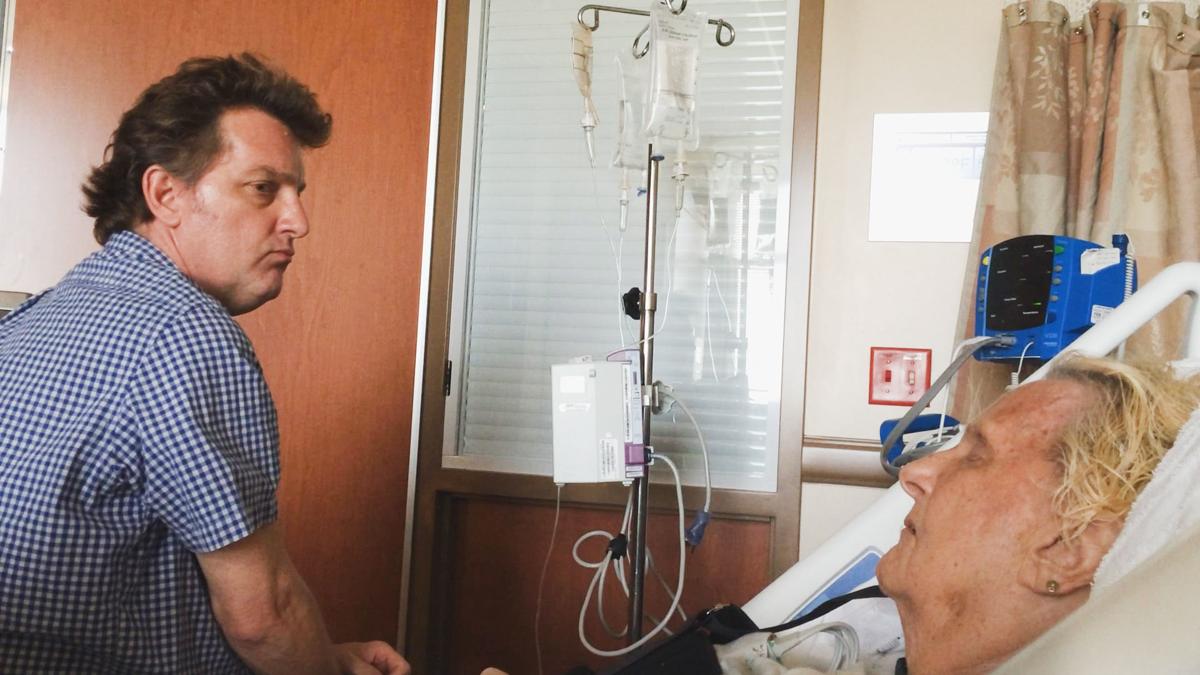 Steve Burrows' mother, Judie, spent weeks in a coma following a hip replacement surgery that went wrong, causing her to lose half of her blood supply.

The University of Wisconsin-Madison graduate first made a splash as a filmmaker with “Chump Change,” a cheerful and fast-paced comedy based on his own experiences as a struggling actor in Hollywood. The 2004 film premiered in Madison at the Wisconsin Film Festival.

But his follow-up film couldn’t be more different. In 2009, Burrows’ mother, Judie, went into the hospital in Milwaukee for what should have been a routine hip replacement. But something went wrong. She lost half of her blood supply on the operating table, went into a weeks-long coma and emerged with brain damage and long-term disability issues.

Burrows and his family filed a medical malpractice suit against the doctors. The documentary “Bleed Out” follows his decade-long quest to seek answers, and justice, for what happened to his mother. What he found was a health care system averse to accountability, and a legal system designed to protect doctors and hospitals at the expense of patients.

“Bleed Out” was acquired by HBO and is screening on the cable channel for the next couple of weeks, including at 10:30 a.m. Sunday, 10:50 a.m. Wednesday and 2 p.m. Friday, as well as on demand on the HBO app.

Burrows, on a swing through Madison, talked with the Cap Times about making the film, how the health care system needs to fix itself, and whether he can ever go back to comedy:

This project started out of necessity, with you filming your mother in the hospital as evidence for your court case. How did you transition from that to making a feature film?

I was very dutiful with our attorneys. They told me to film my mom’s pain and suffering, which was brutal. She comes out of this coma and I have to put this camera in her face. It was hard.

And then somebody gave me this book, “Unaccountable,” by Dr. Marty Makary. He did this long-term study that said medical error is the third leading cause of death in America. I thought this was just a personal thing that happened to us, to my mother. And, as you can see in the film, is still happening to her.

As a filmmaker, how do you tackle such a big amorphous issue like this? There’s a lot of information in the film, and a lot of things happen in the film, legally and medically.

I had a lot of help, especially editorially. I was pretty comfortable telling the personal story, and I knew the universal story would be equally important. But I wasn’t sure how to actually do that. I had three different people work on the film editorially, and the last one, Jill Schweitzer, was very good at this. She felt that she could sprinkle it through the entire movie.

I was so afraid of “teaching” people or being preachy. We wanted to present the information in the way that we found out about it, in an organic manner.

I had so many hours of footage. I began to experiment with filming certain family things. People with more experience in documentaries said interview your aunt, your wife, your sister. I filmed a couple of key incidents, like my mother driving.

That’s a great scene. You really get a sense of the connection there between you and your mom.

We had no idea that was going to be funny. She had been calling me for a year begging me to take her driving. So I figure I’ll do it to show her that she can’t do it. And it totally backfired. By the end of it, she thought she had done okay. I didn’t even want to put it in the movie, and my editor said “Are you crazy? That’s you and your mom.” What do I know?

What of your skills as a comedic filmmaker translated to this?

I started as an improviser, and when I wasn’t satisfied with the improvisations, I wanted to write it so it would be funnier. When I wrote scripts, I wrote an outline to keep my head straight and know where I was going. So on this project, even though we didn’t know where it was going, I wrote an outline just to keep track of things. Because as you say, it’s so complicated — the medical, the legal, the personal, the universal.

How did HBO get involved?

I just had hundreds of hours of footage sitting around. This project was dead several times over. I didn’t have money to make it and I was getting dejected. I quit a couple of times. A friend of mine knew some professional documentary filmmakers said I should cut a “sizzle reel.” Cut together a seven- or eight-minute piece of what the movie might be.

That’s what we took to HBO, and they said, "We want to help you make this.” They set me up with some great opportunities. It really helped give us some gravitas. All of a sudden I was working with people I really knew what they were doing.

In some ways, it’s a straightforward story. You don’t go in for hip surgery and come out in a coma. What happened? We’re still trying to find out.

So what’s the remedy?

The good doctor Makary and the Mayo Clinic have an easy fix for all this. When something goes wrong — accountability, transparency and apology. When planes go down and there’s a crash, the whole pilot community shares everything. They study everything and they make sure that everybody in the airline industry knows. That kind of open transparency thing actually works.

What happens next with the film?

I’m never going to give this issue up. It’s in my blood now. I want to continue to screen the film. They’re talking about having screenings at hospitals. This isn’t an anti-doctor film. It’s pro-hospital, pro-doctor, pro-nurse. I can’t wait for doctors and nurses to see this movie. Because they’ll say, “That happened? We can do better than that.” I’m hoping people can learn from it.

I want my mom’s pain and suffering to count for something. She knows there’s a movie, but I could never show her this movie. It’s just too brutal. She’s a hero to me.

I sure would love to get back to comedy. I saw “Animal House" was on recently, and I was like, "Oh my God, I miss laughing and making people laugh." That has been pushed aside. That’s what I need now.

But I don’t know if I’m going to be able to do straight comedy again. Everything is different now.