Bill Dixon won’t be running to see Jason Reitman’s film “The Front Runner.” Even though he’s in it.

The film, which opened Tuesday in New York and Los Angeles and is scheduled to open in Madison on Nov. 21, recounts the implosion of Colorado Senator Gary Hart’s presidential campaign in April 1987. At the time, before the 1988 primaries, polls had him up over 40 points over then Vice President George Bush.

But he became embroiled in a personal scandal after reporters discovered allegations of infidelity, most notoriously of Hart cavorting on a yacht called the Monkey Business with Donna Rice. A media feeding frenzy followed, and Hart quickly became a late-night punchline. The scandal, which included Miami Herald reporters staking out Hart’s Washington, D.C. townhouse, is now seen as a turning point for how the private lives of politicians are covered.

“I think my wife and children are more interested in seeing it,” Dixon said in a phone interview last Monday from Arizona, where he lives part of the year. “I may put on a dreadlocks wig and shades and sneak into a matinee someplace. But I’m not excited about it and I’m not worried about it.”

“The Front Runner” is based on a 2014 book, “All the Truth is Out,” by Matt Bai, former New York Times political correspondent and Yahoo!’s national political columnist. Dixon was interviewed by Bai several times while he was working on the book.

He also had “a half-dozen lengthy conversations” with Reitman (“Up in the Air,” “Juno”), who also co-wrote the screenplay. But the person he spent the most time with during the whole process was Simmons, the Oscar-winning actor from “Whiplash” who has been in several of Reitman’s films.

“He’s a delightful guy and he’s got a good sense of humor,” Dixon said, and then imitates Simmons. “'So you’re going to see what it’s like having a 60-year-old bald guy playing you when you were 40 with a head full of hair,’ he said.

“He asked the right questions,” Dixon said. “The questions he asked usually ended up in laughter, because he was just a pleasant guy.”

For his part, Simmons said in an interview that Dixon was very generous and helpful to him in playing the role.

“He’s a very accomplished guy and a swell guy and a family guy (Simmons said of Dixon), and one of many people who unfortunately will never be mentioned in the national press without saying 'You remember him. He was part of that debacle in 1987.'"

While Dixon enjoyed his experiences working with Simmons and Reitman, overall he isn’t wild about the idea of a fictionalized movie being made about the experience. For example, in the trailer there’s a quick shot of a black-and-white photo of what looks like Rice and Hart kissing. The photo doesn’t exist, Dixon said.

“I talked to Gary when they said they were going to make this movie, and neither of us was happy it was going to be made,” Dixon said. “First of all because it’s fiction, and second of all, nobody is ever happy with how they’re portrayed in a movie. I don’t expect to be happy with how I’m portrayed.”

Dixon said he believes Reitman delivered a finished copy of the film to Hart, but doesn’t know what his reaction was. The 82-year-old Hart celebrated his 60th anniversary with his wife, Lee, this year.

In any event, Dixon said he can’t be worried about a fictional portrayal of 1987 when there's so much to worry about in real life in 2018. Dixon's Arizona cabin is about 15 miles from the U.S.-Mexico border, and Dixon occasionally donates his legal services to refugees seeking asylum.

The contrast between Hart and the current occupant of the White House is striking, Dixon noted.

“It’s really hard to concentrate on a fictional thing I’ve known about for two years when we have a racist, lying, evil president in office who appears to hate everyone who is not a heterosexual rich white man,” he said. “Gary is one of a long number of people who I’ve worked for in politics, all honorable and honest people who wanted government to work for everyone.

“With Donald Trump, we’re in a terrible place in this country and in this world and it’s a lot worse than it was 30 years ago. How we got from there to here remains a puzzle to me. Maybe it is time for these events to be looked at, even if it’s in a fictional way. Maybe it’s time to look back at when politics were different.”

Heidi Grace Engerman, 19, has landed a part in “Candyman,” a horror movie coming to theaters this summer from producer Jordan Peele, well known for his previous hits, “Get Out” and “Us.”

What to stream: 12 theater-quality new releases coming to your home screen

Is your coronavirus home theater looking for new product? Bruce Miller is here to help you refresh your collection.

The wine movie is not exactly known for a bouquet of tasting notes. From “Wine Country” to “Bottle Shock,” they are usually light, amiable movies that amble through sunny fields of vines. “Sideways,” of course, is the choice vintage, but most come and go about as quickly and breezily as a bottle of pinot.

NEW YORK (AP) — Matthew McConaughey has gone from advertising for going out and driving to selling people on staying home, and says that successfully navigating this crisis could bring great things from Hollywood and humanity.

The Call of the Wild - Christopher Michael Sanders

LOS ANGELES (AP) — “Wicked” fans are going to have to wait even longer to see Stephen Daldry's film adaptation of the popular Broadway musical. Universal Pictures on Wednesday announced that another handful of theatrical release dates are shifting due to the coronavirus pandemic, which has bumped “Wicked” off the calendar entirely for the moment.

Stars of 'Contagion' reunite for a PSA

NEW YORK (AP) — The stars of the 2011 virus thriller “Contagion” — a prescient film these days — have reunited for a series of public service announcements to warn about COVID-19.

NEW YORK (AP) — Even progressively minded movies about abortion have usually focused on the morality of the decision. Eliza Hittman wanted to make a film where the highest hurdle isn’t deciding to have an abortion. It’s getting it.

Until further notice: Madison businesses struggle to deal with the coronavirus fallout 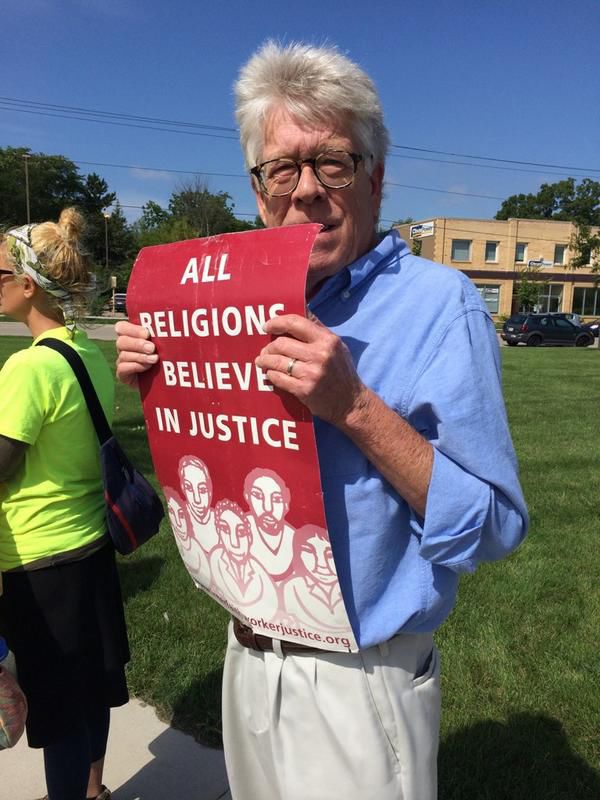 Madison lawyer Bill Dixon protests for a $15-per-hour minimum wage at a 2014 rally. 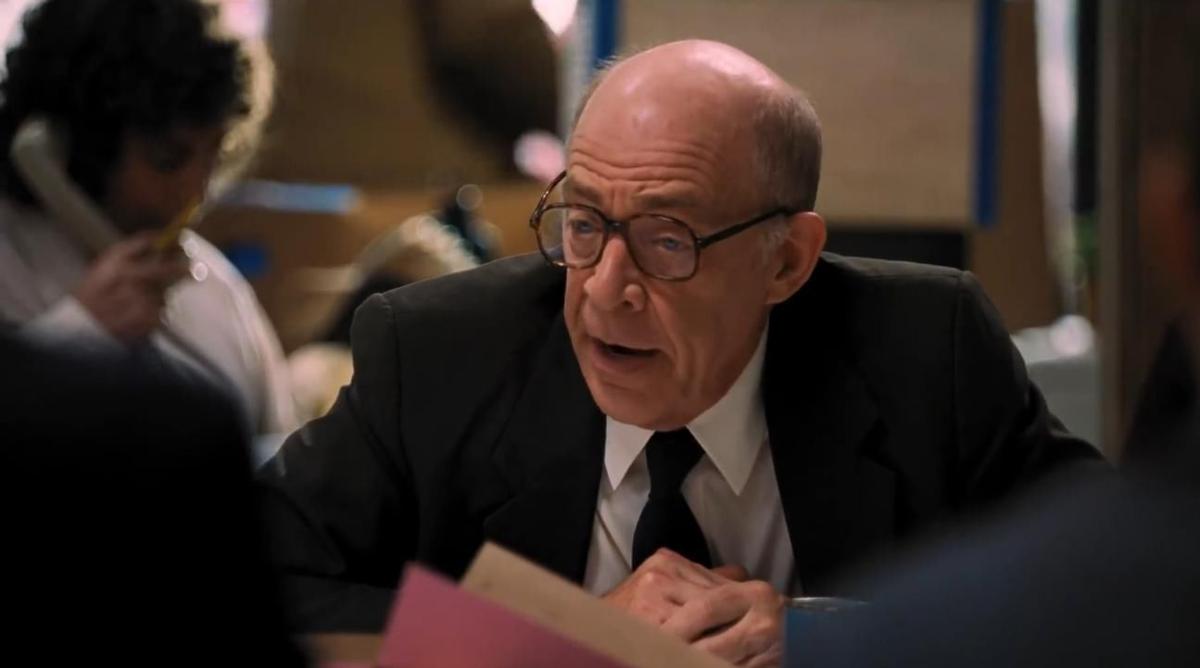 Actor J.K. Simmons portrays Madison lawyer Bill Dixon, who served as Gary Hart's presidential campaign manager in 1987, in the film "The Front Runner." It is scheduled to be released in Madison on Nov. 21.