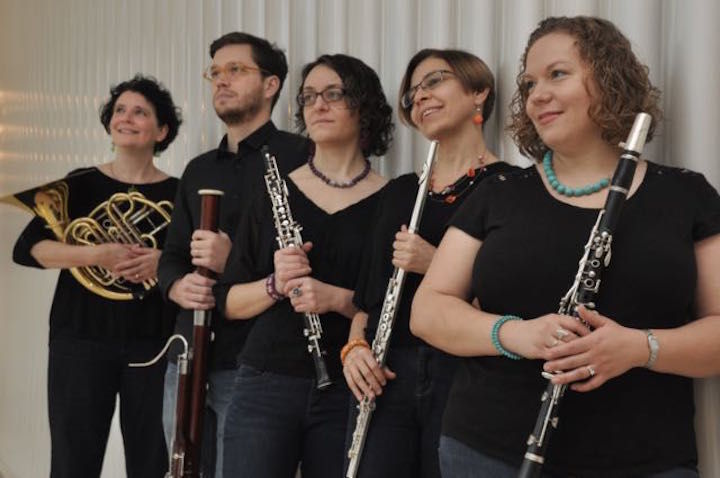 Black Marigold is a Madison-based wind quintet who commissioned a new piece inspired by Wisconsin beer. 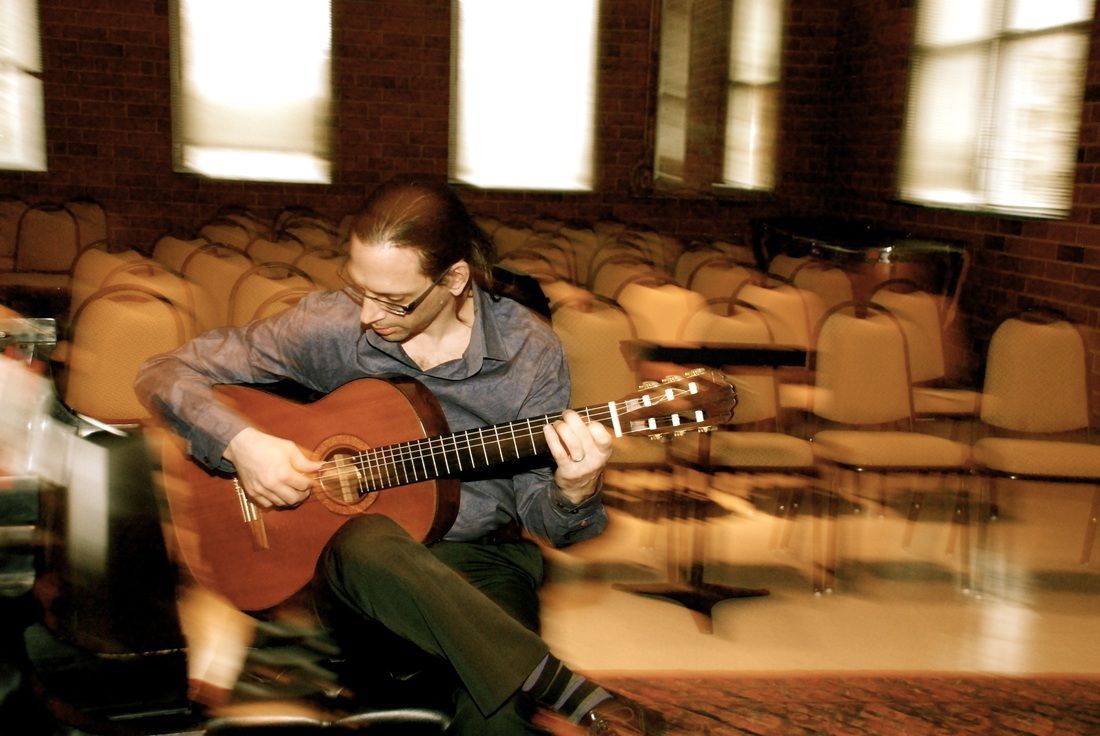 Composer Brian DuFord sampled over 50 Wisconsin beers with members of Black Marigold to draw inspiration for the piece.

Black Marigold is a Madison-based wind quintet who commissioned a new piece inspired by Wisconsin beer.

Composer Brian DuFord sampled over 50 Wisconsin beers with members of Black Marigold to draw inspiration for the piece.

Don't be surprised if you listen to the local wind ensemble Black Marigold this summer and develop a strange but welcome taste in your mouth — a hefeweizen by Ale Asylum or an IPA from Karben4.

“The idea originated from a Facebook message from Brian a couple of years ago, jokingly suggesting he compose a piece about Wisconsin’s beer heritage for us,” says Kia Karlen of Black Marigold. “What started as a joke two years ago is now a reality.“

This will be the first commission for the group, just four years old. “There are so many reasons to make this music about beer,” says DuFord. “Beer has such a long history, especially in Wisconsin and the Madison area in particular. It’s social and music is social. It just makes sense.”

The piece will be like a narrative of the Madison area blended to the sound of music, but it will also incorporate the personalities of each of the musicians.

“This is much different than an orchestra,” DuFord says. ”With chamber music, you can’t hide. You have to engage with the audience and talk to people.”

And DuFord’s right — this is much different from a traditional orchestra piece. DuFord, a New York native, spent his first two days on the project touring local Madison breweries and brewpubs, taking notes about each of the brews with the Black Marigold members.

To help make the beer more relatable, DuFord had a strange list of questions for Black Marigold to assist him in finding a visual for the beers that go beyond the brewer’s description or from the traditional ‘it’s nutty’ or ‘it tastes like chocolate’ responses.

For each beer the Black Marigold members tasted, they had to answer prompts like "If this beer could be any color, what color would it be?" and "If the beer could have a sound effect, what would it be?" Or how about "What animal is this beer?" "What landscape?" "What weather?"

Then, through free association, each Black Marigold member would speak openly about what the beer made him or her think about. “There are no wrong answers,” DuFord says. “One beer we said was the Han Solo of beers. That’s taking something abstract and making it concrete.”

In doing so, DuFord is able to create music with which the audience is better able to connect. “We want people to listen to the music and think, ‘Oh, I remember having that beer,’ and then connect with the music based on their experience with it,” DuFord says.

With DuFord’s direction, Black Marigold will play pieces that fits each member’s personality. “I know them, I’ve drank with them, I’ve spent time with them,” he says, “which isn’t always the way commissions work with composers.”

Fitting five wind instruments and five different personalities into a slew of songs isn’t always easy to do. “Some ideas you have to jettison because it didn’t work the way you imagined it. So you have to rethink,” says DuFord. “The thing about creative ideas is that they start off big and then they are narrowed down to what is attainable, yet still very exciting.”

As for the end result, Black Marigold will play at a number of venues like the Chazen during its Sunday Afternoon Live series later this summer. Additionally, a specialty beer will be brewed for the project. Jim Goronson of Parched Eagle will put a “Black Marigold” spin on his Alfred Black Rye Imperial Saison, which will be released when the composition premieres.

The published composition will be available for performance by chamber music groups internationally. Pending funding, Black Marigold will produce a CD of the piece for distribution through online and local retail outlets and available for download through the Madison Public Library’s statewide Yahara Music Project

“We hope the audience is intrigued to have more diverse music as part of normal life,” Karlen says, “And beer too, of course.”