Some are rural, with antlers on the wall. Others, like Madison’s own Smoky’s Club, are thoroughly urban.

They often focus on steak and fish fry, with a salad bar and or a relish tray and ice cream drinks for dessert (after your brandy Old Fashioneds, of course).

Some clubs are swankier than others. A supper club might serve oysters rockefeller as an appetizer or have a reputation for creative German-style tortes.

In any case, like many upper Midwesterners, Mary Bergin knows one when she sees one.

"It was hard to put everybody in one basket for this," said Bergin, whose "Wisconsin Supper Club Cookbook" was published Sept. 1 by Globe Pequot Press.

"With the way food preparation (and) food products have evolved, some supper clubs don’t have the recipes anymore," she said. "You can buy things premade. The ones that continue to do dishes from scratch, as with a lot of the restaurant industry, have become very special."

Bergin, a longtime travel writer and former features editor for The Capital Times, had a fast turnaround for her latest book, which she researched and wrote in fall 2014. Pequot tapped her to write it that September, with a deadline by the end of the year. The subtitle is "Iconic Fare and Nostalgia from Landmark Eateries."

The number of supper clubs has lessened in recent years, as smaller town clubs succumbed to competition from chain restaurants and rising food costs.

But Bergin still had plenty of material to narrow down. She arranged the book geographically (Northern, Central and Southern Wisconsin) and deliberately looked for signature dishes as well as beloved classics.

She contacted supper clubs directly to see who might be willing to contribute a recipe. Ideally, they were already scaled down for home cooks, meaning less work to be done in recipe testing.

Bergin also relied on her own experiences, visiting additional restaurants "to get a sense of place and meet people."

The book’s subjects include some of Wisconsin’s oldest establishments. Red Circle Inn and Bistro, a former stagecoach stop in Nashotah, has been open since the late nineteenth century. It serves frog legs and veal, and offers at least "six choices of fresh fish per night."

"You have to evolve," Bergin quotes owner Norm Eckstaedt, though he also notes "a resurgence back to classic dishes."

A recipe for a decadent dessert drink at the White Stag Inn in Rhinelander combines Kahlua, brandy, Frangelico and crème de cacao with a few heaping scoops of vanilla ice cream.

Dovetailing with Bergin's recent experience writing a food lover's travel guide to Germany, the cookbook contains several recipes for tortes, including a strawberry schaum torte with an airy meringue torte.

Bergin herself enjoyed the recipe from Prime Steer Supper Club in Kaukauna for a copper carrot salad containing vinegar, vegetable oil and a can of tomato soup.

"I looked at the ingredients and thought, man, this is going to be awful," she said. "But it’s just wonderful. It’s a 50-some-year-old recipe, still on the salad bar."

With recipes for chicken cordon bleu made in puff pastry, blue cheese chips with bacon, steak Diane and Plantation Supper Club’s "Cheesys" — onion, mayonnaise and Swiss cheese on cocktail bread — "this is not a low calorie cookbook," Bergin said.

Bergin also highlights newer, updated versions of the supper club, like Joey Gerard’s, a Bartolotta group restaurant with locations in Mequon and Greendale near Milwaukee, and The Edgewater, on the Rock River in Jefferson.

The Edgewater bills itself as blending classic supper club cuisine with "a farm to table ethic." Bergin pulled the Millis family’s recipes for Hungarian mushroom soup and "Festive Pheasant," which includes a vinegar-based brine for wild birds and sweet red wine in the sauce.

"I think of The Edgewater as an example of how supper clubs are evolving," Bergin said. "We want to give them a neat definition and dismiss them as one kind of experience."

Locally, in addition to Smoky’s and Toby’s, Bergin gives room to Kavanaugh’s Esquire Club on the north side (beer and cheese spread, mint torte) and the Avenue Bar, recently renamed Avenue Club and The Bubble Up Bar.

"It was interesting to try to deal with the changing nature of the Avenue given my book deadline," said Bergin, whose final proofing came around when news of major changes broke.

While observing these kinds of changes, Bergin’s book capitalizes on a growing nostalgia and affection for supper clubs.

Ron Faiola’s book and film, "Wisconsin Supper Clubs: An Old Fashioned Experience," dropped the same time as a book by David Hoekstra called "The Supper Club Book: A Celebration of a Midwest Tradition."

DeRuyter and Bergin will appear together at an event at the Dorf Haus in Roxbury, set for Thursday, Oct. 1. DeRuyter will screen her film and sell DVDs, and Bergin is set to sign copies of the new cookbook. Attendees’ $40 tickets will buy them a German-style supper club buffet and a Grasshopper for dessert.

"Some supper clubs I know of are up for sale," Bergin said. But others, like Schwarz Supper Club of St. Anna in Sheboygan County, pack diners in every weekend.

"I know of people who go every Friday night," she said. "They get there early and intend to stay four hours.

"There’s a wonderful sense of community. You talk to strangers at the bar. There are places that have not changed a bit, or hardly at all."

$40 (includes meal and a grasshopper for dessert)

6:30 p.m. Supper Club Buffet to include liver paté and Rouladen (both recipes in the cookbook)

From the Avenue Bar in Madison. Serves 4.

Melt butter in a large sauté pan. Add onions and garlic and sauté four to five minutes, until the onions begin to lose color. Add potatoes and continue to sauté a few minutes longer.

Add lima beans and corn. Cook another five minutes. Add bacon and sprinkle with salt and pepper. Remove from heat and serve.

Blend or whip the first three ingredients. Pour into a serving glass and garnish with the cherry.

In the past decade, new books and films have led young diners to rediscover Wisconsin’s small town gems. Lovers of fish fry, Old Fashioneds and prime rib, find some new favorites this summer. 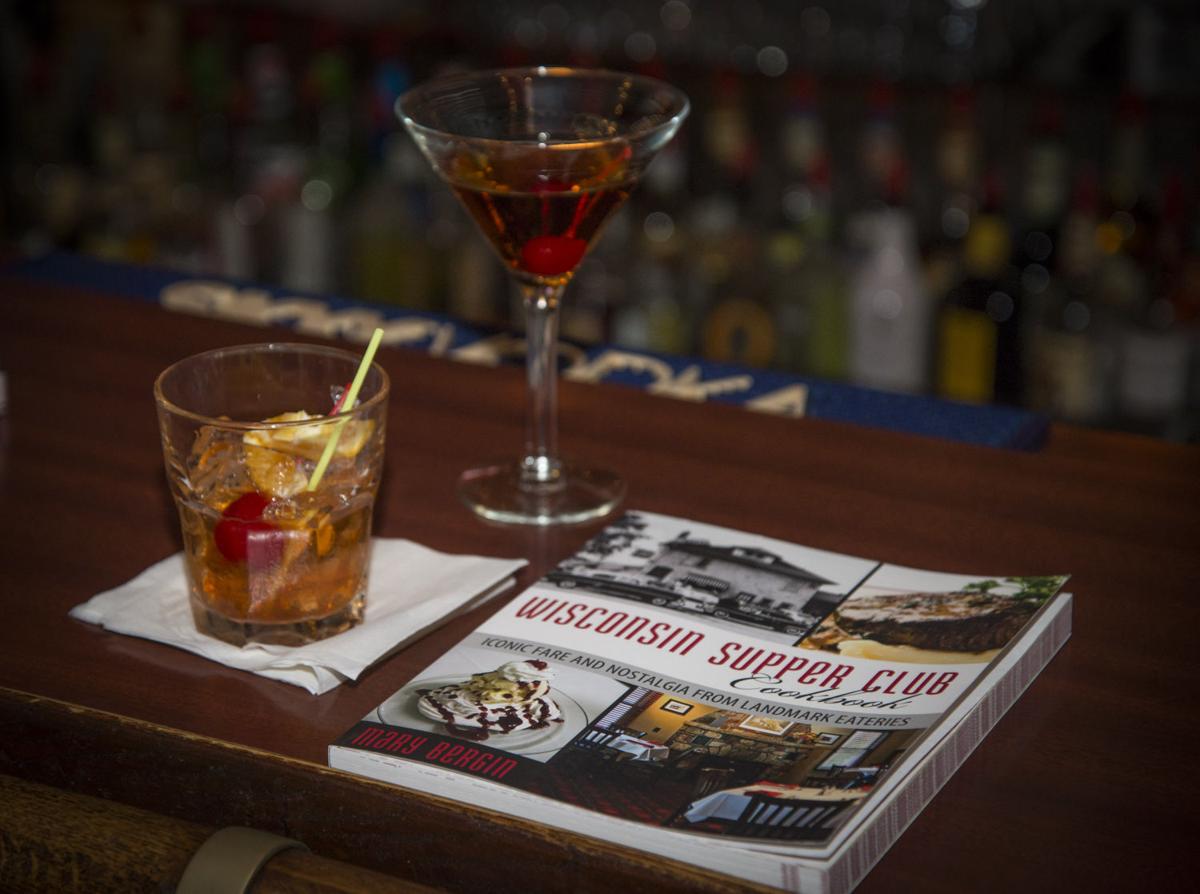 A new cookbook from Mary Bergin celebrates the Wisconsin supper club in many forms, from carrot slaw to steak Diane and ice cream drinks. 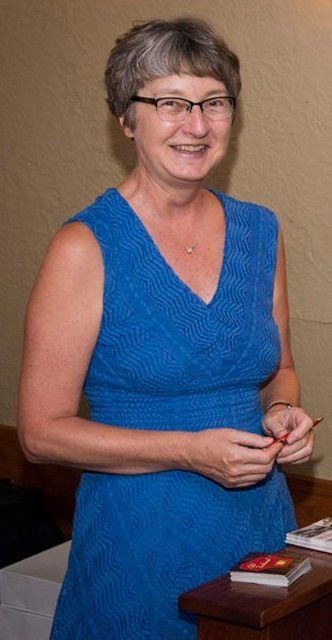 Author Mary Bergin signed copies of the "Wisconsin Supper Club Cookbook" at Smoky's Club last week. In the book, she notes the steakhouse's "habit of accumulating glitz, kitsch and critters for decor" and provides recipes for a Bloody Oscar (with bacon-infused vodka) and cottage cheese with caraway seeds. 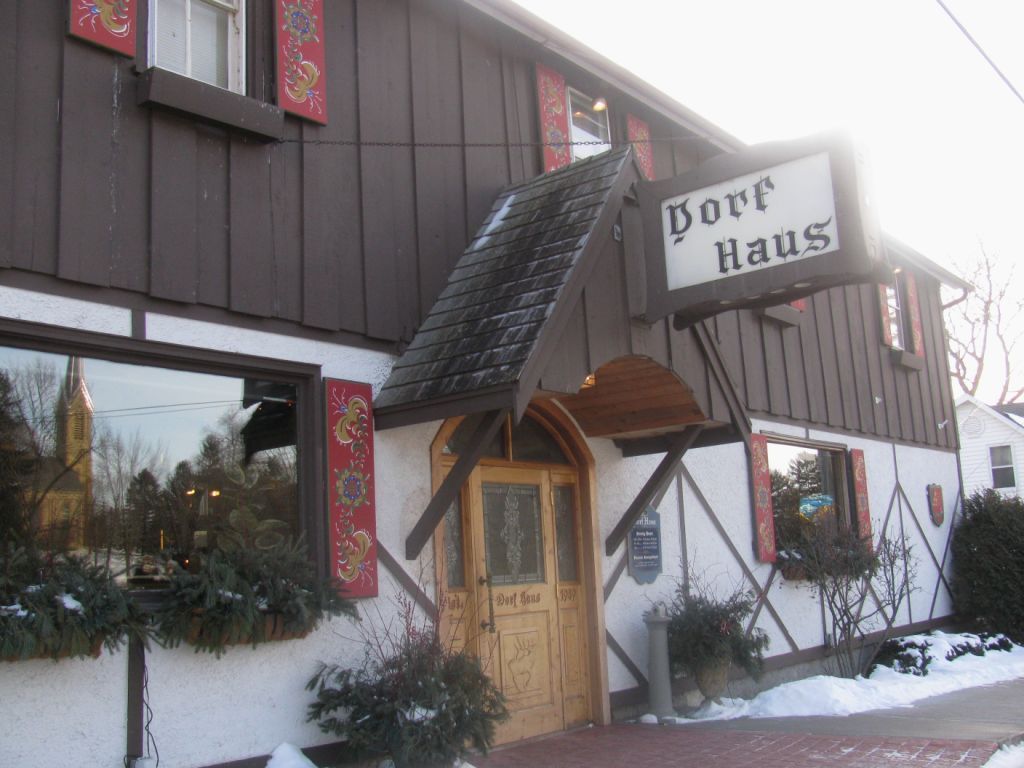 Dorf Haus Supper Club is among the restaurants featured in Mary Bergin's new supper club cookbook. An event there on Thursday, Oct. 1 will include a book signing and a screening of new film, "Old Fashioned: The Story of the Wisconsin Supper Club." 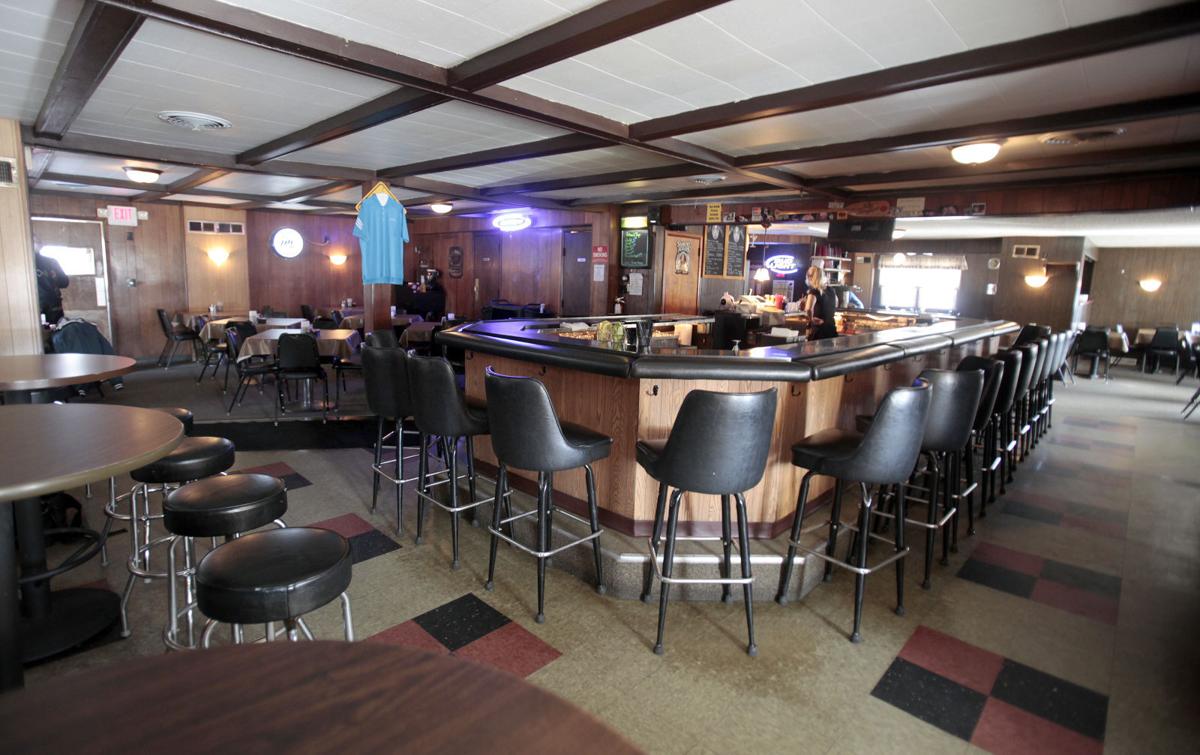 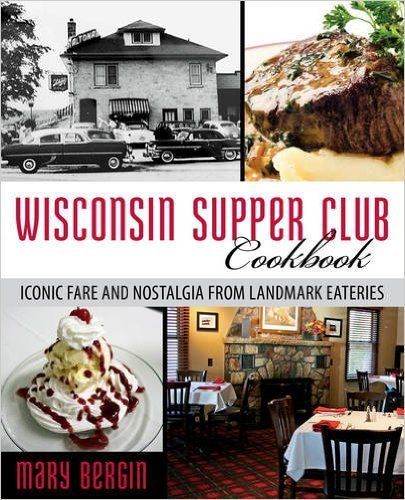