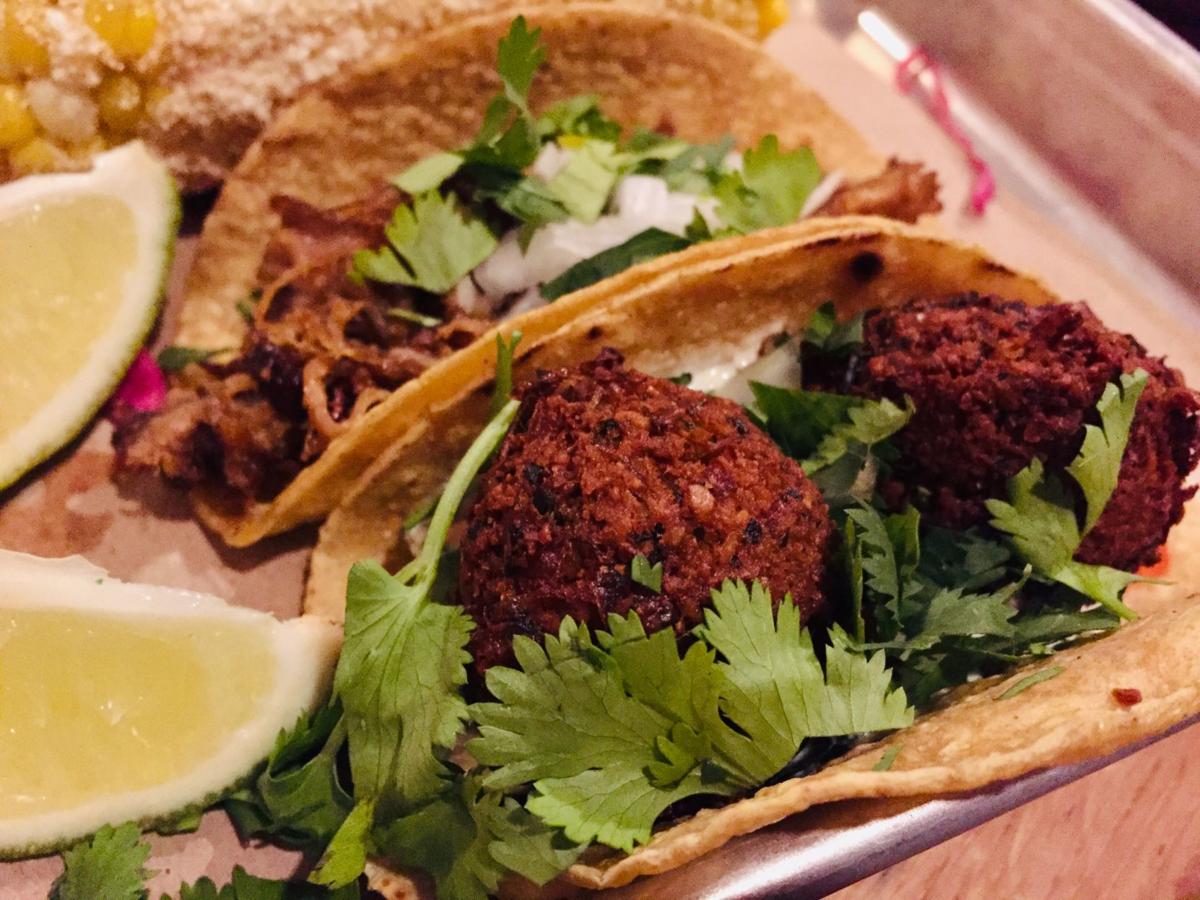 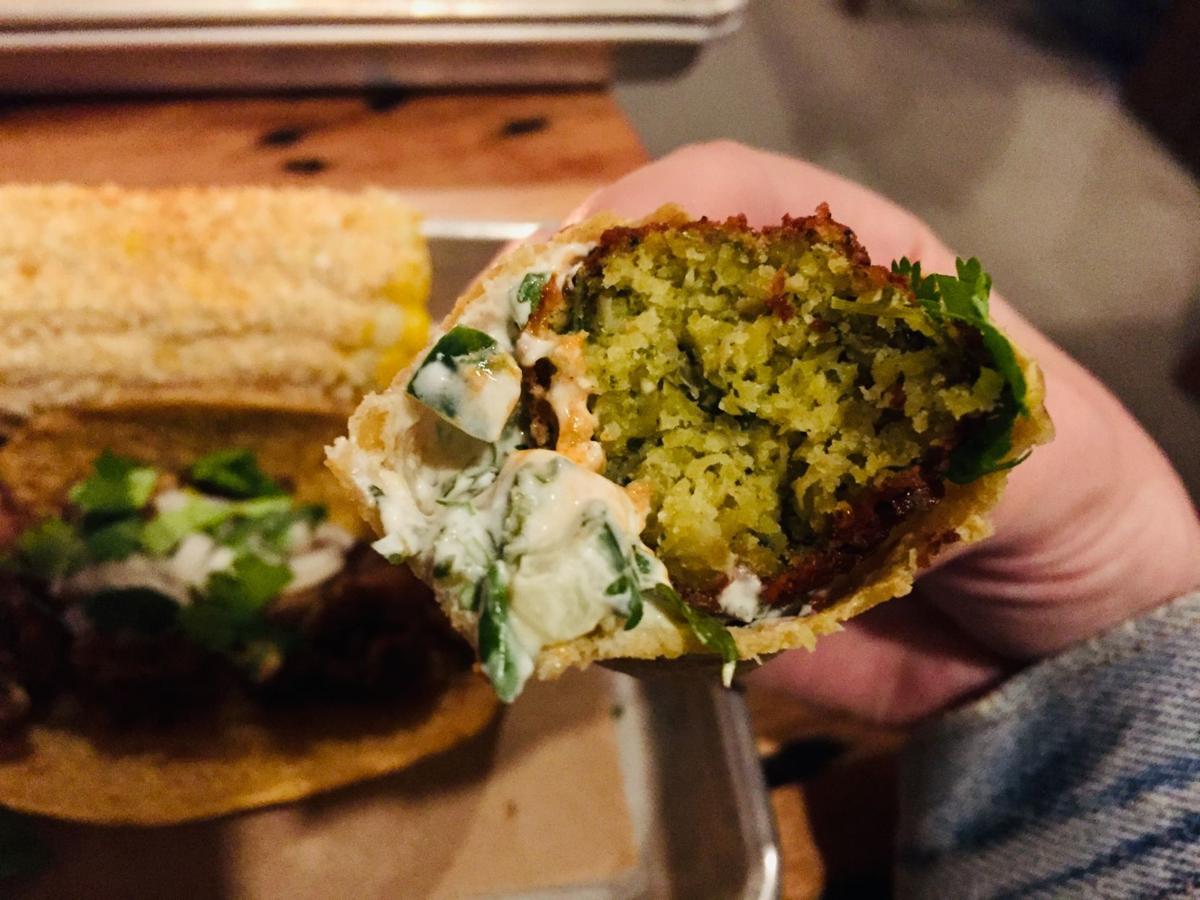 The falafel taco at Bartaco is among the more unique options on the menu. Bartaco opened its Hilldale location earlier this year. 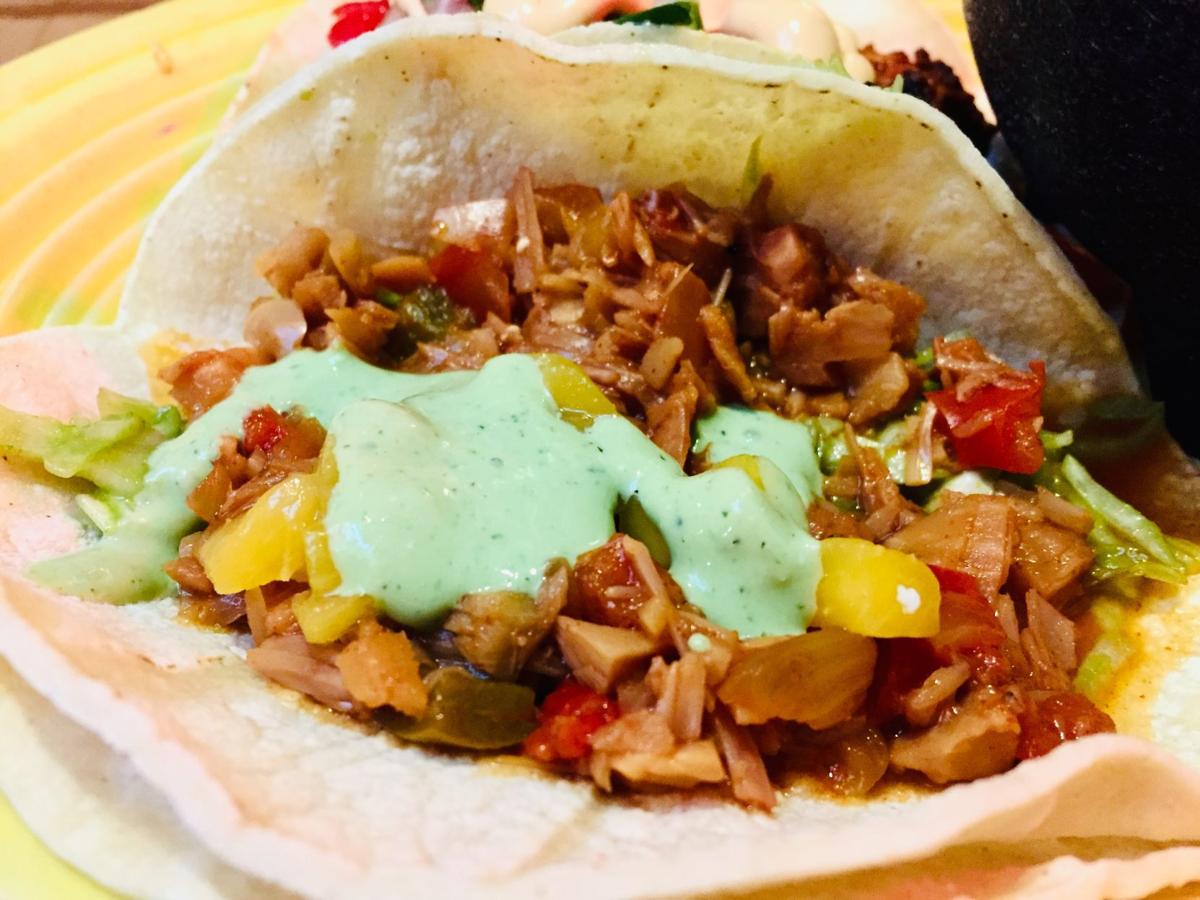 Cooked in locally made habanero hot sauce from Mandy’s Mood Foods, the jackfruit taco at Tex Tubb's is served over a pile of garlic and rice vinegar-based coleslaw. 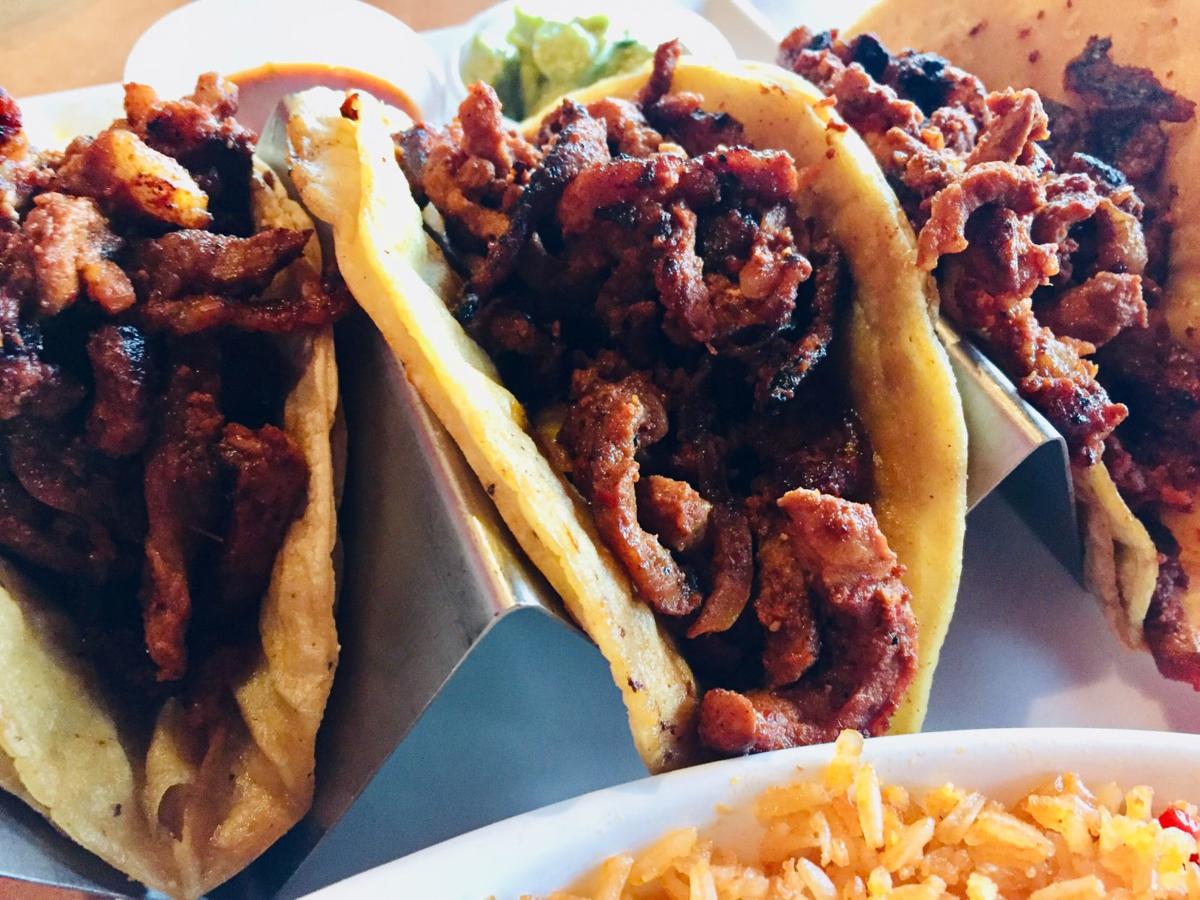 Laredo’s Mexican Restaurant, a family-owned, 21-year-old restaurant on Fish Hatchery Road, mixes in peaches with the pork during grilling. 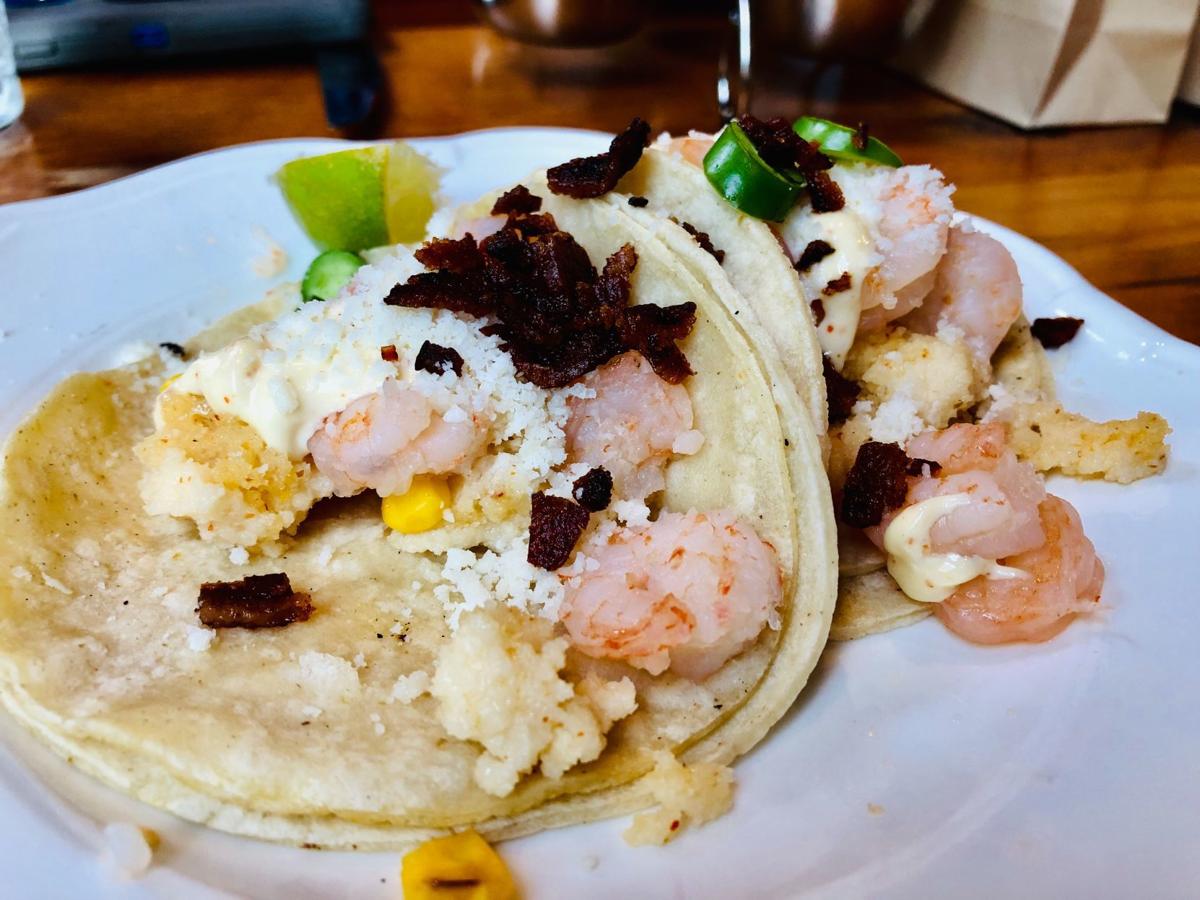 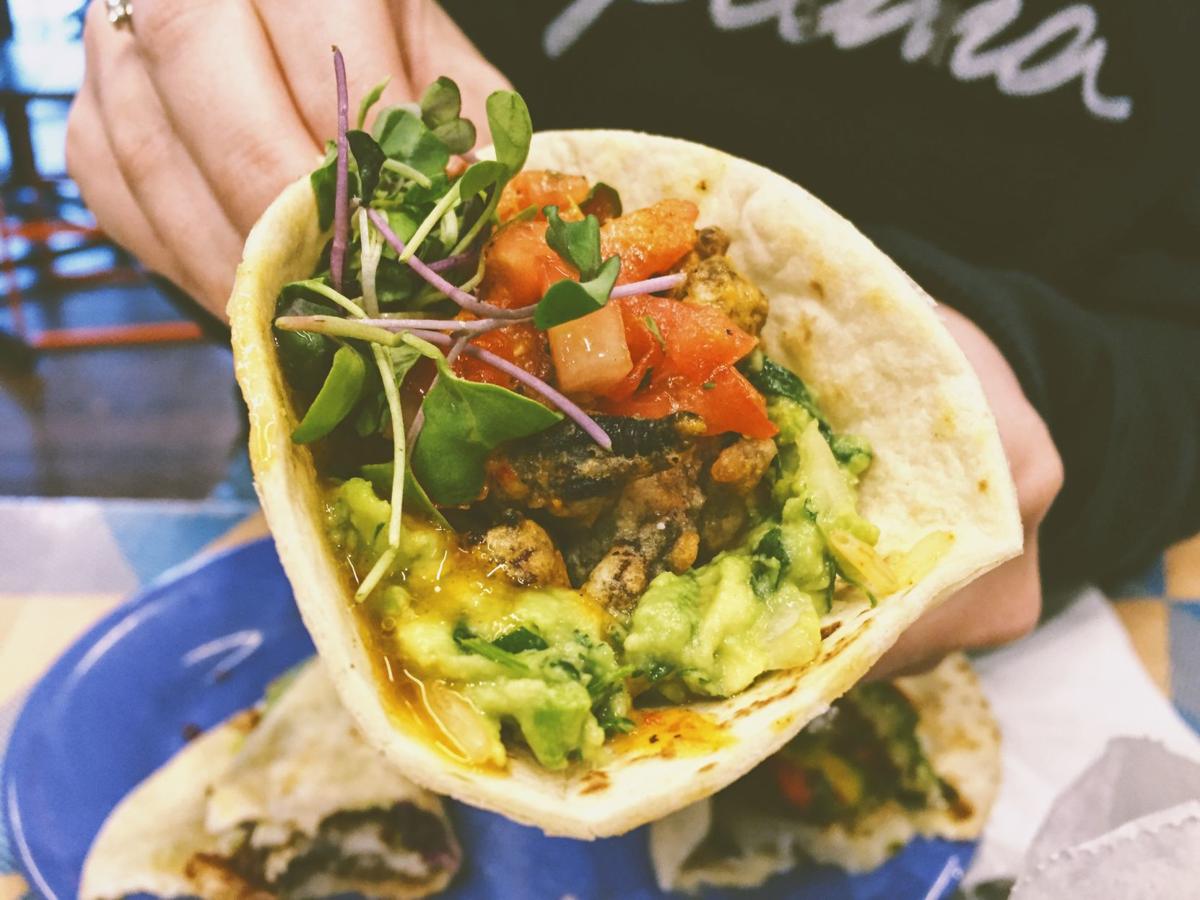 The signature ingredient in the Karate Kid taco at BelAir Cantina is tempura grasshoppers. 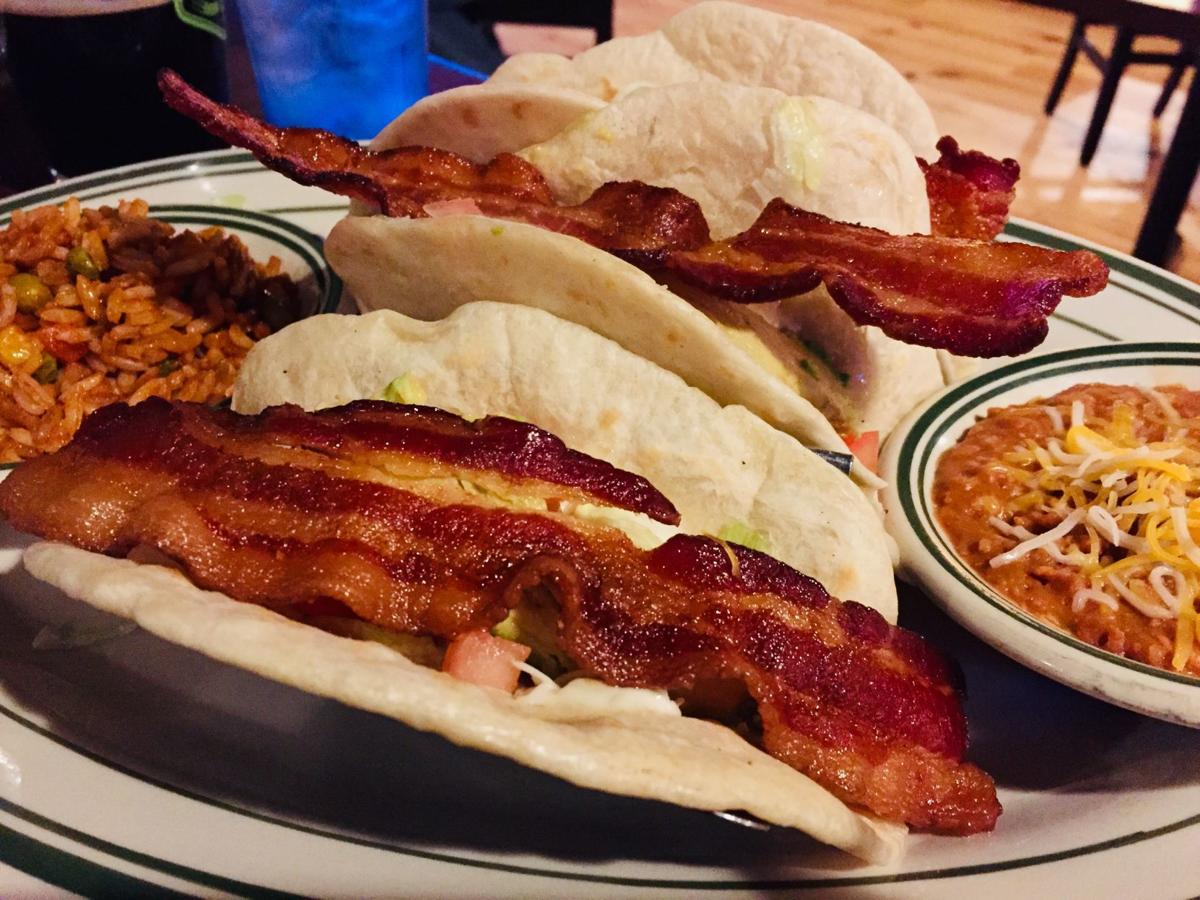 Bacon, lettuce and tomato bridge a culinary gap on the BLT taco at Me & Julio. 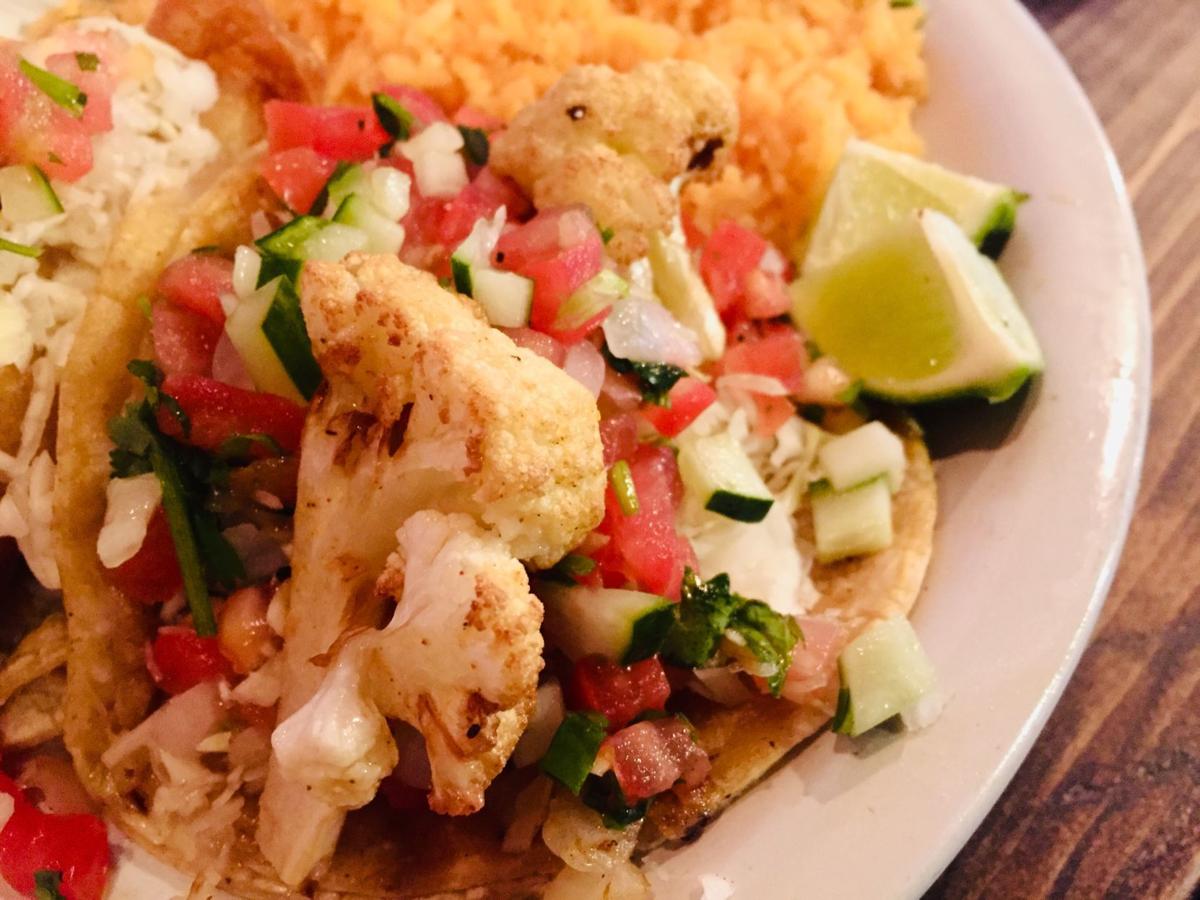 The El Vegan taco at Tapatios Cocina Mexicana is made with grilled cauliflower, pico de gallo, diced cabbage and cucumber with a bottom spread of avocado.

Madison has a knack for taking a common summer craving like tacos, and giving them a unique flair. Madison’s taquerias may offer Mexican cuisine with a home-cooked feel, but many also like to get creative, combining recipes from a number of cultures and packaging them in corn tortillas.

This week, we’re looking at seven trendy tacos that explore Middle Eastern flavors, tempura crunch and vegan-friendly grilled fruits and veggies. These tacos welcome anyone with an adventurous palate.

BelAir Cantina, located off Square on Martin Luther King Jr Blvd, has one of the most unique taco pickings in town. The signature ingredient in the Karate Kid Taco ($4.15) is tempura grasshoppers.

“We wanted to bring this unique ingredient to the U.S. as a treat for our guests,” said BelAir’s Director of Operations Matt Roman López.

Mexico has the world’s highest number of edible insects. Chapulines, or fried grasshoppers are used as a garnish in Mexico. BelAir fries them in tempura batter. The grasshoppers taste like gamey potato chips and the microgreens, arbol (chile and garlic) salsa, guacamole and pico de gallo offer colorful, zesty accents to the flavor.

“It was originally scheduled for a limited run, but we were amazed at the attention our Karate Kid Taco got and we had to leave it on the menu for everyone to try,” López said. “It is also a popular challenge for our guests take videos and pictures of everyone trying them.”

Madison’s Bartaco chain takes inspiration from Middle Eastern home cooking for its falafel taco ($2.50). It has a satisfying crunch without too much oil or salt, and the strongest flavors are of herbs (dill and parsley) and lemon juice.

“It spotlights the crunch of chickpeas, the heat of Sriracha and the cooling effect from the cucumber tzatziki yogurt sauce,” said Brian Liebhardt, chef at Bartaco in Madison, in an email interview.

Each corn tortilla taco comes with two fried falafel balls topped with cool yogurt. Many customers order two or three at a time.

Vegan tacos seem to be increasingly popular, and most taco shops have at least one option. Colorful Tapatios Cocina Mexicana on Cahill Main in Fitchburg makes an El Vegan taco ($3.50)with grilled cauliflower, pico de gallo, diced cabbage and cucumber with a bottom spread of avocado.

Amazingly, this taco doesn’t taste like a hot salad. The cauliflower has a savory, saucy flavor and the chopped veggies mix well with the pico de gallo. Customers often add a mango salad on the side, made with mango, corn, cabbage and queso fresco.

Savory, spicy and saucy are all key to experimental taco assembly, but there’s something to be said for recipes that dare to err on the side of sweetness. At Tex Tubb’s Taco Palace, Atwood’s casual and rustic Food Fight taco shop and bar, the jackfruit taco ($3.99) is a favorite as a platter ($10.49 for two tacos and a side).

“The jackfruit taco started last year when we had a change of menu and wanted to add more vegan options to our ever-growing crowd of vegan customers,” said Sofia Sarne, Tex Tubb’s general manager. “This taco definitely has a spicy and sweet kick to it.”

Cooked in locally made habanero hot sauce from Mandy’s Food Foods, the jackfruit taco is served over a pile of garlic and rice vinegar-based coleslaw, along with jackfruit topped with tangy peaches saturated in “sour cream” made from cashews. It’s a softer taco, lacking deep fried ingredients or meat.

But the zest is just as flamboyant as lemon-seasoned pulled pork. The chopped fruit is fresh and warm, making it difficult to not scarf down the whole taco in one or two bites.

Laredo’s Mexican Restaurant, a family-owned, 21-year-old restaurant on Fish Hatchery Road, took a different approach to adding fruit in their tacos, choosing to mix in peaches with the pork during grilling. The restaurant's tacos al pastor ($10.99 for three tacos and charro beans) incorporate the typical pork tips marinated in guajillo chili salsa and add grilled pineapple.

American sandwiches have also had an influence on Madison’s taco scene. Me & Julio in Fitchburg opened in 2016, and its BLT tacos ($12.49 for three tacos, rice and beans) showcase an iconic U.S. sandwich in a handy wrap format.

Another American rendition on tacos is Canteen’s rock shrimp tacos ($6/two tacos). The downtown Mexico-inspired Food Fight restaurant, located on Hamilton Street, has a trendy vibe and an eclectic color scheme. The culinary team likes to play with flavors, and the rock shrimp tacos have one odd ingredient: Southern-style grits.

“We ran a couple of shrimp taco specials in the past and people went bonkers for this one so we decided to put one on the menu,” said Jason Van Ommeren, Canteen’s chef. “Then we figured we needed to get weird with it and added grits to it because, why not?”

Ommeren says the taco is “simple.” He braises yellow corn meal with roasted Mexican street corn (elote) and mixes the grits with cream, taijin (a chili lime spice) and cojita cheese. Ommeren then sautees the rock shrimp with butter, garlic and salt.

The taco is topped with serrano chiles and minced bacon. It’s an explosion of flavor, mixing the best of two different cultures.

A mix of townies and vacationers at nearby Lake Wisconsin line up at Frannie's Franks for lunch, a chat and a temporary hot dog tattoo on summer days.