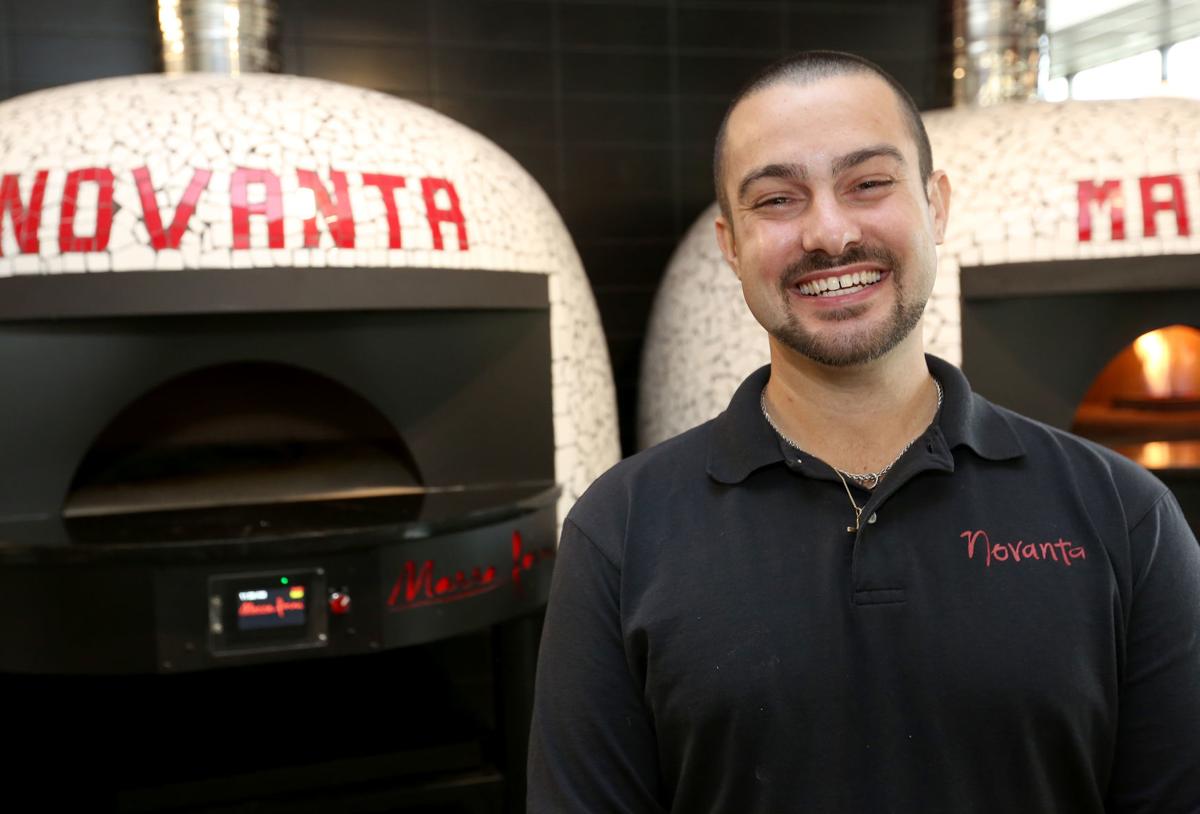 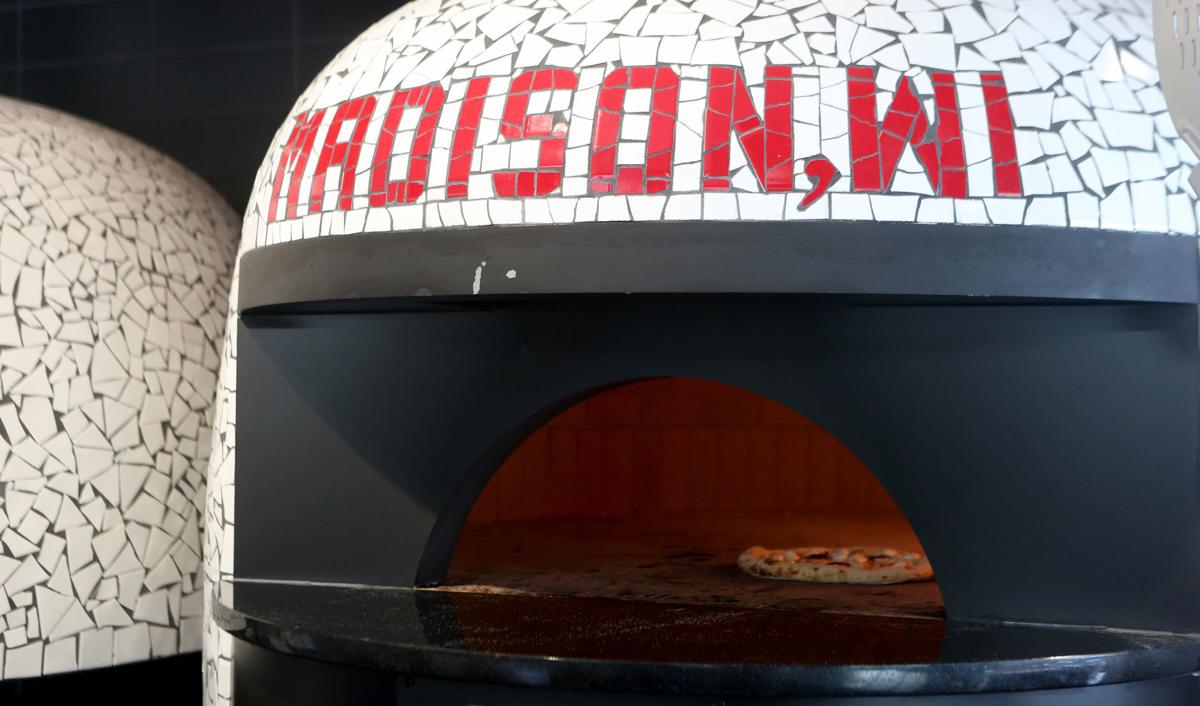 A second Italian-made Marra Forni oven and a much larger prep station are the primary differences between this Novanta location and the already popular original. 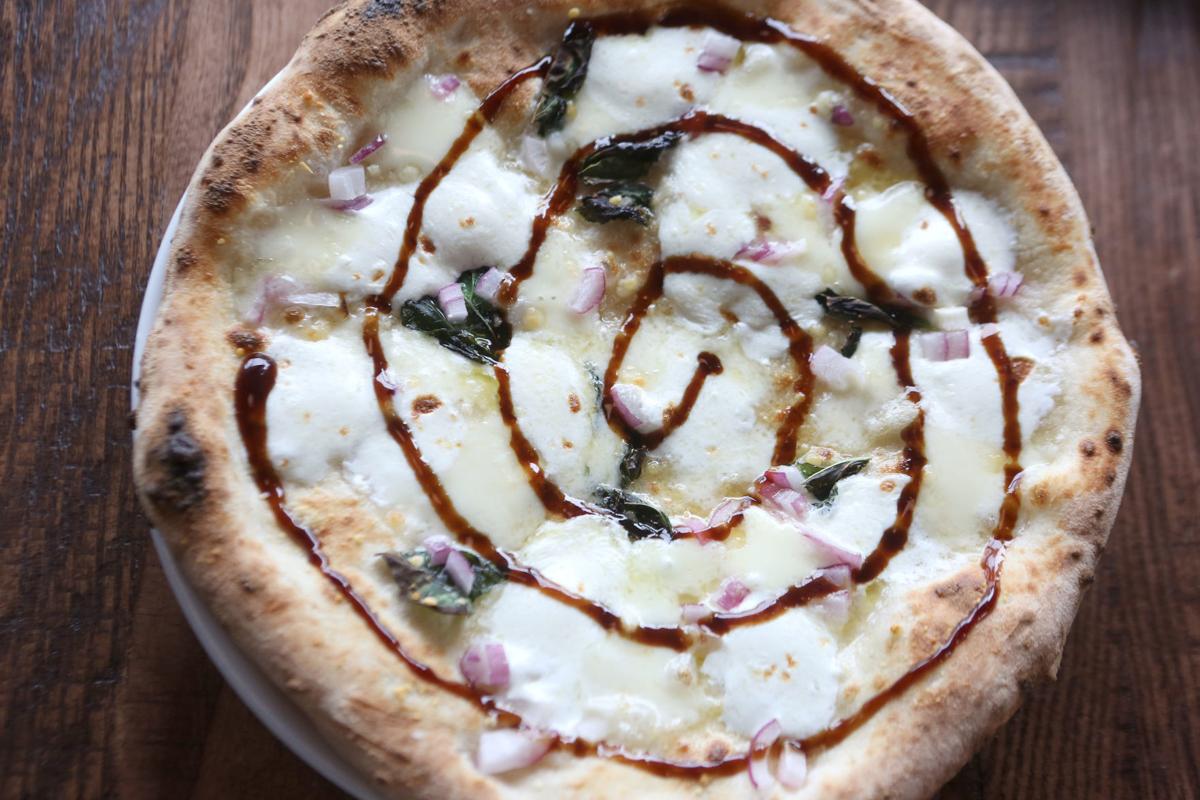 The Alice ($10.50) is named for Nick Mattioli’s sister-in-law and features three cheeses, red onion, basil and in place of tomato sauce, olive oil and a swirl of balsamic glaze. 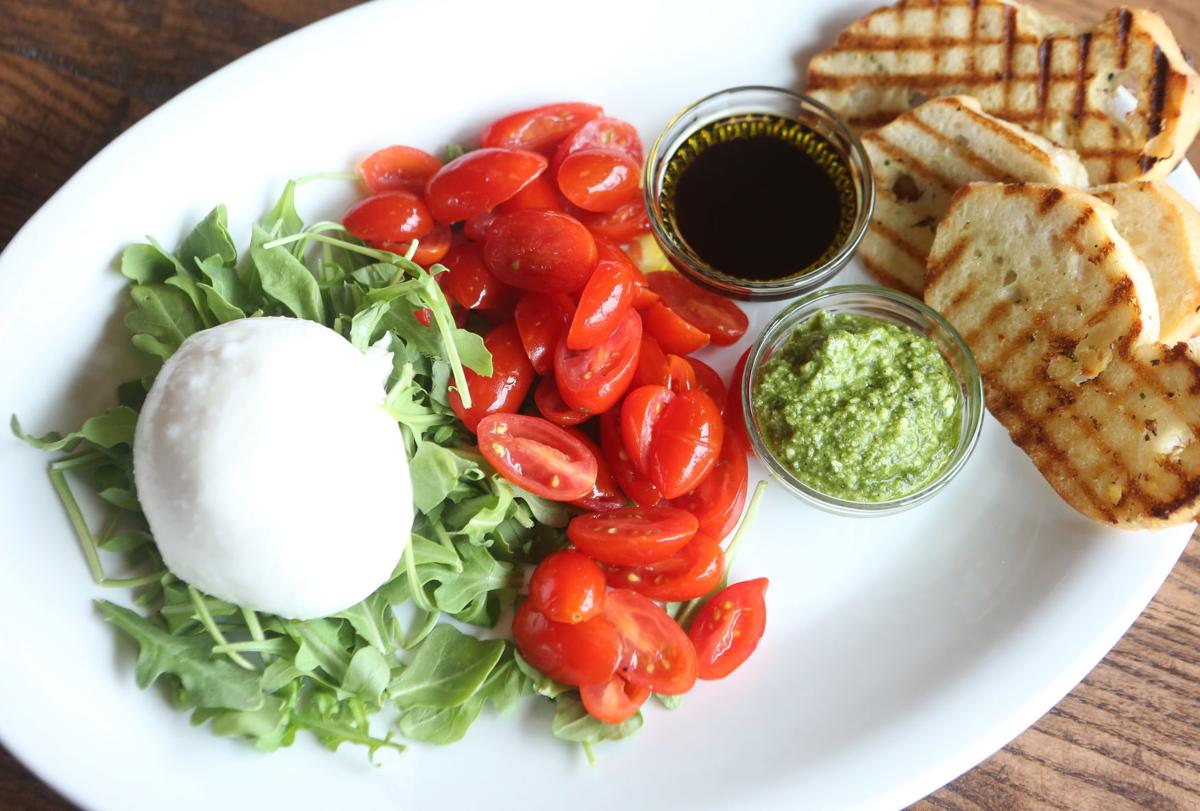 A second Italian-made Marra Forni oven and a much larger prep station are the primary differences between this Novanta location and the already popular original.

The Alice ($10.50) is named for Nick Mattioli’s sister-in-law and features three cheeses, red onion, basil and in place of tomato sauce, olive oil and a swirl of balsamic glaze.

Now open on University Avenue, the second iteration of Novanta has more than twice the pizza-making capabilities than the pizzeria’s original space on Old Sauk Road. A second Italian-made Marra Forni oven and a much larger prep station are the primary differences between this new location and the already popular original.

The restaurant offers about 16 different pizzas through its regular menu and daily specials. Though there are a few variations for toppings, for the most part, three ingredients form the base of most everything they do: dough, sauce and cheese.

The fresh mozzarella is made in house daily with Wisconsin cow’s milk. At any given time it’s no more than three hours old, according to owner Nick Mattioli. The sauce is simply San Marzano tomatoes smashed up, no additions. The dough is double-fermented and takes three days to be ready.

Add in massive Italian ovens that cook at approximately 900 degrees and you’ve got the basis of the Neapolitan pizza that Novanta specializes in. The pizza cooks for about 90 seconds, the genesis for the restaurant’s name.

“It’s a very specific way of doing it but it is not a complex way of doing it,” Mattiolo said. There are four simple rules to do with temperature, the rise of the dough, stretching it properly and using the approved ingredients.

At Novanta’s Old Sauk location, Mattioli felt they’d perfected the pizza over six years. But they reached capacity very quickly. The location has one oven, which limits how many pizzas they can make. Some nights, they’d get so busy they’d have to turn the phones off.

Then customers got smart and began calling earlier in the day to place orders for later in the evening, but the people who came to the restaurant in person were waiting in long lines. The restaurant simply couldn’t keep up with the demand, and Mattioli felt customer service suffered.

This University Avenue expansion has been in the work for more than two years, Mattioli said. It comes at a time and in a neighborhood that will be missing Neapolitan food with the closing of Hilldale’s Cafe Porta Alba. The closure of the restaurant was particularly upsetting for Mattioli, who said he had to pull over to the side of the road when he heard the news.

Mattioli’s first stint in a professional kitchen was helping out at Port Alba when Mattioli was still in high school and Porta Alba owner Vincenzo Pugliese had to return to Italy to take care of a sick family member. At the time Mattioli was taking courses toward becoming an EMT, but with Pugliese’s mentorship, he never left the kitchen. Pugliese was Mattioli’s partner in opening Novanta (Mattioli has since bought him out).

Though he spent much of those early years creating pasta dishes and sauces, Mattioli has grown to love the story, the simplicity and the art of Neapolitan pizza.

“I could make complex pastas with sauces that took all day and the pizza was just as delicious, easier to make, more fun to make and it was way more culturally important to me,” said Mattioli, who is Italian American (his father is American TV founder Len Mattioli, known locally as “Crazy Lenny”).

“Looking at these pizzas is like looking at paintings to me. (I love) the amazing flavor, how beautiful it looks.”

The complex flavors and care that Novanta puts into not just its creations, but also in its choice of ingredients, shines through on the caprese plate ($10). A large ball of house-pulled mozzarella is joined by cherry tomatoes, house-made pesto, bright, acidic olive oil and slices of bread that’s also baked in the pizza ovens. It’s a hearty starter that’s plenty big to share, showcasing the milky, chewy texture of the mozzarella.

The Alice ($10.50) is named for Mattioli’s sister-in-law. Hers is a familiar face to anyone who frequents the Old Sauk Road location as she’s normally at the counter there. This pizza features three cheeses, red onion, basil and in place of tomato sauce, olive oil and a swirl of balsamic glaze. The pizza tastes fresh and tart with the balsamic, though the onions help cut through the glaze.

The Margherita pizza ($8.25) is a classic, with large pieces of mozzarella that melt and spread and add a salty foil to the bright tomato sauce and the slight bite of long-fermented pizza dough.

Unlike Porta Alba, Novanta won’t have table service. But it will have classic pastas that never leave the specials board and deceptively simple, Neapolitan style pizzas that continue to draw a crowd.

Novanta opened in October at 2903 University Ave. in Madison. This University Avenue expansion has been in the work for more than two years, o…

At Paco's Tacos in Greenway Cross, diners discover tacos composed of flavorful proteins (lengua and goat among them), dressed with onions and cilantro.