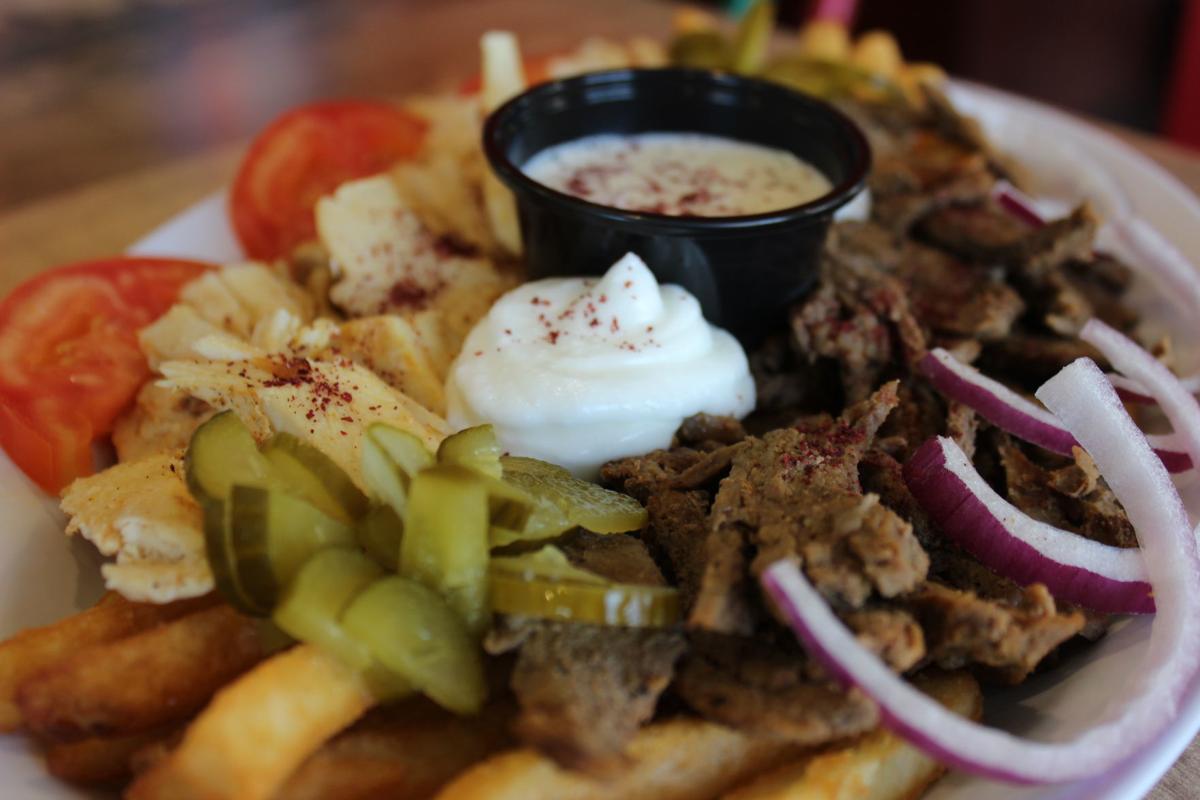 At Mad Shawarma, the mixed shawarma plate, a combination of beef, lamb and chicken shawarma with onions and tomatoes, rests atop a large bottom layer of fries. 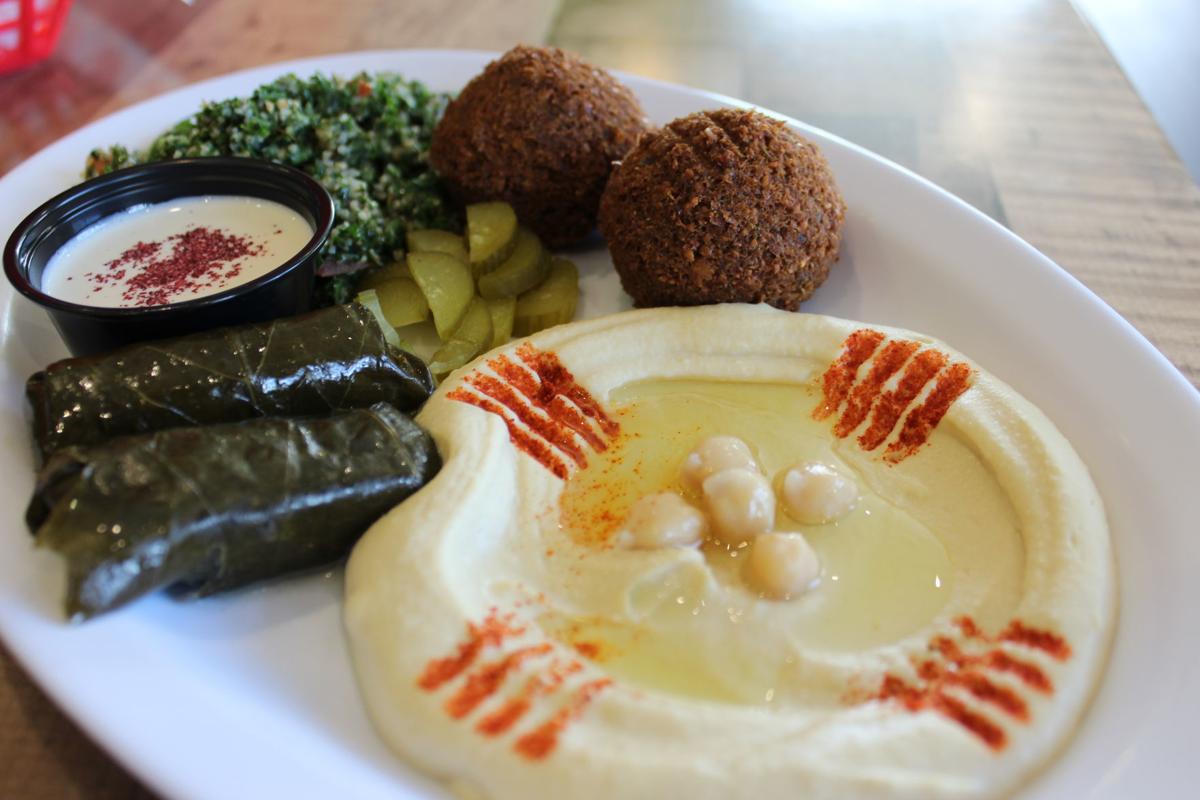 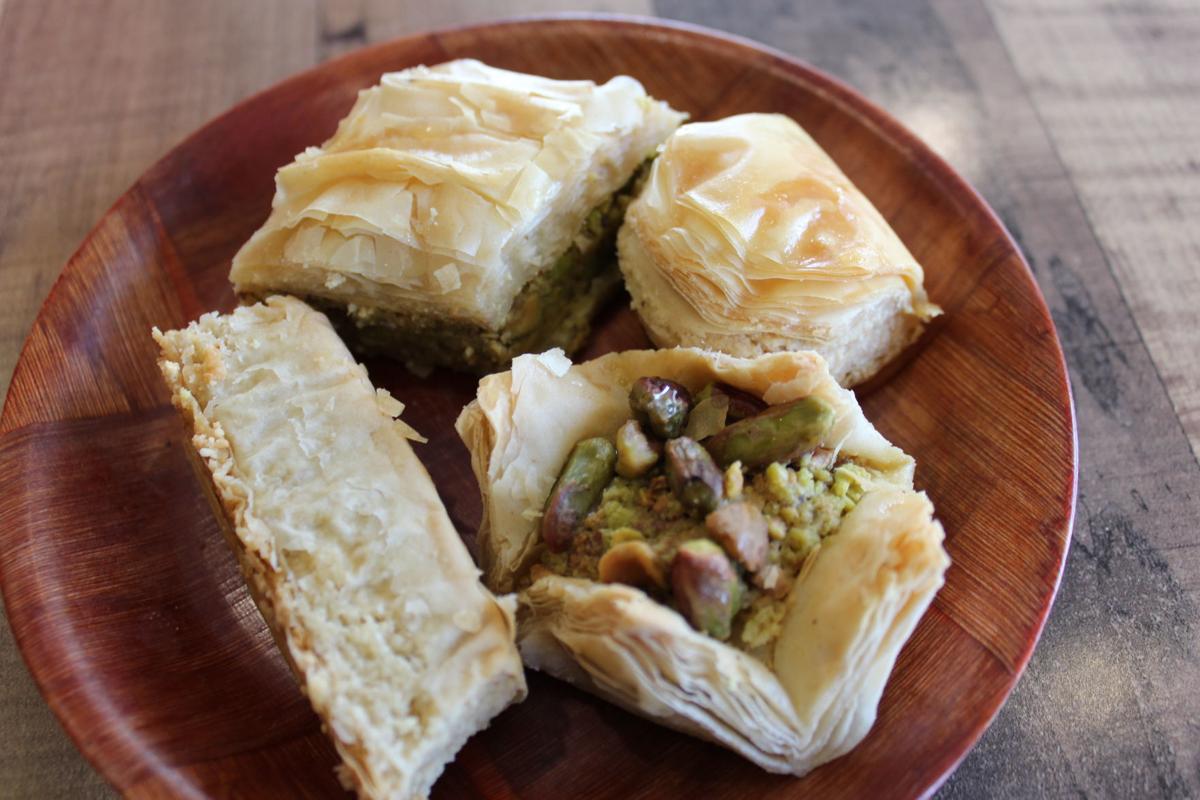 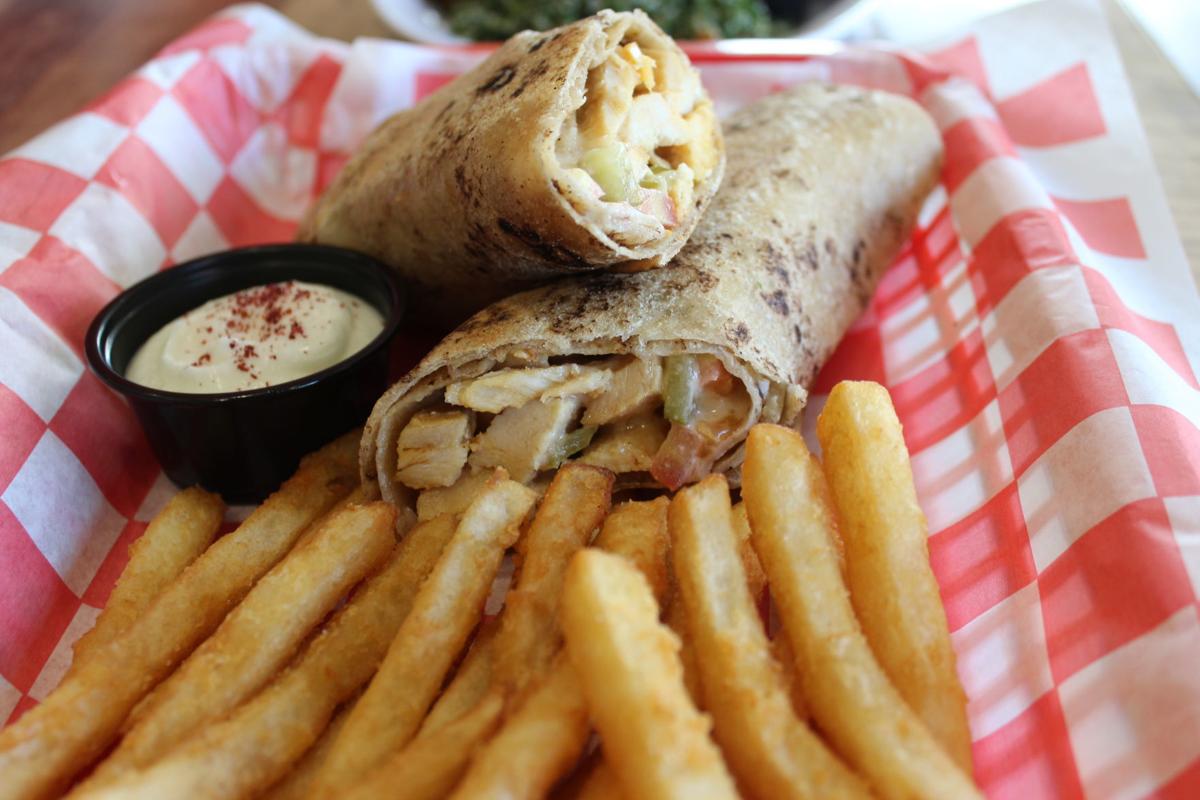 “Chicken and garlic is always a good concept,” said Kalboneh, who serves the sauce with a chicken shawarma sandwich.

One of the most common identifiers of a fast-food restaurant is the warm and intoxicating smell of all things fried and greasy. Most Americans, wherever they’re from, may feel comforted smelling hot fries and freshly made burgers.

With Mad Shawarma, Mohamed Kalboneh aims to bring a taste his own home to Madison with some of his beloved Palestinian fast-food.

“Shawarma is like the McDonald’s of the Middle East,” Kalboneh said. “It’s everywhere. Almost every restaurant in Palestine will have a vertical rotisserie with a shawarma stack. Whenever we wanted to eat out quickly, that’s what we’d grab and go.”

Kalboneh and his two brothers, Mahmoud and Said, grew up on the West Bank of Palestine in the city of Nabulus. There, shawarma was served from miniature food stores and streetside food carts. When Kalboneh and his brothers emigrated to the U.S. 15 years ago they were surprised that “fine dining” surrounded shawarma in the Midwest.

“We wanted to change that,” Kalboneh said. “We wanted people to have counter service shawarma, because that’s what it would traditionally be like.”

Failing to convince their favorite shawarma restaurants in Chicago and Milwaukee to expand their chains to Madison, Kalboneh and his two brothers decided to open their own shawarma fast-food restaurant last September just off of Old Sauk Road.

Like the Palestine flag, the whole restaurant is decorated in hues of bright red and neon green. Traditional Middle Eastern music sets a subtle ambiance. The location’s open kitchen view was a selling point for Kalboneh, who wanted the customers to be able to see the shawarma being made as they order.

“I want people to see for themselves that we have the vertical rotisserie and that we aren’t just throwing meat on a grill,” said Kalboneh. “For me that’s just illegal in the shawarma world.”

From kosher chicken shawarma sandwiches ($9) to ginger-seasoned beef and lamb shawarma platters ($12), Mad Shawarma’s menu was a family affair from the start. Almost everyone had a part to play in the menu’s creation.

“My mom insisted on making the bread we sell here in the same way it’s done in Palestine,” said Kalboneh. “My first reaction was like, ‘Mom, come on, this is going to be impossible.’”

After spending a full and “exhausting” Sunday practicing bread-making in the kitchen with his mom, salty, gluten-free saj bread, like a thinner pita, became an official part of the Mad Shawarma sandwich menu.

So did Said’s garlic sauce, which was adapted from a Lebanese recipe. Kalboneh said he took a chemistry class to learn how to perfect the sauce.

“Chicken and garlic is always a good concept,” said Kalboneh, who serves the sauce with nearly every shawarma sandwich and plate. “But people have been going wild with the sauce in ways that I would never go. Dipping our falafels in the garlic sauce — that’s a little too adventurous for me.”

Of course, all these meals are served with a hearty side of fries, a “sandwich completion” as Kalboneh puts it. The mixed shawarma plate, a combination of beef, lamb and chicken shawarma with onions and tomatoes, rests atop a large bottom layer of fries. On either side of the plate are large globs of garlic sauce.

It’s essentially a Palestinian take on chips and dip. This is a favorite shared dish among Kalboneh and his family.

“It really is like a huge pile of nachos,” Kalboneh said.

Desserts are also a prized piece of this restaurant’s culinary collage. Pistachio baklava, a pistachio bird’s nest, mini cashew roses and cashew fingers are considered elegant delicacies in Kalboneh’s hometown. Here, each one costs $1.50 ($5 for a sampler) and requires about one bite to devour.

Experimentation, as well as tradition, is the foundation on which this family’s shawarma business is built. That’s how Kalboneh’s wife came up with a Wisconsin-focused menu item: fried shawarma rolls ($9).

The kitchen deep fries rolls of cheese and chicken shawarma, spring roll style. Kalboneh said it’s the family’s effort to bring the Middle East and the Midwest together.

The Week Ahead: 'The Color Purple,' Russ Feingold, and 'Last Man Fishing'