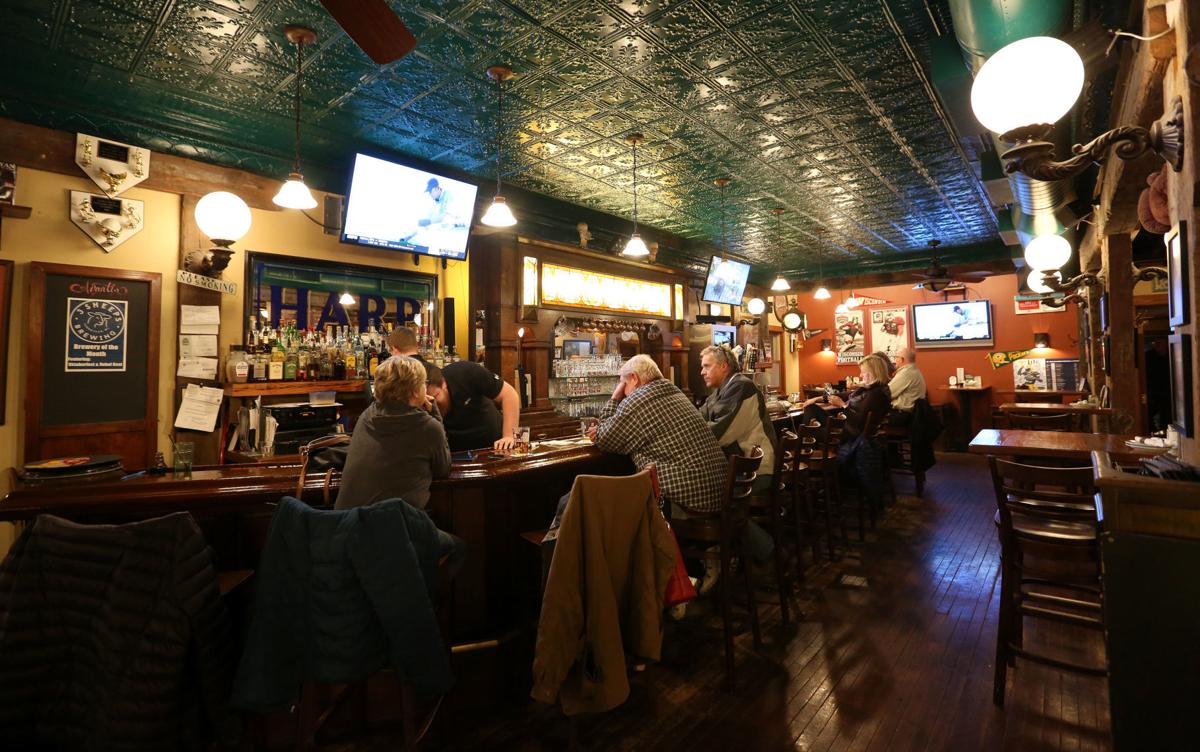 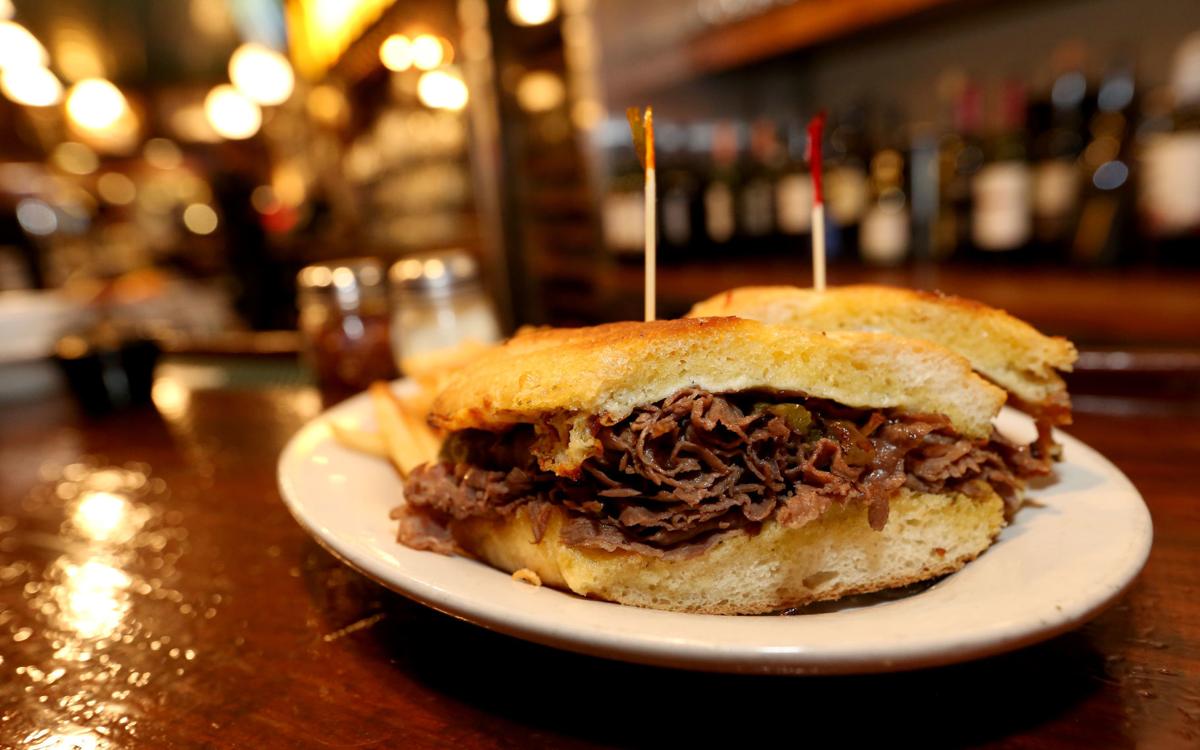 The Italian beef sandwich at Avanti's ($8.99) is served on a toasted bun, an improvement on a Chicago staple. 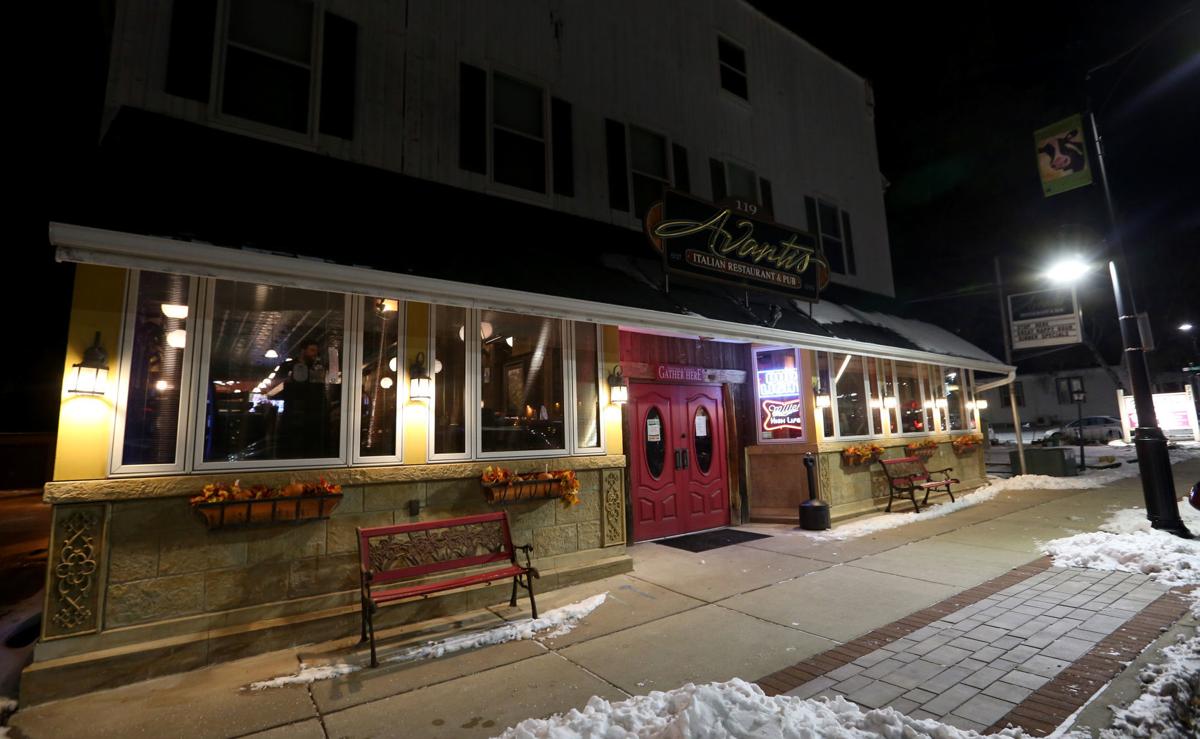 First built in the 1860s, the 119 S. Main St. space that's now Avanti's in Verona has housed everything from a dance hall to a hardware store.

Sometimes you want to go where everybody knows your name. In Verona, that might just be Avanti’s Italian Restaurant, which is as much a neighborhood bar as a restaurant. Avanti’s turned 20 this year, and every night familiar faces stop in for a beer at the bar alongside families out for a meal.

“I’d say it’s over 70% (regulars),” said bar manager Spencer Schultz. “Each night I know who’s coming in. Sometimes they switch off, but it’s pretty neat to have a huge clientele of regulars.”

There’s a familial vibe at Avanti’s, where complete strangers will say hello and ask you how you’re doing. The happy hour ($3 taps, $4 house wines, $2 rail mixers and half-off appetizers) alone is enough to keep seats filled.

When the Cerniglia family opened Avanti’s in 1999, they stepped into a building steeped in history. First built in the 1860s, the Main Street space has housed everything from a dance hall to a hardware store. It was a perfect space for Vito Cerniglia to recreate cooking traditions from his own personal history. Many of the recipes date back to Cerniglia’s Sicilian great-grandparents.

Avanti’s kitchen turns out both bar fare and traditional Italian American food. The extensive pizza menu (featuring all housemade dough) is a customer favorite. The Italian beef sandwich ($8.99) is served on a toasted bun so the au jus doesn’t turn it into a soggy mess. It’s an improvement on a Chicago staple, fitting Avanti’s “Windy City neighborhood” vibe.

Schultz said the comparison is deliberate. When Avanti’s added a bar area over a decade ago, the family purchased parts of it from a repurposing company in Chicago. The homey edition will have you looking for friendly John Candy-types to plop down at the next stool and strike up a conversation after a long day at the shoe factory.

As the menu proudly notes, the red sauce is also homemade. Try it on the chicken parmesan ($15.99), which consists of a substantial piece of chicken laid over a bed of pasta. If you’re feeling especially adventurous, get the blush — a combination of the red sauce and a rich, chunky alfredo.

On Thursdays, everyone is talking about ribs. Most days, half and full racks cost $15.99 and $21.99, respectively. On Thursdays, the price drops by $3 for both. A lot of people come in for slow-cooked, slide-off-the-bone ribs.

Thursdays also feature half-off glasses of wine, allowing customers a chance to try things they may not normally get the chance to. That includes “the expensive stuff,” as Schultz put it.

It is still a family operation, but Avanti’s has undergone some changes in the past twenty years. In 2014, Barb Miller came on board as co-owner and manages most of the day-to-day. Schultz has been with Avanti’s for three years, all spent running the bar. He oversees Avanti’s daily operations in Miller’s absence.

“We sponsor all the local high school teams, so we get all the parents and players in after the games,” he said. (Verona High School recently won the WIAA soccer title, so one can only imagine the volume of pasta and pizza flowing out of Avanti’s in recent weeks.)

Calling somewhere a “family restaurant” is easy. Making it feel like one is another thing altogether. Avanti’s has spent twenty years offering Italian American fare and can’t-miss deals. In return, Verona has welcomed them into the family with open arms.

Let's Eat: Caspian Grill skewers a taste of the Mediterranean

Caspian's owners are from Baku, the capital of Azerbaijan. The new restaurant at 707 S. Gammon Road includes Russian baked sweets like cherry vareniki.

The Madsplainers podcast: What should I know about the new superintendent of Madison schools?