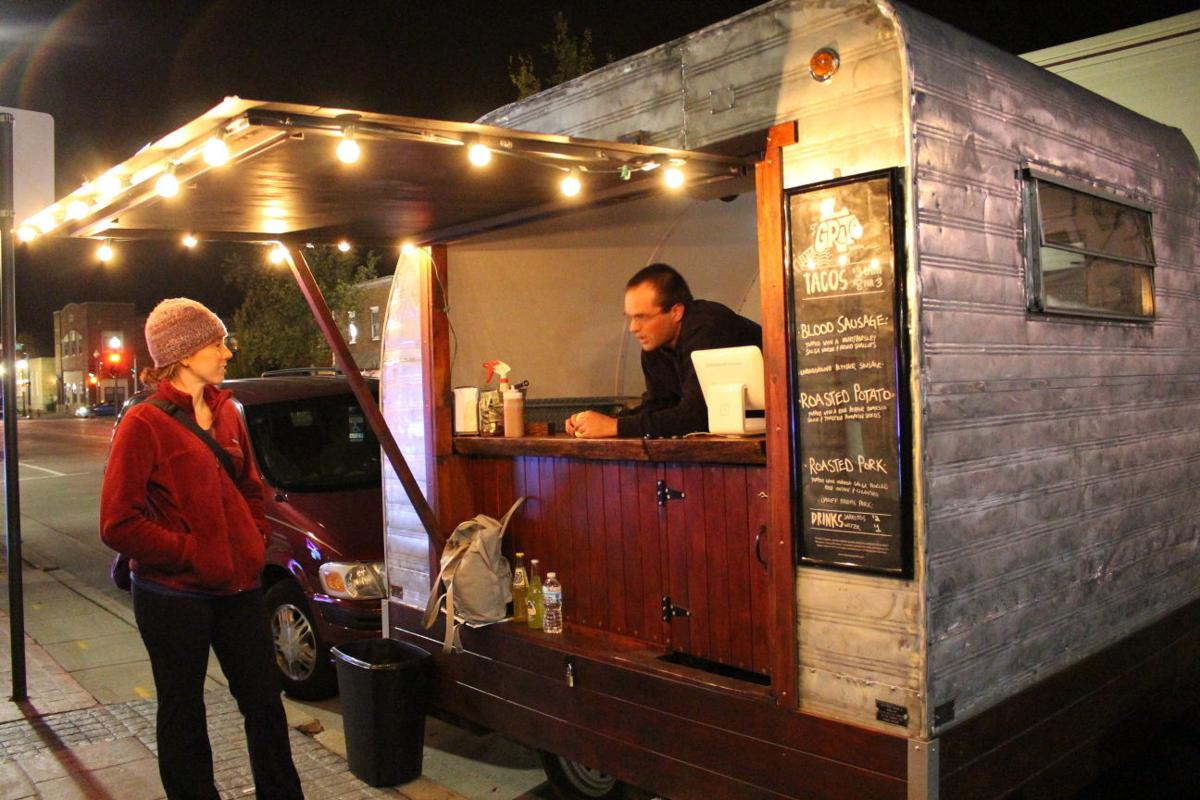 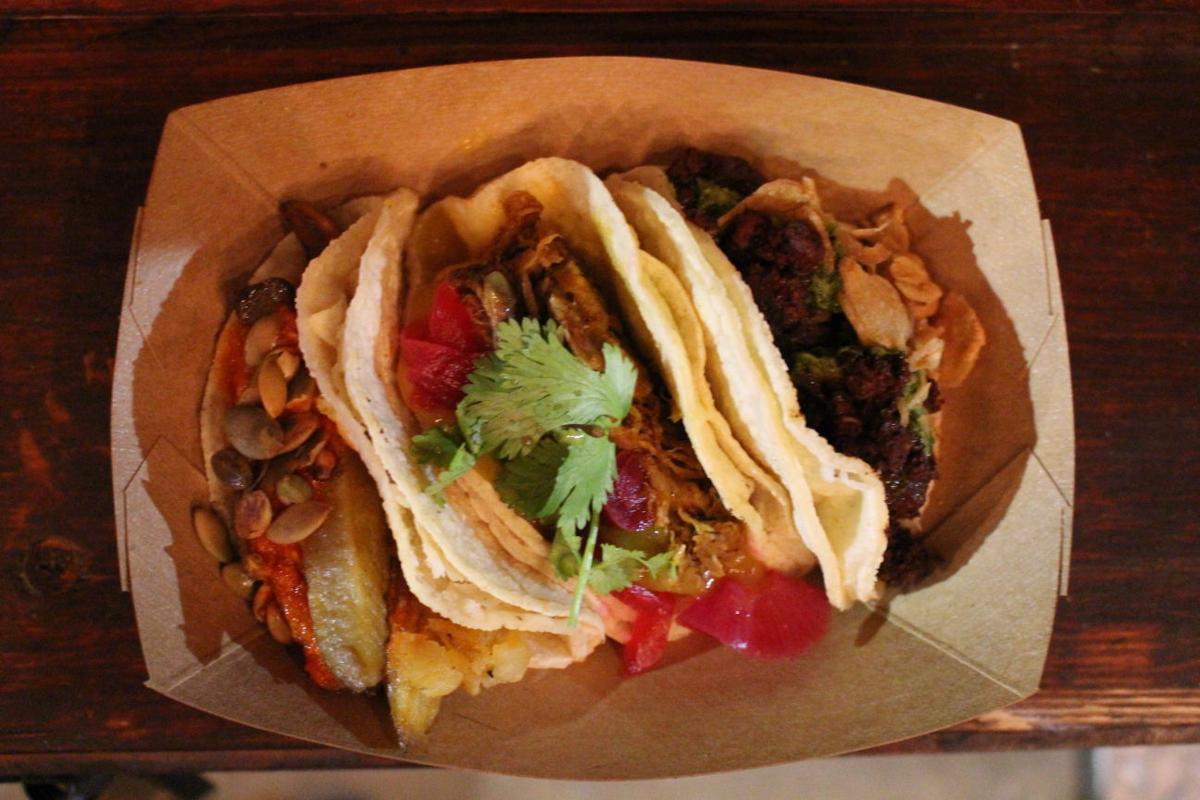 The tacos at El Grito Taqueria are $3 each or three for $8.

The tacos at El Grito Taqueria are $3 each or three for $8.

It's easy to first notice the El Grito Taqueria food truck for its looks. A 1969 tin Fleetwing camper pulled by a 1973 Ford F100 pickup, the truck emblazoned with the retro-chic block letter logo and the whole ensemble lit up by bistro lights — it's a head turner.

But, as we all find out eventually, it's what inside that counts. In this case, it's the tacos that will make you look twice.

Owners Joshua Barraza and Matthew Danky, both in their early thirties, grew up in Stoughton and met as kids when a mutual friend introduced them. While Barraza pursued art and graphic design (he's the one responsible for their beautiful website), Danky went off to explore the world.

Returning home to Wisconsin last April after a decade-long stint abroad teaching English and cooking, Danky met up with Barraza, who had just been laid off from his job.

"Matthew cooked me a fish taco, and the rest is history," Barraza said.

Both men have strong ties to Southern California, which offers inspiration for the style of tacos they make.

"With Tex-Mex being very popular in the area, we wanted to bring a more diverse take on what is now an American staple," Barraza said.

While they share cooking duties, Danky, who got his first job at L'Etoile as a 14-year-old, is main recipe developer.

The menu at El Grito is always changing. With about 30 different tacos in their repertoire, El Grito offers three choices on any given outing — two meat and one vegetarian. Served on two white corn tortillas in a brown cardboard tray, the tacos cost $3 each or three for $8.

On a recent visit to El Grito on Halloween eve, the truck was parked outside of the Stoughton Opera House for a showing of “Dracula” selling, appropriately, an Underground Butcher blood sausage taco.

Fried shallots added a necessary crunch to the aromatic, dark red sausage, which was chorizo-like in texture. The fresh herb salsa, a mint and parsley salsa verde, was a refreshing counterpoint to the rich sausage.

The less-dramatic (but equally interesting) vegetarian option was a roasted potato taco with romesco sauce. Thick french-fry cut Yukon gold potatoes roasted with paprika provided a sturdy base for the fragrant Spanish-style romesco, made with fire roasted red peppers and toasted almonds. The smoky sauce added depth to the taco and this time pepitas (pumpkin seeds) provided texture.

On another visit to El Grito earlier in October, the vegetarian taco featured succotash, made from Wisconsin sweet corn and late summer vegetables, under a dollop of chipotle crema and sprigs of cilantro.

The third taco offered on this night was filled with Uphoff Farms roasted pork and topped with mango salsa and pickled red onions. The pork, marinated in lime and pineapple juices and roasted in banana leaves, was balanced by the sweet fruit salsa and tangy onions, the flavors complementing each other well.

A word of advice — don't ignore the squeeze bottle of hot sauce perched on the counter; it's a real showstopper. Made with arbol chiles, sesame seeds, pumpkin seeds and apple cider vinegar, it's the perfect level of acidity and heat.

Barraza and Danky are smartly aligning themselves with the Madison tastemakers, popping up outside of places like Context Clothing, Gib's Bar, Underground Butcher and Forequarter.

Catch them while you can on November 12 outside of Gib's (1380 Williamson St.) from 5 to 7 p.m. It's most likely their last public event of 2015. Get there early because the tacos will run out.

"A taco is just a vehicle," Barraza said. "We use that vehicle to pull inspiration from different regions of Mexico as well as the taco culture in the United States."

Next year, diners can find El Grito six days a week on the Capitol Square where they have secured a spot at the corner of Pickney and Hamilton for the 2016 food cart season.

Head for the truck that looks like it should be driving down a lost California highway while Sin City by the Flying Burrito Brothers plays on the radio.

'There is no magic bullet': Dane County community groups team up to fight black infant mortality