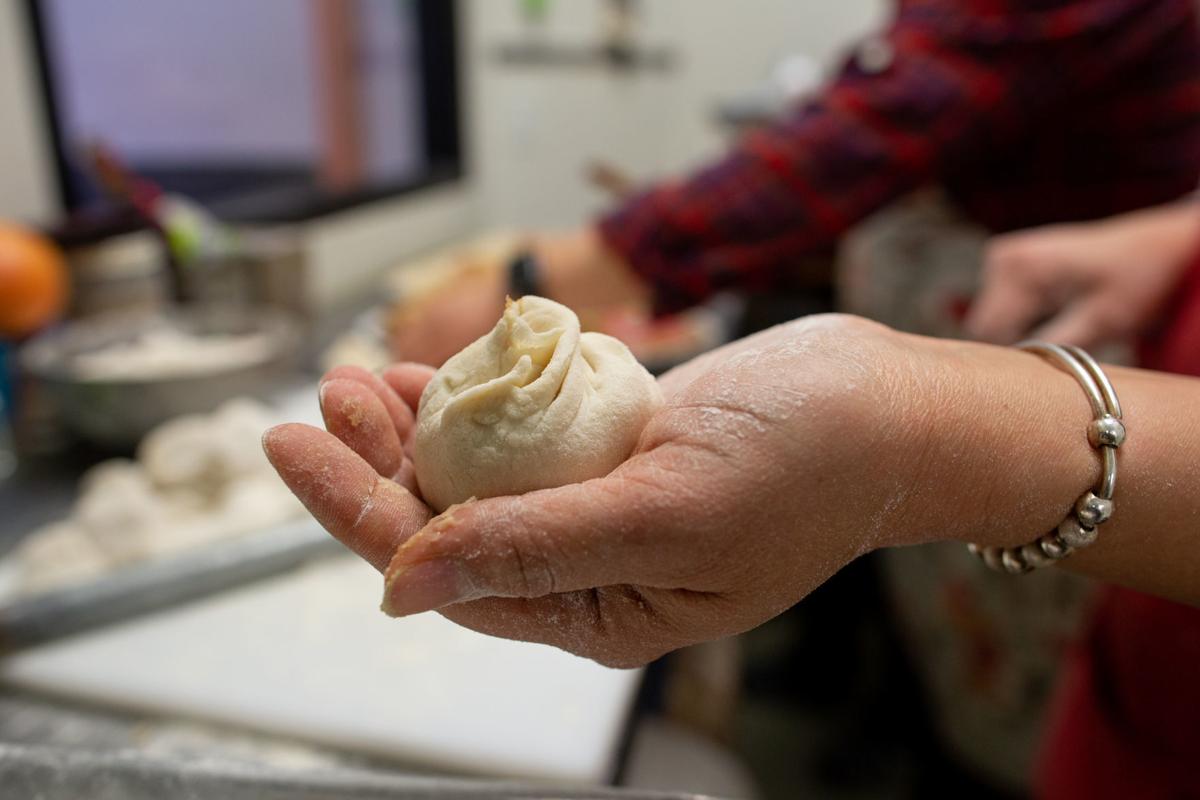 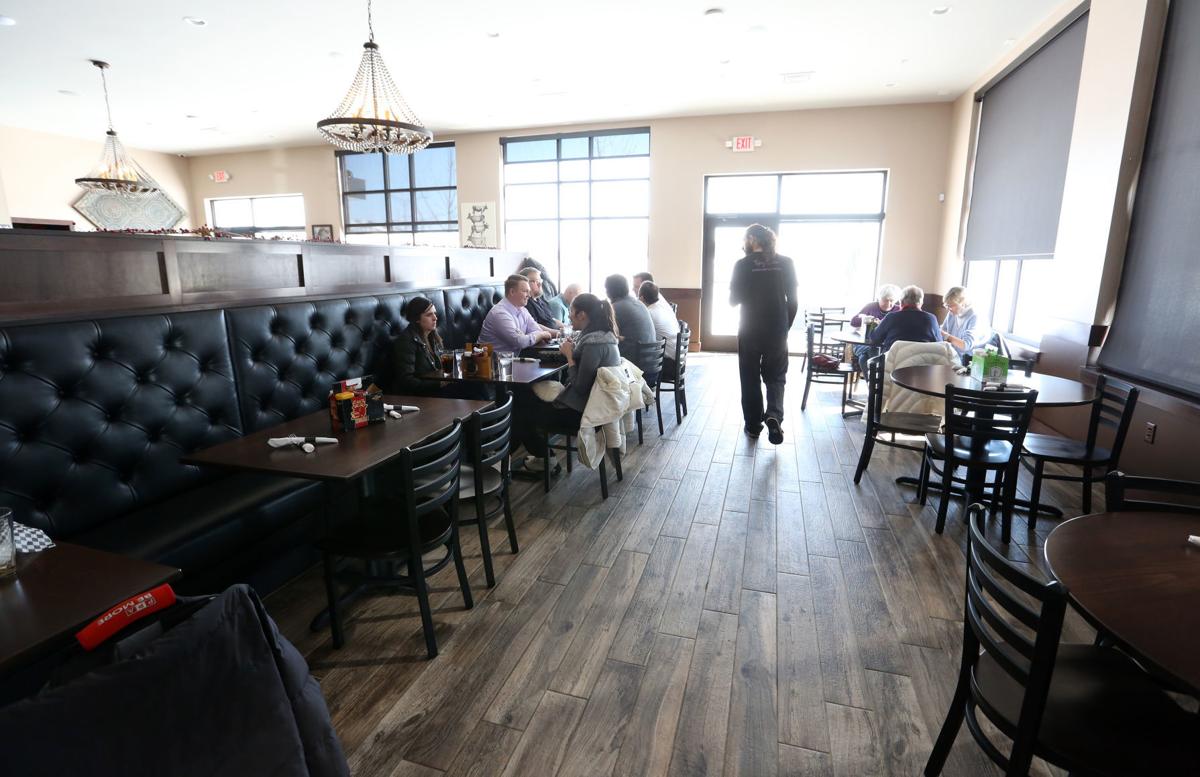 Staffing the new Tipsy Cow in Sun Prairie has been stressful, with turnover even in the first few months. 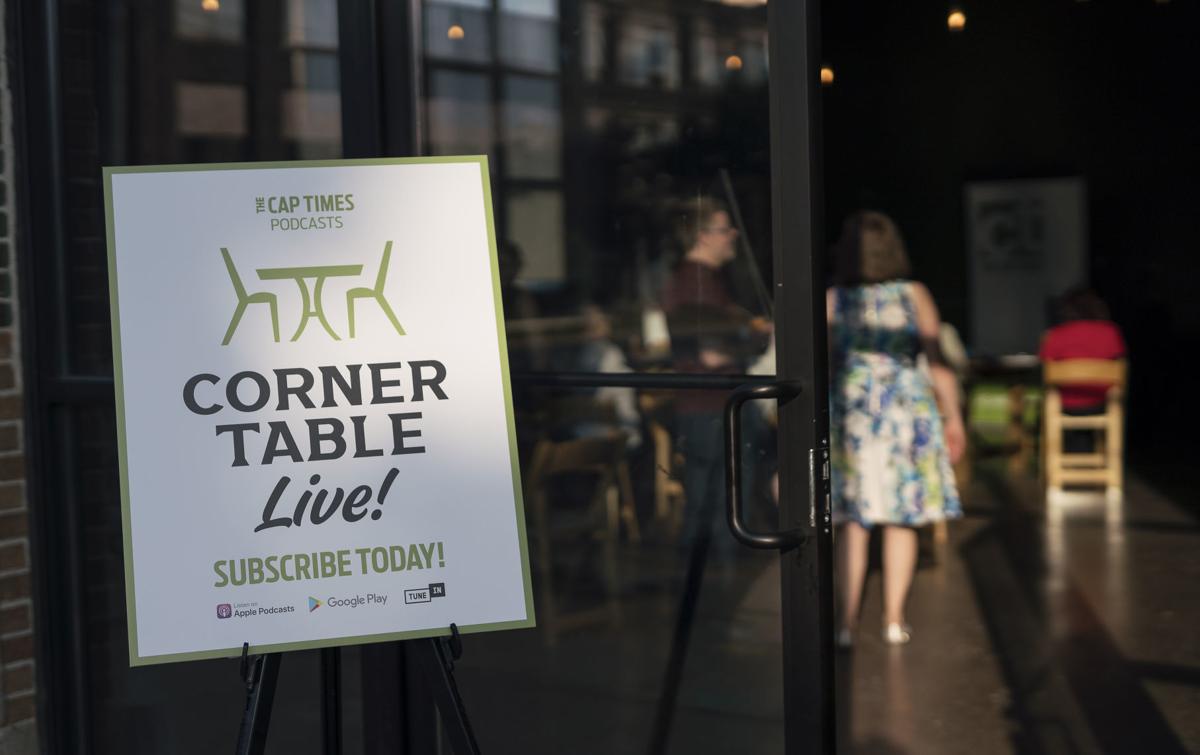 Live podcast recordings, like a recent one of The Corner Table at Old Sugar Distillery, are a benefit for Cap Times members. Find out more about membership and supporting local journalism at madison.com/ct/members. 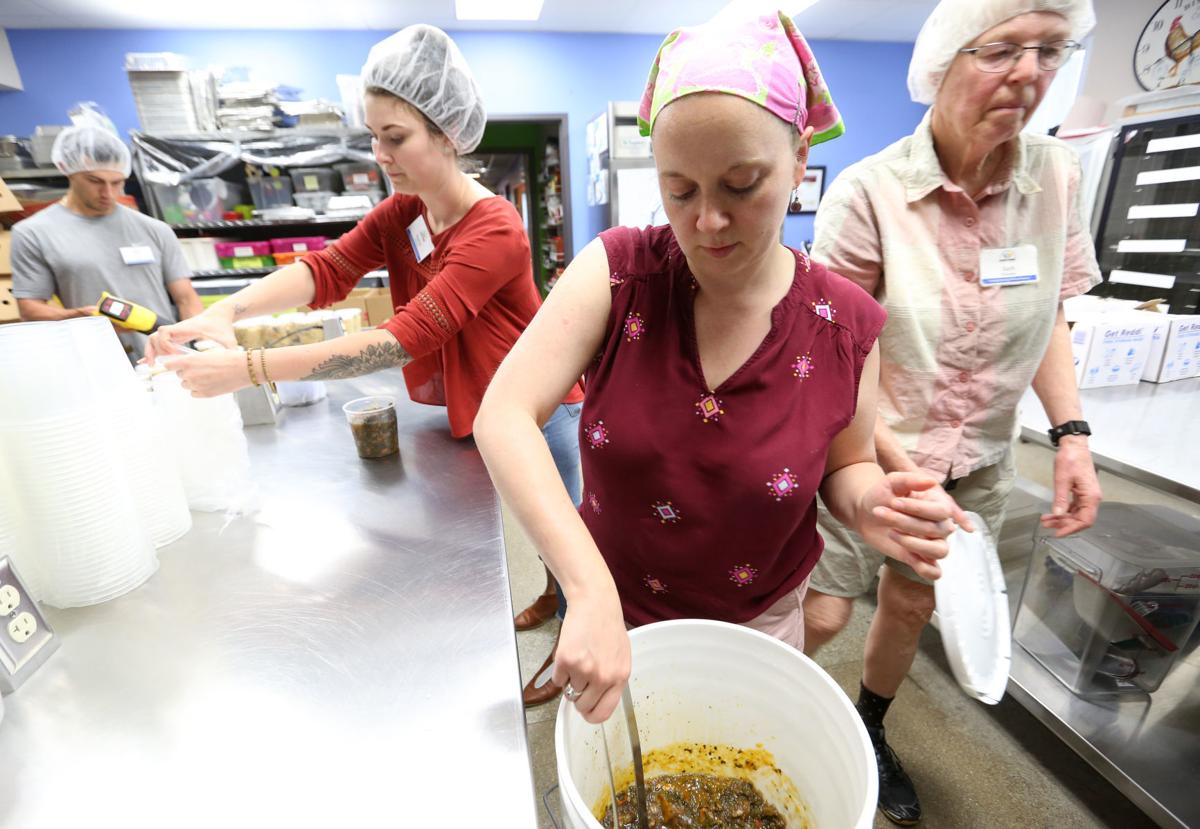 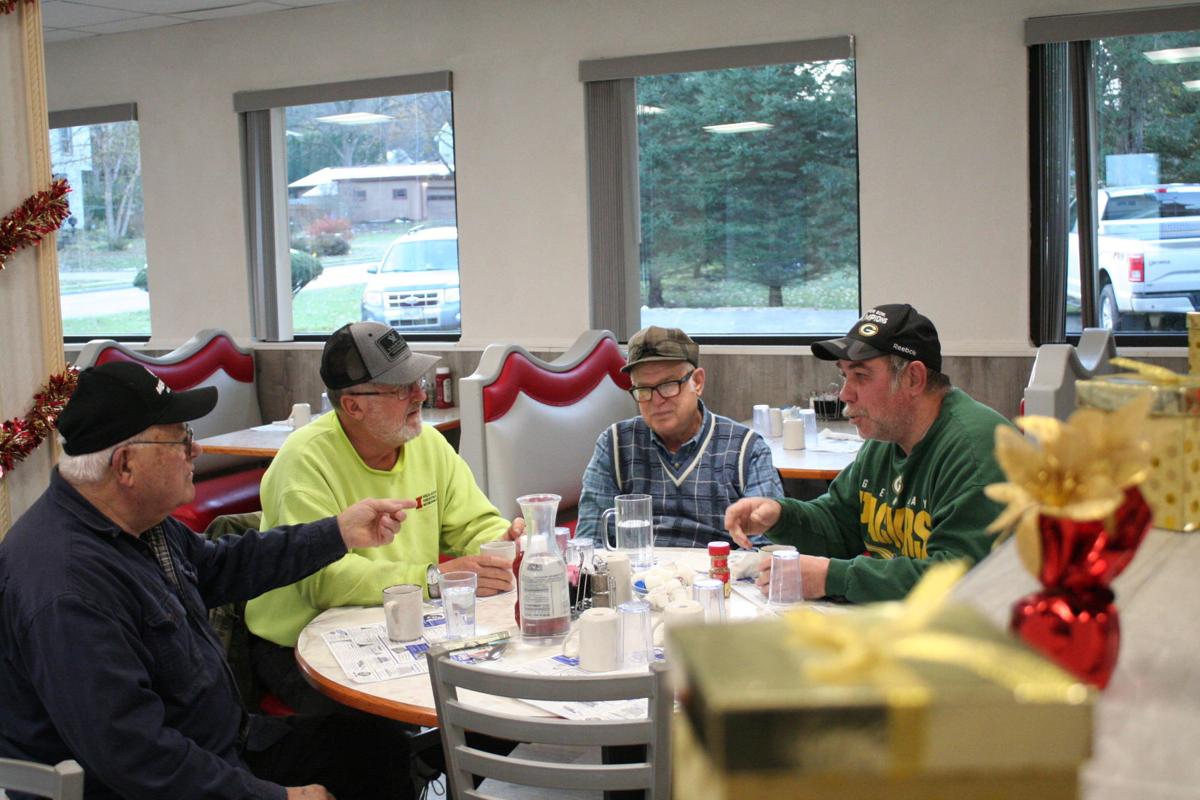 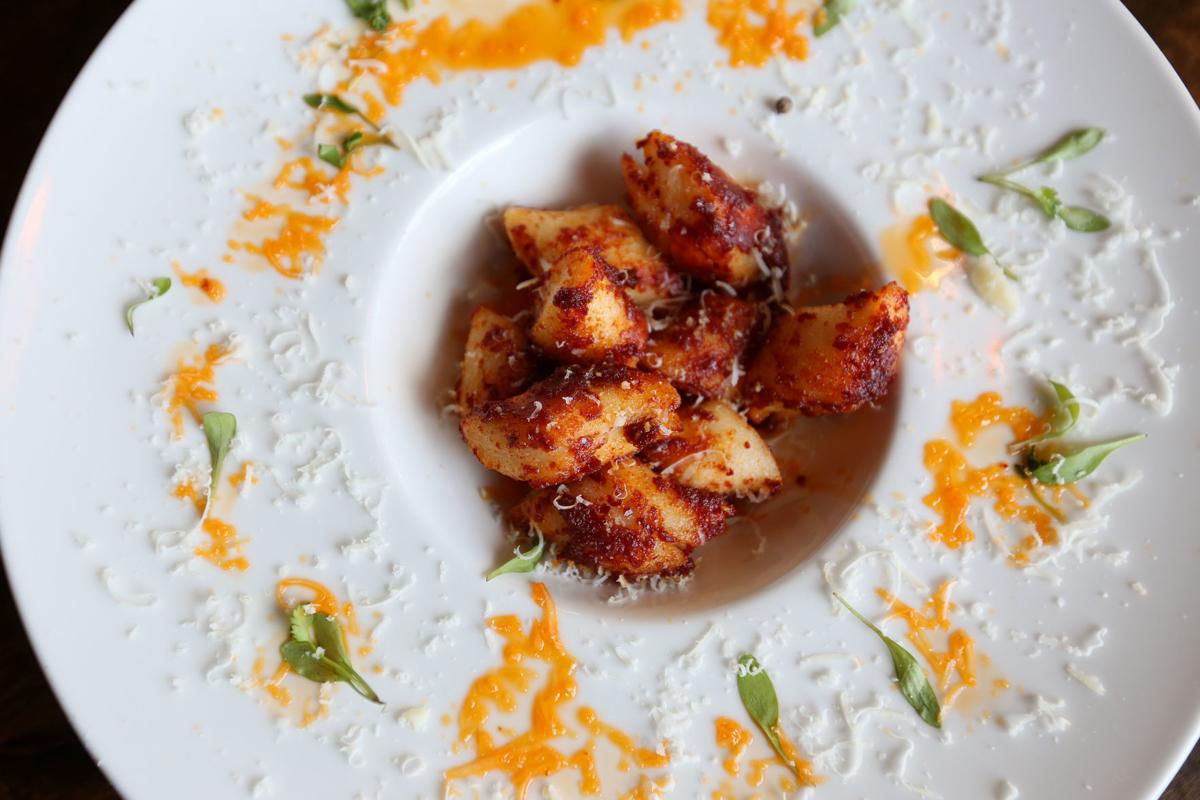 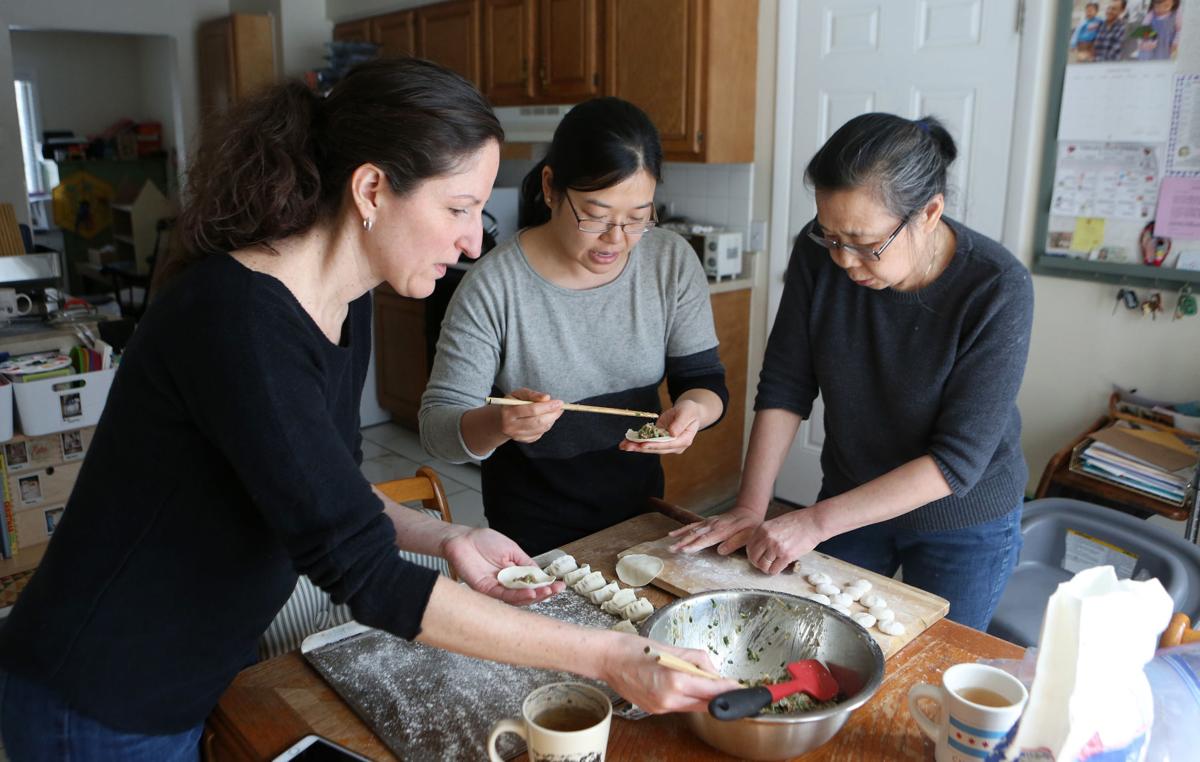 2019 was a pretty good year for eating, drinking and writing about it in Madison.

We kicked it off humbly, with pie on East Johnson Street and melt-in-your-mouth brisket at Beef Butter BBQ, one of several new spots on the north side. We ended with local meal kits, a tray of tacos longer than my arm and a purple Christmas cocktail served in Santa’s pants.

This year I really grew to appreciate an open kitchen. I watched Jenny Yin make baozi, Chinese steamed buns, through the window at Dumpling Haus at Hilldale. I caught a glimpse of Giovanni Novella’s thin crust pizzas going into a mosaic-tiled oven at Bar Corallini. At Doolittle’s Woodfired Grill, I hovered in the pass as bronze chickens revolved like a moving meditation.

Still, the food scene in Madison had its ups and downs, with staffing issues, lawsuits and fires plaguing local restaurants. We lost Sujeo and Forequarter, as well as Café Porta Alba, Wah Kee, Om Indian Fusion (I will miss those dosas!) and Chocolaterian, among others.

I personally had some culinary adventures. In June, I went to a dinner at Surya Café celebrating the hottest ingredient in town: non-psychoactive CBD. A vegetarian friend and I dined at a secret location outside Madison, at a members’ only pop-up in a restored old farmhouse. In October, sitting next to the food-obsessed arts professor who helped me get my masters degree, I sampled six courses of a feminine “Feast” in which each dish mirrored the elements in menstrual blood.

Writing about food in Madison involves farms and food pantries, access and equity. We covered an ice cream shop skirmish and explored the hard seltzer trend. We ran features about a new “truckyard” of Madison-based food carts clustered in the Wisconsin Dells, profiled a longtime lunch lady at the University of Wisconsin-Madison and looked into sourcing changes at UW Hospital.

Here are a few of my favorite food stories of 2019.

Kathy Brozyna, a thoughtful, observant local food writer, had the idea for a family-focused series highlighting the cultural traditions of her friends and neighbors. She called it "The Family Table," and in a series of personal essays she explored the cuisines of Japan, China, Greece and El Salvador as recreated here in Madison.

This essay, about Cantonese potstickers made in the home of Lucy Lomeli with her mother, He Lin, was one of my favorites. Expect the next installment of The Family Table in January 2020.

Restaurants around the country have struggled to find and keep staff for years. For some in Madison, the level of turnover has reached a crisis point. Diners see effects in everything from hours restaurants are open to the quality of food — a burnt-out cook with no time to train doesn’t care about your brunch eggs benedict. Restaurant openings in Madison have already slowed, but we can expect more closures in the new year. We’re likely to see prices on food creep up from fast casual to fine dining.

In this story, from March 2019, I aimed to lay out what restaurant staff is dealing with and how some industry veterans are working to solve the problem.

The Corner Table: Making A Restaurant

The Corner Table was the Cap Times’ first podcast, telling stories about food and drink in Madison for the past three years. This year we hosted our first two live shows with chef Nyanyika Banda at Old Sugar Distillery and Yia Vang at Cap Times Idea Fest. We also debuted our first series.

Inspiration for “Making A Restaurant” came from a podcast hosted by Chicago restaurateur Rick Bayless. The ins and outs of finding investors, negotiating menu and design, connecting a food concept with flooring and wine with the wallpaper — these things fascinate me. I wanted to go behind the scenes.

In this first episode, I talked with Caitlin Suemnicht of Food Fight Restaurant Group about opening Bar Corallini.

The Corner Table has fun things in store for 2020! Check out our latest episode with new co-host Chris Lay, in which we drink Christmas cocktails and discuss why you should never do shots with your family. (Subscribe on Apple Podcasts or Stitcher.)

As a reporter, this was my favorite story of the year. Issues of food insecurity and unnecessary waste run parallel to the work I do going to fancy restaurants, and for this piece I got to put on a bandana and some plastic gloves and get in the mix.

Executive director Marcia Kasieta is among 750 volunteers who run the Badger Prairie Needs Network, which takes big donations of things like soup made for Epic employees, perfectly good pecans, pounds of bacon and piles of potatoes and repackages them for use by food pantries, including its own.

Kasieta wants to see BPNN’s model replicated around the state. After just one shift, so do I.

We are lucky to work with many fine freelancers on our budget-friendly series, “Let’s Eat.” Writers including Victoria Davis, Nicole Haase, Terry Bell and Sarah Probst explored diners, coffee shops and food carts this year. They were our food story foragers, trying broasted chicken in DeForest, shaved ice in Mount Horeb, African fusion food on the north side and Chinese food off the Beltline.

One of my favorite pieces of 2019 came from Kat Cisar, a former Cap Times staffer who currently lives in Lodi. In November she went bright and early to Lucy’s, a local diner, where she met the members of the “smart table” and painted a vivid picture of small town life.

My two favorite reviews of the year had in common a few key things: excellent hospitality, creativity in the kitchen and clarity of vision.

Mr. Kimchi opened on King Street in the depths of last winter’s polar vortex, serving hotpots of silken tofu and chewy tteokbokki (cylindrical rice cakes) with spicy gochujang. I loved the depth of flavors on the menu, the beautiful presentation and the friendly flexibility of the owner, Tai Park.

And last month, I reviewed Cadre, a warm, French-inspired restaurant by Evan Dannells on the near west side. The menu is short and smart, with classic Gallic dishes like bouillabaisse and beef burgundy made with Wisconsin-grown root vegetables. Service is thoughtful and personal. And, not for nothing, the wine list is particularly good. I can’t wait to go back for the rabbit stew.

On this week's Corner Table, hosts Lindsay Christians and Chris Lay dive into holiday cocktails: the good, the bad and the nose-freezing snowball.

'Weathering With You' will brighten up an anime fan's day