It’s been less than four months, but Madison’s new east side Italian deli is already becoming a go-to for party sweets and appetizers. When Alimentari opened in September from the owners of A Pig in a Fur Coat, it initially gained popularity for traditional, rustic Italian sandwiches.

With the holidays peeking around the corner, this part-eatery, part-specialty market has become a saving grace for party-goers and hosts alike who lack the resources and confidence to create show-stopping dishes themselves.

“If someone’s not a cook, they can come to us and be like, ‘What should I make?’” said Bonnie Arent, co-owner of Alimentari and its partnering restaurant A Pig in a Fur Coat. “Ask us for anything. We’re really committed to what we do and if we don’t have something that you want or if you don’t know how to make something, we’re happy to help find the products, put together a game plan, or even make it for you.”

While the menu may primarily spotlight Alimentari’s sandwiches, such as the popular roast beef sub ($12) and the signature spicy soppressata ($11) with capicola and smoked Muenster, there has been an increase in demand for the deli’s high-class meat and cheese appetizer plates.

“It’s a show stopper and it’s the first line of a really good party,” said Enrico Bonanno, who co-owns Alimentari with Arent and is the brother of Dan Bonanno, head chef and owner of A Pig in a Fur Coat.

“A lot of people were stopping in around Thanksgiving hearing that we had cool meats and cheeses,” Enrico Bonanno added. “They said they wanted to show off for their families.”

One of the many combinations for these meat and cheese plates includes Italian style bread laid alongside mortadella sprinkled with pistachios. A triple cream brie-style blue cheese saturated in honey rests next to prosciutto ham and fresh mozzarella with balsamic vinegar and olive oil.

To “dress up” the plate, Bonanno adds a few select dill pickles with green and black olives. No matter what’s paired together, the taste is clean with every flavor distinguishable and complimentary. It’s strong, salty and seasoned but not even a little overwhelming.

“People trust us to throw something together that’s tasty and beautiful,” said Bonanno. “Last week I had a $200 meat and cheese board someone wanted to put together for a party and they just told me to do whatever I wanted.”

Alimentari has also received an influx of orders for Bonanno and Arent’s chocolate chip cream-filled cannolis ($3.99), as well as their pistachio and almond dessert cream, which customers have used in the past to bake cakes. Creations like these won’t be found on the deli’s website, because most were born out of customer requests.

“We’re kind of in an experimental phase right now, just throwing things around to see what people like and see what sticks,” said Arent. “It’s nice being a smaller business for things like that. We’re invested so we get a lot of invested customers.”

Alimentari serves as an Italian market in addition to a deli. Wall-to-wall shelves and island tables display a colorful variety of ready-to-purchase goods, from lemon pizzelle cookies ($3.99) and California calamari ($10.99) to sweet loaves of panettone ($15.99) and chocolate-covered peanuts ($6). There are also Italian hard candies and Jujubes at the register, 10 for $1.

“Yesterday, this Italian teacher came in to buy candy for her class and she was like, ‘My students are going to love this!’” said Bonanno. “The grocery stores around here don’t really have a lot of Italian stuff. They have a few things, but nothing like what we have here.

“We’ve really seen Madison’s European community come out of the woodwork since opening this place.”

Alimentari fills out its case with tiramisu ($11.99) from The Looking Glass Bakery, stracciatella gelato from Baron’s Gelato ($7.99), cheddar and caramel popcorn mix from Smoking Goose ($10.99) and orange toffee TCHO chocolate ($4.99). All of these would make excellent additions to any holiday party snack table.

For those willing to brave the kitchen, Alimentari also sells house-red sauce made with tomatoes, garlic and basil and dried pasta from Calabria, the region of Italy where Bonanno’s parents hail from.

“Our big idea with this place is that you can be the best Italian restaurant in your own home,” said Bonanno. “Italian food is really just simple ingredients cooked really well, or paired really well, but what’s really funny is people come in here for gifts too.”

Jars of sea salt with black summer truffle ($12.99), fennel pollen from Maison de Choix ($25.99), saffron ($14.99) and wrapped boxes of candy chestnuts from La Florentine ($14.99) are just a few of the cooking-oriented gifts sold at Alimentari. The specialty market also sells ceramic bowls and cutting boards and has an entire section dedicated to wine.

“Since opening this place, I’ve been to a couple different events with friends and I’ll bring stuff from here and it’s always been the highlight of the evening,” said Arent. “I’m actually doing the same thing for my family this year who are not very adventurous with their food.

Bonanno and Arent said those looking to order a cheese and meat plate or a large number of cannolis should call the shop a day or two in advance of the party. Cheese and meat boards start at $10-$20.

Alimentari, a new deli from the owners of A Pig in a Fur Coat, has opened at 306 South Brearly St. in Madison. Owners Dan Bonanno and Bonnie A…

After being his own boss for 40 years, John Indelicato has decided to hang up the apron and Maria’s Pizza in Oregon is currently on the market. “I hope they keep it a pizza place,” said Indelicato. “I’ll teach them all they want to know.”

Justice Neal, chef of the Tin Fox is capitalizing on an addictive Nashville fried chicken trend with a new "sister project," The Angry Rooster.

Let's Eat: A trio of bars tells a tale of three tater tots

Madison’s riffs on the classic Ore-Ida snack while Side Door explores the limits of toppings and Lulu’s 13 reinvents the tot as twice-baked potatoes. 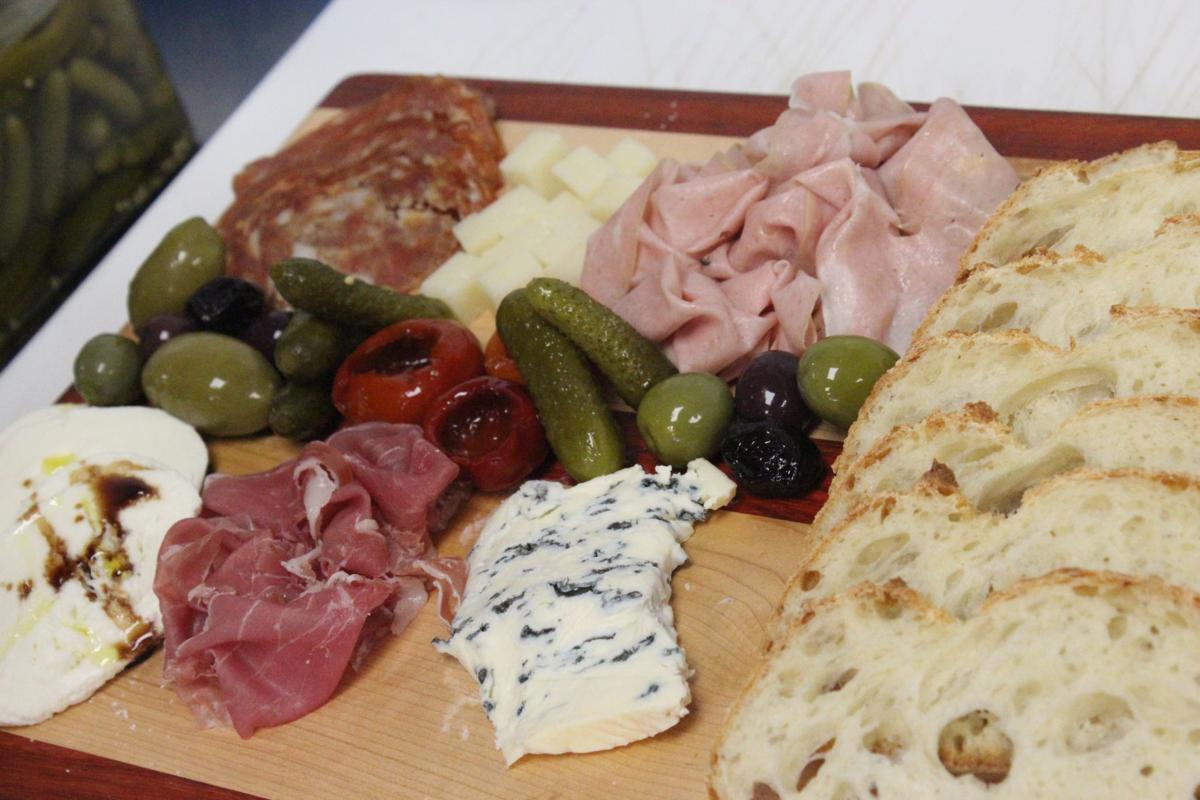 A meat and cheese board at Alimentari includes Italian style bread laid alongside mortadella sprinkled with pistachios. A triple cream brie-style blue cheese saturated in honey rests next to the prosciutto ham and fresh mozzarella with balsamic and olive oil. 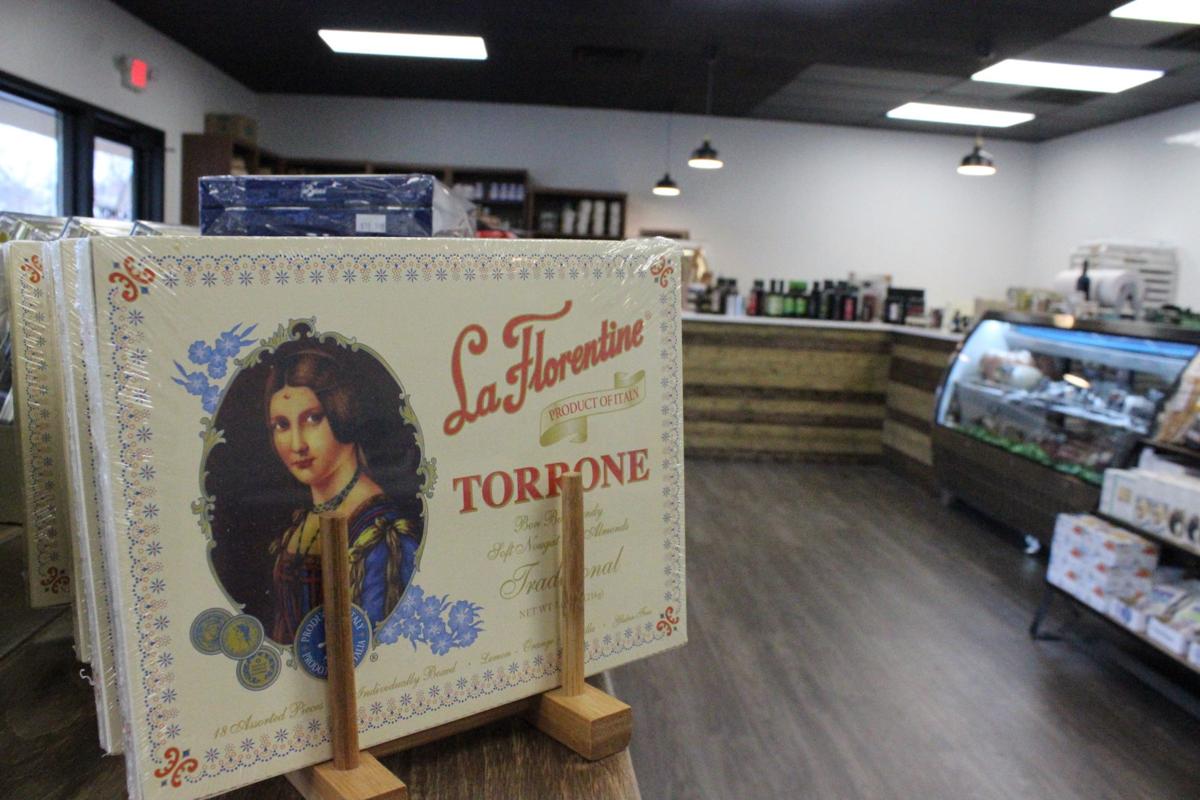 Wrapped boxes of candy chestnuts from La Florentine ($14.99) are sold at Alimentari. 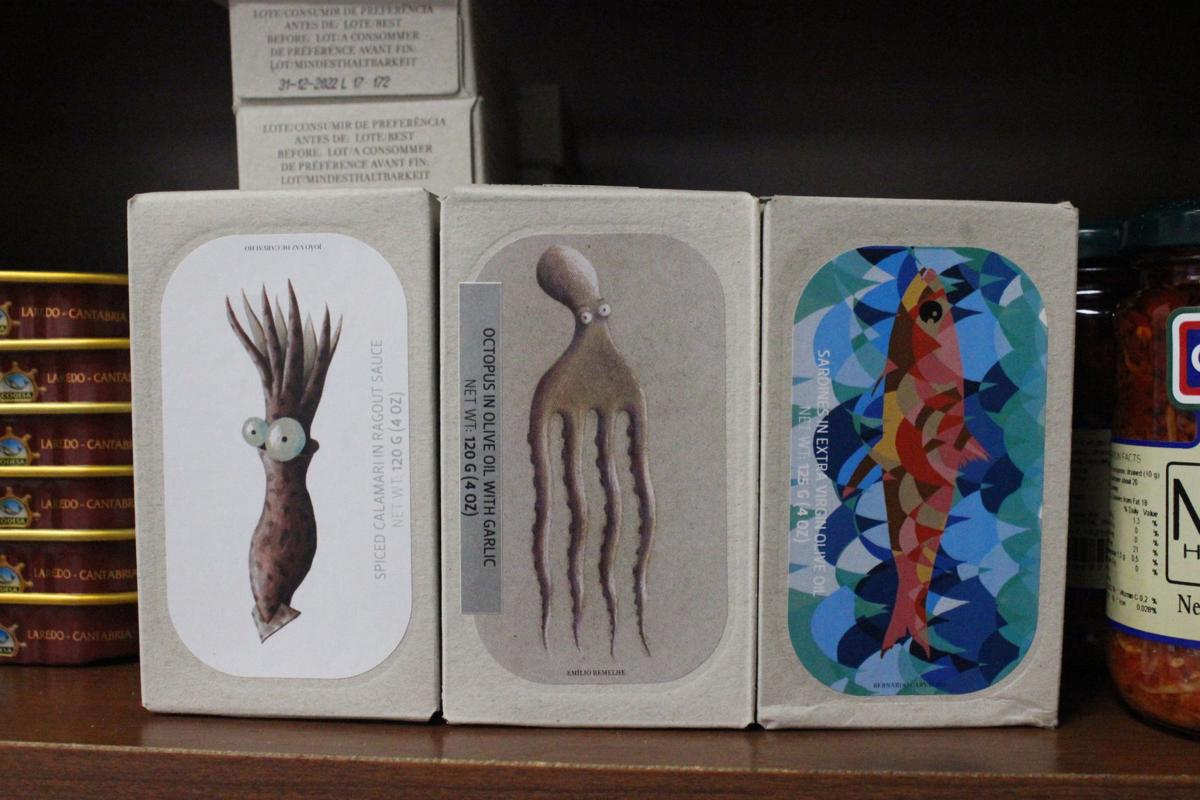 High quality tinned fish, shown here at Alimentari, is a quick way to dress up a holiday appetizer platter. 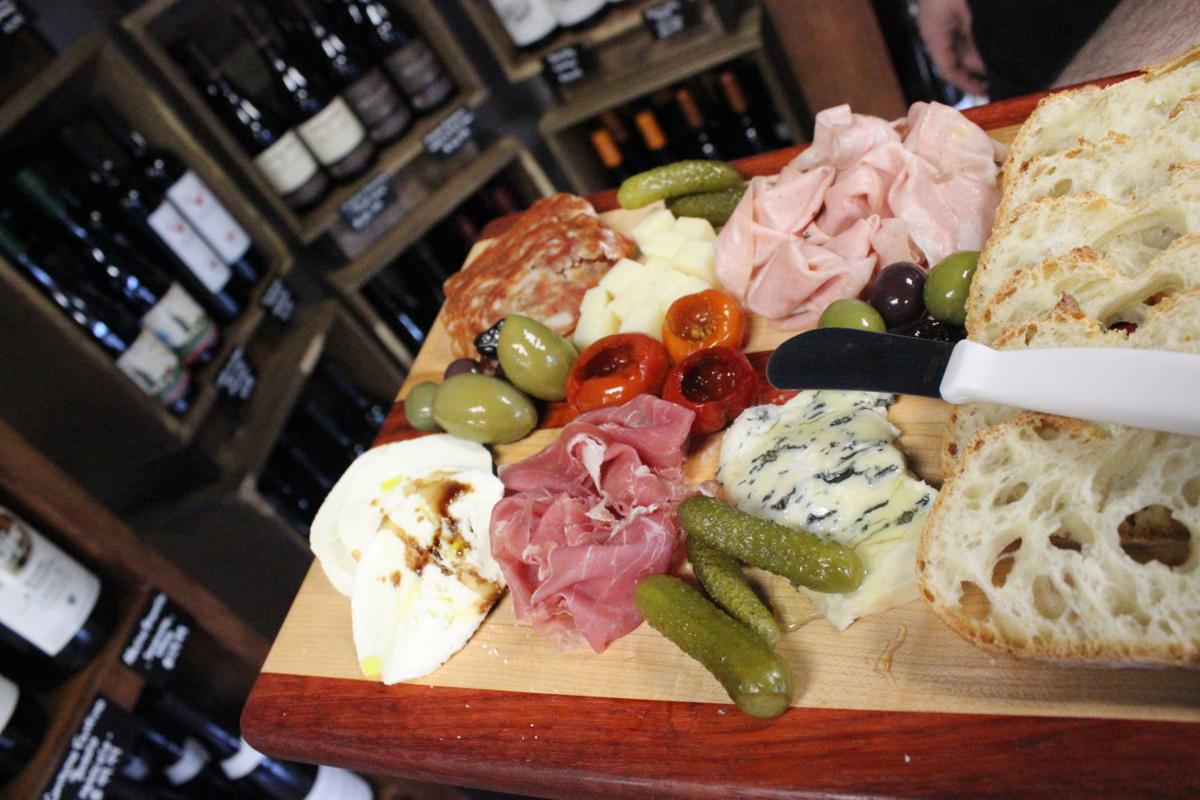 A cheese and meat board at Alimentari contains cured meats, artisan cheeses, pickles and Italian bread. 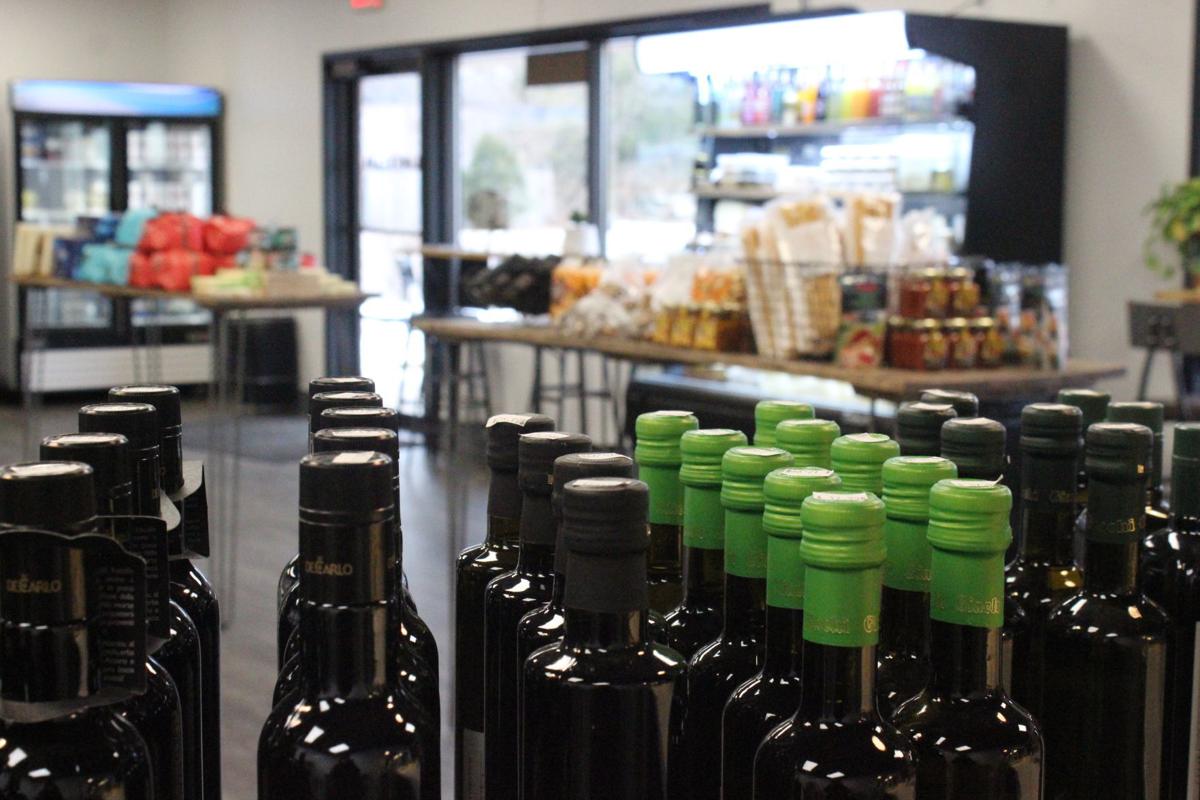 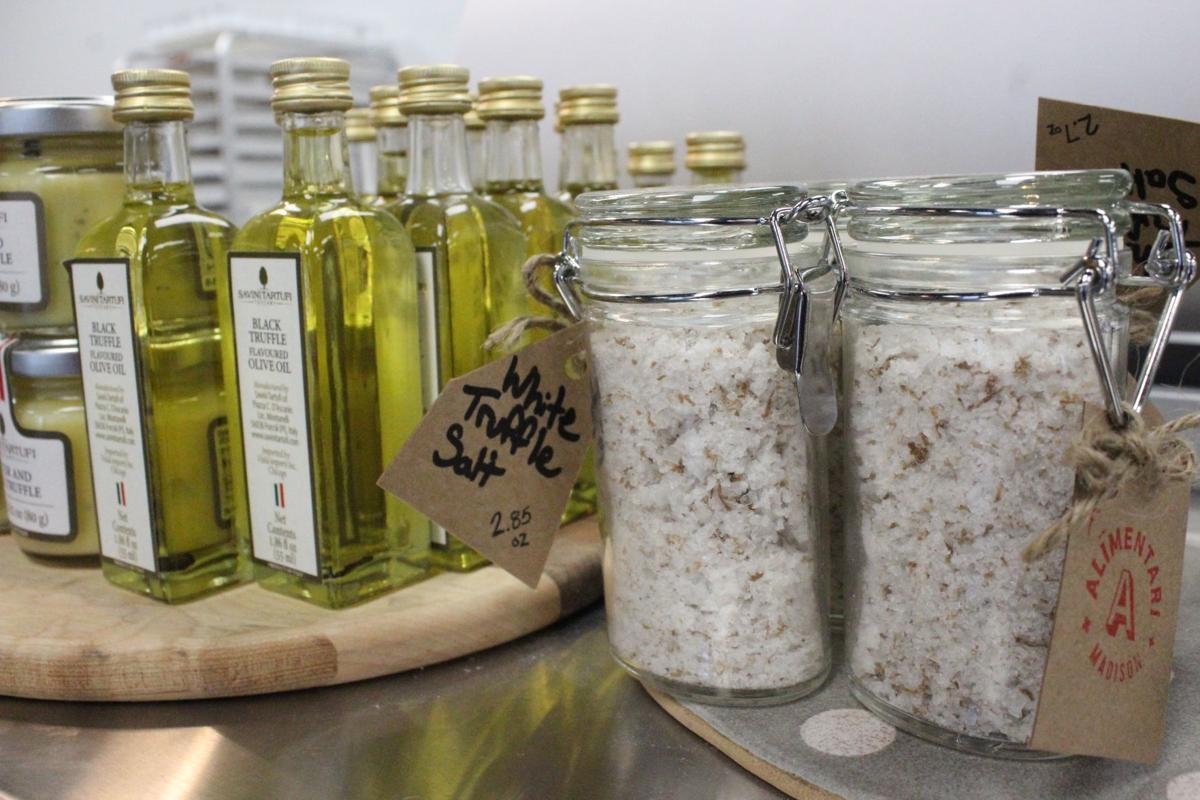 Jars of sea salt with black summer truffle ($12.99) are for sale at Alimentari. 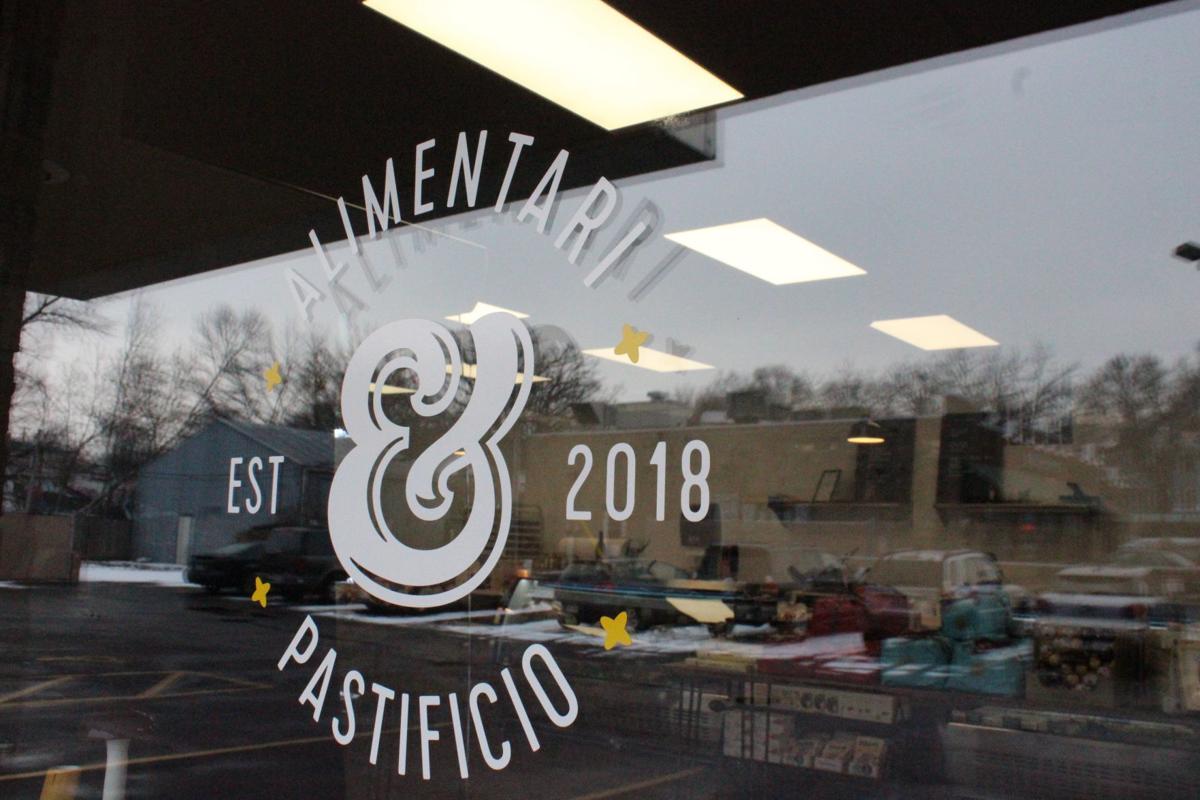