Chef and restaurateur Nyanyika Banda helped put Duluth on the map with her critically acclaimed restaurant Martha’s Daughter, described by the Minneapolis Star-Tribune as “a stylish reflection of its chef/owner” with “an eclectic and globe-hopping menu of meticulously prepared and wonderfully affordable dishes.”

Now you can see Banda in Madison at a special live recording of The Corner Table, the Cap Times’ dining podcast hosted by food editor Lindsay Christians.

Banda lived in Madison as a teenager and later earned a culinary degree from Madison College. She has cooked in highly acclaimed kitchens around the country — Mission Chinese Food and WD-50 in New York, the Saveur magazine test kitchen — as well as some of Madison’s own, including Jolly Bob’s and the Weary Traveler.

Martha’s Daughter started as a pop-up concept. This spring, it returned to one.

Banda is taking Martha’s Daughter on tour to Minneapolis, western Massachusetts, San Francisco and, this June, to Madison.

Tickets to see the recording are $10 and available here, but they are free to Cap Times members. Visit here for more information about the membership program or email us at ctmembers@madison.com with questions.

Hope to see you there. 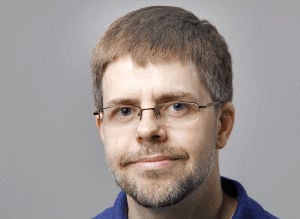 Managing Editor of The Capital Times

Good Food carts and cafe are saying goodbye to Madison

The owners cited COVID-19 and vandalism to their property in explaining their decision to close.

On the Sugar River, a farmer reimagines her mission

At high risk for COVID-19, Terri Belz, owner of Sugar River Farm in Belleville, had to find new ways to get her products to customers.

Your bartender tested positive for COVID. Now what?

Madison's public health department does not require notifying the public after an employee tests positive for COVID-19, in part to avoid stigma and fear.

The Leinie Lodge, a bar and merchandise shop in association with the Leinenkugel’s Brewing Company in Chippewa Falls, reopened Thursday.

When things get tough, some Wisconsinites turn to cream puffs.

For "COOK90," salad counts as cooking. Cheese and crackers don’t. The idea is to wean yourself off granola bars, bottled dressing, takeout and the microwave.

MMSD superintendent finalist Jenkins: ‘When I first walk in, I just want to listen’

Rena Yehuda Newman: Don't mourn for statues; imagine what can flourish in their place