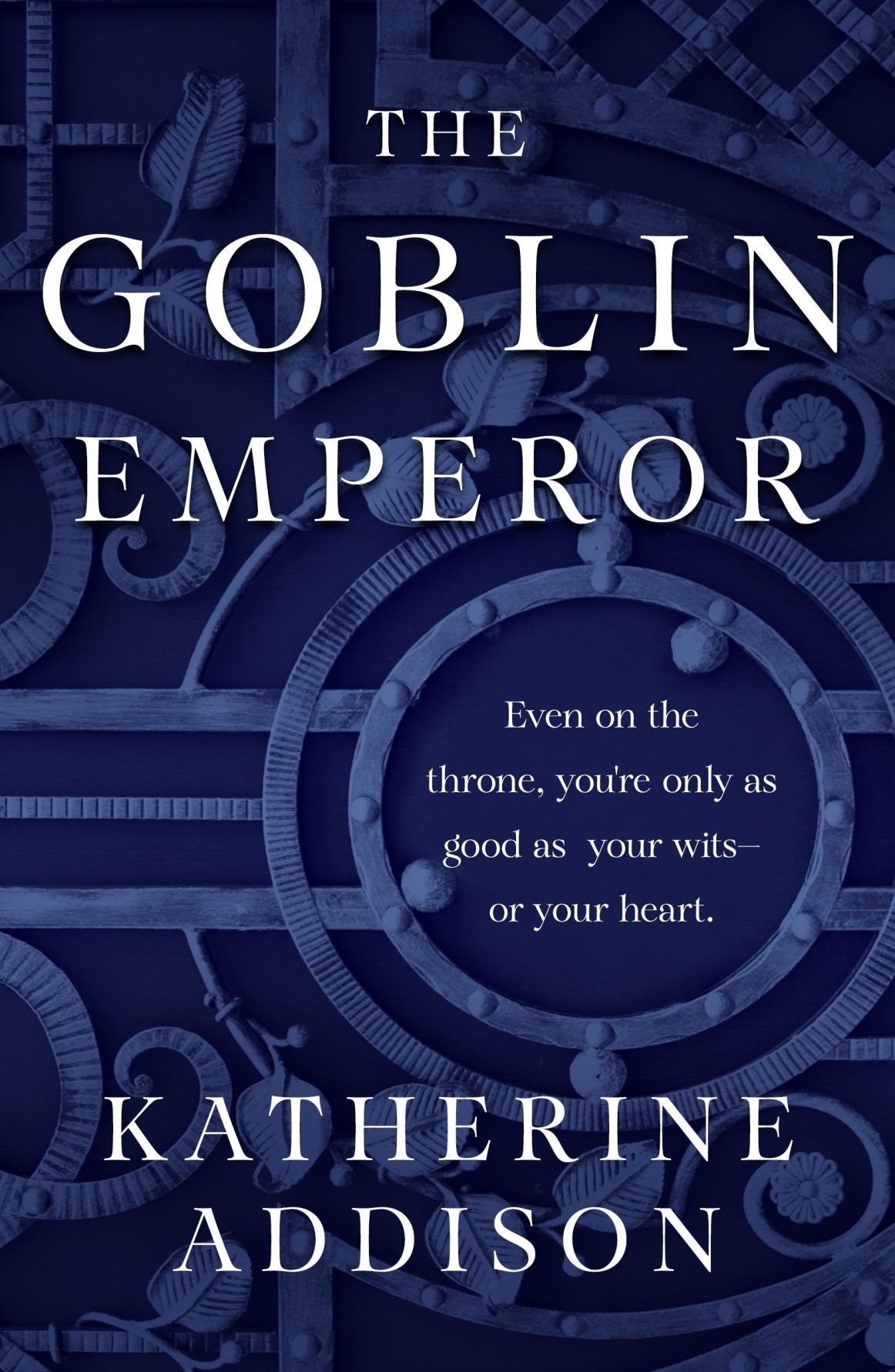 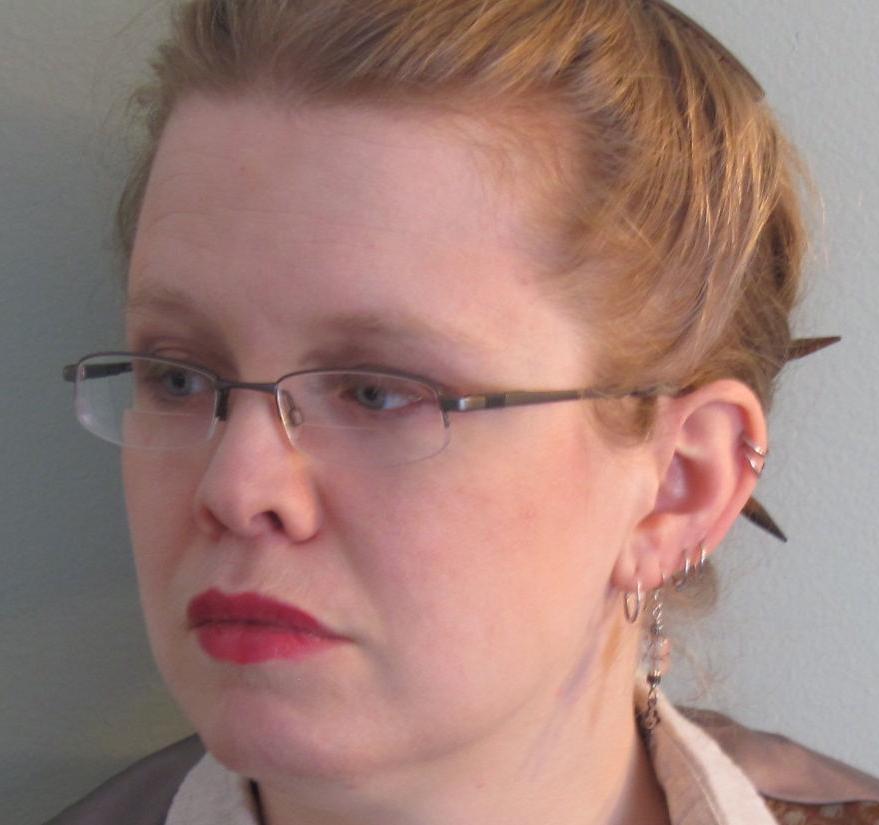 Katherine Addison’s debut fantasy novel “The Goblin Emperor” was a critically acclaimed, well-received book, winning the 2015 Locus Award for Best Fantasy Novel and was named a finalist for several other prestigious prizes.

“Katherine Addison” is the pseudonym of novelist Sarah Monette, a Tennessee native who lives near Madison.

She wrote several novels and short stories before “Goblin Emperor.” In 2009, when the financial crash left the publishing and book-selling industries in a precarious state, Monette’s previous publisher, Ace Books, said her sales numbers weren’t strong enough for them to accept her next book.

In came Tor/Forge Books, which was enthusiastic about publishing the book — as long as it didn’t have Monette’s name on it. Otherwise, big-box bookstores like Barnes & Noble and the now-defunct Borders would refuse to stock it.

“Publishing is very, very strange,” Monette said. “This was one of those decisions where I wasn’t going to say no if Tor wanted to publish me.”

While many authors of pseudonymous novels go to great lengths to hide their involvement, the truth behind “Katherine Addison” was an open secret, and Monette was free to let her fan base know that the book was hers even if her name wasn’t on it.

The strange experiment seems to have worked. Tor is re-releasing “The Goblin Emperor” on Feb. 12, in a new fifth-anniversary edition in trade paperback, and she is hard at work on a second novel set in the same world. Monette is celebrating with a reading at A Room of One’s Own bookstore, 315 W. Gorham St., at 7 p.m. on Feb. 12 and will debut some material from the upcoming book.

In a strange way, “The Goblin Emperor” is a bit of a first novel for Monette, or at least a departure from her previous fantasy novels, including “The Mirador” and “Corambis.”

“The Goblin Emperor” follows Maia, a half-Goblin, half-Elf who unexpectedly is crowned Emperor of the Elflands after his father, the previous Emperor, and three older brothers are all unexpectedly killed in a Hindenburg-like accident. A pariah from the royal family, Maia has to learn the ways of the court in order to navigate palace intrigue — and also determine what malevolent force was responsible for the deaths of his father and brothers.

It’s a twist on what Monette called the “lost heir” genre of fantasy novels, in which a lowly character is elevated to become ruler.

“The story always kind of ends when they get to the throne,” she said. “I started thinking, ‘Well, wait a second, that’s a very convenient place to end, but there’s a lot of story still there. How do you manage a court when you’re an outsider?’ I was very interested in posing that question to myself.”

Monette also challenged herself to write a fantasy novel that was confined to a location, as the genre is often known for quests involving long, dangerous journeys across distant lands (think “Lord of the Rings”). In “Emperor” nearly everything happens inside the palace, and inside Maia’s mind as he navigates the political machinations of the court.

“It’s sort of like writing a sonnet, where you have to have 14 lines and it has to have this rhythm pattern, and within that you can do anything you want,” she said. “I have this particular character who has these very limited set of options, but it was fun to see what is he going to do.”

The palace in “Goblin Emperor” was inspired by Louis XIV’s court in Versailles, and Monette said she posed herself another challenge: see if a wise ruler could take an imperious monarchy and evolve it into a constitutional monarchy without having to go through the French Revolution. “I call this a utopianist book because in this book the answer is yes, you can,” she said. “I’m not sure I really believe that in the real world.”

Monette said the second book won’t be a straight sequel, but will focus on a minor character in “The Goblin Emperor.” It will be another shift for her, a detective novel in a fantasy setting, and she’s using Raymond Chandler’s private eye Philip Marlowe as an inspiration.

She’s not sure when that book will be published. But it will have Addison’s name on it.

It's an annual tradition for Bill Gates - Microsoft co-founder, co-chair of the Bill & Melinda Gates Foundation, and avid reader - to release a summer reading list in May. This year, much of his attention is on the coronavirus pandemic, but he's aware that many of us might be looking for distractions: The list includes not only his traditional five recommendations, but a bonus list as well. ...

Every thorn has its rose. Poison singer Bret Michaels is as bummed about the coronavirus pandemic lockdown as anyone. But the endlessly optimistic rocker, who writes about a couple of near-death experiences in his photo-driven memoir, "Auto-Scrap-Ography: Volume 1," says this, too, shall pass. "We will be back out rocking," the 57-year-old told the Daily News. "It'll be a new normal, but we'll ...

This week's bestsellers from Publishers Weekly

J.K. Rowling is publishing a new children's book online. The "Harry Potter" author released the first two chapters of "The Ickabog" on a new website Tuesday, explaining that the story will be released for free over the next seven weeks. Posted every weekday, each installment will be "a chapter (or two or three)." "I had the idea for 'The Ickabog' a long time ago and read it to my two younger ...

Review: 'One Tough Out,' by Rod Carew, with Jaime Aron

"One Tough Out" by Rod Carew, with Jaime Aron; Triumph Books (312 pages, $26.95) ___ Any doubt that the Twin Cities has a special place in baseball player Rod Carew's heart will be erased upon learning that he brought his daughter, Michelle, back to Minneapolis to be buried after her death from leukemia in 1996 at age 18. Although born in Minnesota, she was just a baby when Carew left for ...

This week's bestsellers from Publishers Weekly

"American Sherlock: Murder, Forensics and the Birth of American CSI" by Kate Winkler Dawson; G.P. Putnam's Sons (336 pages, $27) ___ The latest nonfiction page-turner from Kate Winkler Dawson is really two books, one of which is great. Dawson - whose riveting "Death in the Air" tracked a deadly fog that cloaked London in 1952 - looks at Edward Oscar Heinrich, the Californian who pioneered ...

Review: 'Swimming in the Dark,' by Tomasz Jedrowski

Walkabout: Women on the front lines of change

"No Man's Land: The Trailblazing Women Who Ran Britain's Most Extraordinary Military Hospital During World War I" by Wendy Moore; Basic Books (368 pages, $30) ___ Histories about game-changing women have begun emerging in recent years, filling gaps with narratives that enhance what we know about momentous events in the 20th century - from two world wars to the civil rights era. I am thinking ...

“Outlander” series by Diana Gabaldon: This one got the TV treatment from Starz. Claire Randall, a World War II nurse, travels back in time to 18th-century Scotland where she is swept up in adventure and romance with Jamie Fraser.“The Aubrey-Maturin Series” by Patrick O’Brian: In this historical epic saga, a commander in the British Royal Navy and his surgeon explore the world and defend the empire in the year 1800. The series formed the basis for the 2003 film “Master and Commander: Far Side of the World.”