Nickolas Butler wrote “Godspeed” in a hurry, and it shows.

Not that the new novel by the Eau Claire writer, who lived for years in Madison, lacks the attention to detail he brought to his other novels, including “Shotgun Lovesongs” and “Little Faith.”

But “Godspeed,” which will be published next Tuesday by Putnam, has a ticking-clock momentum that befits a novel that Butler wrote in a six-month burst in 2019 while promoting “Little Faith.” His characters are racing against a deadline as well — three building contractors in Jackson, Wyoming, given the near-impossible task of finishing an opulent home for a mysterious attorney in a matter of months.

If the contractors make the Christmas deadline, they’ll get a massive bonus that will set them up for life, but it just may kill them first. “Godspeed” is reminiscent of “Treasure of the Sierra Madre” or “A Simple Plan,” showing how greed can corrupt even the most upstanding of men. It’s also the first of Butler’s books to be set outside of his native Wisconsin.

For “Godspeed,” Butler is doing a mix of virtual and in-person events around the state this summer and fall, including a virtual chat with “Raft of Stars” author Andrew Graff on Thursday, July 29 through Milwaukee’s Boswell Books. He talked with the Cap Times about writing about money and class, the importance of writing authentically about physical labor, and whether the old saw about writing a novel being like building a house is really true.

Why did you decide to set “Godspeed” in Wyoming?

Putting it in a place like Jackson, you can sort of up the ante in a lot of different ways. The housing market is just that much more tony and expensive, and the landscapes that much more dramatic. We’ve taken a family trip out there years ago, and I guess I was pretty naïve. We went to Jackson, this amazing little town, and I wondered if a person lived there, what his real estate costs would be like. I looked it up and was like ‘Oh, my God, you can’t be a normal person and live here.’

At the beginning of the book, you say it was inspired by true events.

My family and I moved to Eau Claire in 2013, and we bought a piece of property and commenced to build a house. When it was finished, a family friend who works in construction came over to shoot the shit. He told me about this multimillion dollar house south of Eau Claire that he’d been working on, and they sort of fell behind schedule. The homeowner got everybody on the crew together and said that she would offer them all a five-figure bonus, each individual guy, if they got the house done in the next three weeks. He said, “Nick, if we had all the meth in the world, there’s no way we could have finished that house in three weeks.”

It reminded me a lot of “Treasure of the Sierra Madre” in the way it shows how greed can corrupt even the most seemingly moral of men.

The book is dedicated to the writer of “Sierra Madre” (B. Traven). Another book that kind of helped me figure out the directions I needed to go was Scott Smith’s “A Simple Plan.” One of those books where you know something bad is going to happen to the characters, you just don’t know to whom and when. I like those books about morality where at any given moment, the character could make the moral or ethical move, but they just keep making the wrong decision. And then things keep escalating.

What did you want to say about the economy and the housing market? Are you seeing the same sorts of things in Wisconsin that you write about in Wyoming?

We’re just in this superheated housing market, and in a place like Jackson or Whitefish, Montana, things are that much more volatile. But it’s happening around me in Eau Claire. When we moved here eight years ago, there was no development within a mile and a half, two miles of us. Now it’s everywhere. I can’t believe how quick it’s happened. And I don’t really understand the machinations of the market. Like I don’t even understand where the money’s coming from. Who all the people are that have this money?

In addition to the three builders in the book, you dive into the life of the wealthy homeowner, Gretchen.

My wife went to UW Law School and graduated in the top 10 people in her class. She was a successful corporate attorney for a while, so we had a taste of what that lifestyle looks like. To us, it just looked like you get sucked into working more and more. You’re making more money, but you don’t have time to spend the money that you have.

Do you think you could have written this book if you hadn’t built a house yourself?

Our house is nothing like the house was described in “Godspeed.” Our house here is a very comfortable middle class or upper middle class house. But when we got done, I just had a lot of feelings of “What did we do that for?” I’m not suddenly happier for being in this house. It may look like what I always imagined, but it doesn’t have the power to suddenly flip a switch and make you happier.

Throughout your writing career, it seems like it’s been important to you to write about physical labor and hard work in an authentic way.

I never really had a good job throughout my 20s, (just) a lot of crappy, dangerous jobs. I worked with a lot of good people that helped me through those days. And I guess I’m always afraid that at some point, I’m not going to be able to do this anymore and I’ll have to go back to one of those jobs.

I hadn’t read a book like this. I’m not saying they’re not around, but these are characters that I don’t think a lot of other people are writing about. So I’m happy to fill that space.

I’ve heard it said that writing a novel is like building a house. Is there any truth to that?

If you’re the sort of person who’s mapping out the whole book, and it’s important for you to kind of know where you’re going at every step, I suppose it’s like having a blueprint to a house. But one of the pleasurable things for me is sometimes not knowing what’s going to happen.

Madison author Christina Clancy's new novel, "Shoulder Season," focuses on a 19-year-old girl from East Troy who becomes a Bunny at the Playboy Resort in Lake Geneva in 1981. 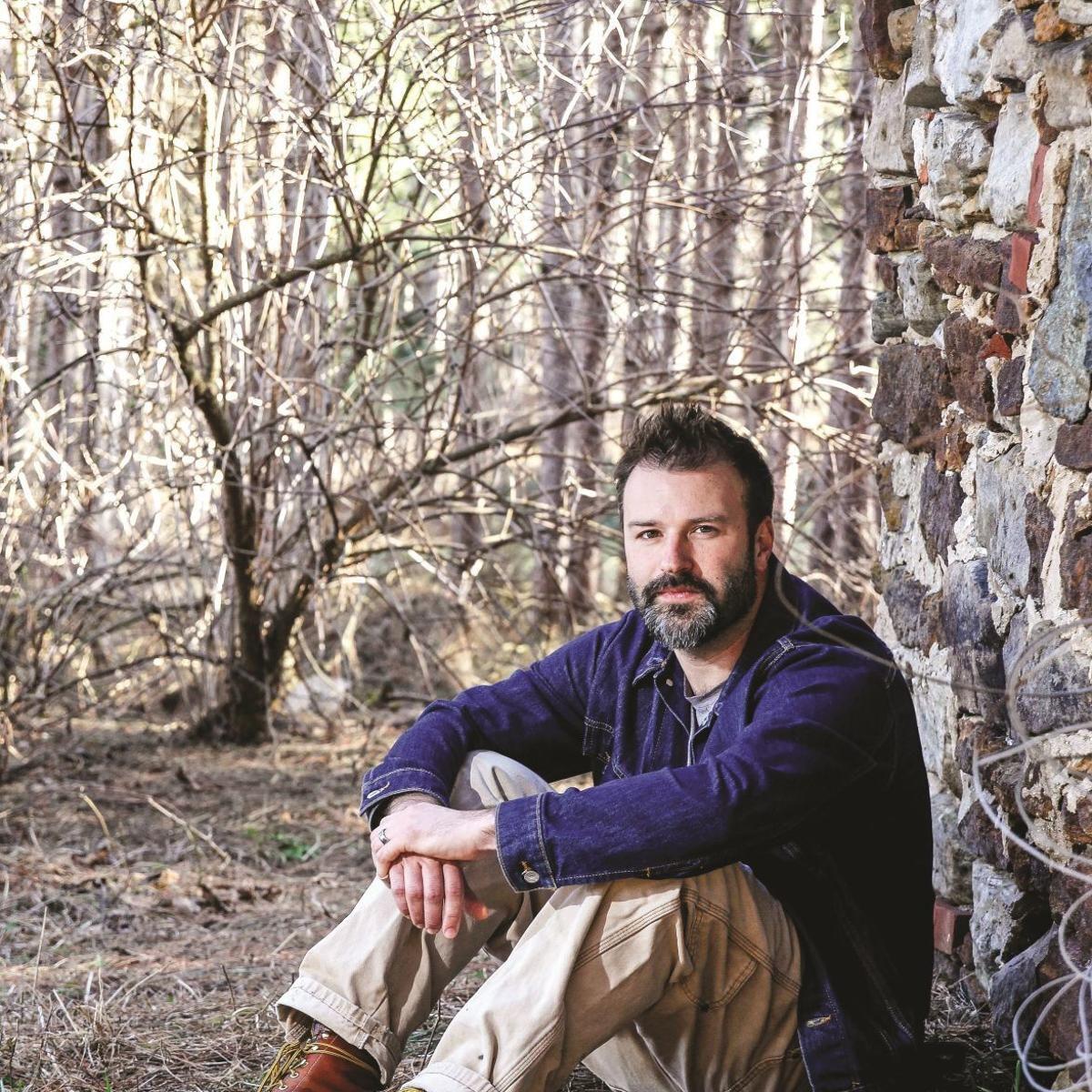 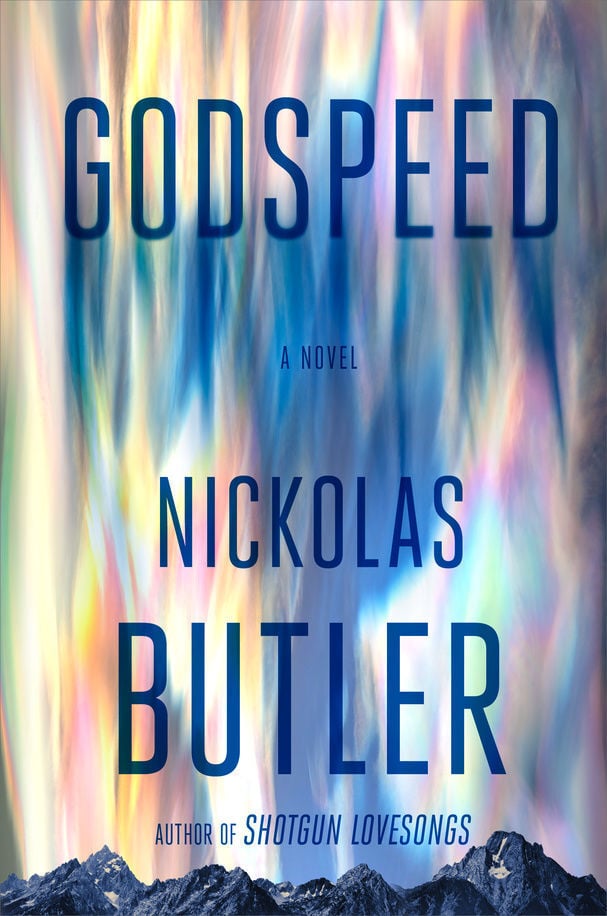 "Godspeed" is the first of Eau Claire author Nickolas Butler's novels to take place outside Wisconsin.