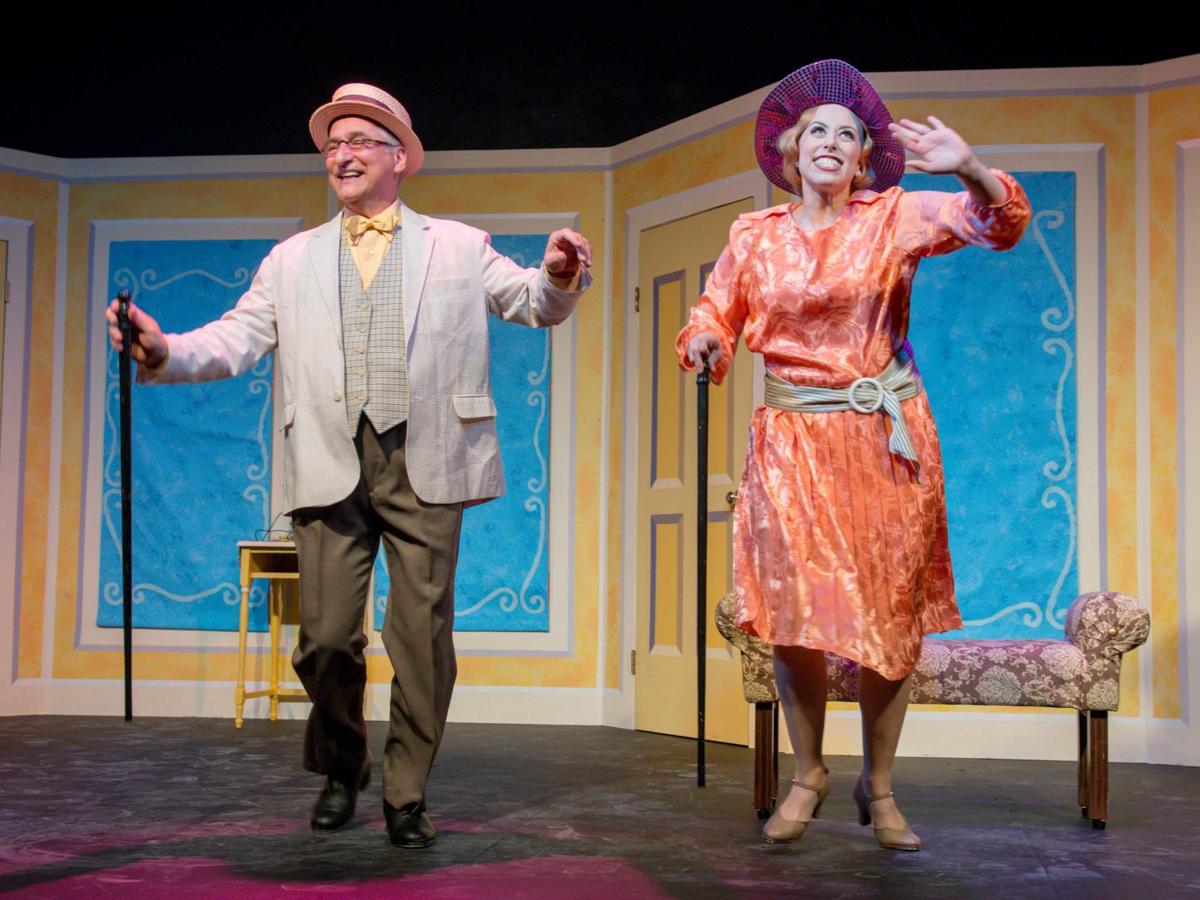 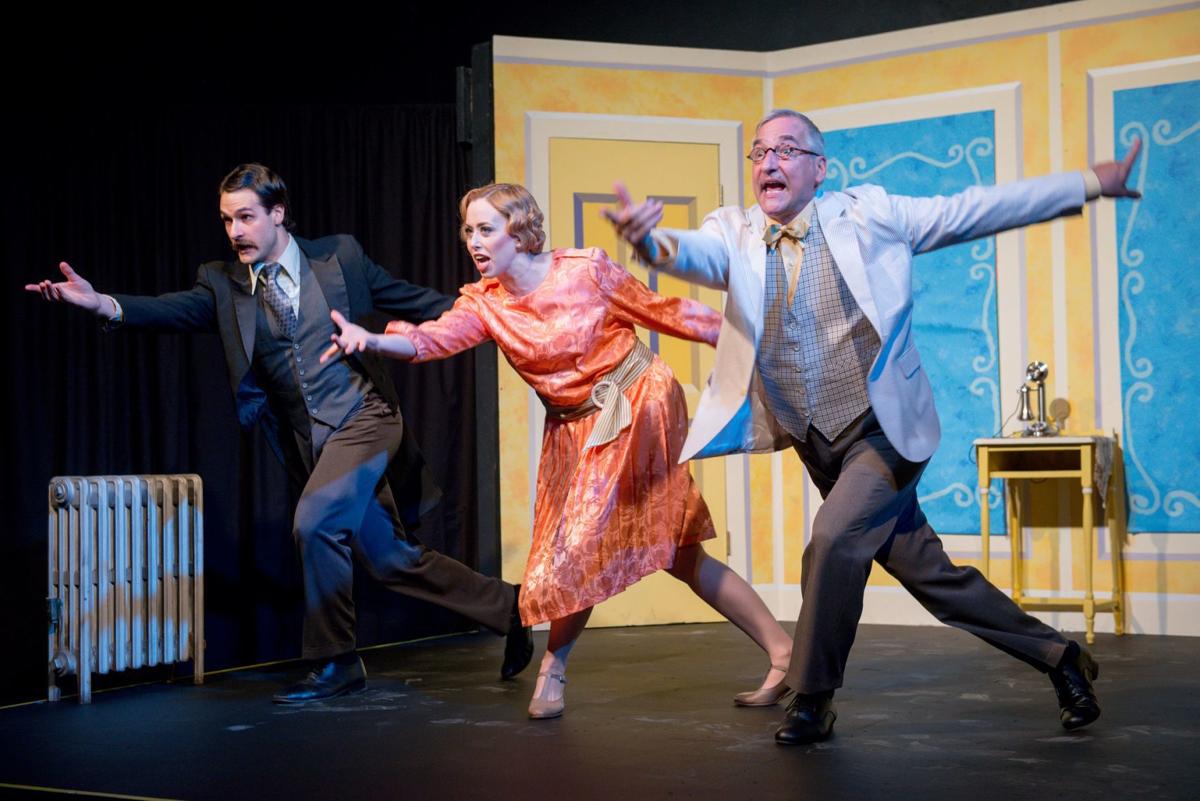 “Is it authentic? Well, yes and no,” Valcq wrote in his program notes. “A fair analogy might be: you find a trunk filled with pieces of fabric your grandmother created for a quilt that has since fallen apart. You decide to sew the pieces together.

Valcq is best known as the composer of “The Spitfire Grill,” a 2001 musical he wrote with the late Fred Alley based on the 1996 film of the same name. “Spitfire” had a short run in New York but its afterlife has been long. High schools and community theaters produce the musical every year, and American Theatre magazine reported that it has been translated into Korean, Japanese, and German.

“La La Lucille” was a different kind of project, one more about reassembling history. All that remained of the original show, Valcq said, were “seven published songs, two orchestrated numbers (one of which was cut before the show opened) in full score at the Library of Congress, and the complete script containing all the lyrics in the research archives of the New York Public Library.”

Valcq was inspired to get “Lucille” on her feet again by economics — Gershwin’s music from before 1923 is in the public domain — and a fascination with the composer that began 30-some years ago.

“I’ve always known and loved Gershwin, but I think I became a fanatic in my early 20s,” Valcq said. “I made it my mission to familiarize myself with all his music. He fascinated me because of his ability to work in ‘serious’ and popular fields at the same time, and I’ve always had both of those things churning inside of me.”

Third Avenue’s “La La Lucille” resurrects a bygone style of comedy. The story is silly: the Tuttle family, Lucille, her dentist husband John and her father Thomas (played by Valcq) are all broke. Dad and daughter used to have a lucrative life in vaudeville, but John’s rich aunt doesn’t approve of the “slinky britches” Lucille used to wear while performing.

After a few energetic tap numbers, the trio hatches a scheme to pretend that John and Lucille have divorced (“it’s your money or your wife!”) in order to claim an inheritance.

The script has some awkward old stereotypes, like an Italian butler who talks like a "Super Mario" brother and creepy sexual comments from Papa Tuttle to his grown daughter. Valcq tried to get around one egregiously dated element with clever casting.

“It did have the character of the ‘ugly woman’ who’s the butt of innumerable jokes about how hideous she is,” Valcq said. “There’s another character, the femme fatale, who is the most desirable woman in the play.

“My way of addressing this is both of those characters are played by the same actress. (Lydia Rose Eiche) does a lot of quick changes to change from the gawky one into the gorgeous one.”

Since “La La Lucille” opened July 25 in the Playhouse, the cast has continued to make minor tweaks. Sometimes a reaction line would interrupt the flow of laughter, so the actors cut it.

“What’s even more interesting and gratifying is how funny it is,” Valcq said. “I thought it was pretty funny, but it’s ‘laugh out loud, your face is hurting and you cry because you’re laughing so much’ funny, which is just delightful to see. These old gags really work.”

Valcq and Boles took over Third Avenue in 2011 and produced their first season in 2012. They focus on small cast, contemporary pieces like Marie Kohler’s “The Dig” (starring Madison actress Karen Moeller, last June), “Every Brilliant Thing” (a production of which is coming to Forward Theater next season) and Sam Shepard’s “True West.” It favors intimate musical revues — coming this fall will be “Tomfoolery,” featuring comic songs by Tom Lehrer. That opens Sept. 12.

Valcq and Boles have been trying to re-introduce Third Avenue to summer tourists and year-round locals. Among established companies, including Door Shakespeare, Peninsula Players Theatre and Northern Sky Theater (formerly American Folklore Theatre, in Peninsula State Park), Third Avenue is the only one that performs year-round, Valcq said.

“We’re very happy to be the place where you can go and continue to be culturally engaged after the tourists have gone,” Valcq said.

Valcq continues to write his own work. His Depression-era musical “Boxcar,” written with Laurie Flanigan Hegge, premiered at Northern Sky Theater last summer. He has other “exhumations” like “Lucille” planned for Third Avenue’s future.

“This is not an atypical project for us,” Valcq said. “People from Madison do come up to the Door, and I think more would include us if they knew about it.”