When “Every Brilliant Thing” opens to the sounds of mellow jazz, the lights never go down.

That’s because the cast hasn’t been determined yet — and maybe, you’re it. Actor David Daniel has to make eye contact, to see who’s leaning forward and who would rather crawl under a folding seat in the Playhouse than stand up and take one of his patient cues.

Forward Theater Company’s production of “Every Brilliant Thing,” running in Overture Center through Feb. 9, is designed to be different every night. If theater is collectively watching someone perform empathy in real time, in “Every Brilliant Thing” the empathy extends beyond the performer to the people in the seats.

Those volunteers will, as Daniel said in a preview, never be wrong.

The title of “Every Brilliant Thing” comes from a list started by our narrator (Daniel) when he’s a little kid. His mom, who casts a shadow over his narrative but never really appears, has attempted to take her own life.

The boy starts a list of all the good things that make life worth living. At first these are kid-centric things — ice cream, roller coasters, Spider Man. As a teen, he adds having dessert as a main course, skinny dipping, “997. Cycling downhill” and Marlon Brando. In college, he adds falling in love, friendly cats and being cooked for. The list grows.

In addition to playing some of the people in his life, audience members read parts of the list. This creates its own comedy. When a girl with braces in Thursday night’s audience proclaimed “Mar-LAWN Brando,” Daniel smiled.

“You have no idea who that is, do you?” Daniel said. She blushed.

“Every Brilliant Thing” was developed from a short monologue by Duncan Macmillan in collaboration with British comedian Jonny Donahoe. In 2013, the main character was a young Brit, like Donahoe.

Tyler Marchant, director of Forward’s production, gives Daniel more localized, age-appropriate references. There’s a joke about how Sheboyganites pronounce “Goethe” and a gesture to the Midwestern-ness that makes him disinclined toward support groups. That flexibility serves the play — a problematic line in the script about “social contagions” that turned me cold at a rehearsal last week was cut by Thursday.

Daniel is a warm, charismatic performer, with an abundance of energy and a childlike glee that makes him both a great comic actor and an infectious teacher. (Daniel is both a core company member and the education director at American Players Theatre.)

But Macmillan has given this actor a heavy lift. First they’ve got to memorize an hour-plus of script and catch whatever balls the impromptu cast throws each night. He must lead us by the hand through a story that meanders a bit, especially as the narrator ages.

And the tone shifts wildly. One minute a bright young voice from the audience reads “Number 996: really good oranges!” In the next breath our narrator observes that his parents may not love each other. It’s emotional whiplash. The fact that the mother is so lightly sketched adds to a sense of disconnect.

Perhaps because it’s so approachable in its cast size (one person) and set (minimal, though staging in the round can be a logistical hurdle), “Every Brilliant Thing” is having a moment. Milwaukee Repertory Theatre put it up last spring. More than two dozen productions are either currently running or forthcoming in the U.S. and Canada.

Forward Theater’s production is as strong as it can be, with deft jazz sound design by Joe Cerqua and a boxes full of props by Pamela Miles. Daniel is an appealing actor, and he is careful with the vulnerability he asks for in himself and us.

The best, though, is watching this play in the round. One of the last entries on that big, happy list is “old people holding hands.” Hearing that on Thursday, a couple directly opposite me on the risers reached for each other, leaning together. My heart flipped a little.

They felt a connection. We all did. It’s that kind of play.

“Every Brilliant Thing” is memoir as monologue. In Forward Theater Company's upcoming production, David Daniel is both a narrator and a kind of conductor.

Scandalous in 1907, “God of Vengeance” has come to life in a new context, thanks to Paula Vogel’s 2015 Tony-nominated play “Indecent.” Music Theatre of Madison’s production opens on Jan. 31 in the Play Circle at UW-Madison.

John Jesensky leads “Harry Potter and the Prisoner of Azkaban” in concert with the Madison Symphony Orchestra on Jan. 31 and Feb. 1 in Overture Hall.

As Zelda and Rachel work out who they are to each other, they go back to the tools they know best: Have a theory. Test it out, and see if it holds up.

Opera review: ‘Fellow Travelers’ is a certain kind of wonderful

With a subtle score by Gregory Spears and an approachable libretto by Greg Pierce, “Fellow Travelers” at Madison Opera feels seamless.

The 11-year-old professional company has announced its 2020-21 season in Overture Center's Playhouse. The theme is "United Stories of America."

Bingeworthy: Good (and not so good) things come in small packages on Quibi

Jenny Higgins and Laurel Rice: Access to contraception and abortion is as critical as ever during COVID-19 pandemic

The Madsplainers podcast: How UW communities are adjusting to college life during COVID-19 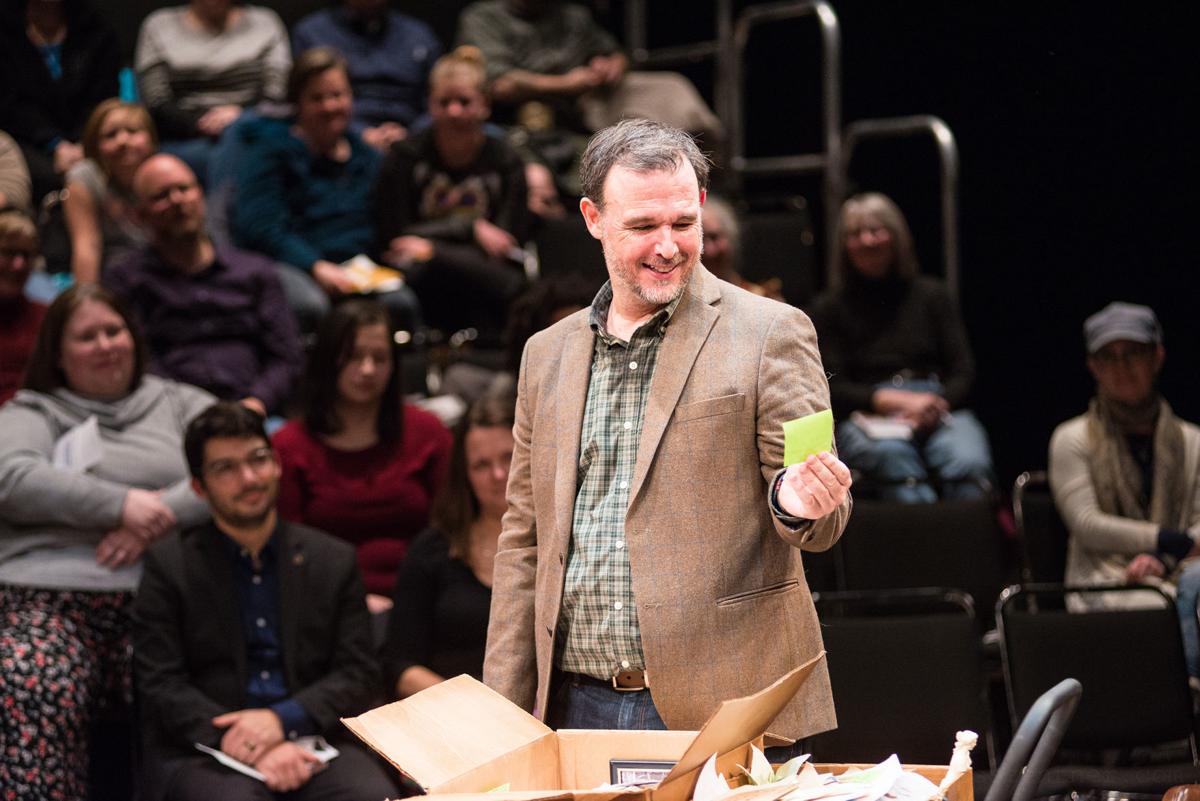 The narrator (David Daniel) reads from a list of "Every Brilliant Thing" he can think of in Forward Theater Company's current production in the Playhouse. 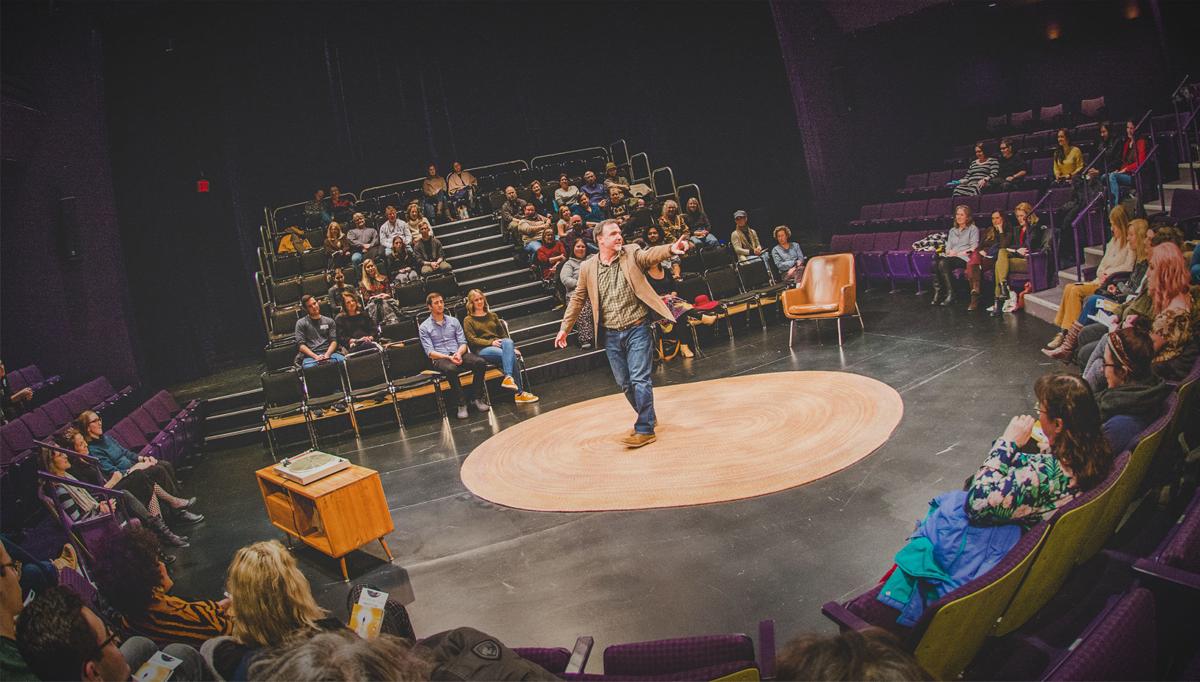 Tyler Marchant directs David Daniel, center, in the round in the Overture Center Playhouse for "Every Brilliant Thing." 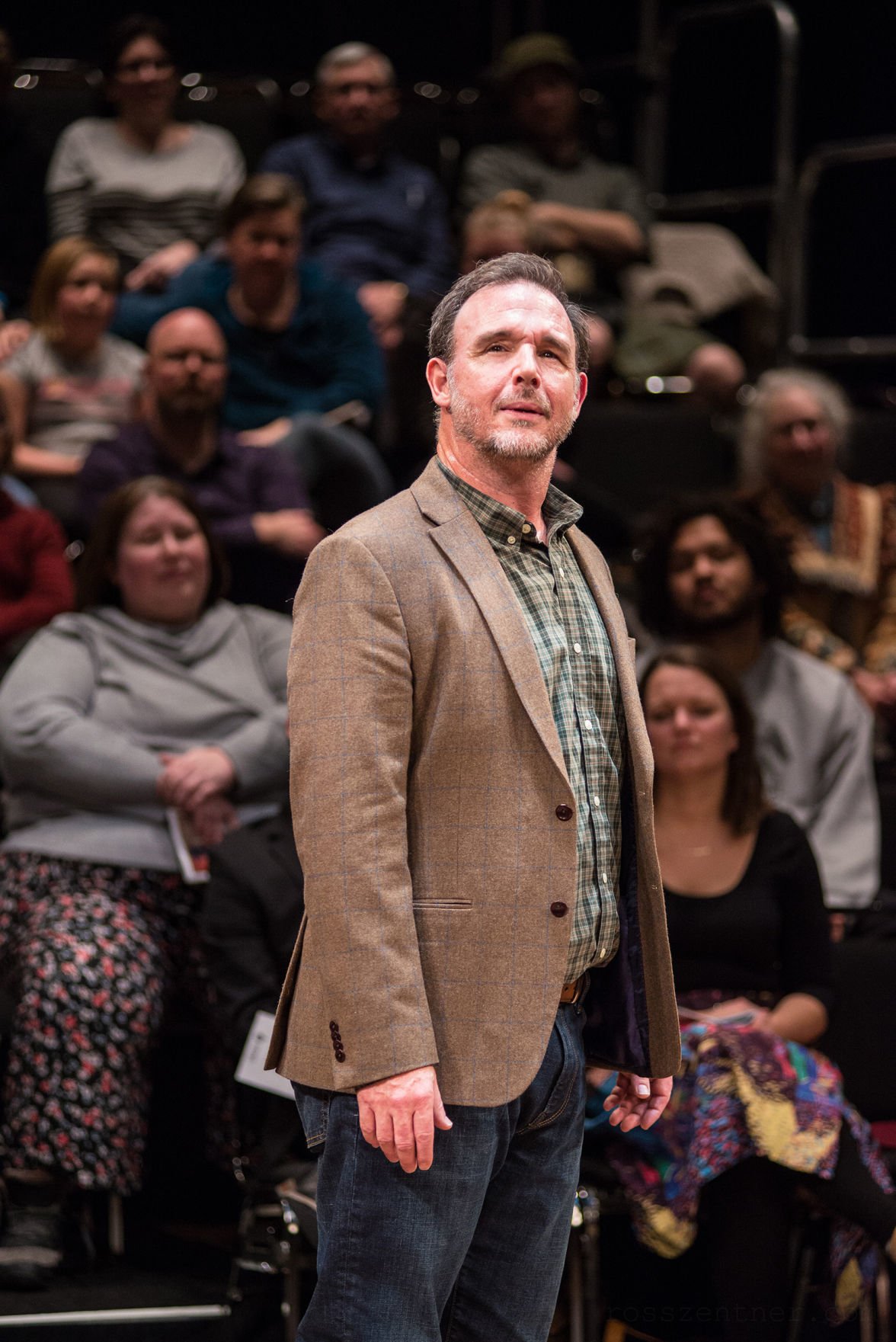 David Daniel plays a man who struggles with depression (his mother's and his own) in "Every Brilliant Thing" by Duncan Macmillan, written with Jonny Donahoe. 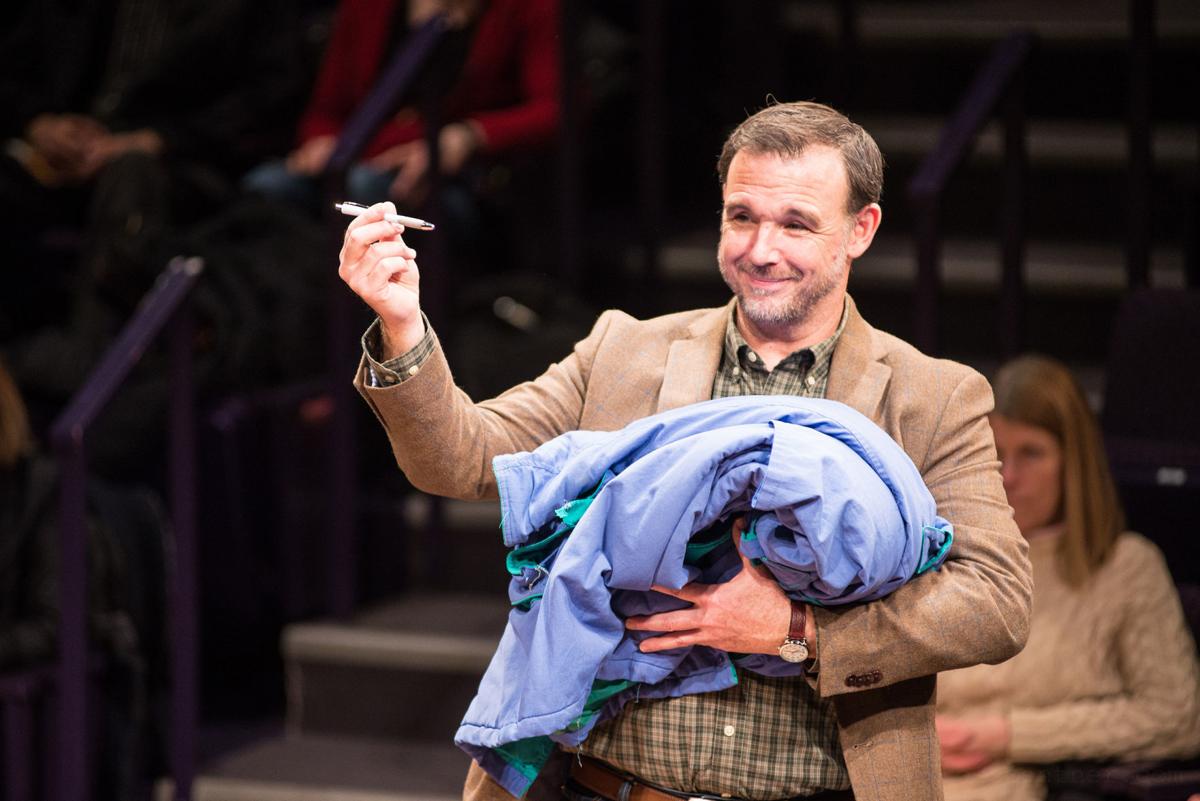 David Daniel uses props sourced from the audience in "Every Brilliant Thing," staged by Forward Theater Company in the Playhouse.