If you’re a person with a job like mine, even in a town the size of this one, “Hamilton” has been around long enough to forget some things.

That’s not to say the intense, emotionally powerful show that arrived (finally!) in Overture Hall on Tuesday is old news. On the contrary, one line, about a “quid pro quo” in “The Room Where It Happens,” reads much differently today than it did when the show opened in 2015.

Yet a few of the show’s pleasures had slipped my mind in the three years since Madison-based actor Karen Olivo embodied Angelica in the Chicago production (which is still running, one of six “Hamiltons” worldwide).

I forgot how funny it is, how casually confident. Revolutionaries brush their shoulders off like they’re Jay-Z. Every dude with a long jacket has to flip it a few times. As Thomas Jefferson, Warren Egypt Franklin steals a bunch of scenes in the second act mostly by wiggling his shoulders. (If you’re not a little in love with Franklin by the end of Act I, we did not see the same show.)

Composer Lin-Manuel Miranda used Ron Chernow’s doorstopper biography to inform an epic story of a founding father who emigrated to the U.S. as an orphaned teenager. Alexander Hamilton served in George Washington’s cabinet, founded The Bank of New York and died in a duel. It’s all quite historical.

Still, when Franklin (as Lafayette), Desmond Sean Ellington (Hercules Mulligan) and Elijah Malcomb (Laurens) yuk it up onstage like overgrown boys, it’s so goofy we have to laugh. They’re charming in a way that would definitely be irritating if you were their bartender.

Miranda and orchestrator Alex Lacamoire built “Hamilton” with a classic musical theater frame and incorporated rap battles, jazz and a Brit pop revenge ditty, among other styles. The score sounds pretty fabulous here, save a few times when sound effects get ghosty, like one of those echo microphone toys.

Standouts among the second national tour include Erin Clemons, who stepped into the role of Eliza Schuyler in the spring. Clemons’ Eliza has a core of steel; she brings a deep well of emotion and vocal power to “Burn.”

Ta’Rea Campbell, as Angelica, nails the nimble patter in “Satisfied.” Even better, when she opens into the song’s climax, it’s a revelation, one of the most moving moments in a show that’s full of them. Nyla Sostre, as Maria Reynolds, sounds like a ’90s R&B chanteuse.

Marcus Choi brings a pensive, self-possessed energy and charisma to George Washington. “One Last Time” feels like saying good-bye to a beloved family member, and Choi’s rendition is as poignant and powerful as ever.

Nik Walker gives Aaron Burr a lighter touch than others have before him. Walker balances Burr’s paralyzing indecision balance with an impish quality. Walker’s a marvelous singer — “Dear Theodosia” gives me shivers — and happens to be the most likeable Burr I’ve ever seen. This Burr knows what’s going to happen, yet he’s discovering as we watch.

As the title character, the one Miranda himself played on Broadway, Joseph Morales has the heaviest lift. He makes for a younger, hungrier Hamilton, but his voice may have suffered on tour. Particularly in Act I, his tone is gravelly. He speak-sings too often and, in ballads like “Story of Tonight,” pushes so hard it sounds painful.

Though driven by hype and dogged by complaints about ticket prices, “Hamilton” in 2019 bursts with ambition. A war is fought and won. Love is consummated, unrequited, publicly betrayed. I still hold my breath during every duel.

How lucky we are to be alive right now, indeed.

Run time is about 2 hours and 50 minutes with one intermission.

Cap Times Talk: A conversation with the cast of 'Hamilton'

Cap Times theater critic Lindsay Christians will interview cast members of the traveling company of the Broadway show at the Overture Center for the Arts on Thursday, Dec. 5.

After a slightly lighter Broadway year, Overture gears up for 'Hamilton' on-sale Sept. 28

It was a slightly lighter year for Broadway tours in 2018-19, but "Hamilton" has already had a major effect on the downtown arts center.

Is 'The SpongeBob Musical' good? You bet your Bikini Bottom it is

“The SpongeBob Musical” is a simple tale of a heroic sponge whose management skills and flexibility win the day. (Spoiler! SpongeBob has a happy ending.)

Five students from Overture's Jerry Awards Student Critics Program checked out the show. Their most positive notes centered around the leading women.

Cap Times Talks podcast: Live with the cast of 'Hamilton'

On the latest episode of Cap Times Talks, members of the "Hamilton" tour now in Madison join our theater critic to discuss the revolutionary show.

A trio of "Hamilton" actors shared their first impressions of the show and touted the importance of representation in a Cap Times Talk Thursday night.

Bingeworthy: The revolution will be televised as 'Hamilton' comes to Disney+

The film version of Lin-Manuel Miranda's revolutionary musical retains as much of the live theatrical experience as possible. It's available Friday on Disney+.

MMSD superintendent finalist Jenkins: ‘When I first walk in, I just want to listen’

Feeding the Youth continues to serve food at Madison protests 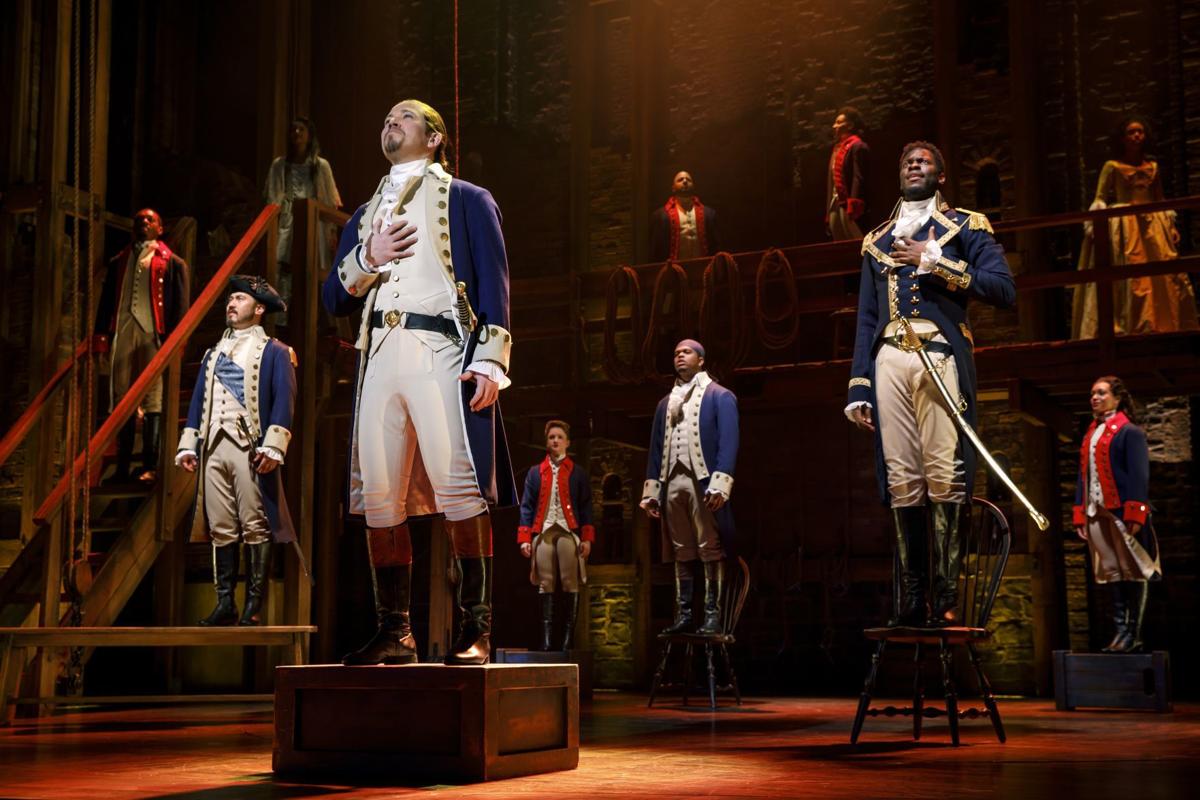 Joseph Morales, center, plays the title character in one of two national tours of "Hamilton," now at Overture Center. The tour runs in Madison through Dec. 8. 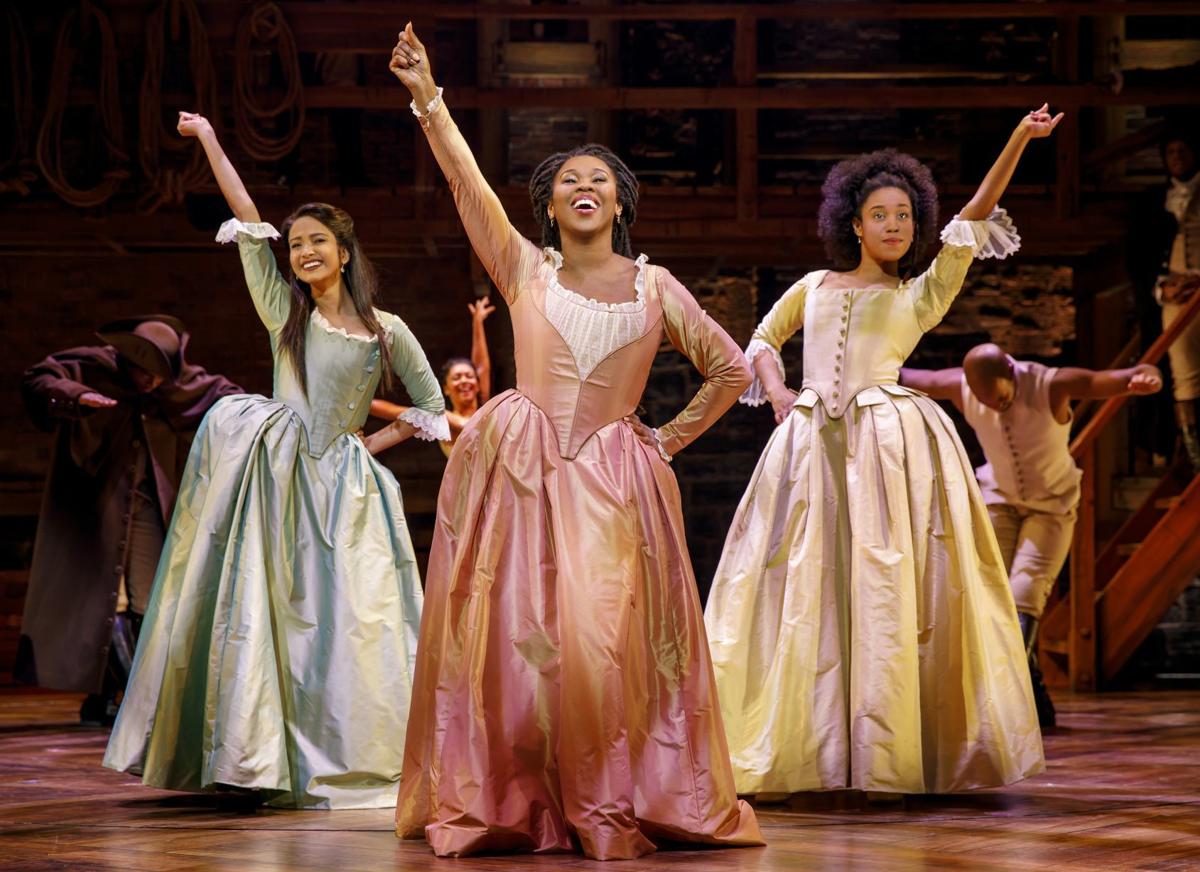 The Schuyler sisters celebrate "the greatest city in the world" in "Hamilton," at Overture Center through Dec. 8. Shown from left are Shoba Narayan as Eliza (now played by Erin Clemons), Ta'Rea Campbell as Angelica and Nyla Sostre as Peggy. 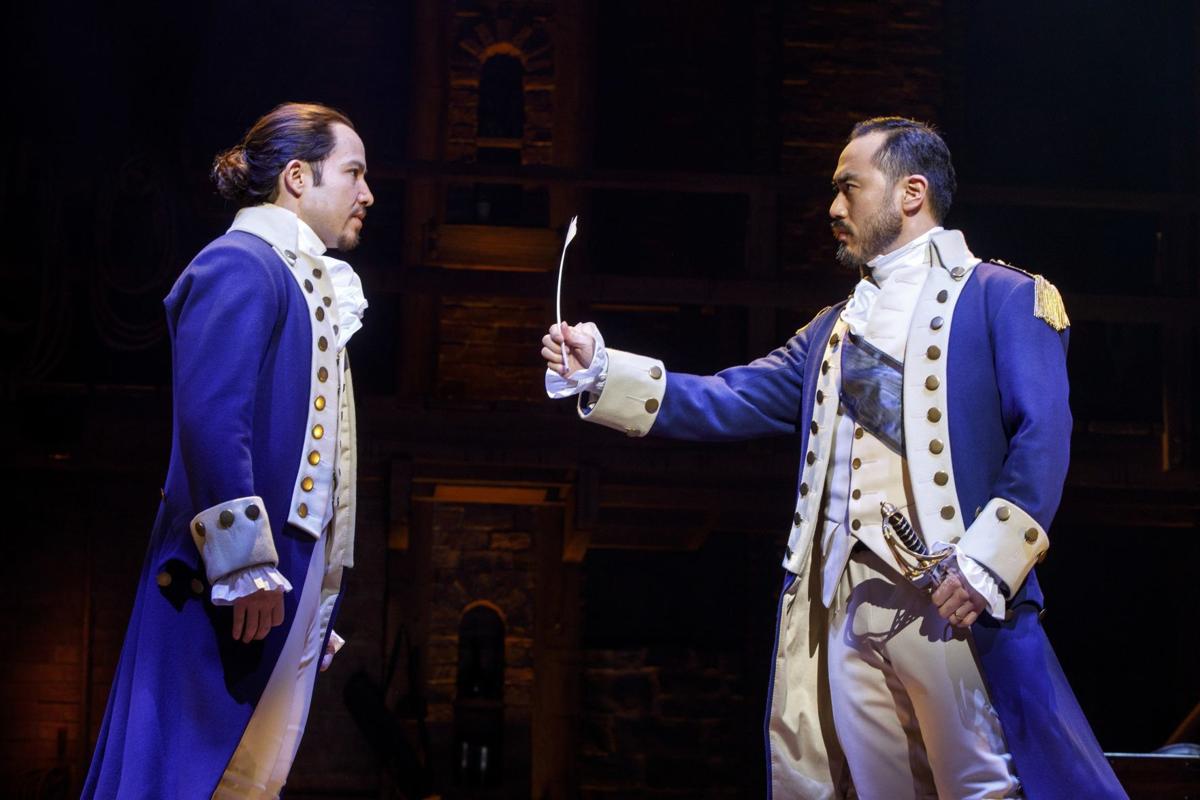