Professor Baron Kelly hasn’t lived in Madison for nearly two decades. In fall of 1999, while earning his Ph.D. at the University of Wisconsin-Madison, Kelly played one of the title characters in “The Three Musketeers” alongside Jim Ridge in the Mitchell Theatre.

Kelly hasn’t been back in town long. So he was astonished when last week at a local optometrist, someone recognized him from behind his mask. The staffer had seen “Three Musketeers” as a high schooler, and the production imprinted on him.

“He heard me say something, and maybe it was the way I said it, it triggered something for him,” said Kelly. “I was thunderstruck. This is how the universe works ... you never know when you’re touching someone. It was one of those moments.”

['The King of Confidence' chronicles a 19th-century charlatan's Midwestern exploits]

As an educator, actor, director and author, Kelly has built his career on making lasting connections. This fall, Kelly joined the UW-Madison Department of Theatre and Drama, where he earned a Ph.D. in theatre research in 2003. He’s teaching a small, upper-level Shakespearean performance course this fall.

That tenured position is concurrent (50/50) with an appointment with the Department of Continuing Studies’ Odyssey Project, a UW-Madison humanities program that offers low-income adults an introduction to the humanities. More than 90% of Odyssey graduates are students of color; some have overcome housing insecurity and incarceration.

“It’s been a transformative project for a lot of people who’ve gone on to graduate school, degrees at UW-Madison, social work,” Kelly said. “Now it’s expanded to Odyssey Junior, there’s childcare ... they go into the prisons, they have a program there now.

“The most important thing is the care of the students and what they’re doing. That has not changed.”

Since 2014, Kelly has been teaching at the University of Louisville, where most recently he was head of acting and the director of graduate studies. The pandemic paused Kelly’s years of extensive travel — in addition to an acting career in the 1980s and ’90s, Kelly is a four-time Fulbright scholar who studied and worked in Norway, Finland, Taiwan and Nigeria.

His doctoral dissertation was about the actor Earle Hyman, who was best known as Russell Huxtable (Bill Cosby’s father) on “The Cosby Show.” Like Kelly himself, Hyman performed historically white roles in Shakespeare and Ibsen, breaking racial barriers.

“It’s more than just being analytical, the way I developed this teaching,” Kelly said. “I’m not regurgitating something out of a book — I’m creating my own way, because I’m an actor and I know what’s necessary to get these students activated.”

His work now is an extension of what Kelly began 20 years ago. While he was a graduate student at UW-Madison, Kelly went out to local high schools to teach, essentially, an AP acting course for seniors and undergraduates.

A 2000 story in the Cap Times about the course noted a push to diversify the department’s student base, and reported that “the arts can be used to ... make students feel more comfortable at the university and integrate them into university life.” The reporter described Kelly as “a benevolent drill instructor.”

“This is almost like an affirmative action course,” Kelly said at the time. “There are high school students around here that want to go to college but think, ‘There’s nothing there for me.’”

['Ghost Tropic' takes a long, moving journey into the night]

Related to Patrick Sims’ later Theatre for Cultural and Social Awareness (TCSA) and connected to Kelly's own work with Odyssey, Kelly saw the class as a path in to higher education for students of color.

After he left the UW, Kelly returned year after year to work with the Odyssey Project and its founder and co-director, Emily Auerbach. He’s watched the program grow, both in scope and prominence.

“It’s been generational now, with certain people,” Kelly said of the project. He has worked with Odyssey students on their interview skills and how to use their voices, “helping them be present in spaces.”

“There’s a dictum in the African American community — you’ve gotta be better than great, just to be average,” he said.

Though theaters remain closed due to the coronavirus, Kelly has started to think about what kind of plays he’d like to see here, produced by him or not. He’s been talking with colleagues about a production of “Fences.” He loves Sondheim, and would love to be part of a production of “Sunday in the Park with George.” He has spoken with literature professor Sandra Adell, who’s been working on a local Black Theater Collective, about coaching actors of color, and he is open to working with American Players Theatre or Forward Theater.

“My interests and the opportunities I’ve been given are far greater, far wider than the average person,” Kelly said.

One example of this is the first play he’d like to do with his colleague, the acting and directing professor Patricia Boyette. It’s a classic of the American theatrical canon.

“The first play in my mind, and I think we can get the rights for it, would be ‘Who’s Afraid of Virginia Woolf?’” Kelly said. “There have been interracial productions of Albee. But I’ve never seen a Black George and a white Martha, and I don’t know why. I don’t think it’s ever been done.”

"I try to make my plays take on human issues and also make them funny," said the founder of Rachel Lynett Theatre Company. "I like to lead with laughter."

'Lifespan of a Fact' debates the details on a virtual stage

Missing American Players Theatre? Take a walk in the woods, and listen

If These Trees Could Talk, running weekends through Oct. 18, takes visitors on a two-hour tour of the APT grounds and theater, set to poetry and stories.

Three new plays will become available on consecutive Fridays: Nov. 6, Nov. 13 and Nov. 20. They will be free to watch on demand through PBS Wisconsin.

Explore Madison's haunted stages at 'Under the Ghost Light'

On Oct. 29, Overture Center taps into its own rich history with a virtual event meant to highlight the spirits that linger in the (temporarily) empty theaters. 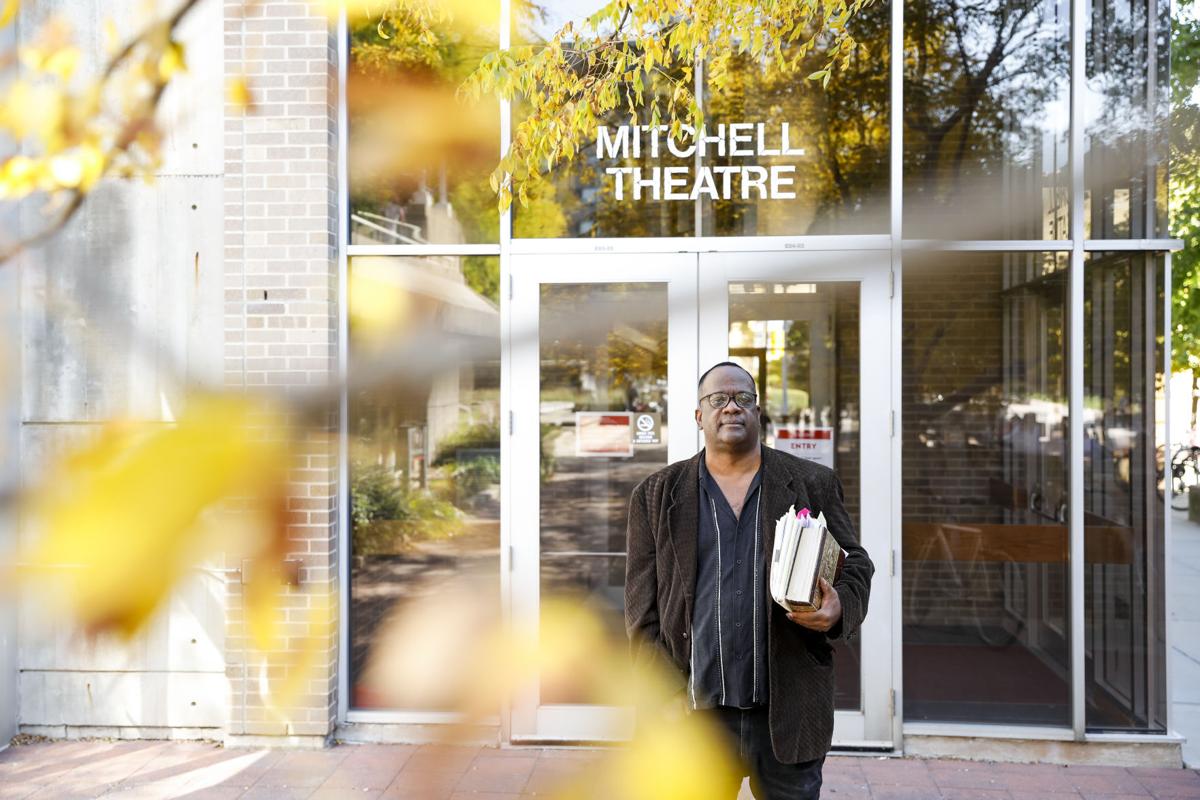 Professor Baron Kelly poses for a portrait in his “old stomping grounds” outside the Hemsley and Mitchell theaters at UW-Madison. 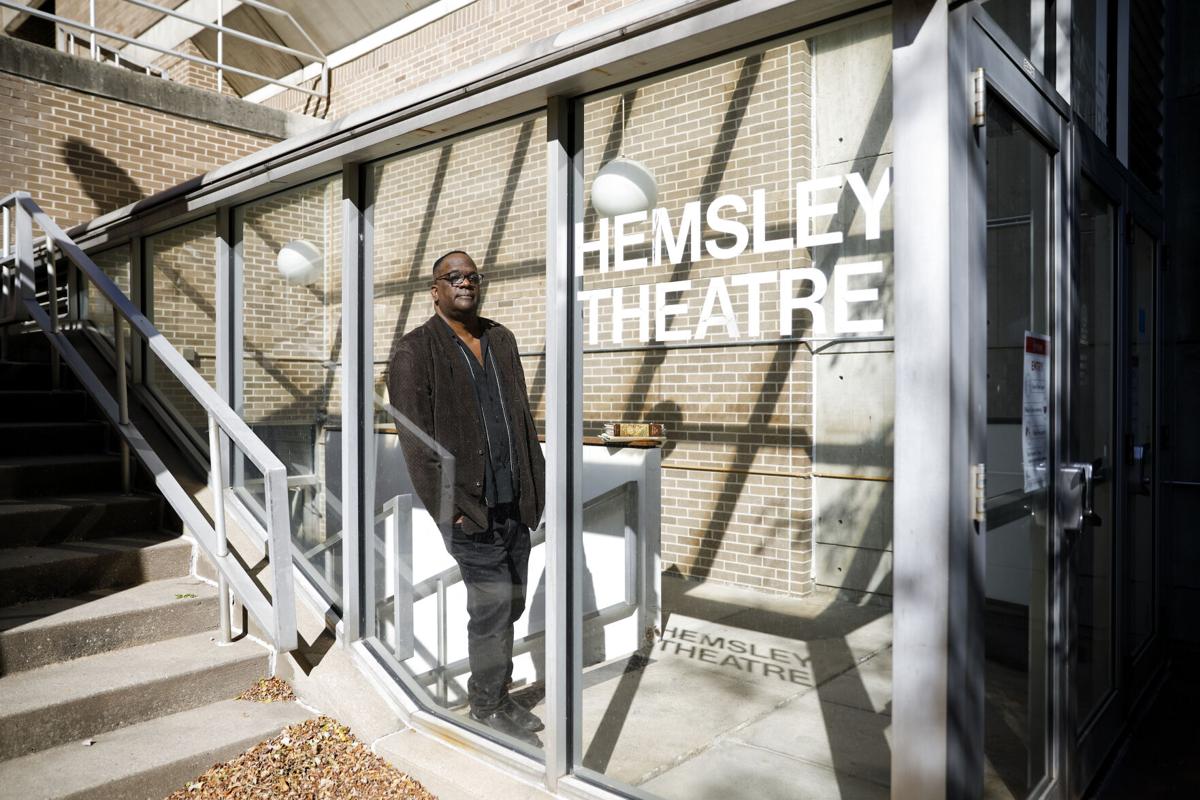 Dr. Baron Kelly is starting with a double appointment with the Odyssey Project and the Department of Theatre and Drama at the University of Wisconsin - Madison.