The narrator in Ayad Akhtar’s new novel, “Homeland Elegies,” is also named Ayad Akhtar. But he isn’t him.

He’s not not him, either.

“The book is a trompe l’oeil. We get a certain pleasure from art when it mirrors life.”

(Lindsay Christians will talk with Akhtar about the book for a Cap Times Idea Fest 2020 session that will be released at 2 p.m. on Sept. 27. Visit captimesideafest.com for information and updates as they become available.)

Set to be published by Little, Brown on Tuesday, Sept. 15, “Homeland Elegies” is Akhtar’s second novel. Structured like a series of essays, it opens with the 2016 presidential campaign of Donald Trump and the stubborn allegiance the narrator’s father, a doctor, has to the politician who was once his patient.

“My father supported Trump ... well past the point that any rational nonwhite American (let alone sometime immigrant!) could possibly have justified to himself or anyone else,” he writes.

[Filling the house: Forward Theater adapts to COVID-19 with 'Lifespan of a Fact']

From there, Akhtar knits together a fictionalized memoir set against the economic crisis and a post-9/11 America that’s increasingly hostile to Muslim Americans.

The resulting novel is rich with detail and drama, with pitch-perfect dialogue and inherent drama. Some have already speculated that it could win him a second Pulitzer.

In a recent phone conversation, Akhtar said he’d been stocking the kindling for this book for a lifetime.

“An igniting spark set loose this book,” he said, about “an artist coming of age, artistically and intellectually, and his moral comeuppance.”

Akhtar’s first novel, “American Dervish” (Little, Brown 2012), was set in suburban Milwaukee where Akhtar himself grew up, the son of Pakistani immigrants. In “Elegies,” the narrator is from “Elm Brook,” an amalgam of Elm Grove and Brookfield.

Akhtar may be best known as a playwright. His 2012 play, “Disgraced,” won the Pulitzer Prize for Drama. American Theatre listed him as the most produced playwright for the 2015-16 season. Though he has lived in New York for two decades, he’s on the board of trustees at Milwaukee Repertory Theater.

The Rep has produced all four of his plays including, in 2019, “Junk,” about the stock market in the 1980s. Two years ago the Rep announced that an adaptation of “American Dervish” would have its world premiere there.

Akhtar has maintained a strong connection to where he grew up. As he described how he leans into the discomfort and conflict in his dramatic work, he used a football analogy — because, of course, he’s a Green Bay Packers fan.

“Wisconsin is the best, clearest microcosm of everything happening in America,” Akhtar said. “I love Wisconsin. I grew up there. I love the people, I love the landscape, I love the fishing and the football team. It’s my home.”

As much of “Homeland Elegies” makes clear, the home we claim doesn’t always claim us back.

At a gas station in Wonewoc, the Ayad in the novel is threatened by an angry white guy with a gun on his hip. When his car dies outside Scranton, a mechanic with posters of still-standing Twin Towers and “Biden ’08” on the wall scams him out of $2,500. The narrator clocks the mood shift among jurors when a La Crosse attorney accusing his father of malpractice brings up his (irrelevant) Muslim background. Here was another outsider, going after one of their own.

Yet the Ayad of the book isn’t a victim. He’s not even all that pleasant — self-absorbed and self-congratulatory, seduced by money, kind of a jerk to women.

“To tell the story I wanted to tell, I couldn’t be manipulating my image for the purposes of reliability,” Akhtar said. “The narrator had to be able to move freely across likable and unlikable behaviors.”

That “Is he or isn’t he?” question when it comes to whether Akhtar’s main character is him was designed to open up difficult subjects, and include himself in criticisms of America's individualist, money-driven culture.

“I felt a serious book about the disorder that our republic has fallen into ... was inevitably going to feel like satire,” Akhtar said. “The only way to move against satire was to move toward memoir. I’m trying to find an artistic form that mirrors the collapse of the boundary between truth and fiction.”

With “Homeland Elegies,” Akhtar aimed to write “a philosophical novel with the addictive thrill of reality TV.” The first draft took him 11 months of frenzied writing, page-long sentences emerging at once.

“I’m interested in drama and contradiction,” Akhtar said. “That’s what makes a vivid story. That’s what brings a world alive. That’s what I’m always looking for.”

The novel structure makes space for Akhtar to reflect on how audiences responded to the Muslim Americans he has presented onstage. In “Disgraced,” a lawyer with Muslim origins notes a twinge of satisfaction, “an unexpected and unwelcome ... sense of pride” as he watched the Twin Towers come down. He identified with the outsider, the “other.”

In the book (as in life) this makes audiences squirm. The narrator’s critics, relatives and Muslim student groups take offense. This, they tell him, is precisely the wrong time to paint anything other than a positive picture (“you could only be for a Muslim or against her”).

“To a critic, they yearned for a Muslim character driven to valiant ends by unimpeachable motives, not the tortured, vindictive antihero on display center stage,” Akhtar writes. “The politics of representation were in ascendance, increasingly mistaken for the poetics of narrative craft.”

All of this tracks against his own career, Akhtar said.

“With this book it was clear I had to dramatize to some extent the dilemmas I have with the Muslim response to the work,” he said. “It has ramifications in my family, which plays out through the book. Characters have very different opinions about what it is I’m up to, and why I’m doing it.

“I wanted that to have a free space where there’s no clear conclusion. The narrator tries to defend himself in some circumstances, and in others says, ‘they’re right!’”

Through the novel, there’s a sense of both love for and alienation from the United States where Akhtar was born and grew up, a country increasingly driven by consumerism and individualism at the cost of health, community and relationships. There among the dead is the American Dream.

“It is a series of elegies,” Akhtar said, “which isn’t to say there isn’t a possibility for rebirth on the other side. But something is dying in this country and people are responding to that. To fail understand that the polarization that has overtaken our country is a response to something real is to miss the point.”

Filling the house: Forward Theater adapts to COVID-19 with 'Lifespan of a Fact'

For Forward Theater's "The Lifespan of a Fact," actors set up mini-film studios in their homes, including iPhones, tablets, special lighting and more.

Gordon, who lived part-time for years in Madison and now in Milwaukee, delves into the world of reality shows and revenge in her new novel "Payback."

Movie review: New 'David Copperfield' will charm the Dickens out of you

“The Personal History of David Copperfield” can move too fast for its own good at times, especially for those unfamiliar with the source material. But it’s a wild, warm ride through the Dickensverse that will leave audiences dazed and happy.

'Lifespan of a Fact' debates the details on a virtual stage

Bill Berry: It's time we take a lesson from Hugh Hammond Bennett 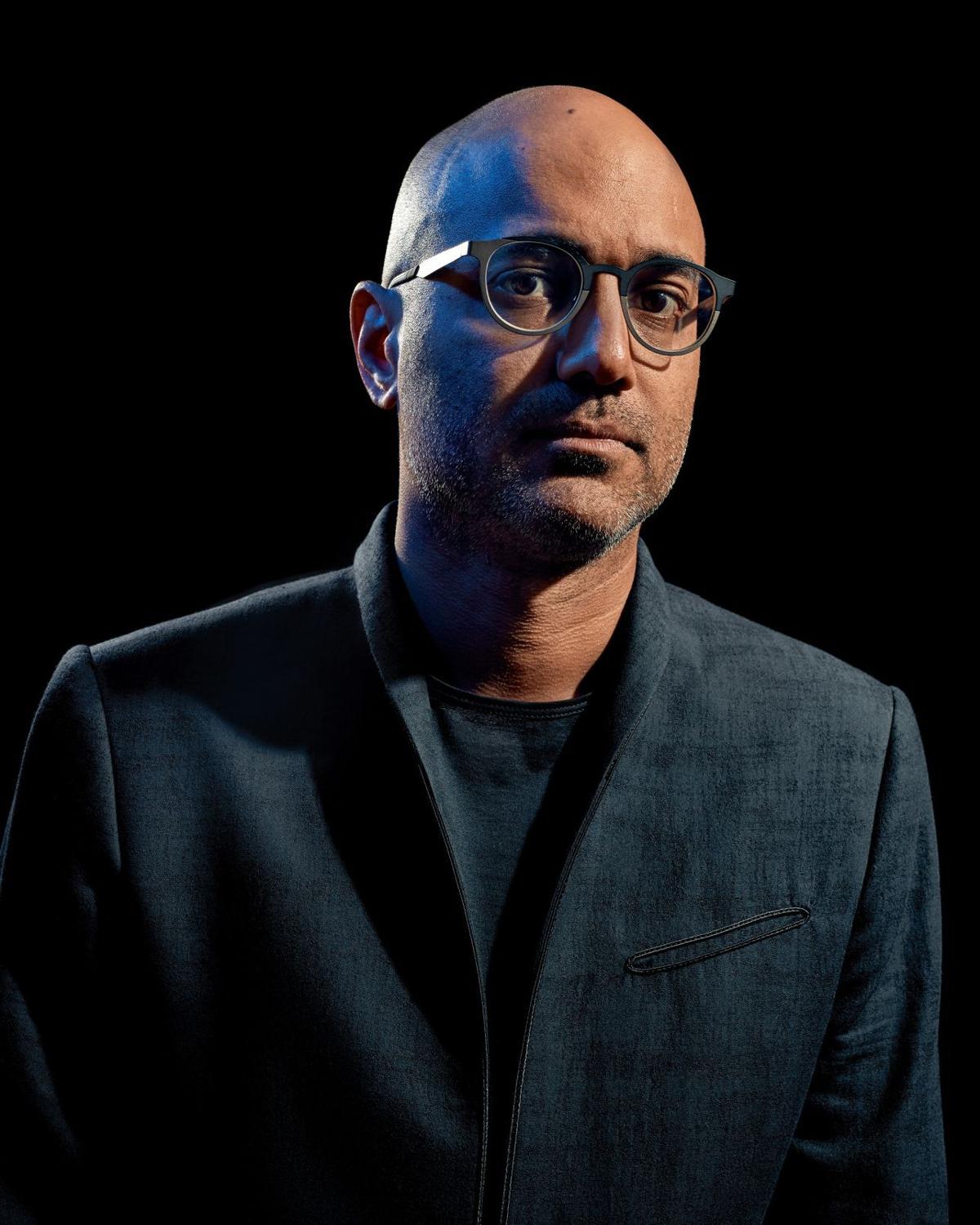 Ayad Akhtar's second novel, "Homeland Elegies," was set to be published by Little, Brown on Sept. 15. 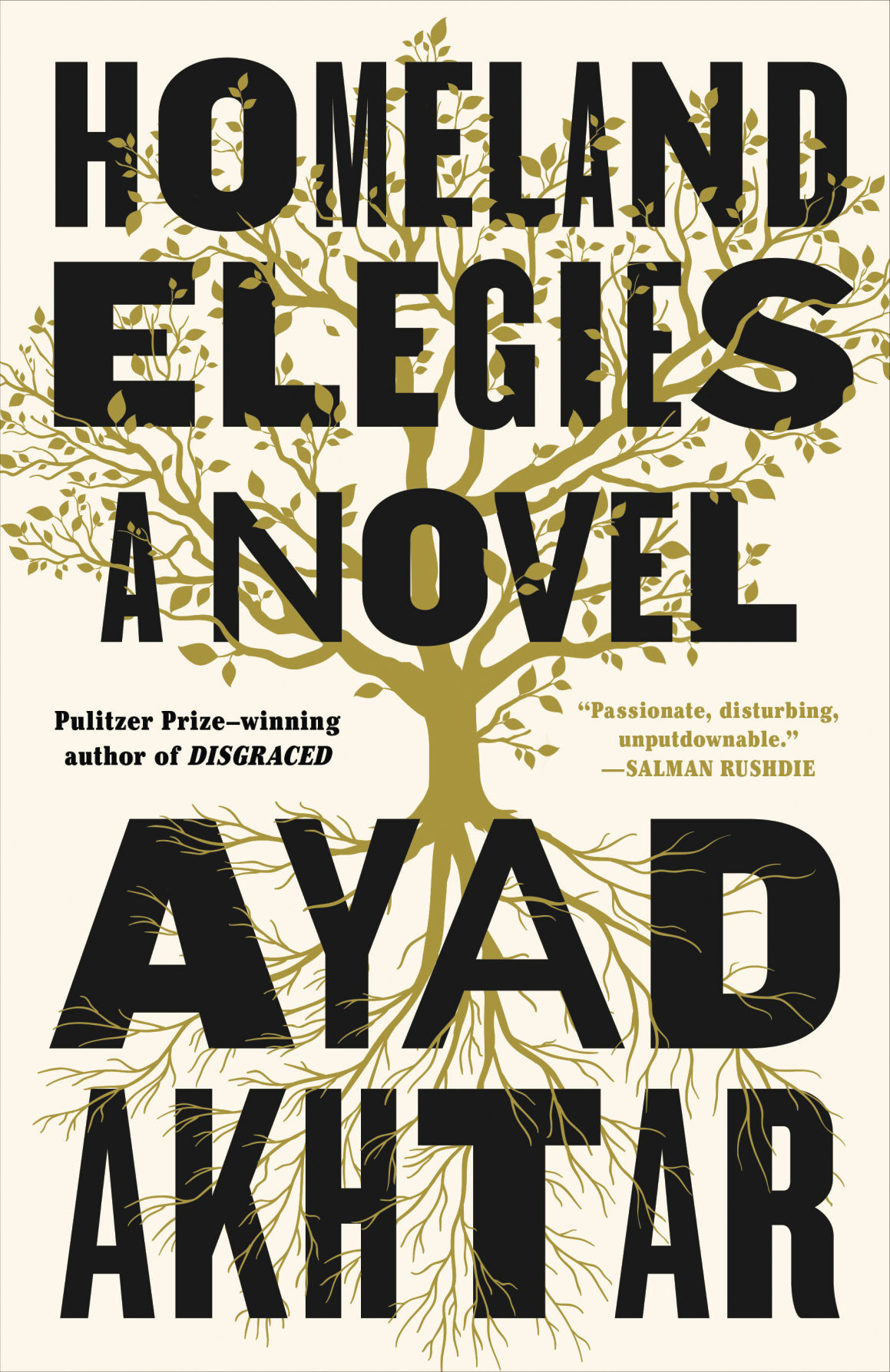 The narrator of "Homeland Elegies" shares a name and background with its author, Ayad Akhtar.