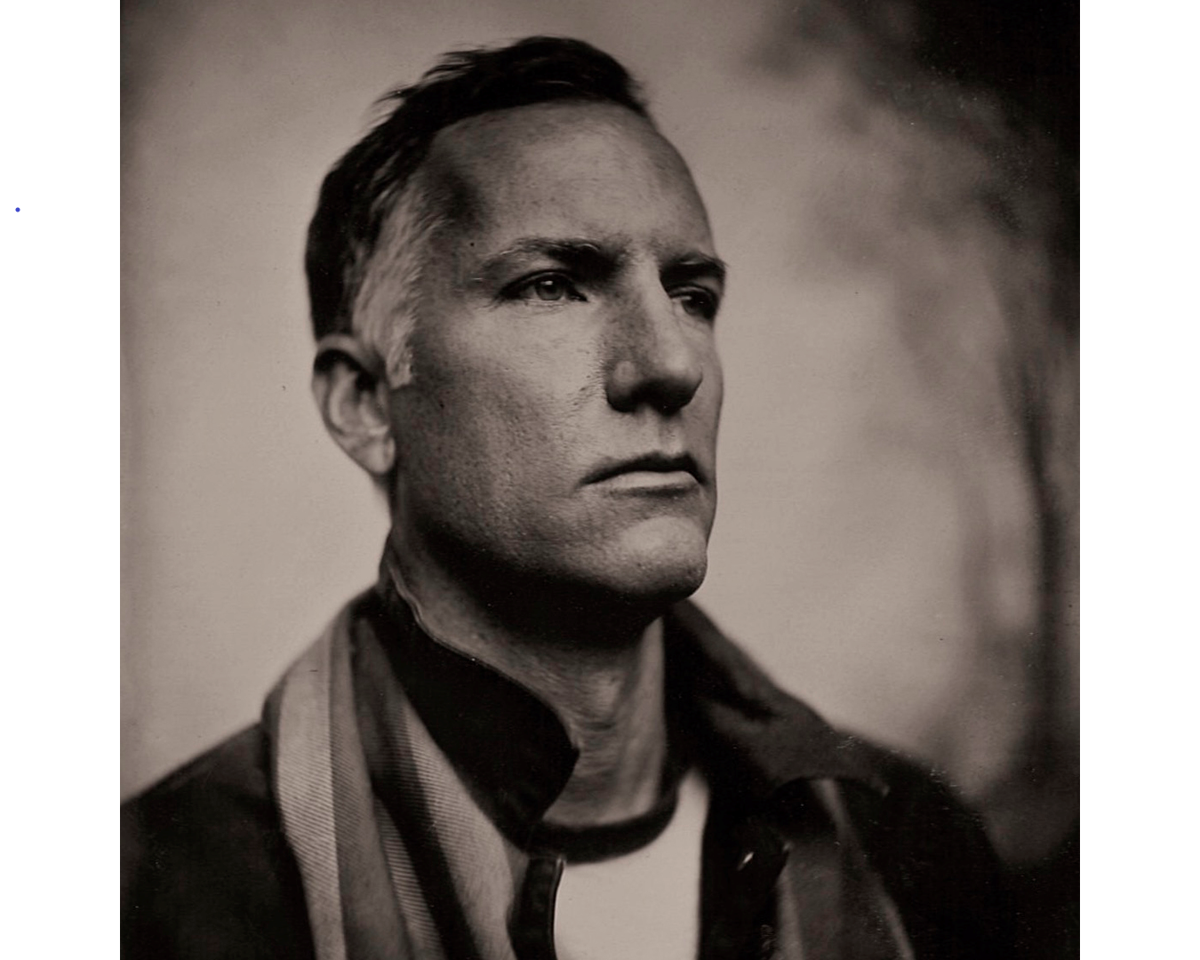 Chris Richards had the promotional photos for his new album "Wisconsin River" taken at H.H. Bennett Studio in Wisconsin Dells, a historical site. 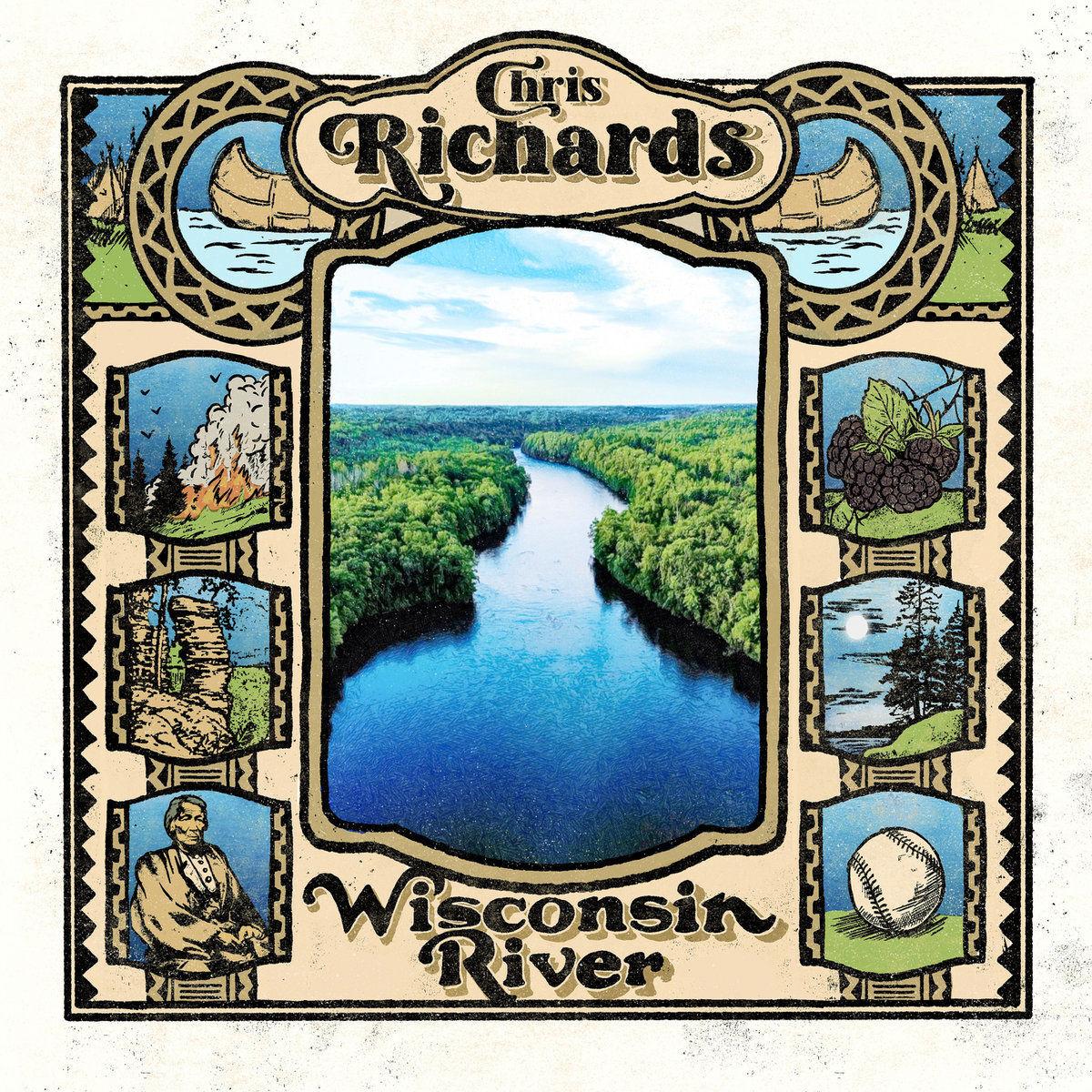 For the last 25 years, the Sheboygan-born singer-songwriter had split his time between Los Angeles and Nashville as a working musician, releasing several albums. He was working at the Country Music Hall of Fame when a tornado hit Music City, destroying homes just five blocks away from his house.

A couple of weeks later, COVID-19 wreaked its own form of devastation. Richards was furloughed from the Hall of Fame, and decided to move home for the first time in a quarter-century. Living with his parents, he worked on remodeling their house. And he drove around Wisconsin, reconnecting with the state, its people and its stories.

“I just started taking these trips around Wisconsin and just sort of pulling these things together that were sitting in the back of my head, kind of grouping them together,” Richards said. “I was like, this could be a record. I want to concentrate on these stories that I sort of collected over the years.”

His new record, “Wisconsin River,” was released last week and is available for purchase on Bandcamp. The songs flow from the past to the present, full of characters and tales pulled from the nooks and crannies of the state’s history. There are songs about the Great Peshtigo Fire and the Civil War Battle of Missionary Ridge, about Ho-Chunk Nation Chief Yellow Thunder, and about a young player who pitched against past-his-prime baseball great Satchel Paige in Sparta in 1959. (The pitcher was Richards’ dad.)

For all the historical figures who didn’t make it into songs of their own, Richards invented a fictional character called “Walleye Fingers,” sort of the Forrest Gump of northern Wisconsin, who in his song claims to have “carved a Log for his friend Les Paul/And he did a little sketching for Frank Lloyd Wright.” (Might not want to double-check the history books on that one.)

“There's just a lot of unique, interesting things about this state,” Richards said. “This was just sort of my little way of uncovering some of them and trying to reflect them back to people and let more people know about them. Hopefully they find them as interesting as I do.”

In his explorations of Wisconsin history, Richards struck up an email friendship with University of Wisconsin-Madison professor and folklorist James Leary, who shared many recordings and films with Richards while he was working on the project.

“It’s been really fun to connect with Jim,” Richards said. “He’s done a really good job capturing this stuff and bringing into the forefront, and telling people, ‘Hey, this is our history. This is what makes us different from every other place.’"

It was Leary who turned Richards on to the recordings made by UW musicologist Helene Stratman-Thomas, who travelled the state in the 1940s collecting folk songs from residents, similar to what Alan Lomax did in the Appalachian South. One of those songs, “Fond du Lac Jail,” Richards recorded for “Wisconsin River.”

“In the South they found Muddy Waters and they found Robert Johnson and they would record all these people,” Richards said. “And that really is kind of how people know about the blues. But what I didn't realize was that somebody was doing that in northern Wisconsin.”

“Black Summer” is probably the most personal of the songs on “Wisconsin River,” with Richards recounting the events of 2020 as he saw them unfold. “I hope we can make it with our souls intact/Black summer, don’t ever come back” he sings in the song.

“I remember driving back the first couple of weeks of April from Nashville to Wisconsin, and there was just no one on the freeways,” he said. “It was very eerie. I really wanted to capture that period of time.”

After writing the songs during the summer of 2020, Richard went back to Nashville to record the songs, opting for warm, spare arrangements on guitar and fiddle. He’s back in Sheboygan now for the self-release of the album, which includes a new website that delves into the stories behind each of the songs.

He’s planning to do some sort of virtual event to celebrate the album, but isn’t planning any live shows with circumstances still so uncertain. His hope is that the songs spark an interest in listeners to learn more about Wisconsin history, and maybe lead to road trips to Peshtigo, Sparta or elsewhere to see and hear for themselves.

“It isn’t really so much about me, it’s about these characters and stories,” Richards said. “And it’s just been a real pleasure to put them together.”

Madison libraries to reopen for in-person services May 24

Fresh out of the Fashion Institute of Design & Merchandising, Madison Memorial grad Robin Giles is in a fashion showcase for the new HBO show “Generation.”

Joel Hodgson has the Green Bay Packers in mind as he prepares "Mystery Science Theater 3000" for its next evolution with a new Kickstarter campaign, #MakeMoreMST3K.

For the 18-screen movie theater on McKee Road in Fitchburg, it’s a case of “meet the new boss, same as the old boss.”

'Limbo' is a poignant, quirky tale of refugees stuck in the middle

'The Truffle Hunters' digs up some warm feelings

Michael Dweck and Gregory Kershaw’s documentary is a tonic, especially if you love (in no particular order) good dogs, old Italian men and beautiful forests in autumn. And, of course, truffles.

While “Street Gang” includes a few clips from "Sesame Street," filmmaker Marilyn Agrelo’s intent is to focus on the people behind the blue fur and felt eyebrows.

"The one thing that I want is that people who read my books will feel just a little better about being human," author Ann Garvin says. "Because being a human is a mess. And the more that we recognize that it’s a mess, the more we can feel better about our own messes."

Chris Richards had the promotional photos for his new album "Wisconsin River" taken at H.H. Bennett Studio in Wisconsin Dells, a historical site.