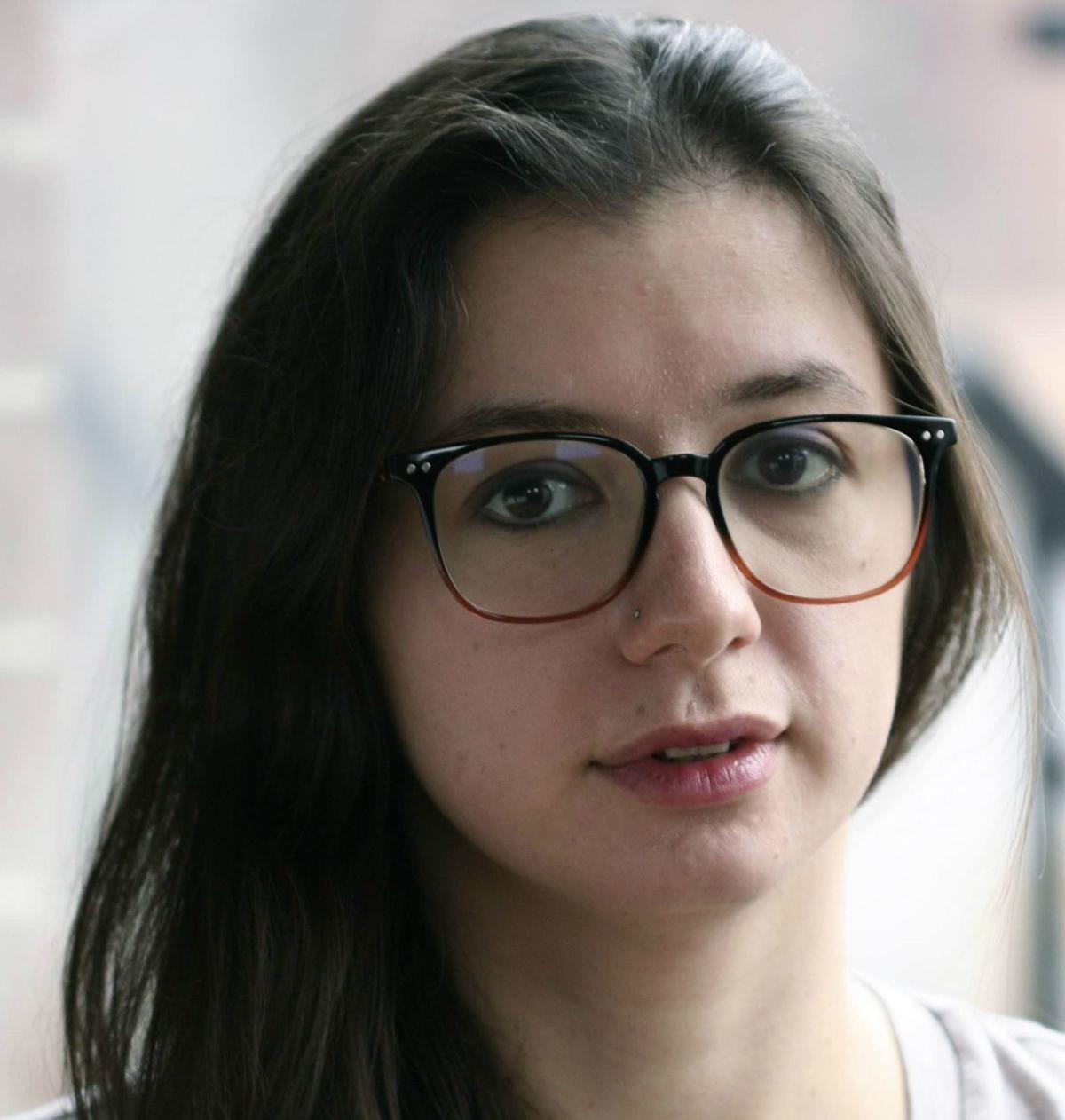 Milwaukee author Zhanna Slor drew from her own identity as a Russian Jewish immigrant for her literary mystery "At the End of the World, Turn Left." 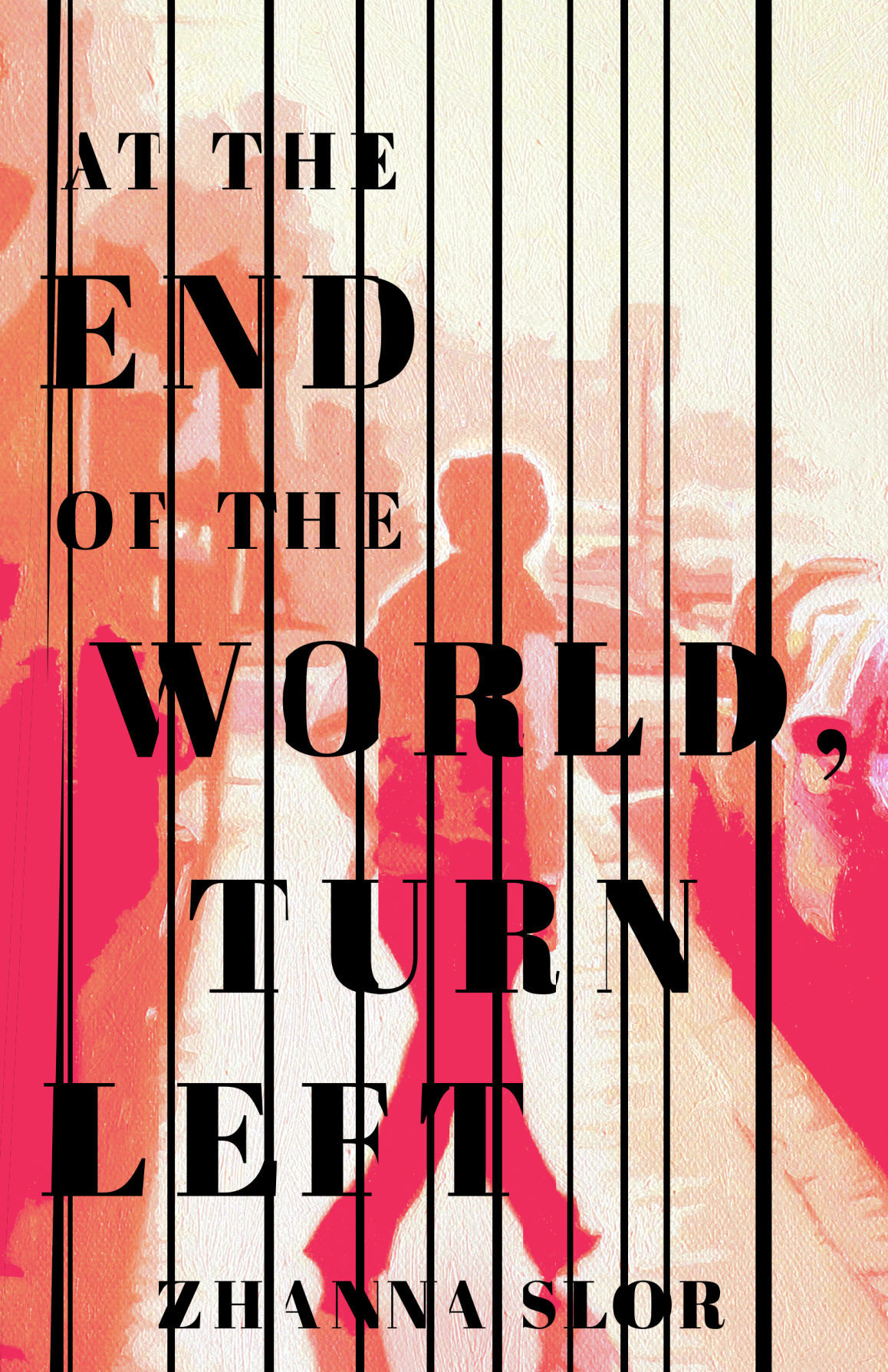 Zhanna Slor's debut novel "At the End of the World, Turn Left" is set in Milwaukee's Riverwest neighborhood in 2008.

When Milwaukee author Zhanna Slor was in college studying art, she got a job engraving portraits of people onto their tombstones. What she remembers the most was how much it hurt.

“It was really hard on your wrist,” she said. “You were holding a moving drill for eight hours.”

The job might have been good practice for becoming a novelist, and the act of creating art at a snail’s pace, word by word, over a long period of time. And it may be especially good practice for Slor’s new novel “At the End of the World, Turn Left,” in which the secrets of a Russian Jewish immigrant family’s buried past are slowly revealed. (Slor said her second book will be a supernatural tale that will involve a character who engraves headstones.)

Slor will talk about the book at 6 p.m. Friday with Chicago author Michele Morano in a virtual event through A Room of One’s Own.

“At the End of the World, Turn Left” is a literary mystery set in Milwaukee’s eclectic Riverwest neighborhood. The year is 2008, and the neighborhood is a patchwork of punk rock clubs, coffee houses and cheap apartments.

Masha has returned to Milwaukee after five years in Israel to search for her younger sister, Anna, who has gone missing. The sisters are estranged — while Masha is old enough to remember her family fleeing the USSR in 1991, Anna was just an infant.

In her investigation, Masha discovers that Anna was contacted by a Ukrainian woman who claims to be her half-sister, the product of an affair between their taciturn father and one of his employees. Masha’s father warns her not to talk with the woman, but Masha’s search for her sister ends up excavating secrets about her father and the family’s history.

While the plot is fictional, Slor was also born in the former Soviet Union and came to the United States at about the same time.

“I think it's an interesting subsection of immigrants, this like, community of children who came when the Soviet Union was collapsing,” Slor said. “Russians who went to Brighton Beach, they just basically lived in the same community as they had left. It's just like all Russian people, and they have all their Russian bakeries and all the Russian food and it's almost like little Russia. But we came to Wisconsin, and the community here, there is some Russian people, but it's much, much smaller.”

Slor said she had been thinking about immigration and identity for a while, and how the expectations of immigrant parents weigh on their children.

For Anna, whose grandparents were Eastern European Jews who survived the Holocaust, “every step I take I am dragging a thousand ghosts behind me.”

“They all abandoned their own lives and their culture to bring you to America and you just feel like really indebted,” Slor said. “At the same time, you’re like, ‘I’m never going to be able to live up to that. We just don’t have the same life. I’m not running from the Nazis like my grandpa.’”

The journey to bring the novel to life was a long one — in fact, it wasn’t even a novel when it began. Slor originally intended to write a collection of nonfiction essays about her life and family when she began work on the book in 2014. (“That didn’t work, because my life is not that exciting.”)

She later turned it into fiction, with Anna becoming the main character. Her publisher, Agora Books, specializes in crime fiction, and suggested that she add a mystery into the plot. Slor ended up adding Masha’s investigation in alternating chapters to Anna’s story, and while she was nervous at first about writing crime fiction, she ended up enjoying it and is very happy with the outcome.

“People sitting in coffee shops talking, I'm really good at that,” she said. “But people don't want to read an entire book of that. So it was surprising to find that I could actually figure out how to write a mystery. It’s actually much harder than a literary book, because you need to have your clues in there, and you have to have like every step planned out so that everything makes sense and your timelines organized. It's actually pretty complicated.

“I was just so stressed out when I wrote the crime scenes,” Slor said. “But as soon as I did, everything just clicked with the book. It just felt like it was finally in a good place.”

Alissa Santurri, ‘The Asian Woodworker,’ puts her spin on the trade

Riz Ahmed, nominated for an Oscar for "Sound of Metal," again plays a musician who faces a life-changing medical condition in "Mogul Mowgli."

I had forgotten how it feels when you’re so close to the stage that the drums start pounding inside your chest, commandeering your heartbeat. And you know that it’s beating in the chests of all the strangers around you.

There’s a deep love of Milwaukee that shines through in “The Heartland,” which premiered at the Milwaukee Film Festival, but it’s a love that feels unrequited.

Fresh out of the Fashion Institute of Design & Merchandising, Madison Memorial grad Robin Giles is in a fashion showcase for the new HBO show “Generation.”

Joel Hodgson has the Green Bay Packers in mind as he prepares "Mystery Science Theater 3000" for its next evolution with a new Kickstarter campaign, #MakeMoreMST3K.

Milwaukee author Zhanna Slor drew from her own identity as a Russian Jewish immigrant for her literary mystery "At the End of the World, Turn Left."

Zhanna Slor's debut novel "At the End of the World, Turn Left" is set in Milwaukee's Riverwest neighborhood in 2008.