Plans for a new state office complex at Hill Farms show a nine-story building and a seven-level parking ramp on the west side of the property.

They also show a new intersection on University Avenue for access to what is expected to be a blend of housing, offices and commercial development.

The drawings, labeled as from late October and done by the Madison office of national architecture firm SmithGroupJJR, offer a look into what the state and developer Smith Gilbane have planned for the first part of the redevelopment of the Hill Farms area on Madison's west side.

The designs show a seven-level parking ramp on the southwest corner of the 20.75-acre property, just over seven acres of which is being used on the proposal. The unused portion and the site of the current Hill Farms buildings — a total of about 13.87 acres — are being sold as development property to Smith Gilbane for $12.1 million.

A new nine-story state office building is located to the north of the parking ramp, along University Avenue. Plans show it as one foot shorter than the existing office building.

A SmithGroupJJR employee referred questions on the design to the state Department of Administration, which didn't respond to messages. Smith Gilbane also didn't return a call for comment.

The 600,000-square-foot office building is scheduled to house seven state agencies, primarily the Department of Transportation. The Badger Road State Office Building at Park Street near the Beltline also is being vacated and sold to Smith Gilbane for $1 million as part of the moving of offices.

The new Hill Farms building was labeled a more efficient use of space by state agencies in a Legislative Fiscal Bureau analysis from October. And the sale of the undeveloped property fit into Gov. Scott Walker's push to sell excess state land.

Smith Gilbane and the state avoided having to apply for a conditional use by not designing the new building taller than the existing structure, Tucker said.

The redevelopment of the other 13.87 acres, for what Smith Gilbane has described to the city as a live-work-play area, has to go through the full city approval process. Tucker said Smith Gilbane has held a preliminary discussion with the city about getting the process started for developing the property but hasn't submitted any plans.

"They want to make sure they do what the city wants to see there," Tucker said. "They want to start talking to the stakeholders such as the neighborhood and the alder and the surrounding properties."

The preliminary design for the layout of the site shows a signaled intersection created at University Avenue and a new street about 450 feet west of Segoe Road. Another access point is shown off of eastbound Old Middleton Road before it connects to University Avenue, and the road to the parking ramp is off of Sheboygan Avenue.

"They were really concerned about trying to get good access to University and to Old Middleton to do as much as possible to keep traffic out of the neighborhood and keep it on the arterials," Madison assistant traffic engineer Scott Langer said.

Smith Gilbane hasn't indicated to the city when the new intersection would need to be in place, Langer said, but the Department of Administration has said the new building is expected to open in early 2018.

Todd D. Milewski has worked for The Capital Times since 2003, covering sports and data in addition to working with video and multimedia projects.

Charles A. Kupchan: Wisconsin can help reclaim the America we love 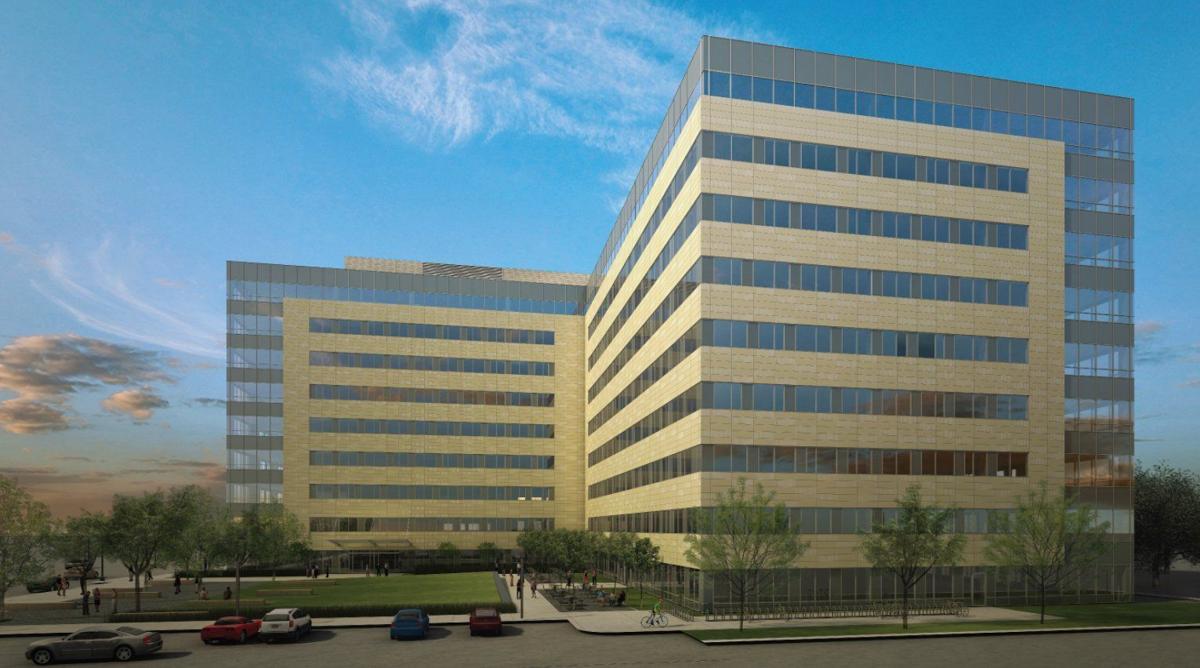 The new state office building at Hill Farms is designed one foot shorter than the existing structure it will replace. 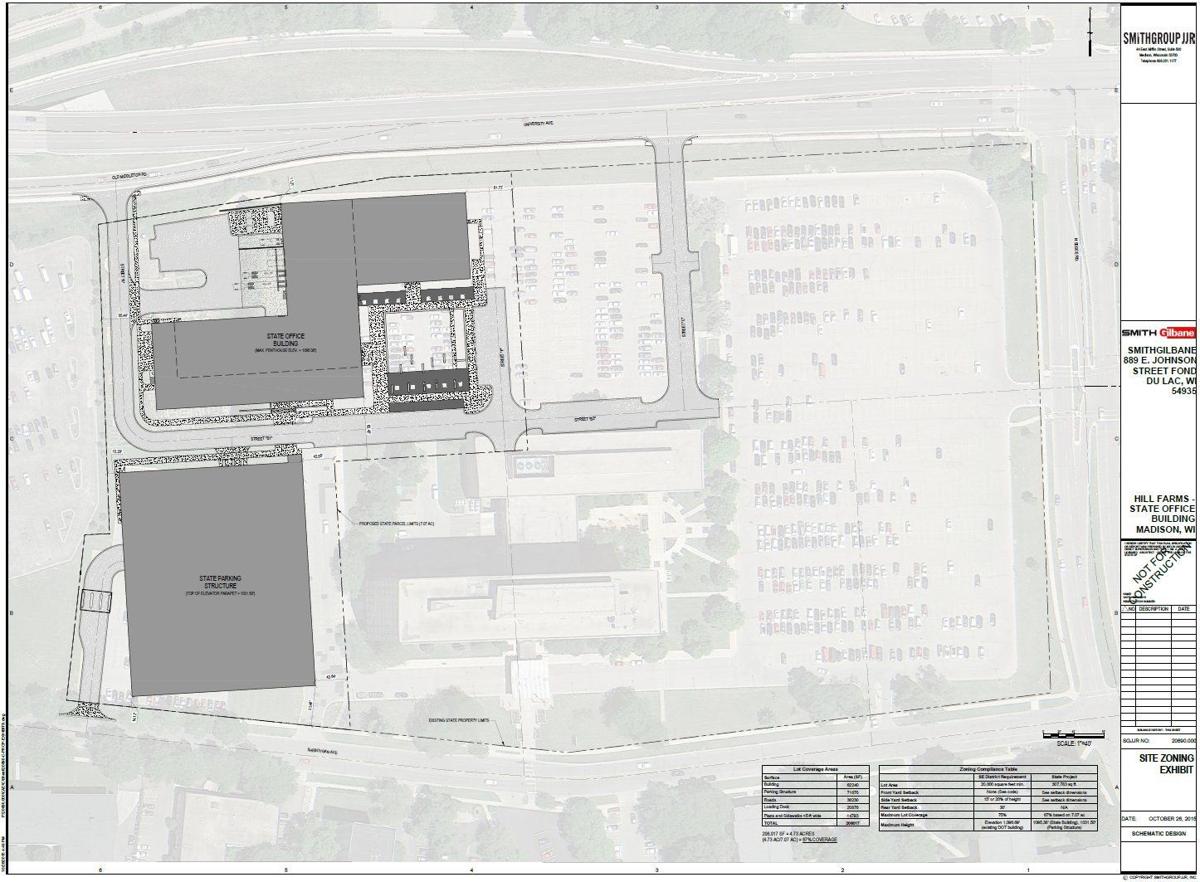 A schematic design of the new state office building and parking structure at Hill Farms.