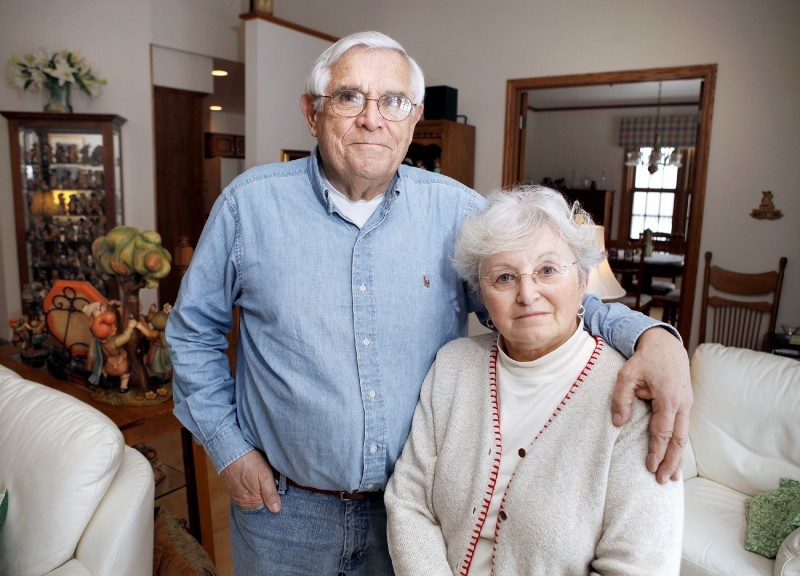 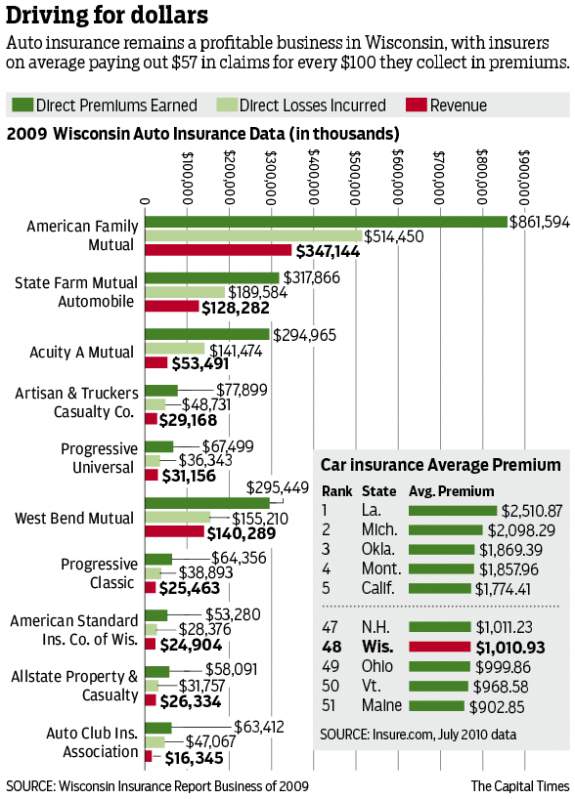 Rudy and Mary Girardi of Waunakee were driving along the highway on the Iowa side of the Mississippi River when the unthinkable happened.

A truck coming in the other direction veered across the yellow center line and smashed into the Girardi vehicle head-on at 50 mph.

“I still remember the sound of that windshield breaking, the air bags going off and my chest slamming into the steering wheel,” says Rudy Girardi, 72.

While the other driver was not seriously hurt, the crash left both of the Girardis with severe injuries, including broken bones requiring multiple surgeries. Rudy spent two months in a rehabilitation center. Mary was there for three.

Four years later, the couple is still feeling the effects of the crash, which also resulted in hundreds of thousands of dollars worth of medical bills and expenses. “We’re limping around but at least we can walk again,” says Mary Girardi.

The driver of the truck carried $300,000 in liability insurance and that amount was tendered to the Girardis. The Girardis had also purchased $300,000 in underinsured motorist coverage from West Bend Mutual Insurance and assumed they would collect on that policy, too.

So imagine the outrage when they were denied any additional payment because of a “reducing clause” in their policy. Contained in the fine print, a reducing clause says coverage for uninsured/underinsured motorists is not paid out on top of other liability coverage.

In the Girardis’ case, the couple had reached their $300,000 policy limit even though the payment came from the other driver’s insurer and didn’t come close to covering all of their actual damages.

Based on those kinds of stories, the Legislature eventually passed and Gov. Jim Doyle signed the “Truth in Auto Insurance” bill designed to curb abuses and protect consumers.

The law required all Wisconsin vehicle owners to purchase auto insurance and carry proof in their cars, bringing the state in line with every other state except New Hampshire.

The reforms, Doyle said at the time, “balance the need to maintain affordability while addressing some of the concerns regarding the insufficiency of the current liability minimum.”

But a proposal to repeal most of the 2009 changes appears headed for approval by the Wisconsin Legislature and a signing by Gov. Scott Walker. The repeal dovetails with the tort reform measures passed last month that make it more difficult to pursue damages in other legal cases.

Sponsored by Rep. John Nygren, R-Marinette, the auto insurance bill rolls back the higher coverage limits passed in 2009 — although not the requirement that all vehicles carry auto insurance.

The Nygren bill would again allow reducing clauses and reinstate a ban on the stacking of policies. It also would make underinsured motorist coverage optional.

Supporters of the repeal argue that cash-strapped consumers and small businesses have been forced into buying more coverage than they want or need to appease trial attorneys who hope to collect large awards in the event of an injury accident.

The bill was blocked by Democrats last week on a procedural matter but Nygren is optimistic it will be passed during the regular Assembly session later this month. The Senate approved the bill Tuesday.

“It is very clear, just like it was during the last session, that Democrats continue to believe that they can make better decisions than the families of Wisconsin,” says Nygren.

“We aren’t just conducting business in Madison with a fresh new approach that is focused on righting our state’s financial ship as quickly as possible,” he says. “We are also working around the clock to undo the short-sighted and burdensome policies that were enacted last session.”

But the president of the Wisconsin Association for Justice, a trial lawyers group, says Republicans who control both houses of the Legislature are doing consumers a disservice.

“Nobody is asking for this, not even the insurance companies,” says Milwaukee attorney Mike End. “This is all just a grudge match about trying to undo everything from the last administration.”

During debate in 2009 over the Doyle measure, opponents had claimed it would drive insurance premiums higher by forcing consumers to purchase more coverage. Former Assembly Speaker Mike Huebsch — who now serves as secretary of the Department of Administration — warned “the new mandates will increase premiums by at least 33 percent.”

But a report from the consumers group Citizen Action shows that Wisconsin auto insurance rates have remained relatively flat a year into the changes.

Moreover, the report found that Wisconsin auto insurance profits remain among the highest in the country. The “loss ratio” for the auto insurers here was 57 percent in 2009, meaning that insurers paid out that percent of premiums in claims. By comparison, the loss ratio for health insurers in Wisconsin runs about 85 percent.

“The premise is that profit margins are so tight that the only way to pay for improved standards is increased rates,” says Robert Kraig, executive director of Citizen Action. “This report finds, to the contrary, that auto insurance is an extremely lucrative business in Wisconsin that generates hundreds of millions of dollars in profits.”

The president of the Wisconsin Insurance Alliance, however, calls the Citizen Action report “a sham study” based on a flawed analysis of state data. WIA President Andy Franken says the report fails to note the difference between rates and premiums, arguing that consumers are indeed facing higher auto insurance costs since they are now required to carry additional coverages.

“The bottom line is that lower- and middle-income people in Wisconsin who are used to purchasing the minimum amount of coverage are being required to buy more,” says Franken.

Franken was unable to produce any data on whether costs have risen, saying it’s still too soon to assess the impact of the changes. “It’s only been a year so we haven’t had enough time for all these costs to be factored in,” he says.

Figures compiled by Insure.com, a insurance rate website, however, show Wisconsin with the fourth lowest auto premiums in the nation based on July 2010 numbers.

Still Franken says the mandated coverage amounts have put Wisconsin out of step with the rest of the country. The states are split roughly 50/50 on whether they allow reducing clauses or prohibit stacking.

“The best thing you can do to make sure everybody is covered is to make car insurance affordable so everybody will buy it,” says Franken.

Ironically, Wisconsin enjoyed a higher percentage of insured drivers compared to Michigan and Illinois even before auto insurance was made mandatory here 18 months ago. About 14 percent of Wisconsin drivers are not covered by auto insurance, according to the latest figures, right in line with the national average.

And premiums here have remained comparatively low, says Jim Guidry of the Wisconsin Office of the Commissioner of Insurance, because of the large number of insurers doing business here.

“There are over 200 insurance companies writing auto policies in the state,” says Guidry. “That is one of the primary reasons for keeping rates low.”

The insurance commissioners office did report an increase in complaint calls in 2010 specifically related to auto insurance premiums. There were 103 consumer complaints in the state last year, compared to 61 in 2009 and 56 in 2008.

But Guidry says it’s hard to say whether the increase in complaints was due to the 2009 changes.

Either way, Nygren’s bill will likely be law in the near future. “I don’t think we’re going to be able to do much to stop it,” says attorney End.

Rudy Girardi says he’s still feeling some aches and pains from his crash four years ago and says it’s a shame the state appears ready to roll back the reforms.

“You pay your premiums for all those years,” he says, “and then when something like this happens and your insurance company doesn’t have to pay, it’s just not right.”

Groups spent nearly $1.5 million lobbying for and against legislation that rolled back “Truth in Auto” law.

Craig Mastantuono and Jeff Mandell: Barrett does not value survivors of abuse