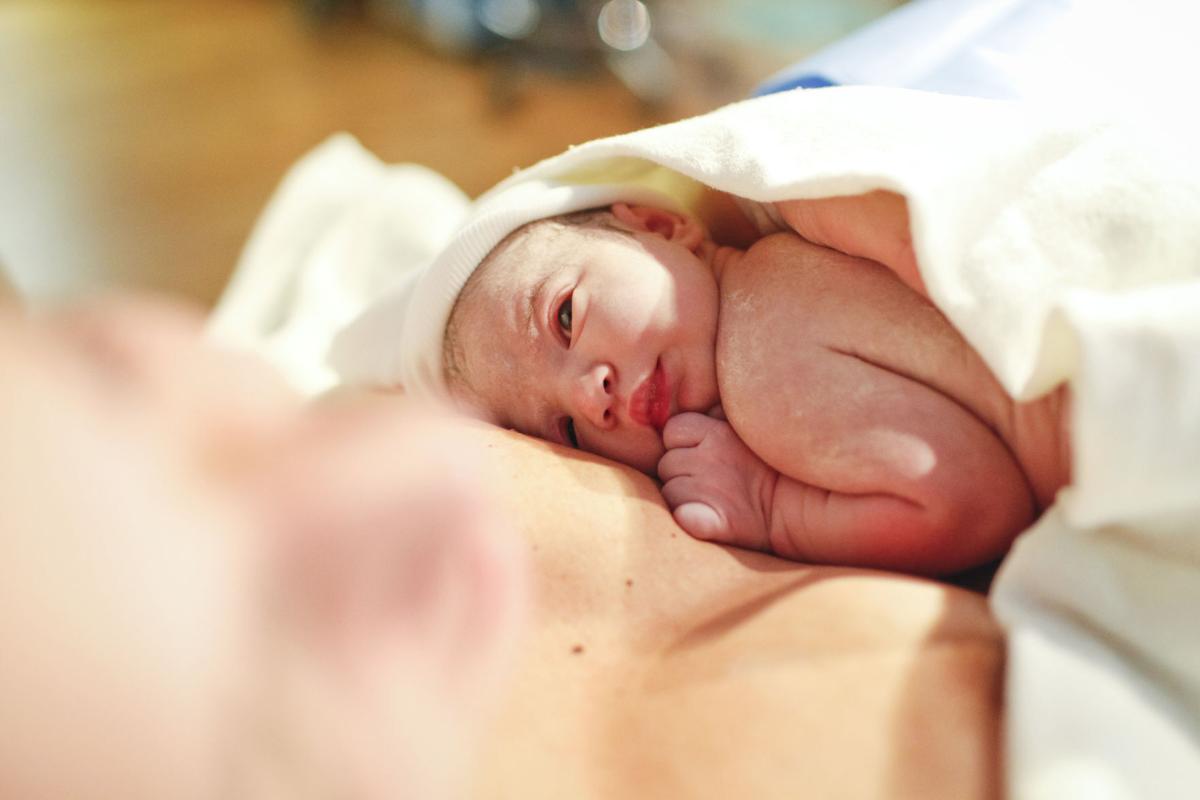 In a file photo, a mother holds her newborn baby during a midwife-attended birth. 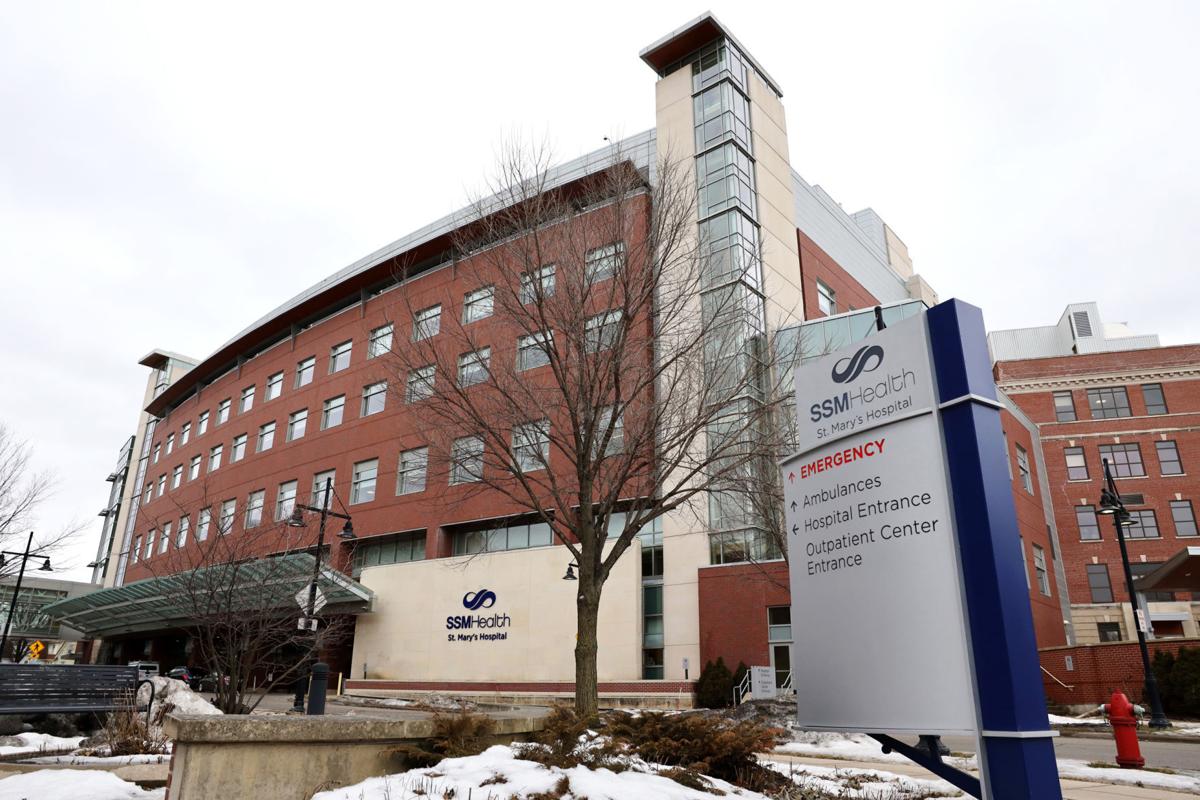 The campus of SSM Health-St. Mary's Hospital is seen in Madison on March 5. Last Thursday, SSM Health told the four nurse-midwives on its midwifery team that it would end the program at the end of the year. Following feedback from concerned patients and community members, the company announced Tuesday that it would continue the program until it had a sustainable replacement.

Update: This story was updated on Thursday, Oct. 7, after SSM Health released a new statement fully reversing its prior decision to end the program.

SSM Health has fully reversed a controversial decision to close its midwifery program, the company announced in an emailed statement Thursday. The move follows backlash from patients, midwives and other community members.

“After hearing the feedback from our community and through further discussion with our midwifery team, SSM Health has decided to continue our program,” the statement said. “To be clear, SSM Health’s Midwifery Program will not be ending as previously planned.”

The Thursday statement said SSM Health would work with the current midwives and community partners to “find a long-term, sustainable solution” that would allow SSM Health patients to continue to receive care from midwives and deliver their babies at St. Mary’s Hospital.

Still, patients have questions. “I am happy to hear that SSM Health is listening and responding to our concerns,” said Claire Baker, who was scheduled to deliver her first baby with the SSM midwives in January. She called the health system's continued references to the program’s sustainability “vaguely threatening and uncertain.”

“I would love to see more specific and concrete information about what makes this program unsustainable to them in its current state and what would need to change in order to secure its longevity going forward,” Baker said.

The latest announcement comes a week after SSM Health nurse-midwives were called into a meeting and told they would lose their jobs at the end of the year. They did not know that the company was considering closing their program until that Thursday meeting.

Connie Lambeth, a doula and student midwife who runs a birthing services company called Pax & Lux, said the health system should allow its midwives to be part of deciding what comes next.

“SSM Midwives should be the ones to say what they need to have a sustainable practice since they have been on the ground catching babies through a global pandemic under a healthcare corporation that clearly does not value reproductive healthcare options,” Lambeth said in an email.

When SSM Health originally announced the program’s closure, it said patients insured through Dean Health Plan would be able to switch to in-network community-based certified nurse-midwives. But midwives and patients said they were not aware of any other certified nurse-midwives who belong to the network. That left patients with due dates after Dec. 31, 2021, scrambling for alternatives.

Some told the Cap Times they wanted to change insurance providers in order to access other midwife services, such as the UW Health midwifery program based at UnityPoint Health-Meriter Hospital. But some are locked into their insurance plans until after their due dates, when their open enrollment period arrives.

Earlier this week, SSM Health walked back part of its original announcement, saying Tuesday that the company would keep the current program in place until it established a “a new, sustainable model is in place.” The company reiterated that the current model — in which the health system employs four certified nurse-midwives who see patients at SSM Health clinics and deliver around 20 babies each month at St. Mary’s Hospital — is not sustainable, but it said it was committed to offering midwife services.

“We are in the process of exploring all options for a midwifery model that will continue to allow for in-hospital births at St. Mary’s Hospital,” the company said Tuesday. It planned to talk with community-based midwives and said it would share more information as it designs its new model.

Jessica Vaughan, one of the four SSM midwives, shared a statement Wednesday from her team. “We are happy that the SSM Health administration is listening to the outcry from their true stakeholders, who are the patients and the community, and that they're realizing that they underestimated the value of comprehensive and individualized midwifery care within a complex medical system,” the statement began.

Vaughan, who’s fielded questions from concerned patients since the announcement last week, called the Tuesday announcement a “non-answer” that left patients unsure of what the replacement would look like or when it would take effect.

“It's trying to reassure patients without giving them any concrete information,” Vaughan said.

“The city of Madison has a duty to promote healthy and safe practices for its employees and its communities,” the resolution states.

In a file photo, a mother holds her newborn baby during a midwife-attended birth.

The campus of SSM Health-St. Mary's Hospital is seen in Madison on March 5. Last Thursday, SSM Health told the four nurse-midwives on its midwifery team that it would end the program at the end of the year. Following feedback from concerned patients and community members, the company announced Tuesday that it would continue the program until it had a sustainable replacement.