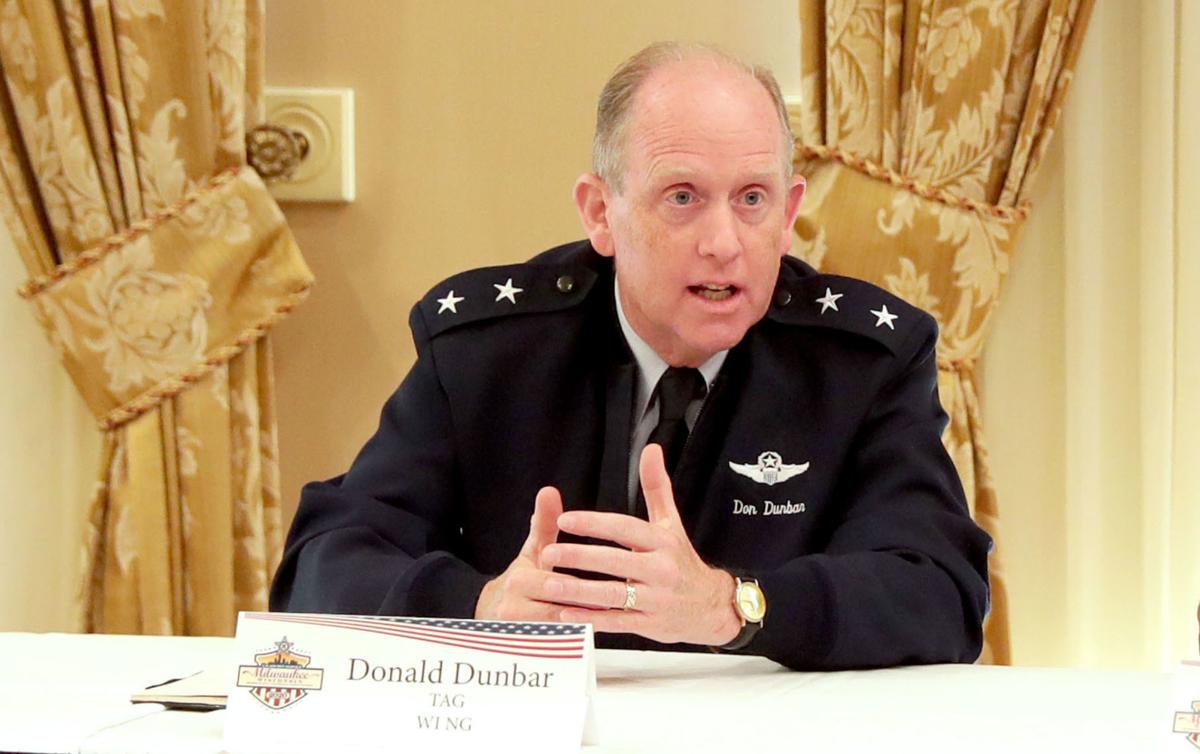 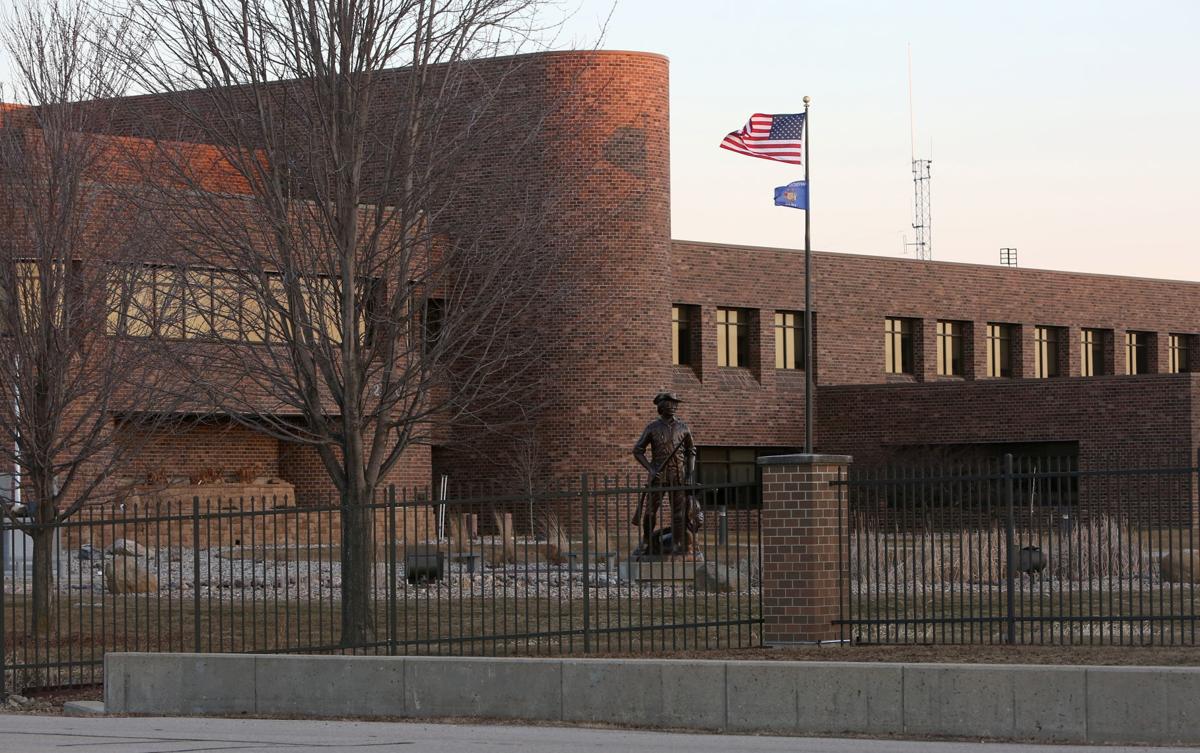 The Wisconsin Army National Guard headquarters is located at 2400 Wright St. in Madison.

A federal investigator examining how the Wisconsin National Guard responds to allegations of sexual assault called the state’s handling of one case “an absolute train wreck.”

The investigator, who made the comment while interviewing the victim in the case, said that the state’s attempt to prosecute a soldier for sexual assault through its military justice process was “not the only case that was a train wreck in the Wisconsin National Guard,” according to an audio recording of the interview obtained by the Cap Times.

“The governor and Senator (Tammy) Baldwin will know that your case was a train wreck ... they will know that one or more members of the Wisconsin National Guard completely f----- up,” the investigator said.

The Cap Times is not naming the investigator because he did not immediately respond to an email asking him to confirm his identity.

The comments offer a rare glimpse behind a seven-month long investigation into whether Wisconsin’s National Guard — which includes Army and Air Force units with about 10,000 total members — adequately investigates allegations of sexual assault and whether it follows federal regulations on how to treat victims and perpetrators.

The Wisconsin National Guard, led by longtime Adjutant General Donald Dunbar, has been under scrutiny for months with one of its own internal reports detailing a “culture of sexual misconduct” in one Army unit, and an Air Force officer who says he continues to face retribution for reporting numerous allegations of sexual assault in units there.

Gov. Tony Evers and Sen. Tammy Baldwin asked the National Guard Bureau in April to send a team of officers to investigate how the Wisconsin National Guard investigates allegations of sexual assault in its ranks. The bureau is a federal administrative agency run by the U.S. Army and U.S. Air Force that oversees National Guards units nationwide. Evers has pledged to make the report public.

The report was authored by NGB’s Office of Complex Investigations (OCI), established in 2012 to examine sexual assault cases in Guard units nationwide. OCI officers have canvassed the state, conducting interviews and reviewing records. Wisconsin is one of six states that have invited the NGB to investigate how well Guard units follow protocols.

Evers' office confirmed late Wednesday that the governor has the report from the NGB. As the Guard’s commander-in-chief, he has discretion to determine how to respond to its findings.

General Dunbar has not been briefed on the report by OCI, and when that happens, the report will be made public. "Governor Evers has been proactive about this at every step throughout the process," said Melissa Baldauff, a spokeswoman for Evers.

A spokesman for Baldwin did not respond to an email message regarding the report on Wednesday night.

The botched court martial discussed in the audio recording came after a sexual assault at a Guard-sponsored party in 2015. After a night of Guard-authorized drinking, soldiers were required to spend the night in their unit’s armory, according to sworn statements of those present. As they slept on the floor, one soldier sexually assaulted another by placing his finger and tongue in her vaginal area and groping her, according to the charge sheet in the case. Other soldiers in the room at the time said they heard the victim say “no” several times, according to their sworn statements obtained by the Cap Times.

The alleged perpetrator was later charged with four sexual assault violations of the Wisconsin Code of Military Justice, which governs military judicial proceedings in the state.

The state’s military prosecutor missed several administrative deadlines and eventually failed to advance the case. The state then tried to re-open the court martial and eventually settled the case by offering the alleged perpetrator a plea deal. The soldier pled guilty to one charge of “indecent conduct” in August. It is a charge levied by the state for having consensual sex with the victim rather than assaulting her.

In the audio recording, the investigator said that the state’s bungled sexual assault court martial was largely the result of “incompetence” on the part of Wisconsin National Guard officials.

“Incompetence and ignorance into how the system is supposed to work,” the investigator said, noting that the case would be a key feature of the NGB report.

Her sexual assault report against a man she dubbed “the Harvey Weinstein of the Wisconsin Army National Guard” was later substantiated by federal investigators, but the man later was rehired by the state as a contractor.

The soldier requested anonymity because she still works for the Wisconsin Army National Guard.

The Wisconsin National Guard received 52 reports of sexual assault between 2013 and 2017, with more than half occurring while soldiers were on duty.

Jackie Halverson, a spokeswoman for the Guard, acknowledged in an email earlier this year that it does at times investigate cases in-state rather than sending them to the National Guard Bureau.

Since 2013, the Guard has had jurisdiction to investigate 20 cases of sexual assault. Of those cases, four were sent out of state to the National Guard Bureau, Halverson said.

“The decision to conduct an independent investigation using trained Wisconsin National Guard investigators versus asking for a National Guard Bureau OCI investigation is determined on a case-by-case basis,” she said. “Each incident is independently evaluated and assessed for factors like complexity and jurisdiction, to avoid conflicts of interest, or others. The regulation states that each state's adjutant general may refer to OCI, but they are not required to. OCI is a resource to assist in investigating sexual assault allegations, but the state has its own resources in place to independently investigate.”

The Cap Times has repeatedly requested an interview with Dunbar over the last several months and the Guard has not made him available to discuss how he presides over such cases.

Dunbar, an Air Force officer, is one of the longest serving National Guard chiefs in the country. The governor of each state is the National Guard’s commander-in-chief and typically appoints an adjutant general. In Wisconsin, those are five-year terms. Dunbar was first appointed by Gov. Jim Doyle and re-appointed by former Gov. Scott Walker. His term ends in 2022.

Katelyn Ferral, public affairs and investigative reporter for the Cap Times, is examining sexual assaults in the National Guard system and how they are handled during a nine-month O’Brien Fellowship in Public Service Journalism at Marquette University. This story, and others, is being co-published by the Milwaukee Journal Sentinel, which is a partner in the effort.

Wisopinion.com: 'The Insiders' look at the election-year agenda for the Legislature