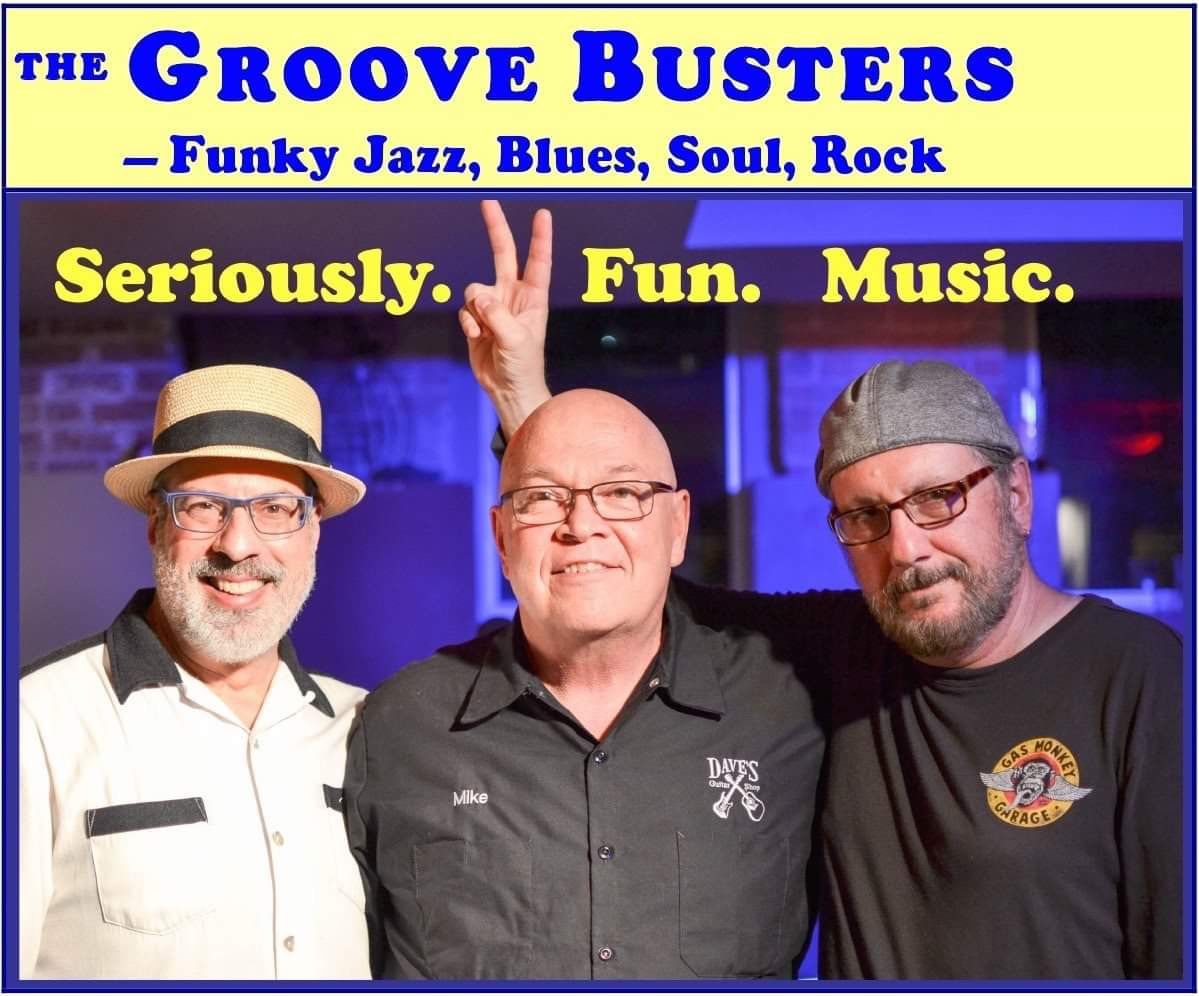 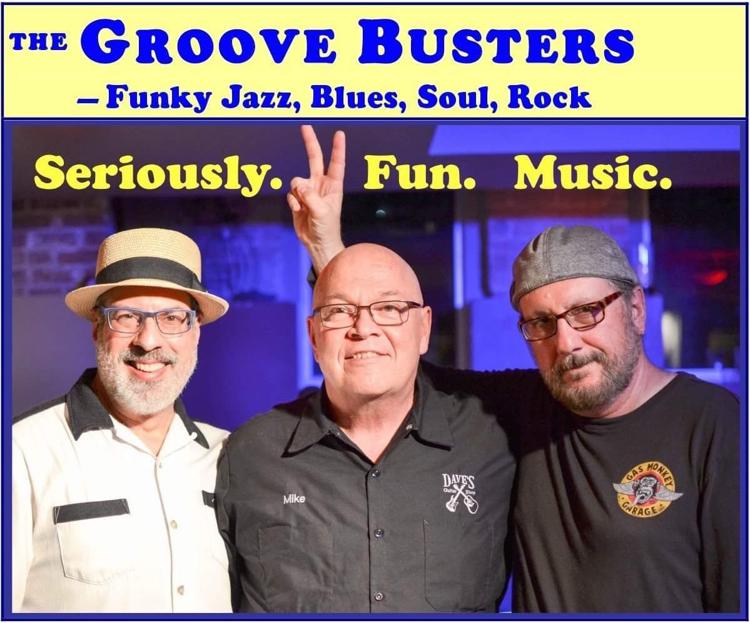 The Groove Busters are back!! They are a power trio based in Madison, WI that lays down the groove at the intersection of Jazz, Blues, Funk, and Rock. The band members are all seasoned pros, who bring their well-honed skills, performance experience, and deep love of music to their playing. These guys rock the house with power and finesse.

The band plays some of their own original compositions, mixed with an exceptional group of cover songs, bringing their own creative interpretations to popular tunes. Among the covers, there are familiar touchstones, of course, including tunes made famous by B.B. King, Ray Charles, Albert King, Herbie Hancock, Eric Clapton, Jaco Pastorius, the Rolling Stones, and others.

Mike Turk (drums) is a well-known & well-respected drummer who plays a wide variety of musical styles, but his real love is funky blues & jazz-rock fusion. He has performed regularly with top-tier local music pros, including guitar master Cliff Frederiksen and the late keyboardist, Cadillac Joe Andersen, among many others. Although known as a drummer’s drummer, Mike has also managed some of the area's best guitar stores and helped countless musicians find their favorite instruments.

Joe Iaquinto (bass & vocals) is a full-time career musician & multi-instrumentalist, who moved with his family from L.A. to Madison in 2017, bringing his years of big-city recording and stage experience with him. Joe has performed with Billy Preston, Rita Coolidge, Peter Cetera, The Emotions, and many other major artists, and is in high demand as a talented, adaptable pro musician. Joe still plays occasional shows with national recording artists, in addition to his bands in Wisconsin and California.

Bruce Wasserstrom (guitar & vocals) is best known locally for having been the guitarist & bandleader for two popular groups, the Mighty Groove Masheen and Mad City Funk. He currently performs with the Funkee JBeez, as well as the Groove Busters, and he has been the featured guitarist on recordings by Joe Andersen, Tyler Preston, and the Tent Show Troubadours. Bruce has also performed with the Clyde Stubblefield All-Stars Tribute Band, the Rascal Theory, and the late Motown alum, vocalist Charlie Brooks.