Joe Kerrigan remembers the manual efforts needed when he first started working in the 1990s as a package handler for FedEx.

It involved reading charts of ZIP codes, sorting packages by hand to different belts and marking and labeling boxes from flow charts to ensure they were in the correct shipping trailer.

Kerrigan, now a territory manager for FedEx, showed off the latest technology in one of the company’s newest facilities on Tuesday as a 385,000-square-foot package handling and sorting facility on Madison’s North Side was publicly unveiled.

Located on 17 acres at the corner of Hoepker Road and Highway 51, the building has 400 employees but is considered fully automated. It includes conveyor systems lined with cameras, mirrors and scanners that can read detailed information on up to 15,000 packages an hour. Tracking timers are used to determine at which point a package is kicked down the correct chute to one of the 170 loading docks, each with a truck headed to a specific destination.

And much of it is overseen by a single employee in a central control room filled with television monitors providing live feeds from cameras overlooking conveyor and loading systems. There are computer screens that pump out data and panels filled with red and green buttons.

“This, in a sense, is the eyes and the ears and the brains of the operation,” Kerrigan said. “We can monitor everything from one central location to make sure everything is working properly and to try and catch any potential jams or issues that might be happening in the (sorting) system.”

The facility, its ribbon cutting delayed due to the pandemic, opened about a year ago and is one of 160 fully automated facilities in the FedEx ground network of 690 sorting and distribution facilities around the country. However, more than 97% percent of the company’s daily package volume travels through an automated station each day, according to officials, who gathered Tuesday in a portion of the building as massive overhead fans provided some relief from an unusually humid spring day.

Among those in attendance at the event was Zach Brandon, president of the Greater Madison Chamber of Commerce, who said the Madison area’s central location, its population base and proximity to the interstate system makes the area a prime target for distribution and processing centers in a world where e-commerce continues to explode.

In late 2021, Amazon announced plans for a 3.4 million-square-foot distribution and warehouse facility at the intersection of highways TT and N in the village of Cottage Grove just north of Interstate 94. The $200 million, five-story project on a 145-acre site would employ 1,500 people, operate 24 hours a day, seven days a week, and serve as a “middle mile” facility catering to large trucks that deliver to other distribution facilities that service delivery vans charged with final destinations for packages.

The new FedEx facility is considered a “final mile” building where many of the packages arriving are headed to addresses not only in Madison but as far north as Westfield, as far south as Janesville, Richland Center to the west and Waterloo to the east.

FedEx is also using Madison to test delivering packages in high-density areas using e-cargo bikes. The bikes are used to deliver smaller packages and may do two to three trips a day and can log around 95 miles on a single charge, said Tom Beeman, who manages FedEx delivery systems in the Midwest. The e-cargo bikes not only reduce carbon emissions but also reduce congestion and noise, can use existing bicycle and bus lanes and are able to find curbside parking more easily than vans, particularly in hard to access areas.

In 2018, FedEx opened a 156-door facility in Oak Creek and in 2015 opened a 200,000-square-foot facility in Menomonee Falls. The company is also in the midst of constructing a $21 million shipping and distribution facility in the Fox Valley village of Little Chute.

The new Madison facility, which includes wider conveyor belts to handle larger packages such as furniture and appliances, replaces a more manual building that could process 8,000 to 9,000 packages per hour, Beeman said.

“Automation has come so far, but our technology is going to continue to improve,” said Beeman, who worked at the Madison operation for four years beginning in the late 1990s. “Our growth has just really accelerated.”

Also, Wisconsin Brewing Co. news is all about the expansion into contract brewing.

Locally made beer but with recipes from Ukraine

Dane County brewers have collaborated to produce five beers from Pravda Brewery in Lviv that will be served up Sunday at a beer festival in Verona.

The outdoor market has returned to the Capitol Square for what organizers hope will be their first full year in the city's Downtown since 2019.

Some have closed locations, added wash and fold services and have seen pick up and delivery business increase while finding workers continues to be struggle.

SmartSkim of Madison sold to Sentry Equipment in Oconomowoc

The SmartSkim facility on Madison's Far East Side will close and its six employees are being offered jobs in Oconomowoc.

The new facility at Odana Road and Whitney Way will serve as a primary production center, offer up a cafe and drive-thru

The charitable sale on June 3 and 4 at Keva in Middleton returns for the first time since 2019 and with a massive inventory.

Dairyfood USA has been purchased by Milwaukee-based Borgman Capital, which plans to merge the company with Gilman Cheese Corporation in northwestern Wisconsin.

With limited lots, a shortage of existing homes for sale and plenty of customers, Madison area builders expect to remain busy well into 2023 despite rising interest rates that are around 5.5% for a 30-year fixed mortgage. 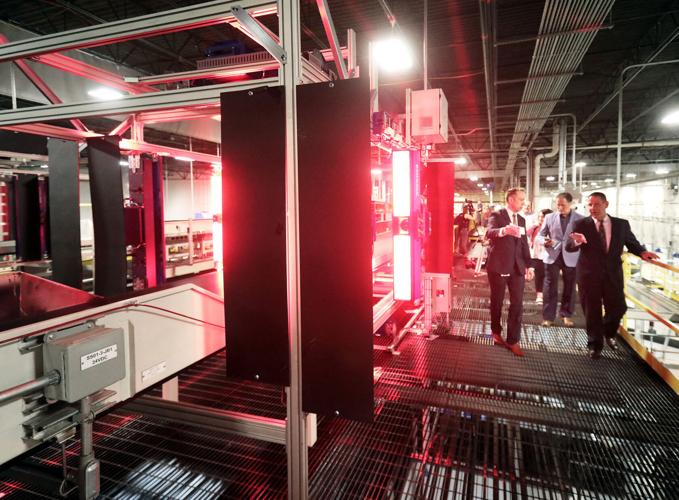 Visitors to the new automated FedEx sorting and distribution center make their way past a scanning device that reads and tracks packages and helps guide them to the proper loading dock. The 385,000-square-foot facility at Hoepker Road and Highway 51, opened about a year ago, but its public ribbon cutting was delayed until Tuesday due to the pandemic. 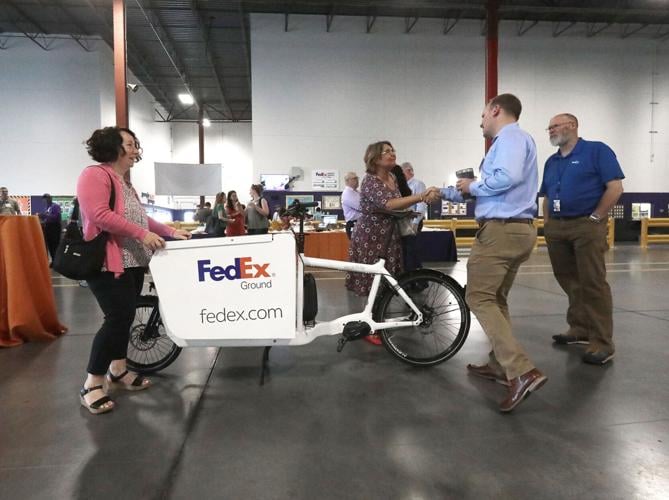 An electric cargo delivery bike is shown off Tuesday and is part of a pilot delivery project by FedEx for Madison's Downtown. 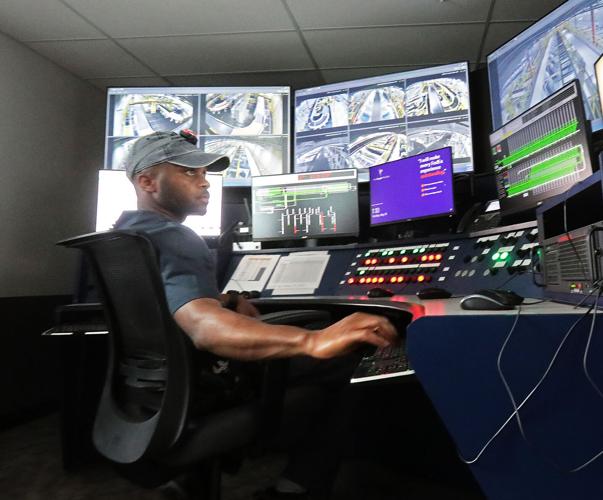 The control center of FedEx’s new sorting and distribution facility can be run by a single person, who monitors activity in the 385,000-square-foot building. But despite the automation, the facility still employs 400 people. 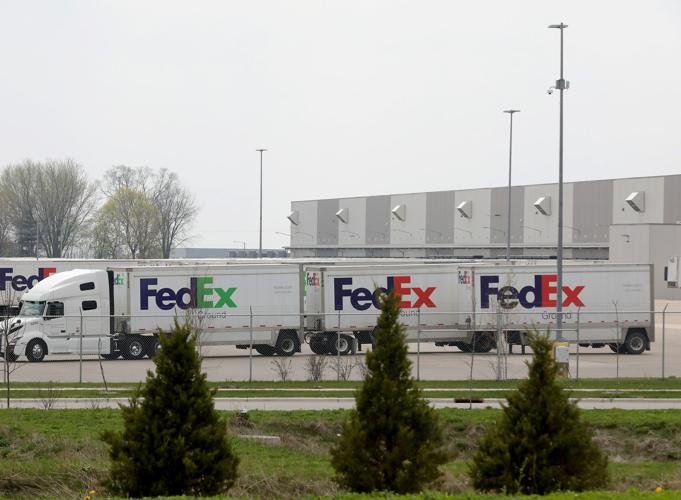 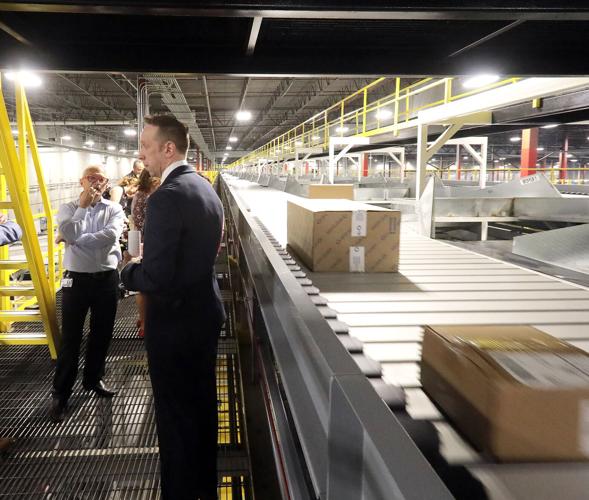 Joe Kerrigan, a territory manager for FedEx, explains the operations of the company's new automated sorting and distribution center in Madison that can process 15,000 packages an hour. 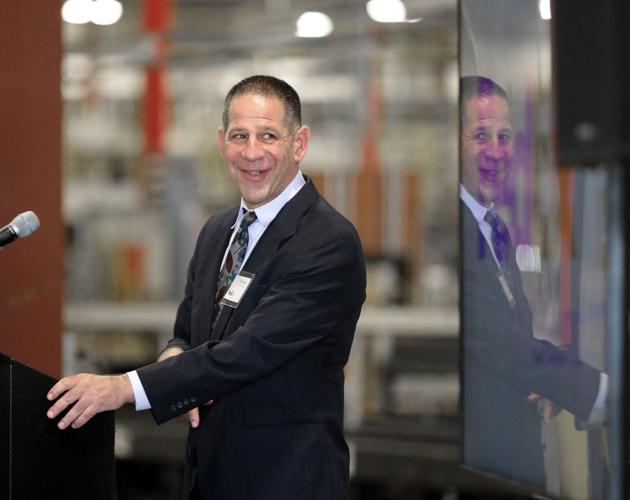