Promega Corp. to seek its first FDA approval for cancer-related product
0 comments
Share this
1 of 2 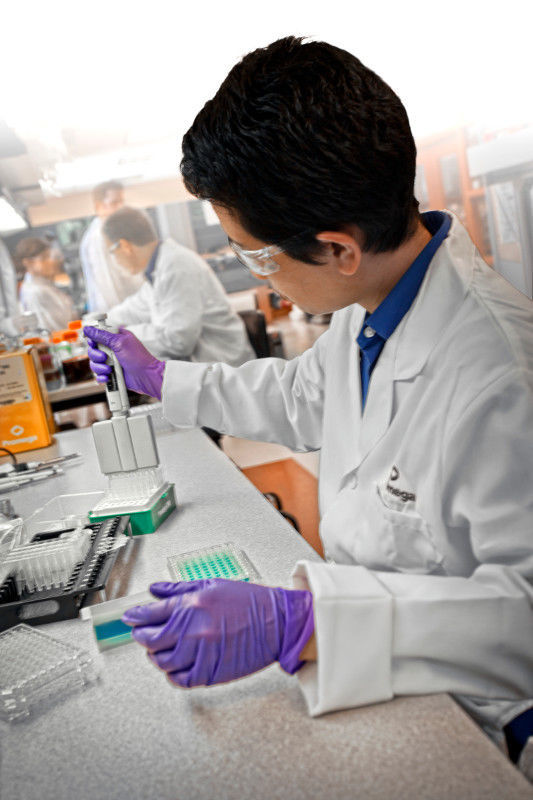 Promega Corp. employees work in a lab manufacturing assays, or analytical tests, for use in biotechnology or biomedical research. 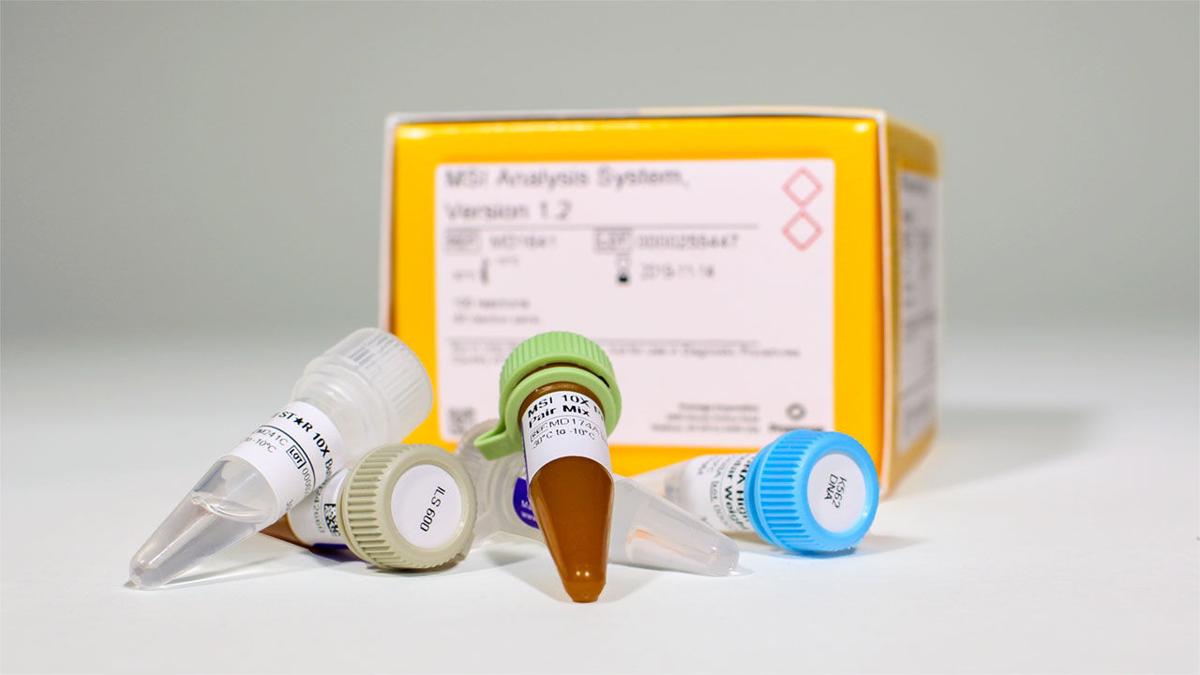 Promega's Microsatellite Instability (MSI) assay is used to test for a particular biomarker found in certain types of colorectal cancer. The Fitchburg company says it will ask for Food and Drug Administration approval for wide clinical use of the analytical tool.

A product developed by Promega Corp. about 15 years ago to see if astronauts suffer DNA damage from long bouts in space could be headed for broad clinical use in the fight against cancer.

Fitchburg-based Promega said Thursday it will apply for approval from the U.S. Food and Drug Administration and European regulators for a test that can identify deficiencies in the ability of a person’s cells to correct gene mutations — a condition that has been tied to a certain type of colorectal cancer.

Heather Tomlinson, business unit leader for molecular diagnostics, said people with Lynch syndrome, a hereditary form of colorectal cancer, have variations in the genes involved in fixing mutations. She said Promega’s Microsatellite Instability (MSI) assay has been found effective in identifying those variations.

“Your cells are copying your DNA all the time, and when there are mistakes in DNA replication … the body can correct the mistakes through mismatch repair. When people have mismatch repair deficiency, the cells can’t make the correction and the mistakes are replicated,” Tomlinson said.

The MSI test is used in analyzing biopsies of colorectal cancers in clinical research. The results can help physicians determine how to best manage patients with Lynch syndrome, Tomlinson said.

She said recent studies have shown that immunotherapy — marshaling the body’s immune system to attack cancerous cells — has been effective in patients with mismatch repair deficiency. The studies show it works because if the mutations cannot be fixed, the cells have more mutations, and more mutations result in the body creating more antibodies. The more antibodies, the greater the body’s own immune system response to a cancer cell invasion.

Recently, the FDA gave fast-track approval to the drug Keytruda, by Merck, which is an immunotherapy treatment, after a couple of Johns Hopkins studies. The first showed 62 percent of people with the repair deficiency biomarker responded well to treatment by Keytruda. A more wide-ranging study followed, of 86 people with the deficiency who had 12 different cancers. More than half the participants, 46, saw their cancers shrink after receiving Keytruda, and in 18 patients, the cancers vanished, a report in the journal Science said.

Promega released its MSI assay on the market in 2004 for use in research, but it is not widely available for diagnostic use in clinical labs, Tomlinson said.

“What we want to do is make it easier for these labs to get access to this technology,” Tomlinson said.

This is the first time Promega is seeking FDA approval for any of its products. Founded in 1978, the privately owned company makes 3,500 products for use in research, drug discovery and DNA identification.

Tomlinson said Promega will conduct studies of biopsy samples and expects to file for FDA approval in the next year so its test might be available in the second quarter of 2019. Eventually, the company hopes to expand use of its MSI test for other types of cancers, as well.

“There’s a recognition that this technology ... has a significant place in human health,” Tomlinson said. “I think it’s extremely exciting.”

The Fitchburg-based biotech firm was handed a defeat Wednesday by the U.S. Supreme Court, which ruled in favor of a California firm in a patent infringement case that limits the international reach of U.S. patent laws.

Promega Corp. employees work in a lab manufacturing assays, or analytical tests, for use in biotechnology or biomedical research.

Promega's Microsatellite Instability (MSI) assay is used to test for a particular biomarker found in certain types of colorectal cancer. The Fitchburg company says it will ask for Food and Drug Administration approval for wide clinical use of the analytical tool.