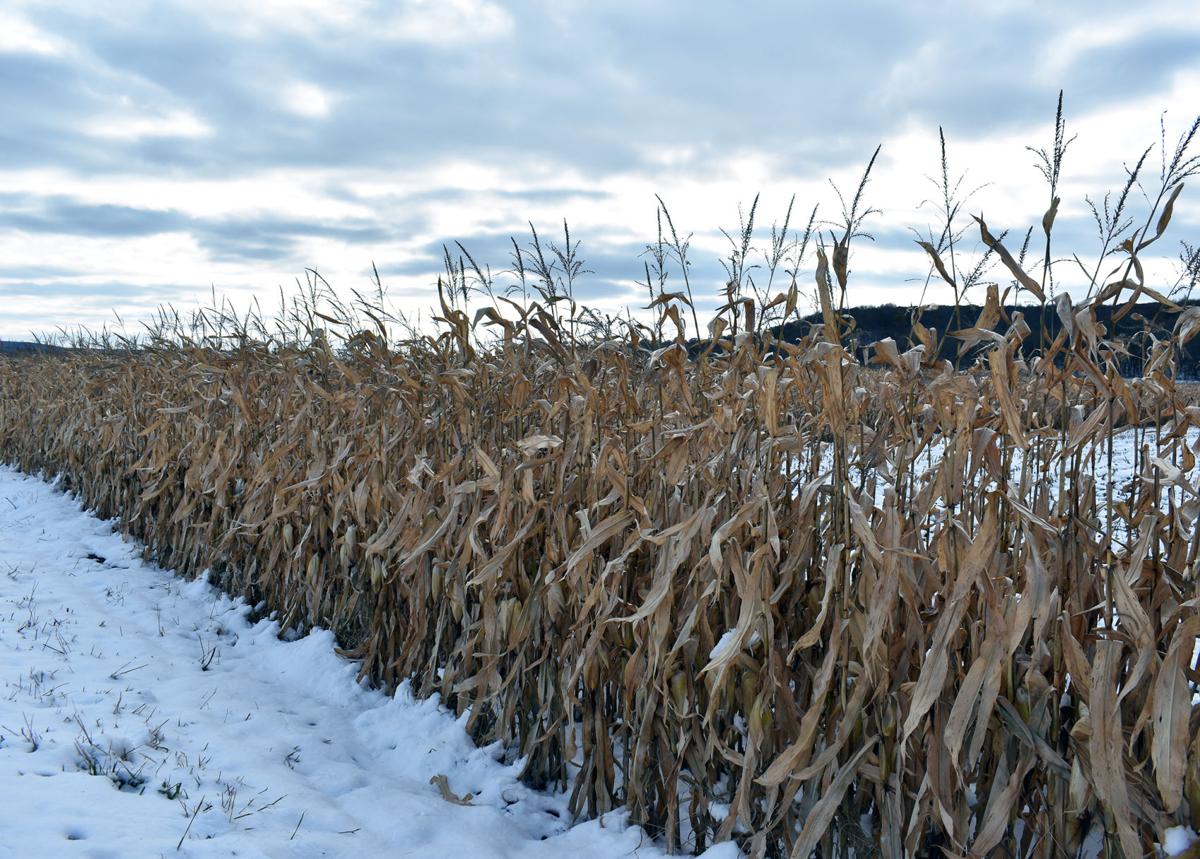 Snow-covered corn crops along Highway 33 between Baraboo and North Freedom are still awaiting harvest after cold, rainy and snowy weather. 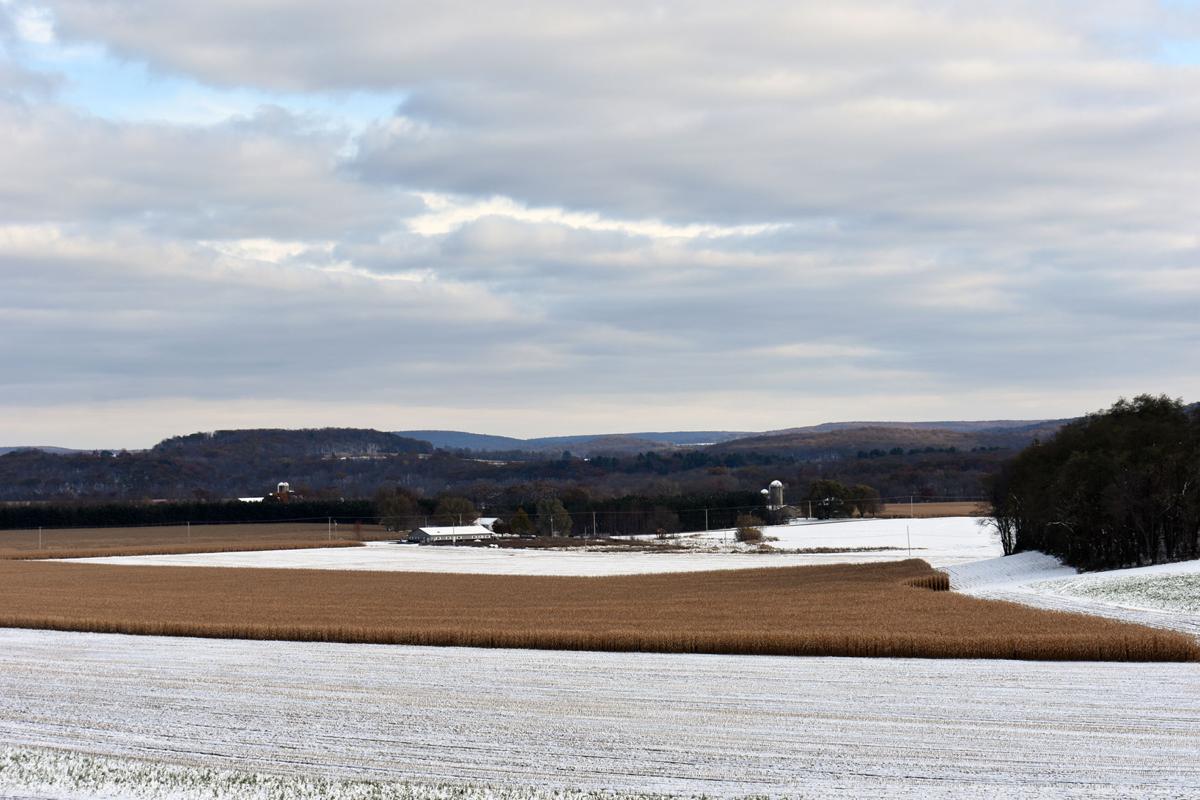 Fields of corn and soybean crops will remain unharvested past regular harvest times due to unexpected wet and snowy weather recently.

After a difficult planting and growing season, area farmers face an equally difficult fall harvest as many corn and soybean crops remain in the field.

“It’s absolutely been a tough season from the start,” said Ron Bula, owner of Bula Pleasant Valley Farms outside North Freedom. “We had a hard time planting and harvesting some of our harder soil.”

Bula grows about 15 acres of corn, along with other smaller produce. Corn is the only crop that remains unharvested due to weather conditions on his farm.

Columbia County Agricultural Extension Agent George Koepp said the weather this growing season has caused many difficulties for farmers in and around Columbia County from the beginning. Due to wet and cold spring conditions, initial planting was delayed, as was the growth throughout the season.

“We planted late, we didn’t get the growing season we would like, and now we have the snow,” said Koepp. “Wet conditions are not good for soybean or corn harvest. This snow really has the farmers sitting on pins and needles, and all they can do is wait.”

Bula said a delayed harvest can create a difficult economic situation for many farmers.

“They are depressed. The weather is something they can’t control,” said Bula. “It just increased the amount of anxiety and frustration and depression in the farming community. The amount of risk and personal capital that goes into this is crazy. You’re literally mortgaging your home and everything you have to put that next crop in.”

Wet crops can can clog machinery and cause safety issues, so farmers have to wait for snow to melt and crops to dry out before harvesting.

Many farmers use the start of deer hunting season, Nov. 23 this year, as a guideline of when to be done with the harvest most years. Koepp said he thinks the harvest will be pushed weeks beyond that if cold and wet weather persists.

Harvesting delays can cause many issues, such as the need to dry crops out through grain dryers once they have been harvested so they can be used or sold, which requires more time and money spent for farmers.

“November is not a good drying month. We don’t get that warm, dry weather to help dry that crop out in the field,” said Koepp. “It’s going to cost them extra dollars to run those corn seeds through the grain dryers.”

And the use of grain dryers has brought an additional challenge. Gov. Tony Evers on Wednesday declared an energy emergency in the state amid heightened demand for propane due to a late corn harvest and the onset of cold weather. That demand could raise propane costs for farmers as well as those who use it for residential heating — often people who live in rural areas, like farmers.

In addition to extra cost, the delays and inclement weather can cause a sizable yield loss. Koepp estimates about 10 percent of crop yield was lost throughout Columbia County this year.

In addition to total yield loss, Koepp said large portions of fields could not be planted in the spring due to inclement weather at the time, which can create issues for the next season. Problems can include soil compaction, making the soil less workable the following year.

“Challenges that we face this year can create challenges for next year,” said Koepp.

He encouraged farmers to keep equipment in good repair and take all safety precautions when they are able to get back into fields.

Recent changes to rules for taking money out of your IRAs, 401(k)s, and other tax-favored retirement accounts could have a big impact on your retirement savings strategy.

Snow-covered corn crops along Highway 33 between Baraboo and North Freedom are still awaiting harvest after cold, rainy and snowy weather.

Fields of corn and soybean crops will remain unharvested past regular harvest times due to unexpected wet and snowy weather recently.