None of this should have happened for Leonard Mattioli.

The showrooms filled with microwave ovens, stereos and furniture, the loud commercials, boisterous promotions and the over-the-top nickname.

He tried retirement for a few years after selling his chain of American TV & Appliance stores but then discovered electric bikes. So naturally, with retail infused in his DNA, Mattioli opened a store to sell e-bikes that has turned out to be the largest store of its kind in North America.

But this time the retirement for Mattioli, who had a cup of coffee as a mechanical engineer with Eastman Kodak when film was king, is for real.

There are grandchildren to tend, he is about a year from being an octogenarian and he no longer has the energy to work 10 hours a day, six or even seven days a week.

“That’s how I’ve always done it and it’s pretty hard to teach an old horse new tricks,” Mattioli said. “I’m not as fast as I was mentally and the level of concentration actually was becoming more difficult for me. It’s like a football player in the last year or two of their career, you take the hit but it hurts more.”

Mattioli, who will turn 79 next week, has sold his Crazy Lenny’s Electric Bikes on Odana Road to Steve Lindenau, a Madison native who has worked at the store for the past two years but has a long executive career in the cycling and fitness industry. Lindenau, who closed the deal on Feb. 28, purchased the name of the business, trademarks and inventory, which included more than the 250 bikes that crowd the showroom of the 12,000-square-foot store at 6017 Odana Road.

Lindenau, 62, a Madison Memorial and UW-Madison graduate, was president of Trek’s German operations from 1988 to 2001 and spent eight years selling and managing in the fitness industry. More recently, he spent over seven years as the CEO of Easy Motion Electric Bikes and two years as the international director of development for Pedego Electric Bikes. Mattioli was one of Lindenau’s biggest customers at both California-based businesses.

“It just keeps growing and growing and growing. It’s just a great product to sell,” Lindenau said as he stood near a row of $4,000 electric bikes from Harley-Davidson. ”What’s happening with e-bikes is that as people age, bicycling becomes less attractive because it’s harder and they have mobility issues. The motor takes all of that away. You feel like a kid again.”

Mattioli got into electric bikes after a test drive in 2012 and then bought 340 bikes in a weekend that he began selling out of his house to family, friends and former associates. In 2013, he opened a store at 6033 Odana Road, but in 2017, as sales continued to climb, moved into the current location, which tripled the store in size and provided more room to display bikes, a space for a service center and was located adjacent to a bike path for test rides.

In 2021, the business had sales of about $7 million, a slight dip from 2020, when sales during the first year of the pandemic hit $7.3 million, according to Mattioli.

“He’s got an amazing work ethic and from a marketing perspective he’s always tried to do things different than what the competitors do,” Lindenau said. “It’s one of the reasons it’s allowed this shop to grow as fast as it has. He’s a different sort of marketer.”

After graduating from the University of Illinois and working at Kodak in Rochester, New York, Mattioli, who grew up in Chicago, took a break from the company to come to Madison to help his dying brother, Ferdinand, close his television, furniture and appliance business that was deeply in debt and founded in 1954 on Atwood Avenue.

By 1967, the store had expanded to the 2500 block of the West Beltline, but two years later with the business failing and Ferdinand ailing, it appeared bankruptcy was the only answer.

But in classic Mattioli style, the brothers went against the grain and kept the business open with Ferdinand teaching his brother about retail. Len bought the business in 1970 for $10,000. A year later, sales increased to $1.6 million. Ferdinand died in 1972, but the business continued to flourish. Two years later, Mattioli had sales of $4 million and expanded the store to 20,000 square feet. A 150,000-square-foot store opened on the Beltline in 1980.

“From 1970 to 1975, American was a little retail store and we were competing with some very large stores,” Mattioli told the Wisconsin State Journal in 1980. “The idea that a little store can’t compete is absolutely untrue and we’re the outstanding example of that.”

The business became known for its promotions that included free bikes, trips and no-interest loans. Len, who became known as “Crazy TV Lenny,” would cut his own television and radio commercials and once traded an electric range and a refrigerator for a pair tickets to a Chicago Cubs game.

But Mattioli was also deeply involved in community organizations like Easter Seals and sat on the boards of Methodist Hospital and M&I Bank. He currently sits on the board at Epic Systems in Verona.

American grew to 15 stores with Mattioli retiring and selling the business in 2009. The company closed four of its stores in Missouri in 2011 and in 2014 closed its remaining 11 stores in Wisconsin, Illinois and Iowa, citing “an unforgiving economy,” according to then-CEO Doug Reuhl. The former West Beltline location is now home to a Furniture & Appliance Mart.

Mattioli, a pilot with homes in Colorado and the Caribbean, spent several years traveling, but ultimately missed the day-to-day energy of retail.

“Those were not happy years for me,” Mattioli said. “I could do all kind of things that were just over-the-top dreams that most folks have, but it doesn’t always make you happier. The real joy for me was going to work.”

Locally made beer but with recipes from Ukraine

Dane County brewers have collaborated to produce five beers from Pravda Brewery in Lviv that will be served up Sunday at a beer festival in Verona.

The outdoor market has returned to the Capitol Square for what organizers hope will be their first full year in the city's Downtown since 2019.

The owners of Duncan's Dog Daycare and Kismet Aveda Salon leaned on each other to navigate the unexpected challenges over the past two years.

A lack of trade ins for new cars has depleted used car inventory but dealerships have gotten creative in their efforts to increase inventory.

With the help of former resident and now author Harold Kurtz, the village of Brandon in Fond du Lac County is on the cusp of expanding its library for the first time in 109 years.

Some have closed locations, added wash and fold services and have seen pick up and delivery business increase while finding workers continues to be struggle.

On Retail: Madison Public Market on track for 2024 opening

Renovating the former fleet services building is scheduled to being this fall with an executive director hired in early 2023 to help select vendors. 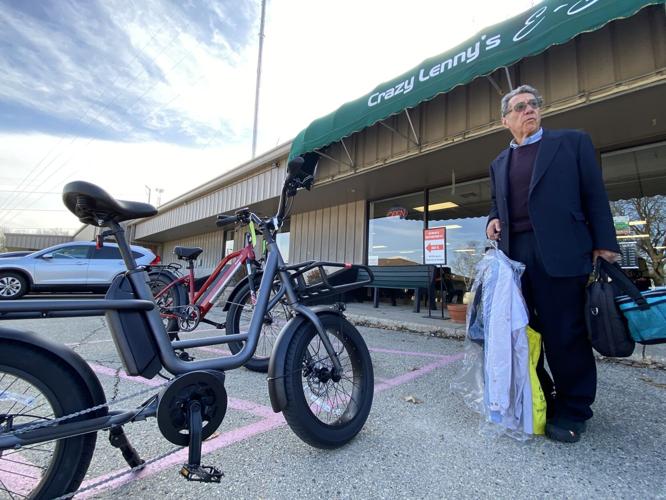 Len Mattioli, who became known in the 1970s for growing his late brother's small television, appliance and furniture store in Madison into American TV & Appliance, has sold his Crazy Lenny's Electric Bikes store and is finally calling it quits. 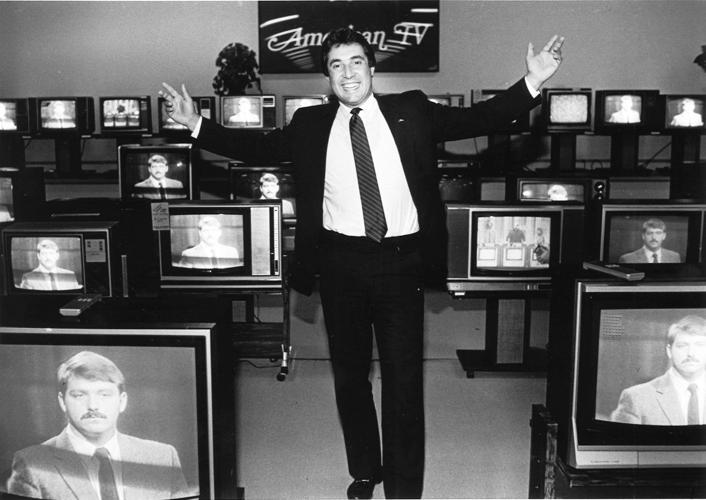 When this picture was taken in 1984, Len Mattioli was known as "Crazy TV Lenny." Mattioli made his own television and radio commercials for his American TV & Appliance stores that grew to 15 locations in the Midwest. 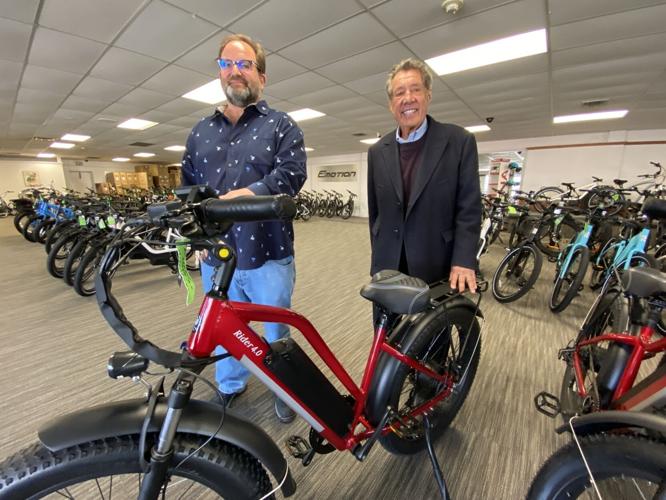 Steve Lindenau, left, has purchased Crazy Lenny's Electric Bikes from Len Mattioli, who opened the business in 2013. Lindenau, who grew up in Madison, has worked at the Odana Road store for the past two years and has a long career in the biking industry. 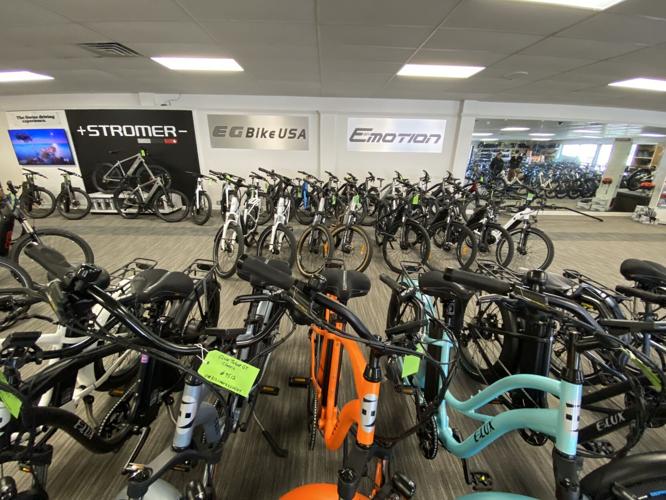 Crazy Lenny's Electric Bikes is the largest electric bike store in North America. Its showroom on Odana Road is filled with over 250 electric bikes. 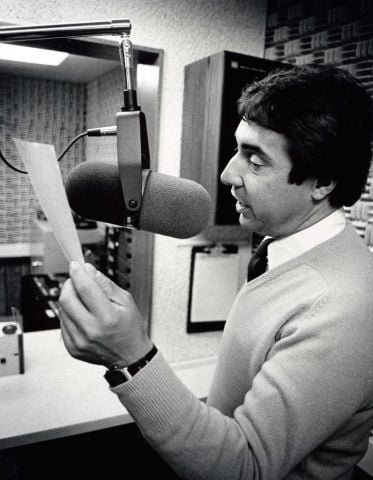 Len Mattioli reads a script for one of his radio ads for American TV in 1984. 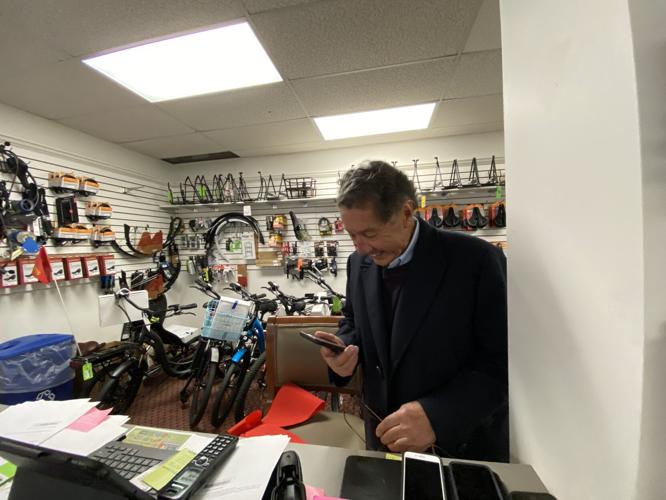 Len Mattioli checks his phone at Crazy Lenny's Electric Bikes on Odana Road. Mattioli is retiring after selling the business in February. 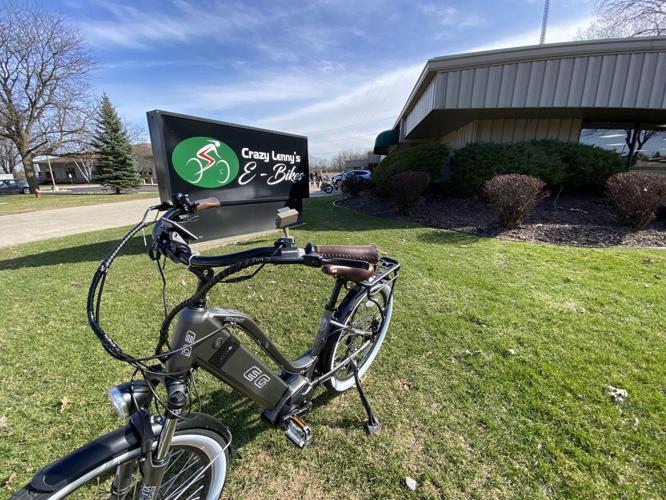 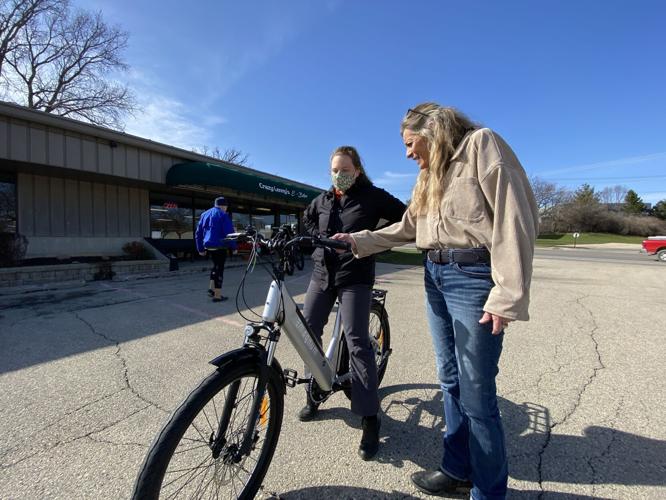 Kim Swenson, right, a saleswoman for Crazy Lenny's Electric Bikes, goes over the controls of a bike being test-ridden by Reba Luiken of Madison.