Part of the name, however, will remain. There also will be a range of rents, a second-floor outdoor deck and a 15,000-square-foot “backyard” with grills, tables and grass.

But this project along the rapidly developing East Washington Avenue corridor is unlike those that have risen near Breese Stevens Field over the past seven years. Those developments have futuristic names like Constellation and Galaxie. The rents and amenities in those buildings have drawn tenants making upper-five-figure and six-figure salaries and who work in the region’s growing tech industry.

Ella Apartments, 2902 E. Washington Ave., harks back to an iconic past and will cater to a population of those living in and around the working-class Eken Park neighborhood or who are looking to move to the city’s East Side.

New Year Investments has started construction on a $30 million mixed-use building with 135 housing units, 9,000 square feet of first-floor commercial space and 108 underground parking stalls. A mural is being designed for the front of the building and rents for a one-bedroom apartment are expected to range from $500 to $1,300 per month.

“There’s a lot of people in that range,” said Anne Neujahr Morrison, principal of NYI. “There are a lot of people coming out of school in that range, there are a lot of restaurant and service industry people in this range, and those are the people who used to be able to find housing in this neighborhood and are now finding that it’s heated up, so they’re looking farther afield.”

Ken and Judy Balkin closed their Ella’s Deli in January 2018. The business was founded in the early 1960s on State Street by Ella Hirschfeld as a small kosher-style deli, grocery store and restaurant. Ken Balkin’s parents took over the State Street site in the mid-’60s, before they opened the second, East Washington Avenue location in 1976. The State Street location closed in 1999.

When the East Washington Avenue restaurant closed three years ago, it brought out throngs of customers who waited in line to spend one last moment in the eatery. Epic Systems Corp. of Verona bought the historic carousel and the collection of whimsical interior art and circus toys that summer.

In late 2019, NYI purchased the site for $870,000. At first there was a thought of trying to lure another restaurant to the site, but, with little left in the building, Neujahr Morrison, who had planned to some day redevelop the site, began working on developing a plan for the apartment building.

Catie Shannon, who has lived in the Eken Park neighborhood since 2010 and is past co-chair of its neighborhood association, said the creation of an apartment building with rents that cater to a working class neighborhood and a design that includes outdoor spaces will fit well with the neighborhood homes that for years were occupied by workers at Oscar Mayer and Rayovac. The area is also threatened by gentrification.

“We’re a neighborhood that kind of lives on our front lawns and we already have two spectacular parks, but the fact that green space is incorporated into the apartment building is really a plus,” Shannon said. “The cost of rent is so important to us in the neighborhood. So many of us have been affected by it. And we as a neighborhood are really proud about being working class and accessible. So to know that was important to Anne and that she saw it through — that it wasn’t just a promise she gave the neighborhood — has really meant a lot to us and has built a lot of trust.”

Neujahr Morrison’s father, Tom Neujahr, was co-founder of Urban Land Interest, a Madison real estate and development company that has left its mark throughout the state. The company is currently working on a project to redevelop the American Exchange Bank property on Capitol Square but is no longer pursuing development projects.

Instead its shareholders are now doing their own projects, said Neujahr Morrison, 42, who is a shareholder in the firm. Her past projects while working for ULI have included a mixed-use building at 1722 Monroe St., Quarter Row at The Yards and Nine Line at The Yards, among others.

Her background has also included work for architecture and engineering firms doing business development projects in New York City, a stint with the NYC Housing Development Corporation financing mixed income housing, and a return to Wisconsin to work for the Wisconsin Housing and Economic Development Authority, where she worked on projects financing affordable and mixed housing. She started doing private development with ULI about nine years ago.

“There aren’t that many opportunities to control an acre site on East Washington (Avenue), and this is one that a lot of people didn’t have their eyes on maybe because they assumed the restaurant would stay or just thought it was too far down East Wash,” Neujahr Morrison said. “It’s not by Breese Stevens, but it’s by a neighborhood that I really like. It’s not an entertainment district. It’s actually a neighborhood.”

A change in the tax code has allowed mixed income properties to qualify for tax credits, which has helped make Ella Apartments possible. Regions Bank in Alabama is the lending partner and purchased the state and federal housing tax credits that amount to about 30% of the project’s cost, Neujahr Morrison said.

The apartment building, which will be managed by Stone House Development, is adjacent to the Car-X that opened in 2017 after being displaced by an apartment projects in the 1000 block of East Washington Avenue.

Ella Apartments will appear to be two buildings, a five-story structure fronting East Washington Avenue and a four story building along North Lawn Avenue, but the project is actually one building. Neujahr Morrison is looking for one to three locally owned small businesses to take over the commercial space.

The building is scheduled to be completed by June 2022. Its name has the blessing of the Balkin family.

“It grounds it in this physical location, it grounds the building in Madison history, and we’re honored they would trust us with the Ella’s name,” Neujahr said. “There are some sites that are kind of cursed and some sites that are kind of blessed. This is a site that Ken and Judy and the Balkin family really poured their heart and soul into, and I think the residual effects of that and the contribution to the neighborhood are still here.”

2005 Lights on the carousel

The largest mural in Madison was completed Saturday at the former site of Ella's Deli and on the facade of Ella Apartments, which opens Wednesday. 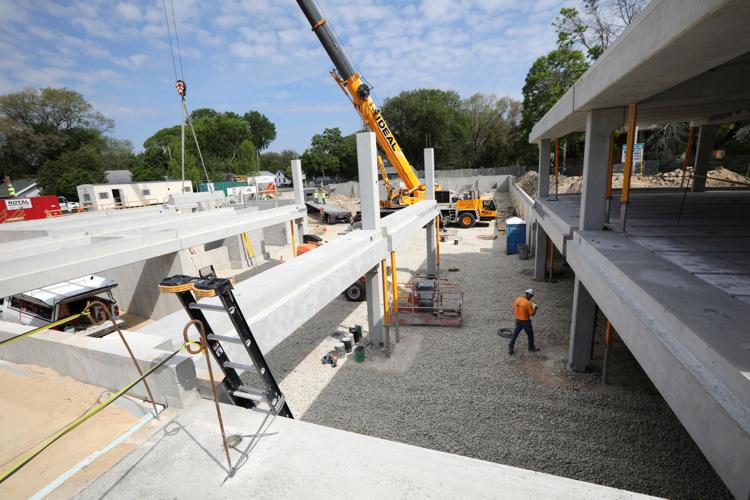 Krupp General Contractors began work on Ella Apartments in March. The $30 million project with 135 apartments and 9,000 square feet of commercial space is is located on the former site of Ella's Deli and scheduled to be completed by June 2022. 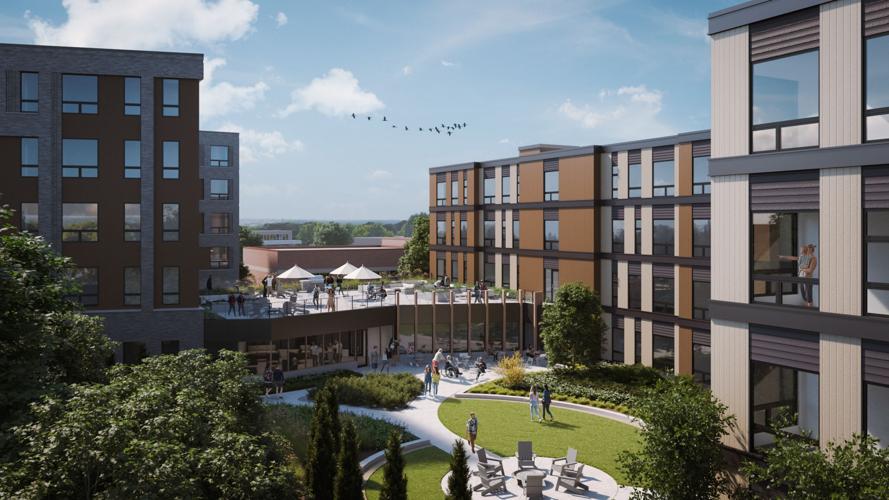 This view of Ella Apartments is seen from the North Lawn Avenue side of the development. The design includes a second-floor outdoor deck that overlooks a private green space being referred to as "the backyard." It will include grills, picnic tables and seating. 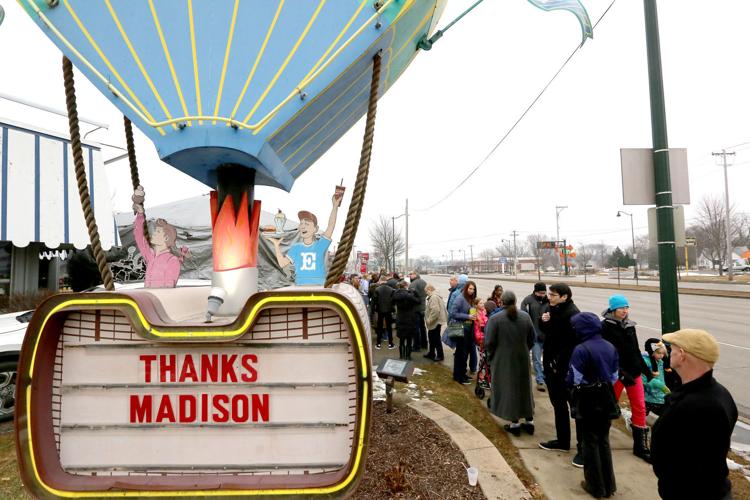 Dozens of Ella's Deli fans wait in line outside the restaurant on its final day of business on Jan. 21, 2018. 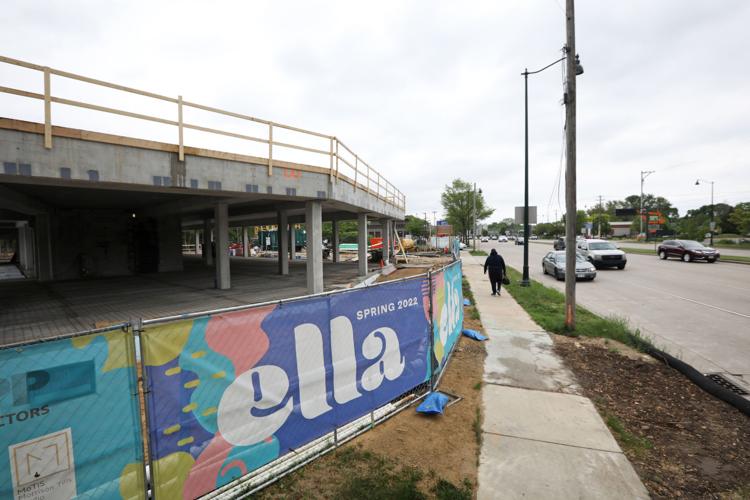 Ella Apartments is under construction at the site that for 42 years was home to Ella's Deli. The eatery closed in 2018, but its name will live on. 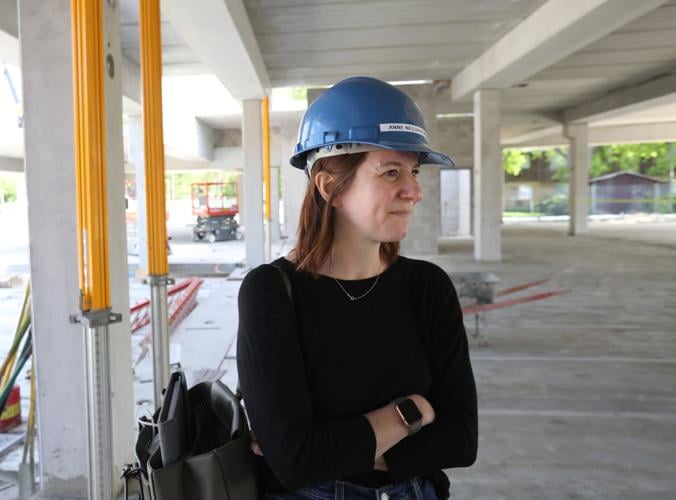 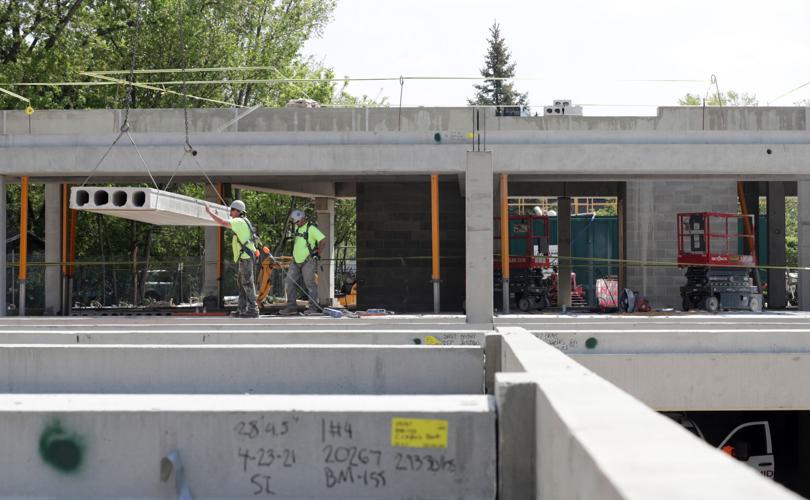 Ella Apartments is under construction at the former Ella's Deli location on East Washington Avenue.

A rendering shows Ella Apartments as seen from East Washington Avenue. The white building in the foreground is Car-X.