They are mothers who have faced homelessness, domestic abuse, cancer diagnoses of loved ones and even incarceration.

But the four Madison interviewees of the recently announced Infamous Mothers “Nothing’s Wasted” tour — Jasmine Banks, Martina Dameron, Qiana Holmes and Keena Atkinson — say they each used the lessons of their past to unapologetically find success as students and entrepreneurs, or as Infamous Mothers would call them, “IMpreneurs.”

Founded in 2016 by CEO Sagashus Levingston, Infamous Mothers is a company that sells literature and games to tell the stories of marginalized mothers who have built thriving businesses, and also offers programming for women entrepreneurs. Infamous Mothers, which has served thousands of clients, has produced plays and art exhibitions in the Madison area.

Through recorded in-person interviews with women entrepreneurs, the nine-months-long, 45-city tour seeks to raise awareness about the barriers mothers have had to break down to pursue their ambitions. Levingston, who has six children, said too often women’s stories focus on the barriers they face, and not how they are overcoming those barriers.

She and a team will make stops at cities all over the U.S. to interview 180 women, who will answer questions about motherhood, health, wellness and entrepreneurship. The first few stops include Madison, Milwaukee, Chicago, St. Paul and Minneapolis, with more cities to be announced soon. The interviews will then be streamed online through Feb. 28.

The company launched the tour within the last few weeks also to garner funds for a $250,000 renovation project to its West Side space, designed with the help of Michael Ford, who is known as Madison’s award-winning Black hip hop architect and founder of BrandNu Design.

The renovated space will serve as a satellite location for a more expansive online co-working environment that the company plans to unveil in 2023, Levingston said. She is Infamous Mothers’ only full-time employee, and earned her doctorate in literature, English and philosophy from UW-Madison in 2019.

The co-working space is one of many projects Infamous Mothers has taken the last two years to pilot and create, some of which will be released in accordance with the tour. Levingston credits the American Family Insurance Institute for Corporate and Social Impact, CUNA Mutual Group and Park Bank as financial supports for the co-working space pilot.

A rendering from BrandNu Design depicts the physical Infamous Mothers building as featuring a media lab, a lounge, offices and even Airbnb amenities. Adorning the walls are past Infamous Mothers books, and photos of diverse women.

Designs for the online co-working space are not yet available, Levingston said, but the space will be housed inside a web-based “Infamous Mothers University,” where entrepreneurs would be able to access courses and other educational resources from their computer. Ford is also helping to design the online space, he said.

“The approach to designing a virtual space is similar to designing a physical space, but the constraints are extremely different,” Ford said. “However, physical limitations such as weather, gravity, material costs, material availability and construction costs are completely eliminated.”

Feedback Levingston garners from the mothers she visits on the tour will additionally inform the look of the co-working space.

Her hope by 2023 is to have women from all across the U.S. accessing it via computer or virtual reality headset. Levingston also hinted at plans to open more physical satellite Infamous Mothers locations.

Jasmine Banks, a longtime Madisonian who owns a business she operates part-time out of her home called Perfect Imperfections 608, said her motivation for success is her mother. She received a cervical cancer diagnosis in 2012.

Banks, a Black mom who had her daughter at 18, said that hardship sparked research into the skincare and hygiene products people use every day. After finding a slew of toxic ingredients whose spellings she couldn’t pronounce, Banks started making her own soaps, facial toners and other natural concoctions.

Keena Atkinson, who has two children as a Black woman, said she experienced homelessness and domestic abuse before becoming the entrepreneur, yoga instructor, hairstylist and housing property owner that she is today.

Atkinson has lived in Madison for the last few years, and is the owner of health-centered business R’oujie Wellness.

Oiana Holmes, owner of online clothing brand Village Girl, is a Black woman and Madisonian who said last October she encountered financial challenges as a single mother before founding her growing shop.

Holmes also has a background in education, and is the co-founder of the UJAMAA Business Network, an entrepreneurial network that equips people of color with tools and resources to grow their company.

Martina Dameron has endured homelessness, too. Dameron, who has three children and has lived in Madison for two years, was studying nursing in Tennessee when the COVID-19 pandemic hit. The health crisis caused her to lose her home, she said.

Dameron has now owned Dameron Cleaning Services since November 2020 and has a regular roster of 10-12 clients. She intends to soon return to nursing school.

“I’ve blown it out of the water,” Banks said of her success as an entrepreneur. “I always had to make sure in my heart that the world didn’t get to put me in their box. That’s not fair to my daughter.”

Read complete coverage of the U.S. Supreme Court decision that ends nationwide abortion protections, and what it means in Wisconsin.

The decision is a stunning reversal of a guarantee that permitted medical providers to administer thousands of abortions in Wisconsin each year for decades.

In response to Friday's ruling, a group of doctors plans to start an independent clinic in the Rockford area to initially offer pill abortions and eventually provide surgical abortions.

Here's what Wisconsin legislators and advocates on both sides of the abortion issue had to say about the U.S. Supreme Court ruling overturning…

Some anti-abortion rights groups, like Pro-Life Wisconsin, want to alter a provision in the state's near-complete abortion ban that allows abortions for when it's necessary to save the mother's life.

Phil Hands: The battle for abortion rights in editorial cartoons

Take a look back at some of Phil Hands' favorite editorial cartoons about the fight for abortion rights.

Gov. Tony Evers: "I will do everything in my power" to protect abortion rights

Evers said he "will do everything in his power" to fight the ruling, including pardoning individuals charged under Wisconsin's nearly complete…

Kahli Harvey: 'How many more ways can my country tell me I'm not a full person?'

Elisabeth Lentz: Pregnancy 'would put my life at risk'

'It's not over': With signs and guns, hundreds rally in Downtown Madison to protest end of Roe

The first few stops for the tour include Madison, Milwaukee, Chicago, St. Paul and Minneapolis, with more cities to be announced soon.

Emilie Heidemann is a multimedia journalist for the Wisconsin State Journal. She joined the team in August 2021 to primarily cover economic issues, tech and businesses in the greater Madison area.

A business model that allows workers to have a stake in how their employer pays and supports them while also tackling social issues is gaining traction in Madison and statewide.

Inflation is a "sustained increase in the growth rate of the general price level," explained Menzie Chinn, professor of public affairs and economics at UW-Madison.

Madison's Amulet is a startup that has worked since 2016 to put the science of food allergen detection into the hands of the everyday consumers via wearable sensor that can test for allergens like soy and peanuts in a minute.

Women are disproportionately represented in the fields of computing and engineering, according to figures from the Pew Research Center. Women make up 25% and 15% of the workforce in those industries, respectively.

A recent Wisconsin Policy Forum report states that 52.7% of white adults own the homes they occupy in Madison. Only 30% and 15.3% of Hispanics and Black adults, respectively, own their homes.

MilliporeSigma, a company that makes ingredients used in various pharmaceutical drugs, Wednesday unveiled its expanded Verona space to help meet rising demand for a compound used in cancer treatments that can serve as an alternative to chemotherapy.

After eight months of disagreement over the condition of the 12-story Downtown building that houses Paisan's restaurant, the Madison Plan Commission Monday evening unanimously approved a demolition permit for the structure.

As Madison companies move to embrace paid parental leave benefits for their employees, experts say that more is needed from governments and workplaces to create a strong social safety net for workers with newborns. The U.S. remains one of the only developed countries in the world without a national standard for paid parental leave.

The U.S. Department of Labor said last week that inflation reached a 40-year high of 9.1% in June.

Zovar Fine Art opened last fall in Stoughton's Downtown despite an economy that has not been kind to small businesses and artists.

Adey Assefa thinks that a good way to start solving some of Madison's greatest issues surrounding diversity, equity and inclusion is to "listen."

Madison startup promoter gener8tor is slated to celebrate 10 years of helping to build early-stage companies the week of Forward Fest, which is Wisconsin's largest technology and entrepreneurship event. The festival will include a variety of affairs throughout the city of Madison from Aug. 15-19. 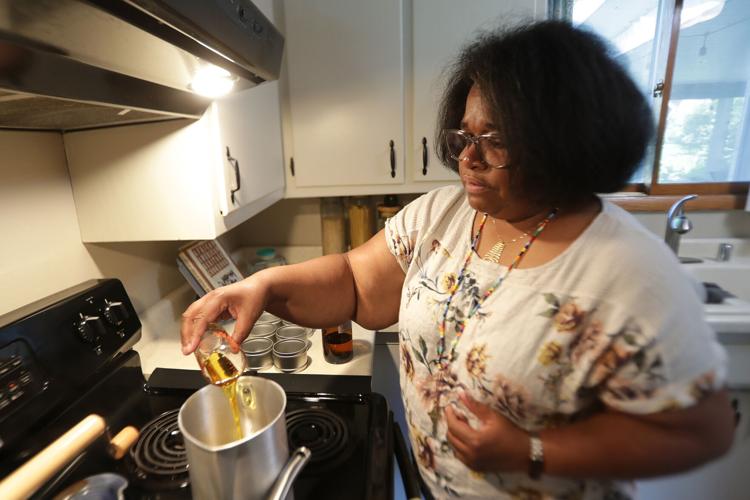 Jasmine Banks adds scent to a batch of candles for her business, Perfect Imperfections 608, in Madison. Banks is an entrepreneur and participant in the Infamous Mothers 45-city tour, which will raise funds for a $250,000 renovation to the company's West Side space. 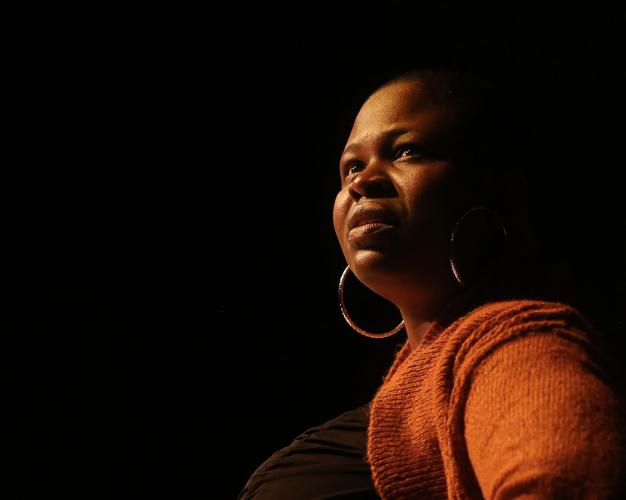 Sagashus Levingston rehearses for "Infamous Mothers," a Strollers Theatre production based on her 2017 book. 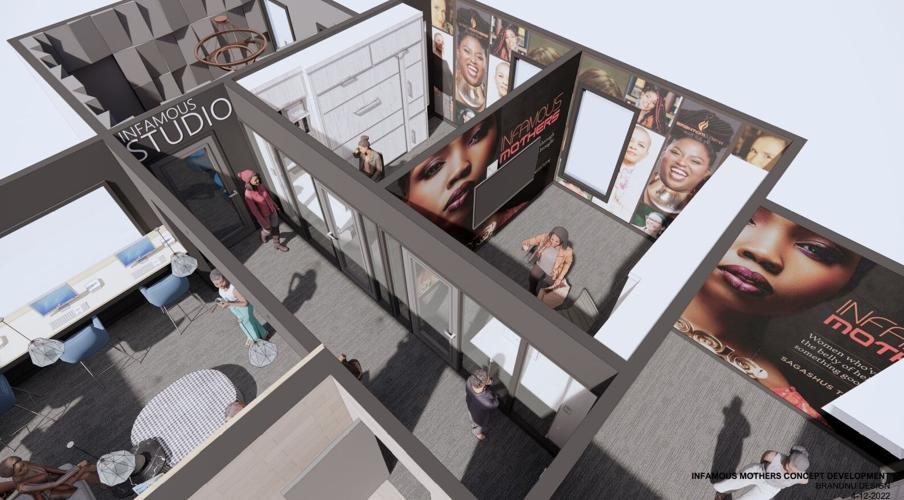 A rendering depicts what the Infamous Mothers West Side space could look like once it is unveiled in 2023. 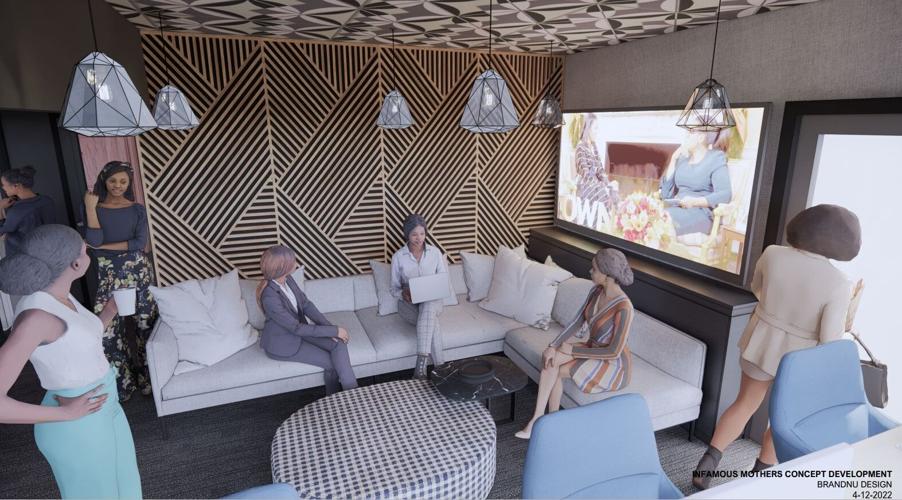 A rendering depicts what the Infamous Mothers West Side space could look like once it is unveiled in 2023. The project's estimated cost is $250,000. 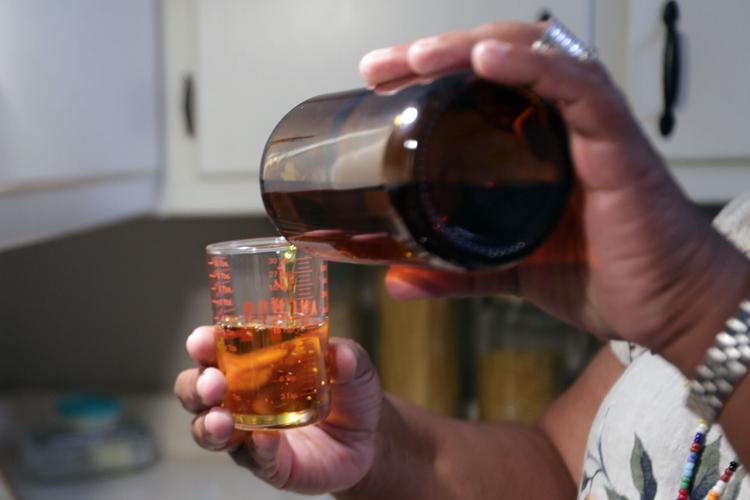 Jasmine Banks measures out lavender scent to add to a batch of candles for her business, Perfect Imperfections 608, in Madison. 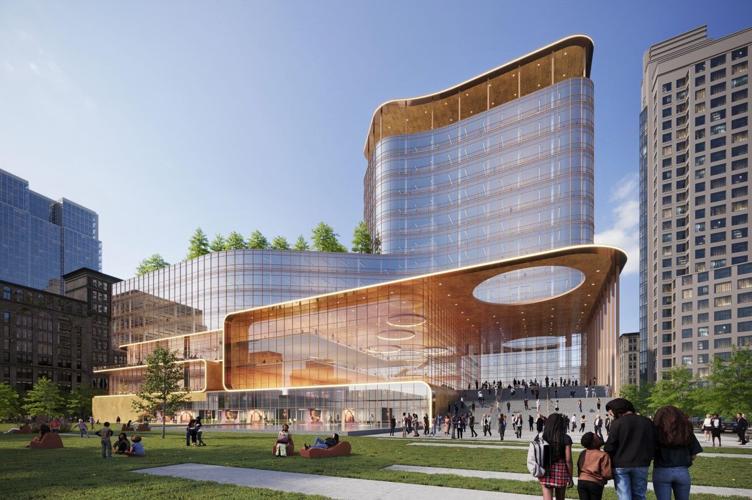 A rendering depicts Infamous Mothers University. The organization's online co-working space would be located inside the virtual school. 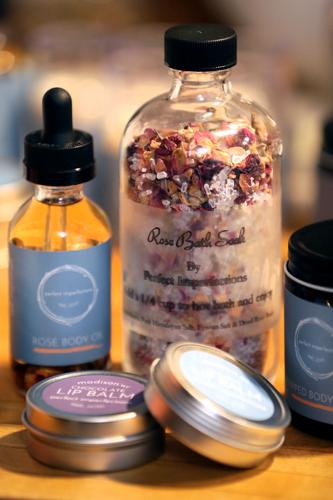 Jasmine Banks makes a variety of goods for her business, Perfect Imperfections 608, in Madison. 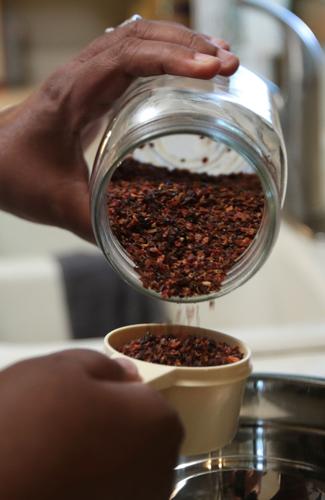