To paraphrase the owner of a popular Madison ice cream shop (and in reference to one of its most popular flavors): This $&@! just got serious.

The Chocolate Shoppe Ice Cream Co. is vowing a legal fight after the new owner of the building on Atwood Avenue that houses its walk-up ice cream shop locked the company out. The new owner of the building, meanwhile, claims the Chocolate Shoppe is trying to hold his company to a poorly written, unenforceable lease to keep it from opening its own ice cream store at the site.

Chocolate Shoppe CEO Dave Deadman said in a statement that at about 9 a.m. Wednesday “we discovered that the new owners of the building had entered the building without our consent or knowledge and barred our entry. Due to the hostility in this new relationship, we’ve been forced to close our Atwood location for the remainder of the 2019 season.”

The seasonal ice cream shop, which has no indoor seating, has been a popular fixture in the Atwood neighborhood for six years and usually closes in mid- to late October, depending on the weather.

Casey Davenport, a partner with the building’s new owner, D Port Properties, acknowledged that his company changed the locks on the store, but said Deadman was warned more than a year ago that his lease would end Sept. 30 and was given first dibs on buying the property.

Deadman said it was not “financially feasible” for the Chocolate Shoppe to buy the property at the price sought by former owners Teresa and Rashid Ouabel, who also run Bunky’s Catering on Atwood.

So instead, D Port, which also owns Best Buds Landscaping in Madison and The Merrimac Scoop ice cream store at the Merrimac Ferry, paid $159,900 for the 354-square-foot building at 2302 Atwood Ave. The sale closed Tuesday. The Ouabels had paid $48,500 for the building in 2007, according to Madison property records.

Davenport acknowledged that the Ouabels “did not give themselves a way out of the lease” but said no court would agree that a poorly written lease should continue in perpetuity despite the property changing hands.

“That is for the courts to decide,” Deadman said. “Poorly written or not, it still is a lease.”

The family-owned Chocolate Shoppe began in 1962 and has six local locations. It’s known for irreverently named flavors such as Kitty Kitty Bang Bang and This $&@! Just Got Serious and the self-aware marketing slogan “you want nutrition, eat carrots.” Deadman said it would like to remain at the Atwood location for “many more” years.

Davenport said D Port Properties sells Chocolate Shoppe ice cream at The Merrimac Scoop, but wasn’t sure it would be able to do so if it’s eventually able to open its own ice cream shop in the Atwood location.

Taking risks whether as an entrepreneur or the leader of an established company is essential to economic advancement and innovation, keynote speaker Jean Case said.

U.S. Agriculture Secretary Sonny Perdue said it's getting harder for farmers to get by on milking smaller herds.

A lawyer for D Port properties, new owner of the tiny Atwood Avenue building that houses Chocolate Shoppe Ice Cream, said the company has agreed to leave the building by Oct. 31. 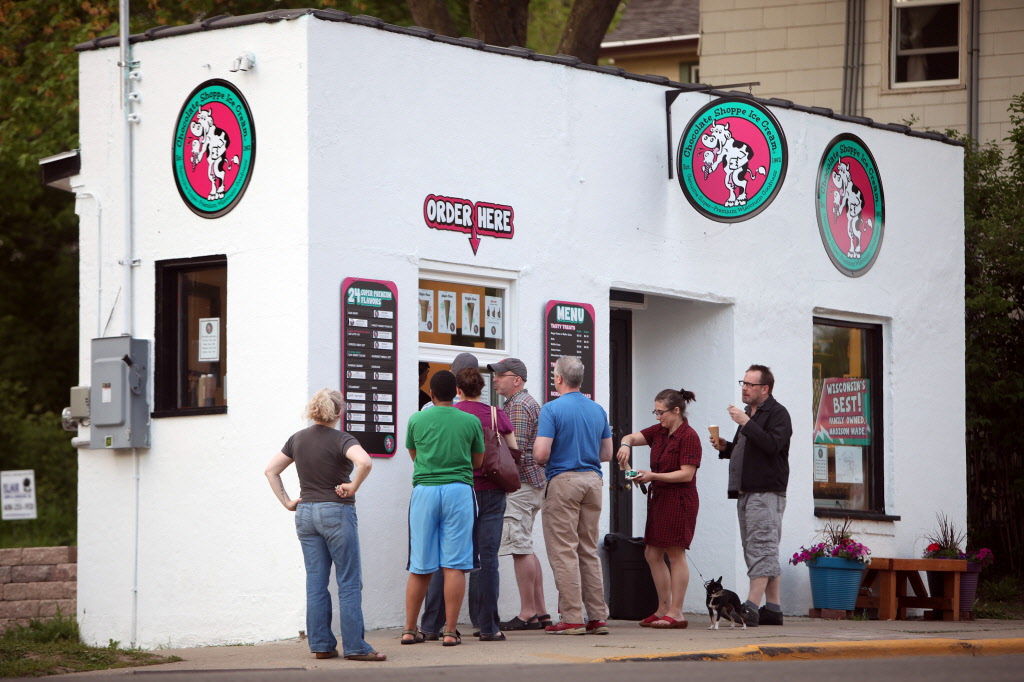 Chocolate Shoppe CEO Dave Deadman says the ice cream shop was locked out of it location at 2302 Atwood Ave. Wednesday by the building's new owners. 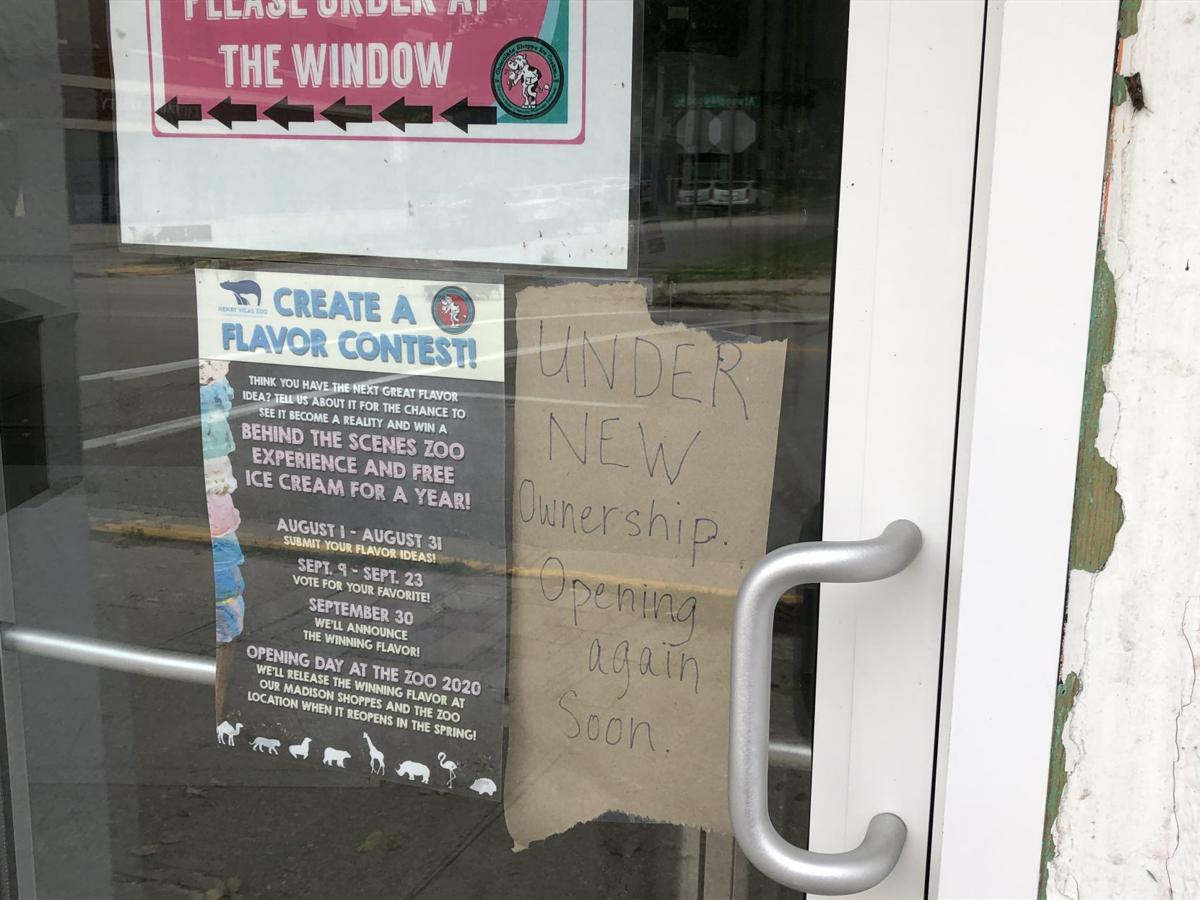 A sign made out of paper toweling in the window of the Chocolate Shoppe on Madison's East Side Wednesday reads, "Under new ownership. Opening again soon."