Belleville will soon be getting a remodeled grocery store while the new owners of the business are adding to their portfolio of Piggly Wiggly stores.

Tegan Counihan, Tanya Haessly and Bryce Haessly, owners of Piggly Wiggly grocery stores in Waunakee and Lodi, have purchased Burreson’s Foods on Belleville’s north side and will convert the store to a Piggly Wiggly, according to a press release.

Darin Burreson, however, will continue to own and operate Roy’s Market in New Glarus, a business founded in 1956 and which he purchased in 2016 from Jon and Judy Ziltner.

The Belleville store is scheduled to close in early February, when it will undergo remodeling before reopening on March 2. The store is the only grocery business in the community of 2,556 people.

“We hope to keep all current team members on, and hire lots of new team members,” the new ownership group said in a Facebook post. “We know it is an inconvenience to be closed for a short time, but we look forward to seeing some great changes and bringing you the best store possible.”

Counihan and the Haesslys purchased their Lodi store in 2016 when the previous owners, Duane and Debbie Westlie retired. In 2021, the ownership group purchased the Waunakee store after Sue and Rich Wipperfurth retired after 43 years in the grocery industry, including 23 years in Waunakee, according to the Waunakee Tribune.

Founded in 1918 as a supplier to independent grocery stores, C&S now supplies more than 7,700 independent supermarkets, chain stores, military bases and institutions with over 137,000 different products.

Just eight years after opening its 400th store, Kwik Trip has now doubled the number of its locations.

In 2017, Kwik Trip purchased 23 Madison-area PDQ stores and 11 more elsewhere in the state and in 2020 purchased 36 stores in Wisconsin and northern Illinois from Madison-based Stop-N-Go.

The company, which operates as Kwik Star in Iowa, has more than 28,000 employees in Wisconsin, Iowa, Minnesota and northern Illinois.

U.S. cheesemakers have won a court case in which a federal judge ruled gruyere does not have to come from the Gruyère region of Europe to be sold under the gruyere name.

A consortium of Swiss and French cheesemakers from the region around the town of Gruyères, Switzerland, sued in U.S. District Court in Virginia after the federal Trademark Trials and Appeals Board denied an application for trademark protections.

The consortium said gruyere — often a mild, smooth-melting cheese that’s a favorite for fondues — has been made in the region since the early 12th century to exacting standards and cheese made outside the region can’t truly be called gruyere, similar to the argument that champagne can be only be applied to sparking wines from the Champagne region of France.

But the U.S. Dairy Export Council and other groups opposed the trademark protection. They said American consumers understand the gruyere name to be generic, applying to cheeses of a certain style regardless of their place of origin. Gruyere cheeses from Switzerland won the World Championship Cheese Contest in Madison in 2008, 2010 and 2020.

In a decision made public earlier this month, U.S. District Judge T.S. Ellis ruled against the Swiss consortium, finding that American consumers do not associate the gruyere name with cheese made specifically from that region. While similar trademark protections have been granted to Roquefort cheese and Cognac brandy, Ellis said the same case can’t be made for gruyere.

“It is clear from the record that the term GRUYERE may have in the past referred exclusively to cheese from Switzerland and France,” Ellis wrote. “However, decades of importation, production, and sale of cheese labeled GRUYERE produced outside the Gruyère region of Switzerland and France have eroded the meaning of that term and rendered it generic.”

Among other things, he cited the fact that the Food and Drug Administration regulates use of the gruyere name and that none of the requirements specify its place of origin.

Shawna Morris, a senior vice president for trade policy with the U.S. Dairy Export Council, said the legal battle over gruyere is part of an increased effort in Europe to seek international trade protection for a variety of products, including gorgonzola, asiago and feta cheeses and bologna lunch meats.

“We’re thrilled that the judge made a great call here, in our view,” she said.

The European consortium did not return an email seeking comment. In court papers, its lawyers argued that Swiss and French gruyere is “painstakingly made from local, natural ingredients using traditional methods that assure the connection between the geographic region and the quality and characteristics of the final product.” They said allowing others to use the gruyere name would confuse American consumers.

U.S. consumer prices rise by most in nearly 40 years

Side hustles that are perfect for both introverts and extroverts

Side hustles that are perfect for both introverts and extroverts

Why you should expect higher prices on milk, eggs, cheese and meat

Why you should expect higher prices on milk, eggs, cheese and meat

Also, a regional shopping center in Sun Prairie has another new tenant.

From Libya, via Turkey, sold in Stoughton: Store brings taste of North Africa to Norwegian city

Mena Spices are the basis for Turkish Imports & Spices in downtown Stoughton.

Sunne Boutique and Trend Boutique have brought more choices and help anchor opposite ends of the corridor.

On Retail: Major award for Room of One's Own; Canoecopia to return to an in-person event

Gretchen Treu and Wes Lukes have been named 2021 Superstars by Publisher's Weekly, a program that honors up-and-comers in the book business while Canoecopia returns to Alliant Energy Center March 11-13.

The move, already a standard at many of its urban stores, is designed to prevent drive-offs and to free up employees from constant monitoring.

How André Leon Talley left his mark on the fashion world 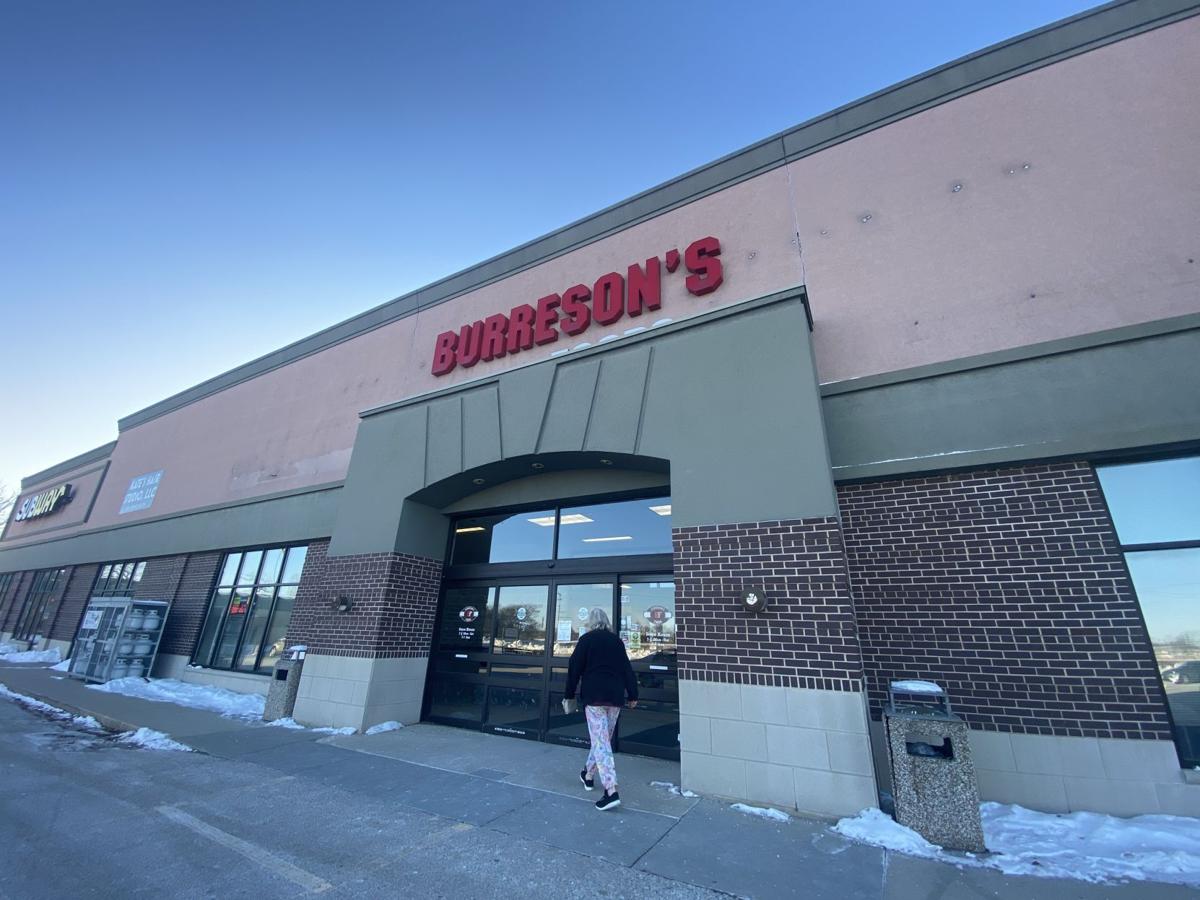 Burreson's Foods in Belleville has been sold and will transition into a Piggly Wiggly. The store will close in early February for remodeling and reopen in early March. The new ownership group also owns Piggly Wiggly stores in Lodi and Waunakee. 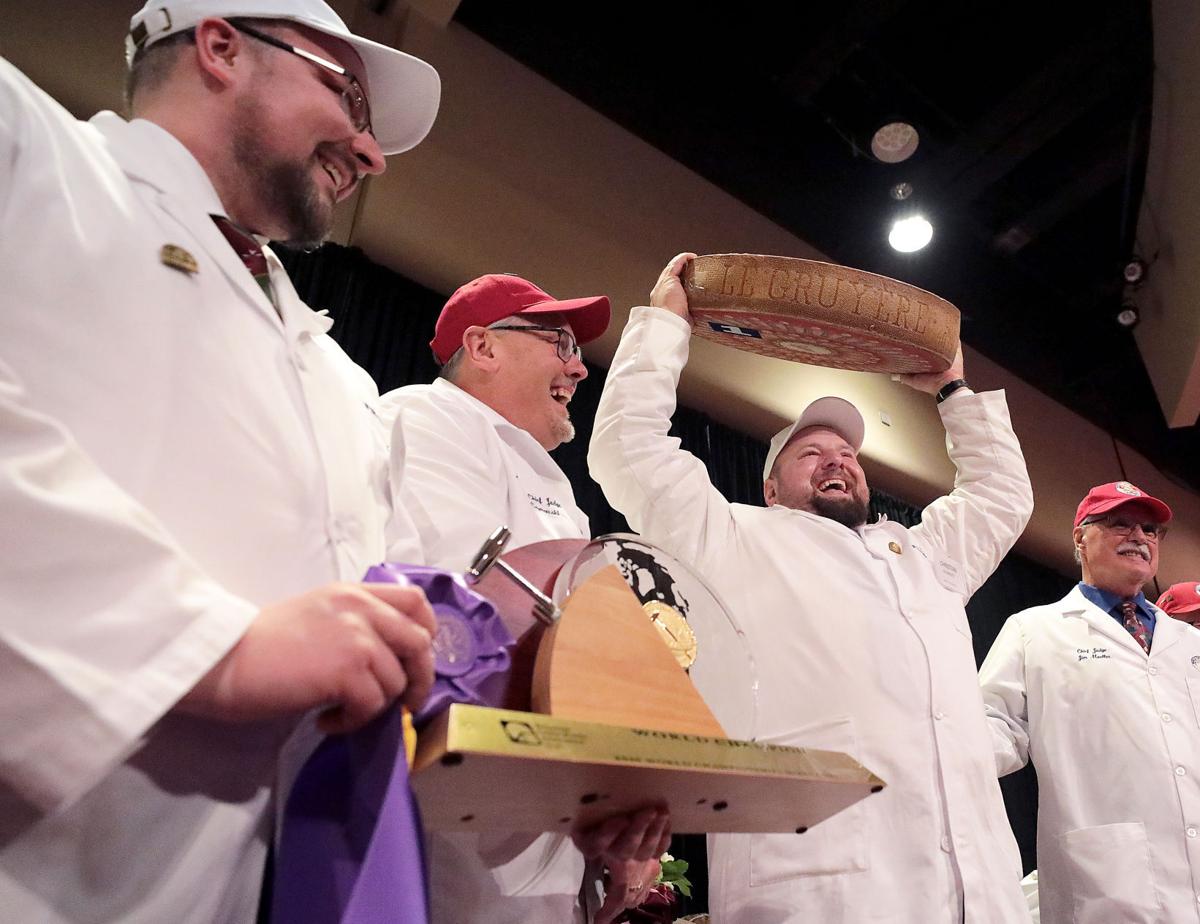 Christian Schmutz of the Swiss Cheesemakers Association hoists a 77-pound wheel of gruyere from Switzerland, which was named the top cheese at the 20200 World Championship Cheese Contest at Monona Terrace. A Swiss gruyere also won in 2008 and 2010. 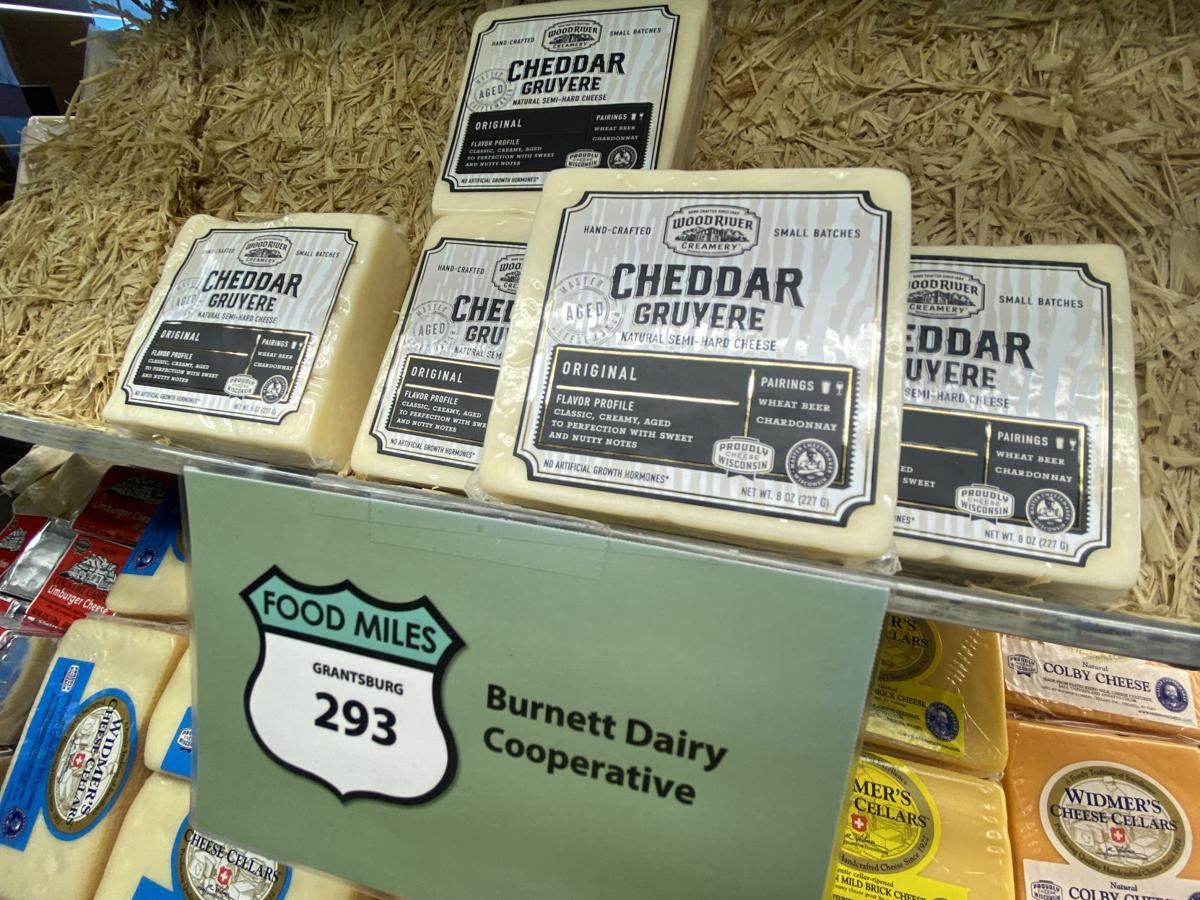 Blocks of gruyere from Wood River Creamery, part of the Burnett Dairy Cooperative in Grantsburg, are displayed at Metcalfe's Market at Hilldale. 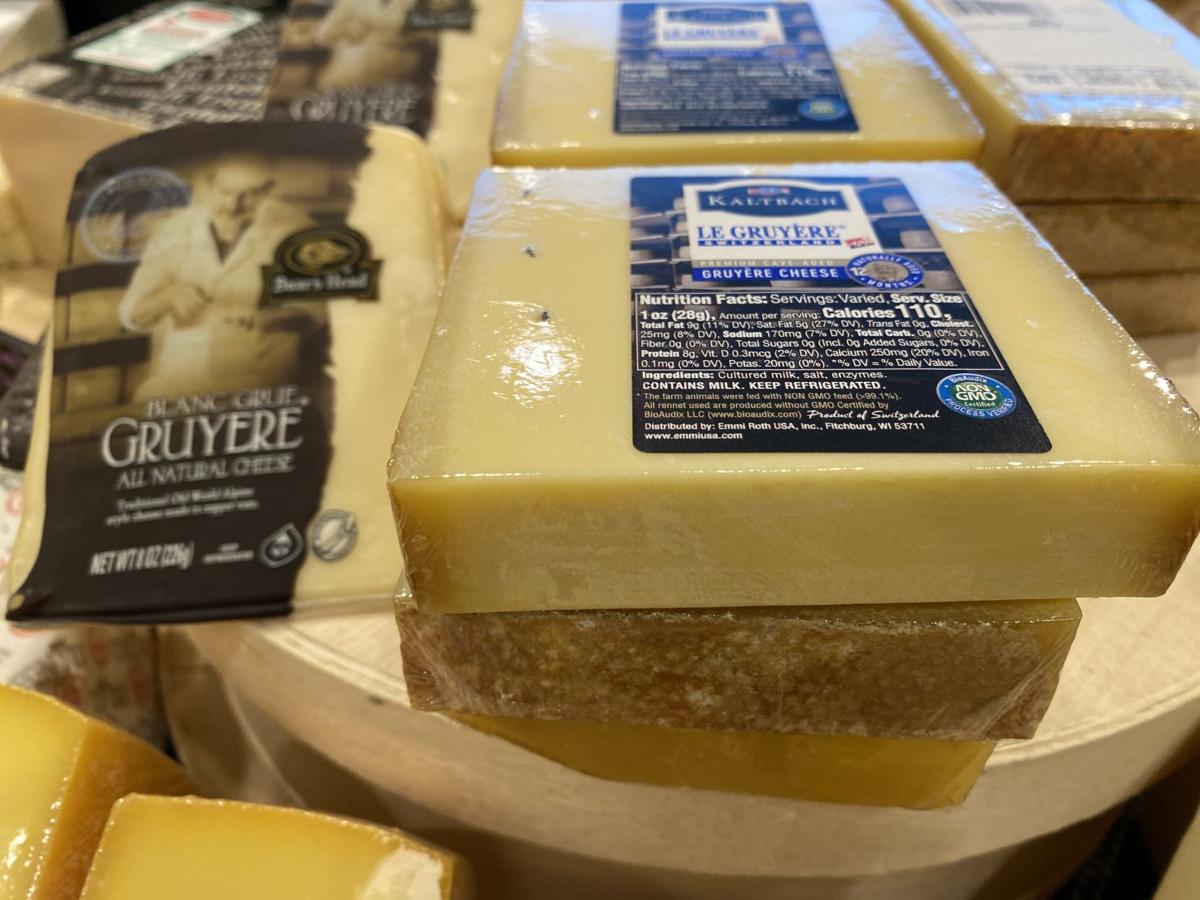 Kaltbach cheese, seen here at Metcalf's Market at Hilldale, are aged in a cave located in the Alpine Valley of Switzerland. 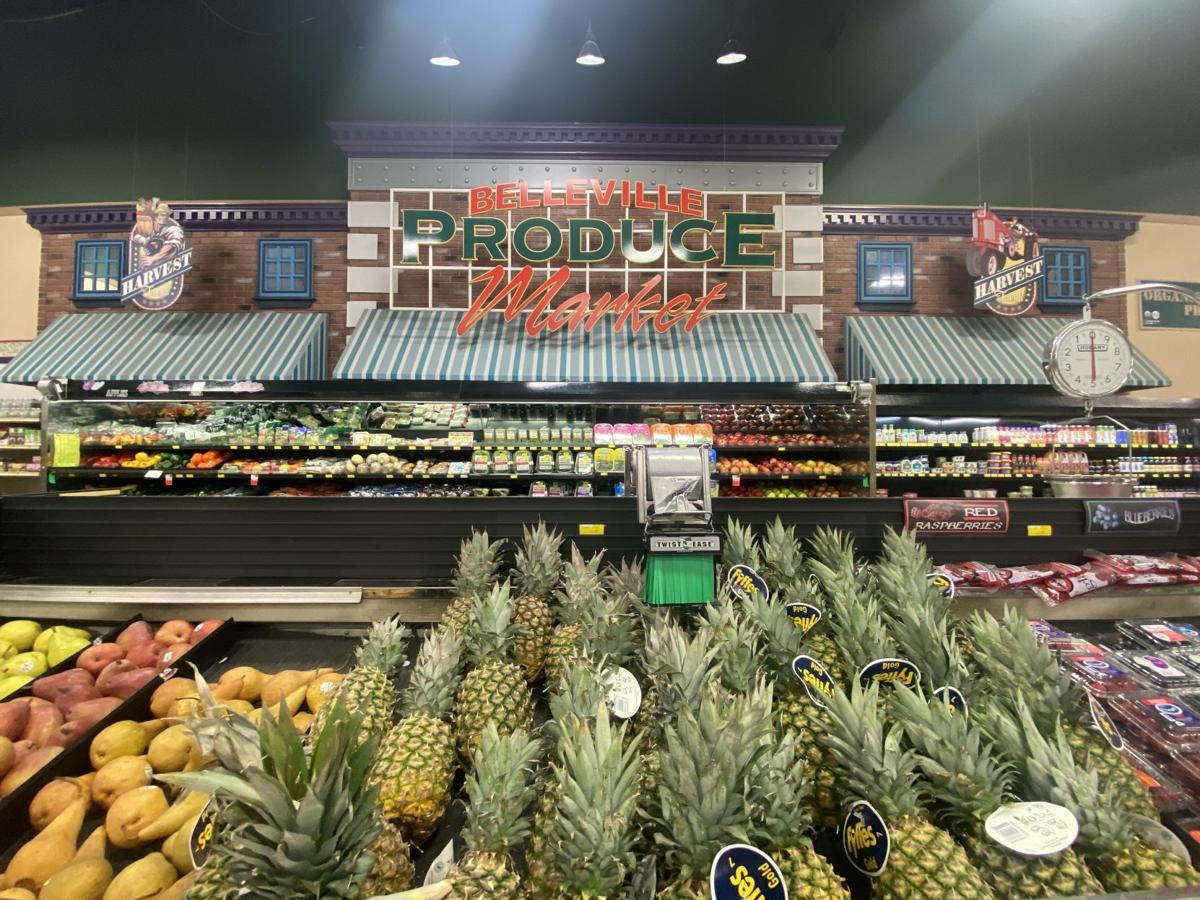 Burreson's Foods in Belleville will be getting a new look and upgrade. The store has been sold and will become a Piggly Wiggly. 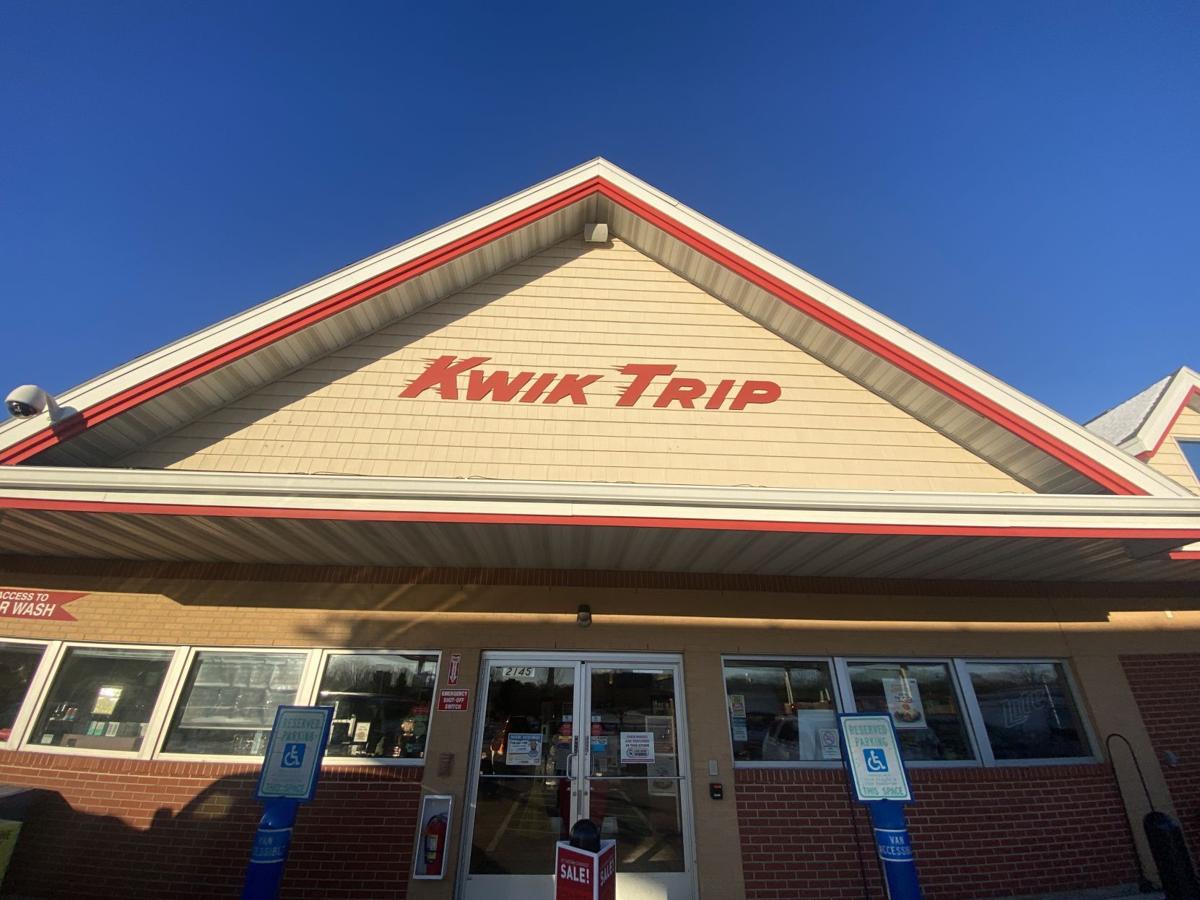 Kwik Trip is continuing its rapid expansion in the Upper Midwest. The La Crosse-based company has just opened its 800th store.