It was late spring and coronavirus outbreaks had forced some of the nation’s largest meatpacking plants to close, which meant there were no buyers at the local sales barn.

With grocery store shelves empty, his neighbors were clamoring for beef. But the few local slaughterhouses still in business were already booked solid for months.

Hermanson was stuck feeding cattle who were growing too fat and losing value.

“It’s frustrating when you can’t sell the animal and you have neighbors who want to buy it,” said Hermanson, a fifth-generation dairy farmer who sold his herd several years ago to focus on grain and beef.

While the large packing plants have since reopened and meat has returned to supermarket shelves, the COVID-19 pandemic spotlighted a long-simmering problem.

Over the past decade, as interest in local food has grown, roughly a quarter of Wisconsin’s state-inspected meat processors have shut down or stopped slaughtering. That has created a bottleneck that has forced farmers to haul animals to remote lockers, schedule butchering dates more than a year in advance or sell to big packing houses for a fraction of the price they could get from local buyers.

The reasons for the decline are varied and complex. Inspected slaughterhouses are expensive to build, highly regulated, and not suited for all locations. The work is hard and requires a high level of skill.

And it’s more profitable to resell “boxed meat” — prime cuts from packing houses — than to try to sell the whole animal, said Phil Schmidt, owner of The Meat Block in Greenville and president of the Wisconsin Association of Meat Processors.

“Everybody wants the tenderloin and the ribeye,” Schmidt said. “We’re spoiled. We want what we want.”

“The way we think in this American economy is primarily about efficiency,” Durand said. “People liked 5,000 a day because they got cheap meat.”

But after the COVID-19 pandemic forced people to shelter in place, Durand said there was suddenly new interest in what had been a niche market for local food.

Durand, who buys from local slaughterhouses, said his business doubled. It would have tripled, but he couldn’t get enough meat.

“People are cooking at home. They can’t eat at restaurants,” he said. “There’s the size of it — a lot of people don’t want to go to the grocery store. They don’t like the idea of 5,000 animals and 5,000 people touching it.”

The butcher bottleneck is holding back farmers at a time when farmers could be expanding to take advantage of those new local markets, said Bobbi Wilson, policy and special projects coordinator for the Wisconsin Farmers Union.

“We know the demand is there,” Wilson said. “Consumers want to buy products directly from farmers.”

Steve Tschanz, 61, has raised cattle for most of his life, raising mostly breeding stock and “feeder cattle” that he sold to finishing operations, which fatten the animals for market

When supermarkets ran out of meat, Tschanz saw an opportunity. One of his sons posted an ad on Facebook for some meat he had on hand.

In the first weekend after posting an ad, he had three customers drive across the state from the Milwaukee area to his farm in Blair. That’s when he realized he’d better set up some slaughter dates.

But when he started calling around, Tschanz found the nearest meat lockers were booked for months.

“At one point I had appointments at more than half a dozen lockers,” he said.

The problem for farmers like Tschanz is that once animals reach a certain size, they need to be slaughtered. If they get too big, the animals suffer and start to lose value. And when hay costs $200 a ton, every extra day of feed eats into the farmer’s profit.

That has forced some farmers to haul their animals to plants more than 100 miles away, costing them time and fuel, said Kirsten Jurcek, who raises grass-fed beef in Jefferson County.

“I know a lot of people going to Black River Falls and Viroqua. It’s crazy,” Jurcek said. “It’s not fair to the animal. It’s not sustainable. It’s more expensive. But it’s the only option.”

The other choice is to sell the animals at auction, but commodity prices are a fraction of what a farmer could get selling to local customers.

“You can sell them at the sales barn,” Tschanz said. “But there you’re not even breaking even.”

Several years ago Rachel Henderson started raising a few hogs on her Dunn County fruit farm as a way to augment her income and diversify the business.

“They do a really good job of apple cleanup,” Henderson said.

But when a processor about 30 miles away closed down, her local slaughterhouse was suddenly booked for months, forcing Henderson to haul her pigs to a processor nearly an hour away.

Henderson adjusted her planning this year, but she’s nervous about adding more hogs.

“It might be a little tenuous,” she said. “If they went away I’d be worried about what we’d do.”

The goal of the program is to teach students how to break down an animal and prepare them for entry-level work in butcher shops and meat lockers.

Despite the surge in demand, industry experts say the steep costs — about $1 million to $2 million for a small slaughtering facility — make it a risky investment when it’s not clear if the market will still be there in four or five years.

“It’s more than just opening a facility and killing animals,” said Jeff Sindelar, a UW-Madison professor of animal science and extension meat specialist. “There’s this whole other stuff behind the scenes, which in some cases is more than what people want to do.”

“It’s not something that somebody can just learn quickly,” Schmidt said. “There’s a lot of background.”

Marty and Terry Prem are co-owners of Prem Meats and Catering in Spring Green, a business started by their father in 1984 as a way to make some side money butchering wild game. When they expanded in 2012, the brothers thought about adding a commercial slaughterhouse but were wary of spending $1.5 million on something they had no experience operating.

A few years later they decided to test the waters with a “mobile slaughter unit” — a custom-built 28-foot refrigerated truck with electricity, running water and stainless steel walls. The crew drives the truck onto a farm, slaughters the animals in the field and then skins, guts and quarters the carcasses on board before returning them to the shop in Spring Green, where they are aged before butchers break them down into prime cuts.

They started Natural Harvest with one-and-a-half employees and a goal of processing three cattle and five pigs a week. Today, as the only state-inspected mobile slaughter operation, they have 10 full-time employees doing 30 cattle and 25 pigs a week and are scheduled through the end of 2021.

“It’s grown much quicker than we anticipated,” Marty Prem said. “It really works well with the business. It’s a way we can source local meat.”

A few miles up the road from Hermanson’s farm, April Prusia raises Gloucestershire Old Spots, a rare breed of pig she said is “known for being super docile and delicious.”

Twice a year, the Natural Harvest team pulls up and electrocutes the pigs as they eat — “doing what they love,” Prusia said.

Because her pigs graze on grass, clover, walnuts and apple pulp rather than feedlot rations, Prusia can’t always ensure they are at the ideal weight when the truck shows up, but she said her customers appreciate the unique flavor and knowing the animals are treated humanely.

“I love the way she raises her animals,” said Marie Raboin, who serves Prusia’s pork at her Brix Cider farm-to-table restaurant in Mount Horeb. “Her animals never see any stress.”

Raboin, who works as conservation specialist for Dane County, said the pigs’ treatment and diet translates into flavor.

“It tastes porky,” she said. “It actually has flavor, as opposed to what you get in the store.”

While not all animals get the same treatment as her pigs, Prusia said conventional farmers like Hermanson are also producing high-quality meat, but without a direct connection to consumers the value is lost.

“Their animals are special,” she said. “But they’re not getting a premium price.”

Prusia and Hermanson are now exploring the idea of forming a cooperative processing plant to allow farmers to capture more of the value from their animals and to know their consumers.

“When you don’t have that connection, the farmer’s losing the ability to profit,” she said. “If we let this get too far out of our reach it’s a killer. A killer for family farms.”

PennyWise Episode 21: What child tax credits mean for your family

The State Journal's Oct. 25 story “Lack of butchers chokes farm-to-table connection” makes the case that cruelty is fine as long as it’s local…

Bologna, sausages of all sorts and, of course, bacon star in international competition at UW-Madison

The German Butchers Association has sent a team of judges to UW-Madison to judge meats from around the United States and Canada.

The Department of Agriculture, Trade and Consumer Protection said Thursday that it has placed the unnamed farm under quarantine and is working with local, state and federal authorities to investigate the outbreak and assist with carcass disposal and cleaning.

Trails close to home: Parks initiative offers access to urban adventure for all

Madison has long enjoyed a reputation as a two-wheel haven. But opportunities for off-road adventures are limited, usually involving a trip to a neighboring community or beyond. A new plan seeks to change that.

US: Sirens blare as tornado warning issued for Chicago area

'Let me give you a flash': Hear Dr. Fauci fire back at critics

'Let me give you a flash': Hear Dr. Fauci fire back at critics 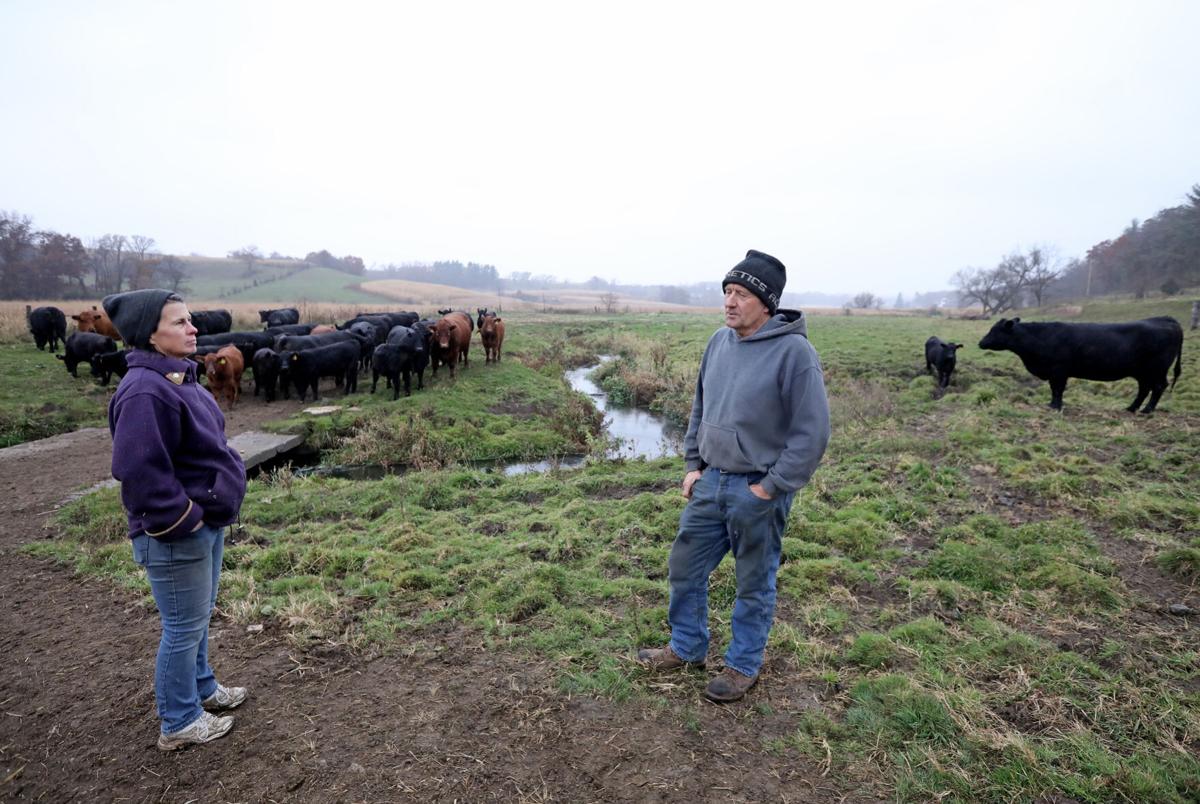 Steve and Kelly Hermanson with their red and black Angus cattle on their farm in Blanchardville. A shortage of small slaughterhouses has made it harder for farmers like the Hermansons to sell their meat to local buyers. 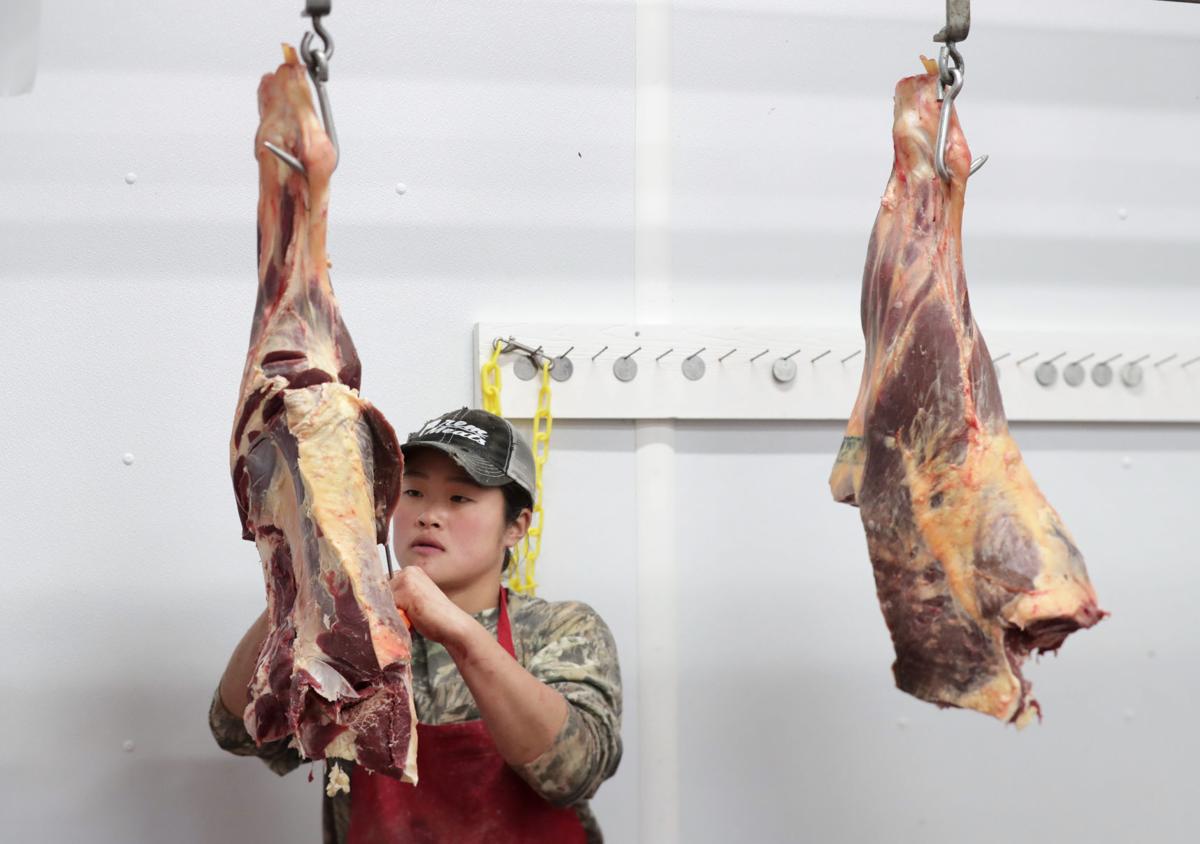 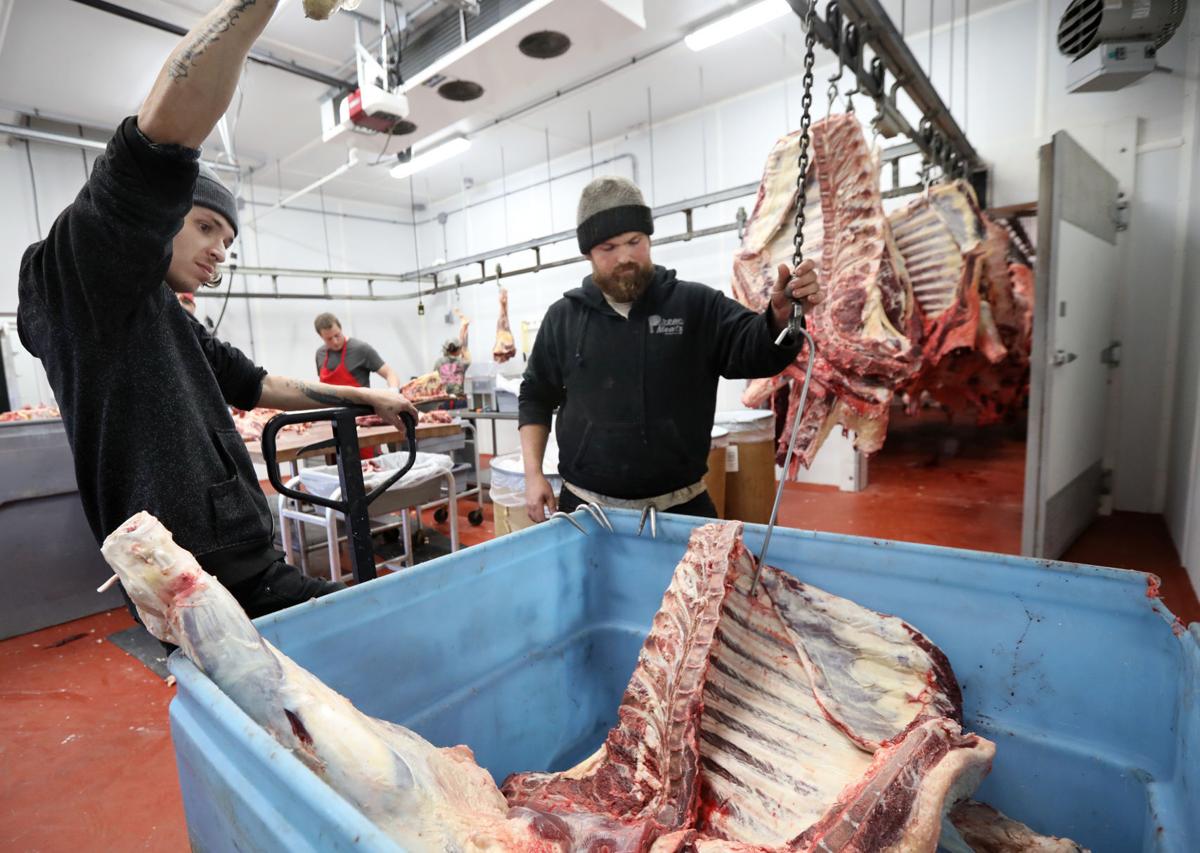 Edward Mendez, left, and Jesse Evenson unload beef from a truck that does on-site slaughtering at Prem Meats in Spring Green. The mobile business, known as Natural Harvest, has grown about tenfold since its start in 2016 and is booked through 2021. 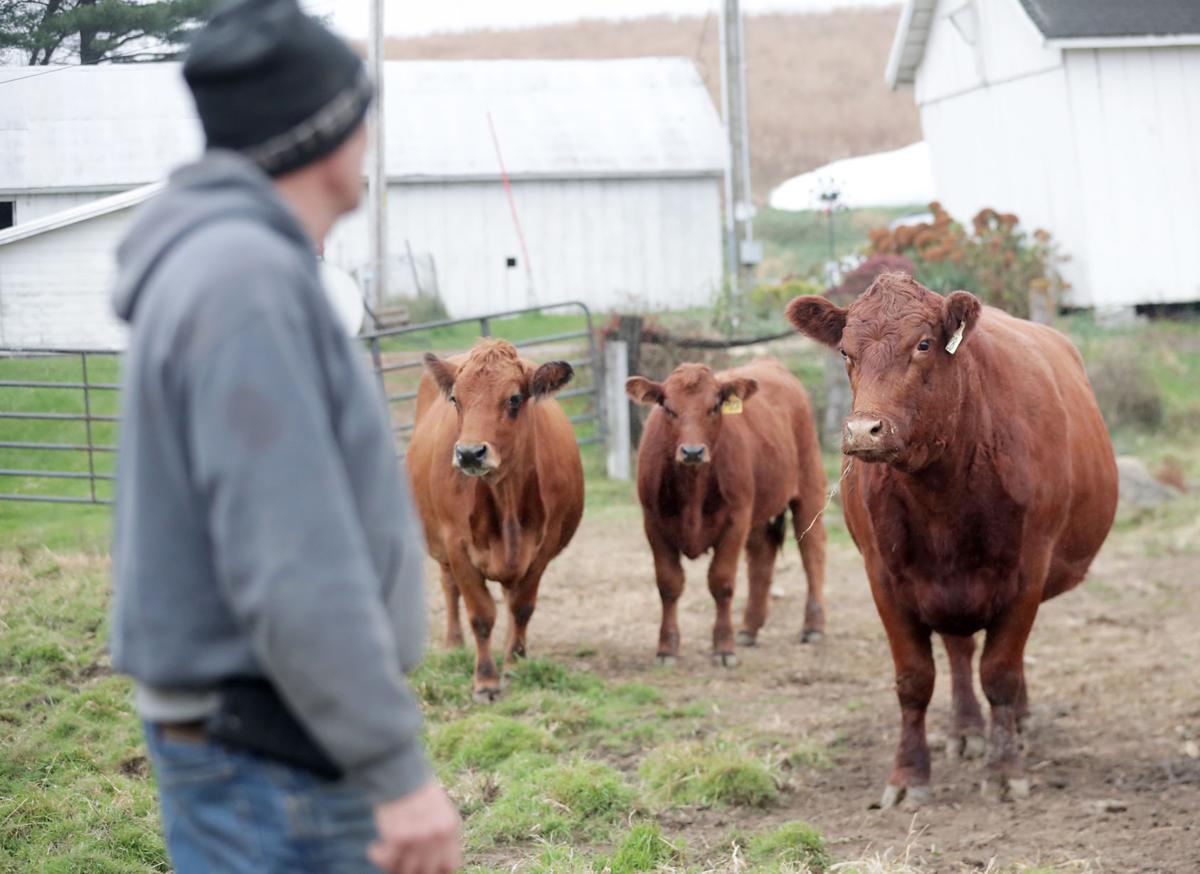 Steve Hermanson, a fifth-generation dairy farmer from Blanchardville, now raises beef cattle. He is considering starting a cooperative processing plant to help farmers like himself sell meat to local customers instead of to large packing houses. 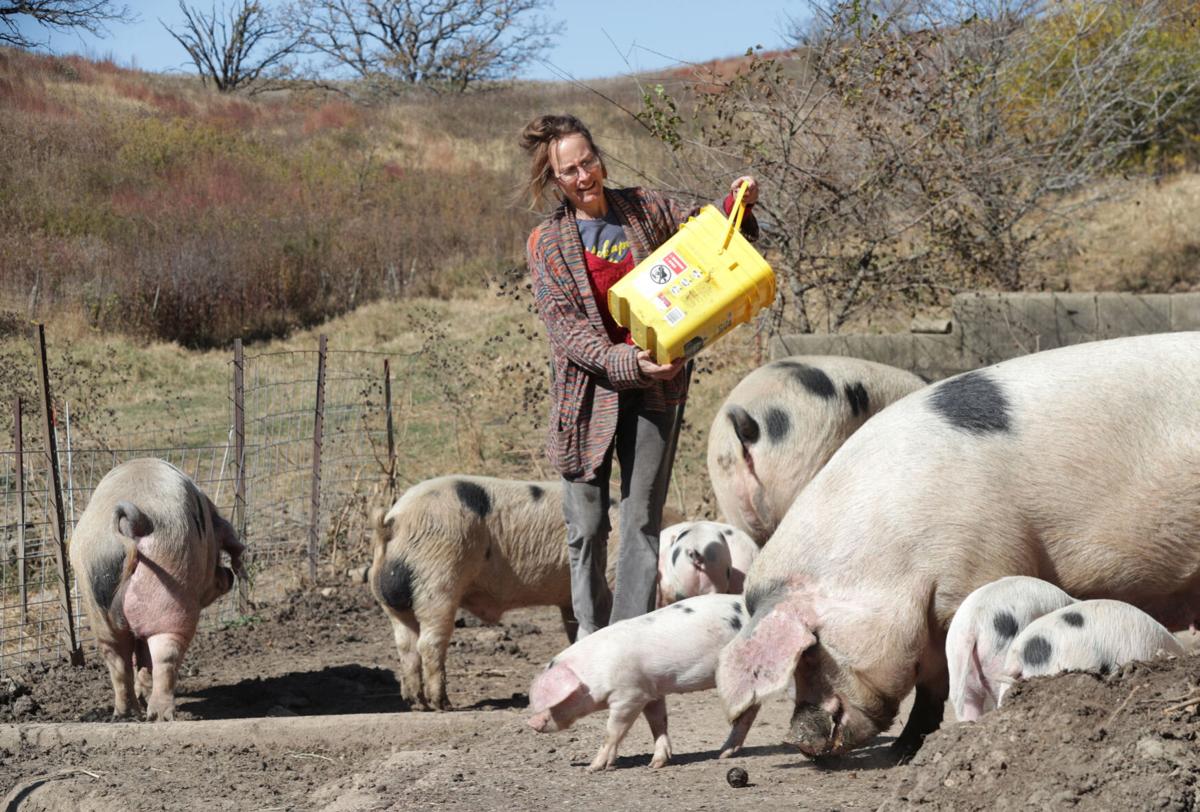 April Prusia feeds black walnuts to her Gloucestershire Old Spots pigs on her farm in Blanchardville. 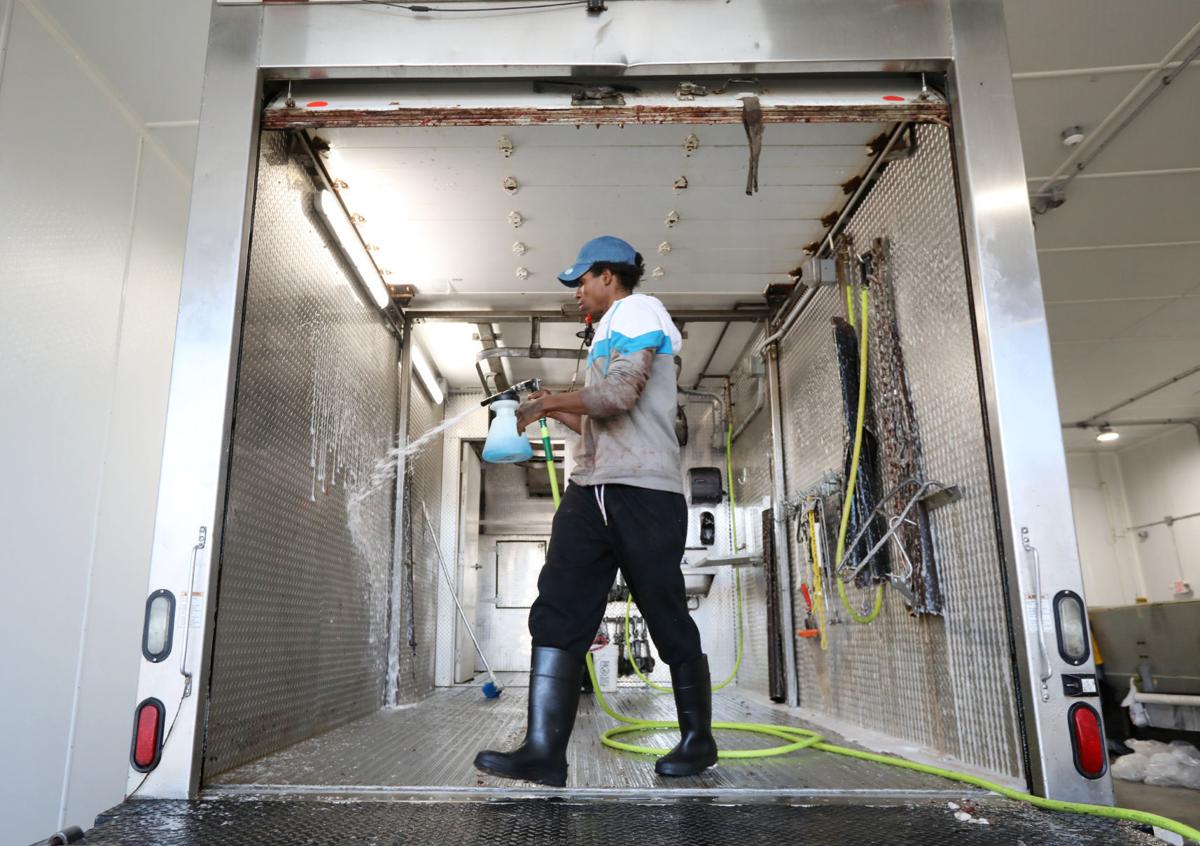 Marshawn Kufa cleans a mobile slaughtering truck operated by Prem Meats in Spring Green. The truck processes about 30 cattle and 25 pigs a week and is booked through 2021. 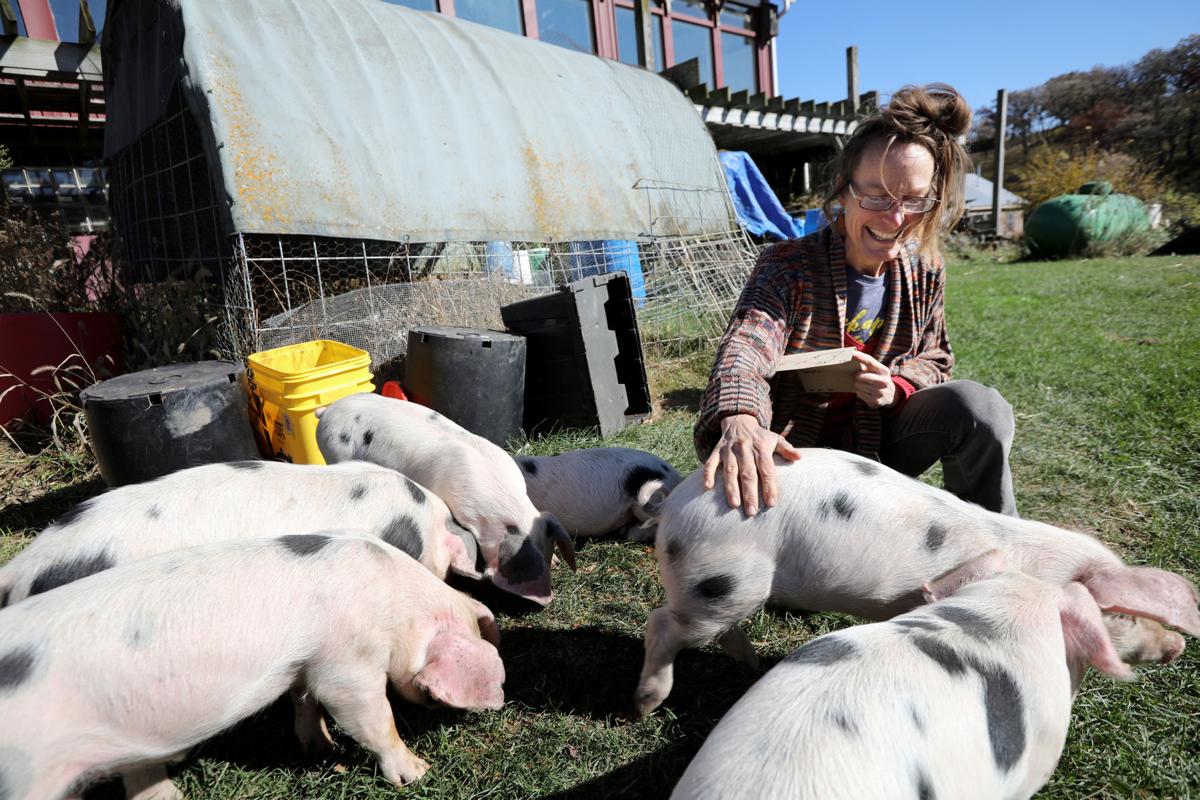 April Prusia said customers appreciate the unique flavor of her pigs and knowing the animals are treated humanely. 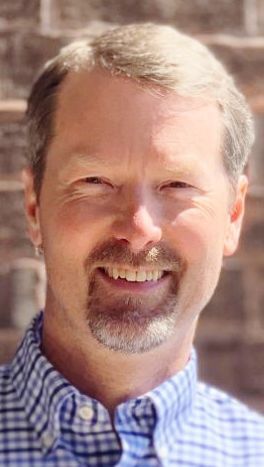 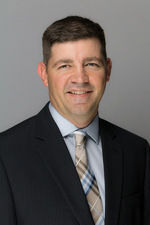