But what makes Aztalan State Park along the Crawfish River worth a visit is the history.

Native American people occupied this part of Jefferson County for thousands of years. But for about 150 years, beginning around the year 1050, the local Woodland people, known for their effigy mounds, were joined by Cahokians who had left their Mississippian civilization near what is now St. Louis to establish a fortified town and build flat-topped pyramidal mounds.

Today, the 172-acre property is considered Wisconsin’s “premier” archeological site. And visitors to the park will soon get a rare chance to hear first-hand from those who have spent much of their professional lives studying the remnants of what was left behind after the Cahokians mysteriously abandoned the town around 1200.

“It’s really unusual to get everybody that’s worked at the site together at one time,” said Bob Birmingham, executive director of the Friends of Aztalan State Park and former state archeologist. “We’re kind of excited because they all have new discoveries to talk about. It’s really a marvelous opportunity.”

Three archeologists and two anthropologists will offer up guided tours between 10 a.m. and 3 p.m. Saturday. Sponsored by the Wisconsin Historical Society Office of the State Archaeologist and the Friends group, the event is free but a state park sticker or day pass is needed to enter the park, located near the intersection of highways B and Q one mile east of Lake Mills.

Birmingham will guide the first tour at 10 a.m. He’s spent over 20 years studying the archeology and former residents of Aztalan, taught anthropology at UW-Waukesha and is an expert on effigy mounds. An award-winning author, the Madison man was given a Wisconsin State Park Hero Award in 2007 for his work in promoting Aztalan State Park.

The 11 a.m. tour will feature Ricki Kubicek, an archeologist with the state Department of Natural Resources, and the noon tour will be led by anthropologist John Richards, a retired UW-Milwaukee professor who has been studying Aztalan for nearly 40 years. In 1984, for example, he analyzed the contents of “eight feet of neatly deposited layers of cultural remains that spanned several hundred years,” according to the Milwaukee Public Museum.

Sissel Schroeder, head of the Department of Anthropology at UW-Madison, will lead the 1 p.m. tour. Schroeder’s expertise includes the micro-historical investigation of households, ancient architecture, planned communities and built landscapes as expressions of social order. Aztalan had homes, a public plaza and at least four platform mounds. One served as the base of a home for a leader, another held a mortuary building, and another a temple.

Schroeder has taken part in multiple digs at Aztalan and believes the Woodland and Cahokians likely coexisted.

“Trying to understand how multiethnic communities formed has a lot of relevance for today’s society,” Schroeder told the Wisconsin State Journal in 2015 during an excavation. “How do people of different cultural traditions come together, establish a community and sustain that community for multiple generations?”

The day’s final tour at 2 p.m. will be led by Amy Rosebrough, an archeologist with the Wisconsin Historical Society and one of the foremost experts on effigy mounds in Wisconsin. Rosebrough was among those who helped bring a dugout canoe out of Lake Mendota last fall, and in 2017 authored a book with Birmingham on mound builders of Wisconsin.

According to the DNR’s website, most of the Aztalan people lived in small pole and bark structures covered with clay for insulation. They grew corn, squash, gourds, sunflowers and other crops and hunted deer, and at times may have been at war with other Native American people in the area.

Aztalan’s beginnings as a park date to 1922, when a group of concerned Jefferson citizens purchased the few conical mounds remaining from a group that once numbered more than 40. In 1927, the property was turned over to the Wisconsin Archeological Society, but in 1947 the Wisconsin Legislature directed the state Conservation Commission to acquire the land as a historical memorial park. The commission, the precursor to the DNR, bought 120 acres, while the Wisconsin Archeological Society and Lake Mills-Aztalan Historical Society donated their lands, with the property opening as a state park in 1952.

The park was designated a National Landmark in 1964 and was added to the National Register of Historic Places in 1966.

Digs at the park have been suspended since early 2020 due to the COVID-19 pandemic but are expected to resume in 2023. Prior to the pandemic, however, researchers from UW-Milwaukee and the Friends group used electronic sensing equipment to survey the depths of the property, something that will be highlighted during Saturday’s tours.

“It showed the extent of a storage pit area in the northwestern part of the site where (the Cahokian people) excavated huge pits where they stored corn in a centralized food depot,” Birmingham said. “It will take archeologists decades to explore.”

The museum closed its space in 2008 but has reopened with a sparkling new facility in the Bronzeville neighborhood and has plans for more development.

Constructed in the early 1900s along Highway N near Lancaster, the barn is getting new life on a different property 3 miles east at Vesperman Farms.

A Country Christmas at the Driftless Historium mixes the paintings of Douglas Eames and the model farm machinery of Tom Brunner.

The locomotive, constructed in 1907, has been undergoing a restoration since late 2013 but could return to the tracks by 2023.

Watch now: World Dairy Expo returns along with the cows 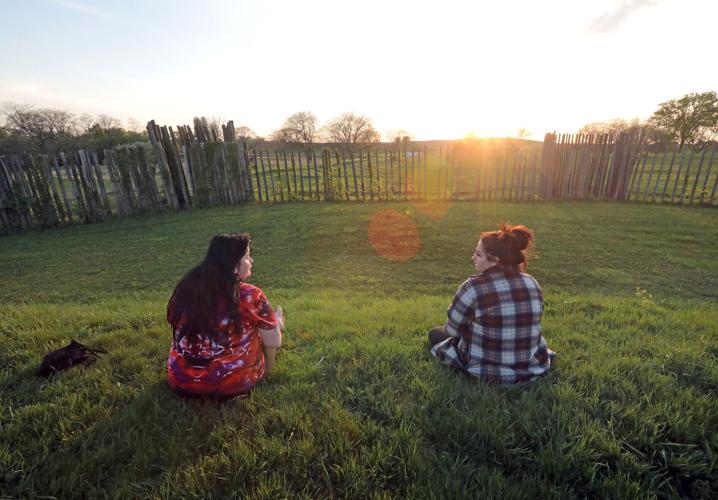 Alex Rose, left, and Jasmine Devant, of Jefferson, take in the sunset Monday from atop a historic earthen platform mound at Aztalan State Park near Lake Mills. On Saturday, archeologists and anthropologists will lead tours of the park, where nearly 1,000 years ago Cahokian people occupied this spot and built a fortified village along the Crawfish River. 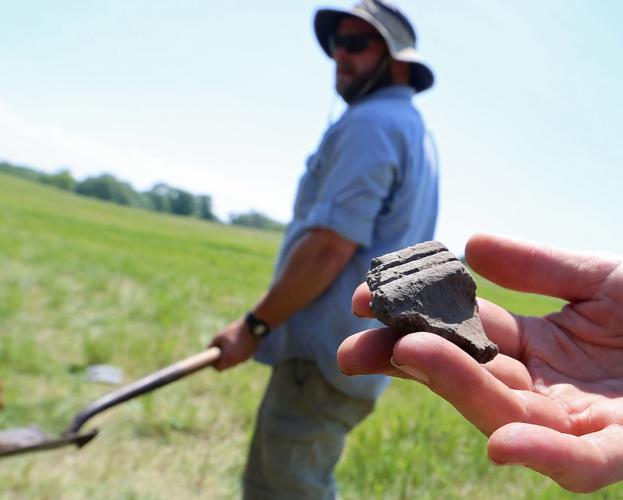 A piece of pottery created by a Late Woodland Indian tribal member is displayed during a 2015 excavation effort by the UW-Madison Department of Anthropology at Aztalan State Park. 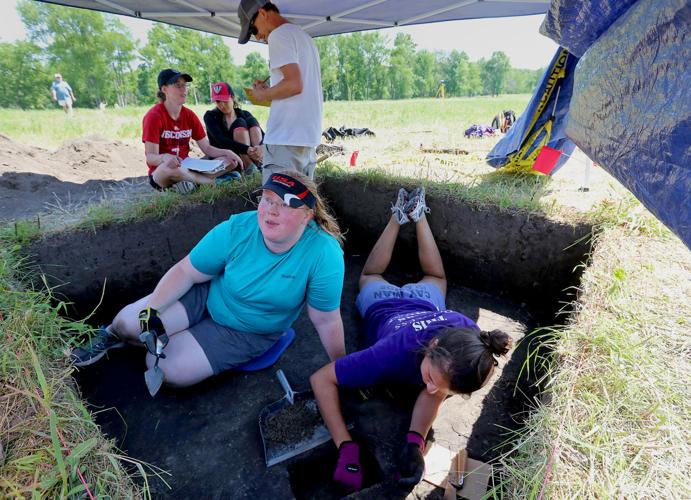 Then-UW-Madison students Jessica Button and Gabby Peterson work in 2015 in a 2-foot-deep square hole that may have been part of a house that had been part of Aztalan, now a state park and one of the state's premier archeological sites. 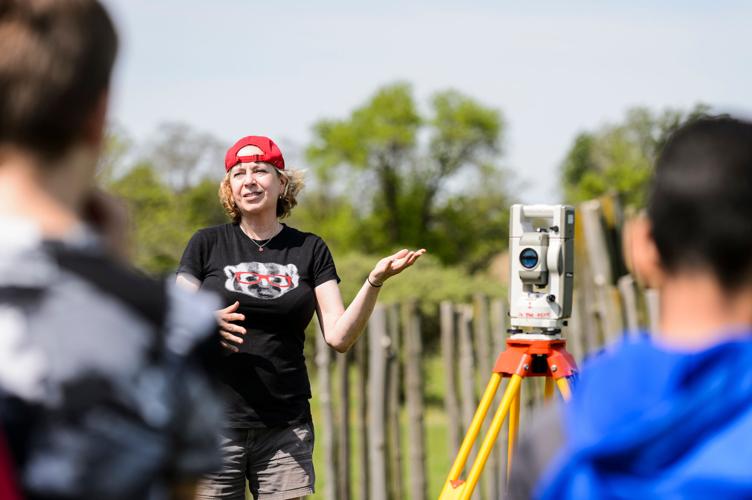 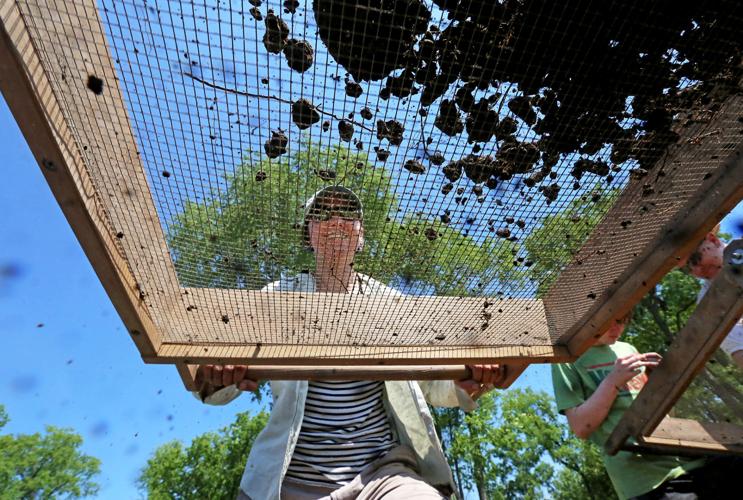 Heather Walden, then a UW-Madison Department of Anthropology graduate student, sends dirt through a sifter during a 2015 excavation effort at Aztalan State Park east of Lake Mills. 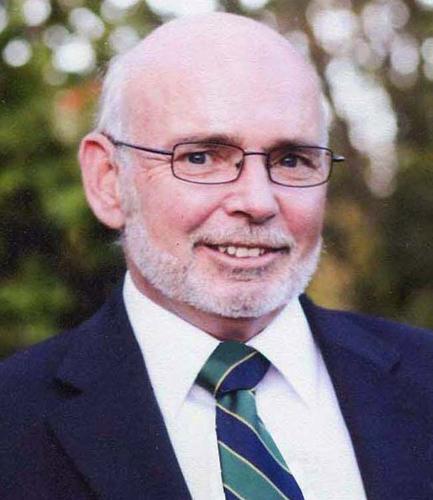