A high-ranking Republican threatened legal action against Democratic Secretary of State Doug La Follette on Thursday for not sending documents to Congress and other states — as required by approved legislation — about holding a convention to amend the U.S. Constitution to limit federal powers.

By late January, the state Assembly and Senate had both approved 2021 Assembly Joint Resolution 9, a measure to amend the U.S. Constitution to impose fiscal constraint, limit the federal government’s power and limit terms of office for members of Congress. It takes 34 state legislatures’ approval for Congress to call a convention and 38 state legislatures’ approval to ratify proposed amendments.

The resolution holds that the secretary of state must send an application to Congress and other state legislatures for a convention of states. But La Follette and his office not only haven’t sent those documents but are rarely returning messages or emails asking whether they’ve done so, according to state Sen. Kathleen Bernier, R-Chippewa Falls, the Senate majority caucus vice chair and chair of the Senate Elections Committee.

“My line of messaging is to the voters of this state: Do you understand what a putz this man is?” Bernier said in an interview. “He just doesn’t understand or do his job appropriately. And he keeps running for reelection.”

In response, La Follette said in an interview that he didn’t send the documents by mail because his office didn’t have enough money. He added that his office has now ordered the envelopes and hopes to send out the documents by Aug. 1, after which time Bernier said she would take legal action.

Asked to provide proof his office had no money to send out the documents, La Follette said, “I would just say that we were running at a deficit, and encouraged to be very careful with our spending.”

“There was creative accounting to keep us from exceeding our budget for the fiscal year so that we didn’t have to take requests for money to joint finance, because we know how that would go,” he continued. “I poked the print center to get an estimate of costs for our current print order for envelopes. I was literally down to pulling old stamps apart and gluing bits together because I couldn’t afford to order new stamps.”

“It doesn’t have to be done by any certain date,” he said. “And because of that, with the lack of resources — both people and money — we put this on the back burner.”

A spokesperson for Kaul didn’t respond to a request for comment to confirm whether there’s a deadline.

In a letter dated Thursday, Bernier told La Follette he refused to complete simple tasks assigned to him by the Legislature, despite “months of repeated contacts from my office.”

On Feb. 9, emails show Bernier’s office contacted La Follette’s office for an update to see if the documents were sent.

On March 11, Bernier said, “My office tried calling your number but no one is answering the phone and there is no way to leave a voicemail. I am checking on the status of this request. Please provide me any updates you might have.”

On March 22, the joint resolution was officially deposited in La Follette’s office.

On May 3, Bernier’s chief of staff, Michael Luckey, sent an email to La Follette’s office saying Bernier’s office had put together a list of names and addresses of the places La Follette needed to send the documents.

“I also offer to assist you in getting these letters in the mail, if that is something you would like,” Luckey said.

On May 25, Luckey sent another email to La Follette’s office stating, “I’m just checking on the status of this.”

On June 21, Luckey sent La Follette’s office another email checking in on the status of sending the documents.

“Still, emails went mostly unanswered and if they were answered, the response was that the job was not done,” Bernier wrote in a letter sent Thursday.

“You finally assigned an enrolled joint resolution number to AJR 9 on June 16, months after failing to perform your statutory duties, but as of today, we still have no idea if you have completed the simple task of mailing a letter,” the letter continued.

“I call on you now to finally do your job and provide me proof that it has been completed by August, 1, 2022, or I will be forced to pursue legal action,” the body of Bernier’s letter concludes.

“Secretary of State, it’s time to step up and perform your task,” Rep. Dan Knodl, R-Germantown, said at a news conference Thursday.

Responding to La Follette’s explanation for not sending the letters, Luckey said, “During that time he could have asked to use our supply of envelopes or stamps. He could have also requested that I print off the letters, or fold them and put them in envelopes. His excuse about not having supplies or staff is simply irrelevant to the question at hand, which is that he is ignoring his job responsibilities.”

La Follette, who a couple of days ago returned from a nearly monthlong trip to Africa, initially said he did not recall getting those emails and said he would ask a staff member whether they came through. He later said his office received the emails, responded to “at least some of her many emails” and told Bernier’s office they were doing the best they could with limited resources.

“We’ve been working very hard to try to find out who to mail them to,” he said Thursday. “First of all, this was a wild concept that we had to mail this out to so many people all over the country.”

The joint resolution, La Follette added, was “one of the strangest things in my opinion.”

In the ad, which was leaked to The Intercept, Johnson draws attention to a mass death incident in San Antonio where over 50 immigrants died in an abandoned trailer, attributing it to lenient liberal immigration policies.

Between 2015 and 2018, Leva Oustigoff, 60, failed to report more than $130,000 he embezzled while serving as chief executive officer and general manager of the St. Croix Turtle Lake Casino, according to prosecutors.

Wisconsin’s secretary of state has no role in elections, but that could change if Republicans are able to flip the seat this year and pass a law that would empower the office with far more responsibilities. 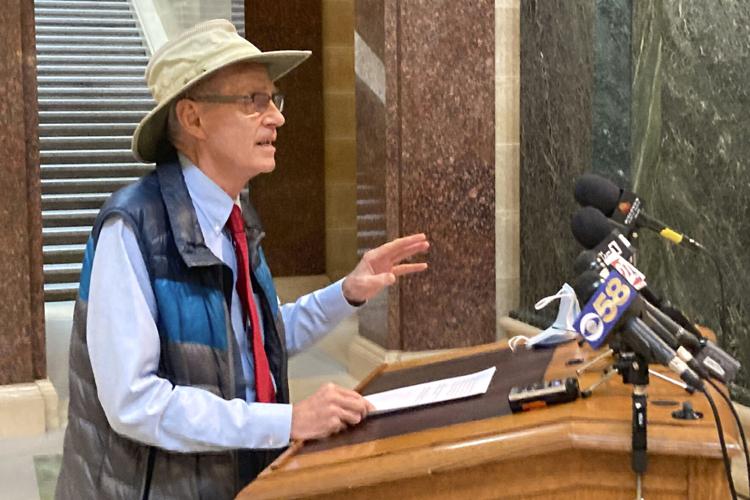 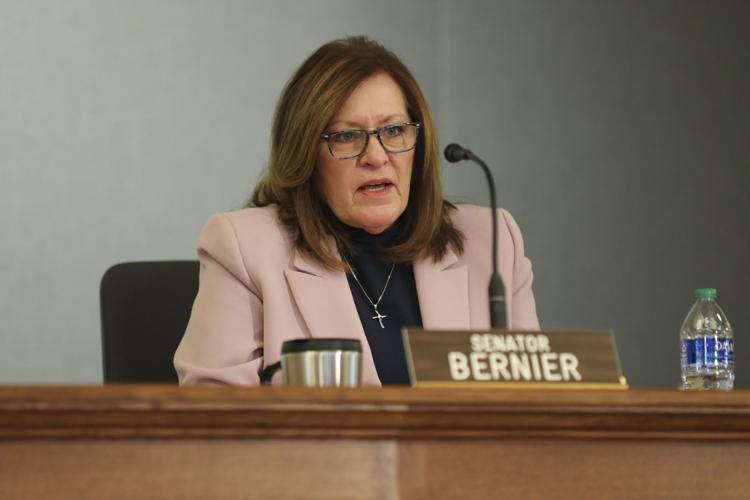